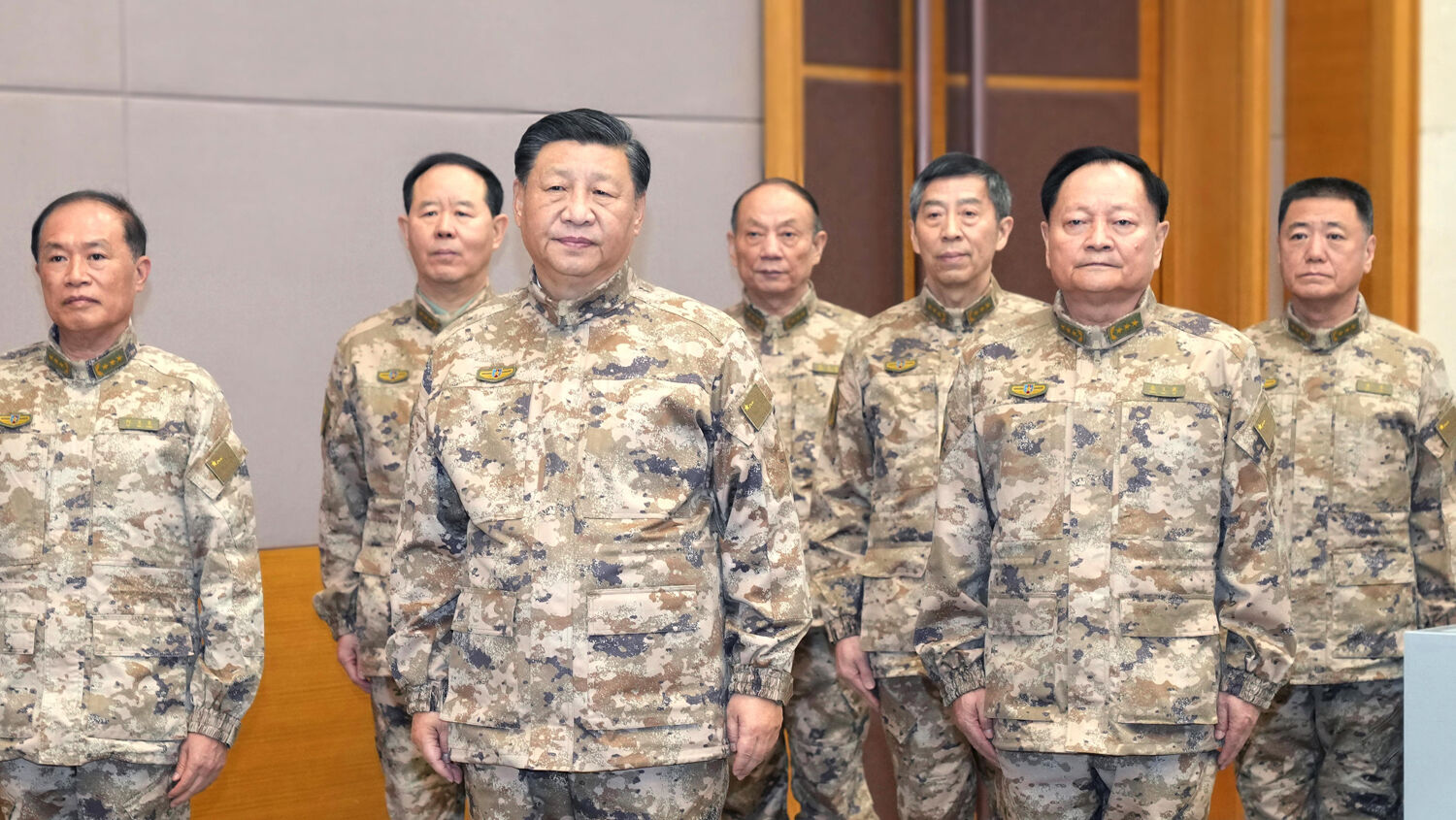 Chinese General Secretary Xi Jinping visited the command station for the Central Military Commission in Beijing on November 8 where he ordered the People’s Liberation Army to prepare for war.

The entire military must … focus on combat ability as the fundamental and only criterion, concentrate all energy on fighting a war, direct all work towards warfare, and speed up to build the ability to win.
—Xi Jinping

Eyes on Taiwan: Xi’s order comes as tensions soar around the Taiwan Strait. Bloomberg reported on November 7 that incursions by Chinese aircraft into territory near Taiwan have reached the highest level since August after United States House Speaker Nancy Pelosi visited the island nation.

This time around, it is the British government that is infuriating China. British Trade Minister Greg Hands announced plans to visit Taiwanese officials in Taipei this week, where he will work to deepen trade between the two nations.

We urge the British side to stop any form of official exchanges with Taiwan and stop sending wrong signals to separatist forces for Taiwan independence.
—Zhao Lijian, Chinese Foreign Ministry spokesman

Xi responded by ordering the People’s Liberation Army to prepare for more provocative shows of force and eventually for war.

World’s largest military: China’s military is the largest on Earth in terms of number of active duty personnel, with some 2 million active troops.

Since coming to power in 2012, Xi Jinping has made painful reforms that put him at the top as unchallenged commander in chief of this massive force.

[H]e not only controls the military but also does it in an absolute manner.
—Ni Lexiong, Shanghai-based military affairs commentator

The Trumpet said: In 1998, after Bill Clinton became the first U.S. president to yield to Chinese pressure and publicly oppose Taiwanese independence, Trumpet editor in chief Gerald Flurry said it meant the days of a free Taiwan were numbered. He wrote:

Once again, America has showcased its broken will to the whole world. … How could anyone fail to see that Taiwan is destined to become a part of mainland China? These 21 million people [now 24 million] are going to be forced into the Chinese mold; and it is going to happen for one reason: because of a pitifully weak-willed America.

Mr. Flurry’s understanding of America’s “pitifully weak” will, and how it will factor into the China-Taiwan dynamic, is based on Bible prophecy. Leviticus 26 records God warning the descendants of “Israel”—here meaning mainly modern Americans and British—that if they refused to turn to Him, then He would punish them in several specific ways. One way, recorded in verse 19, states: “I will break the pride of your power.”

With Xi Jinping’s China growing mightier and more dictatorial, and with America turning more inward, it is clear that Mr. Flurry’s forecast could soon come to pass.