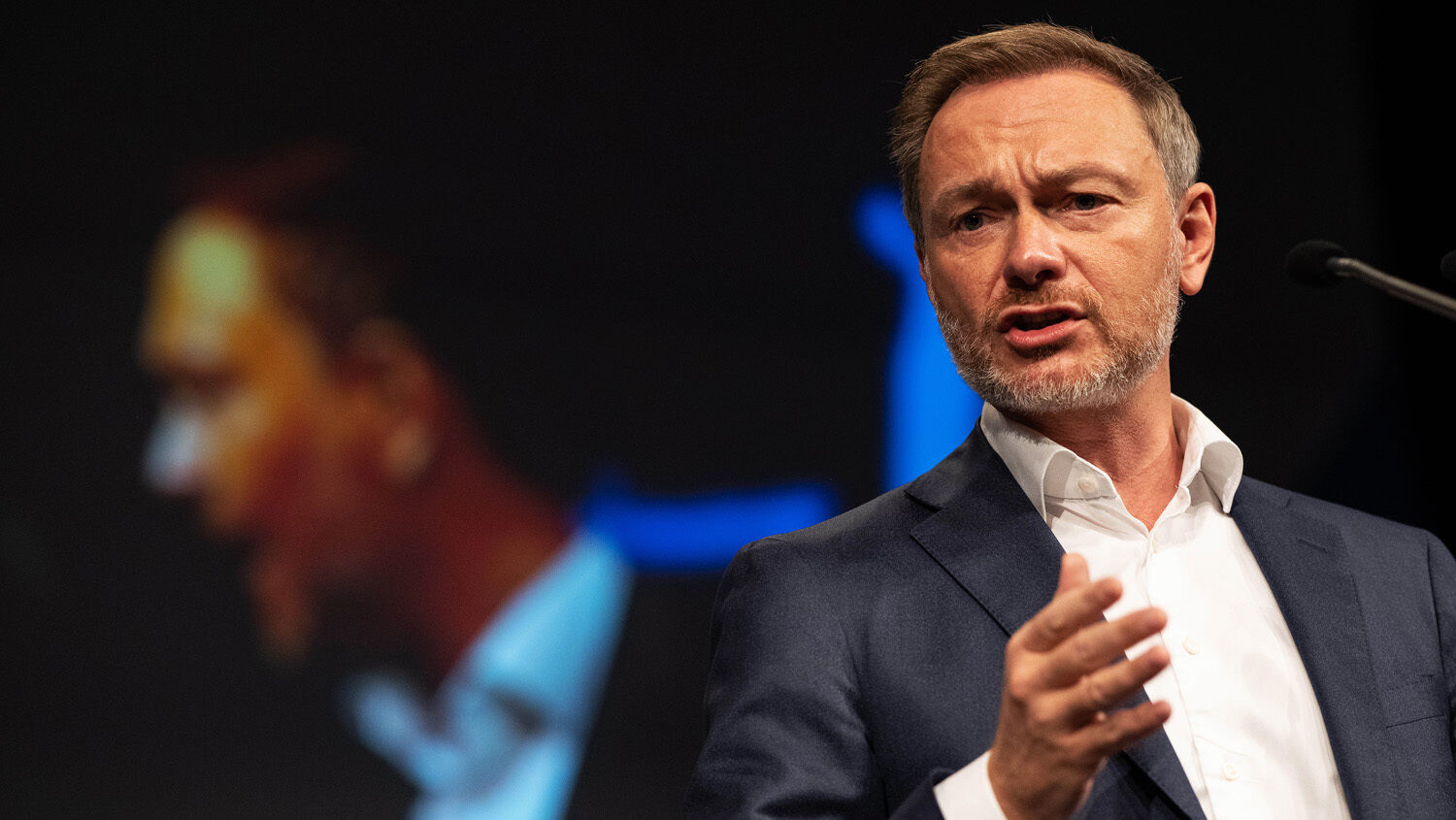 German Finance Minister Christian Lindner signaled his support for introducing a digital euro. Germans fear this could mean the end of cash.

“We should use the introduction of a digital euro for a major leap in innovation: Digital cash can make our everyday lives easier & be a growth engine for the economy,” Lindner tweeted on November 7. He later clarified: “There is no talk of abolishing #cash. On the contrary, we are working to ensure that the planned digital euro has the same properties in terms of privacy as the printed and minted euro.”

Cash on the way out: In a 2022 report, the German Central Bank noted that people withdrew an average of 10 percent less in 2021 than in 2017. Studies found that between 2017 and 2020, the proportion of cash payments “sharply declined.” The trend further accelerated in 2020 due to the coronavirus pandemic and lockdown policies.

The consequences: Since more customers do their business online, banks have closed branches nationwide. The German bank Raiffeisenbank Hochtaunus took it a step further and announced the closing of all its branches by December 1. According to Finanz-Szene, the bank informed its customers: “Deposits and withdrawals at the branch (counter as well as atm) will no longer be possible in the future.”

The danger: Some fear this could be the beginning of a major change. The less cash is used, the less banks will feel obligated to offer it, and the easier it will be for the government to ban it. Though a digital euro promises the option of spending money anonymously, the reality is that once physical cash is abolished, these privacy features could vanish overnight.

In a cashless society, the government could electronically track and control ongoing transactions. It could also overregulate the use of other payment providers or outright ban them.

On the other hand, the introduction of a digital euro could allow Germany and the eurozone to rise to new economic strength as Germany’s finance minister indicated.

Prophecy says: The Bible does reveal that Europe in our day will become an economic superpower. It also shows how it will use this power.

Revelation 17 and 18 prophesy of a coming European empire of 10 nations or groups of nations. These nations will unite in a powerful financial system that may include a digital euro.

Herbert W. Armstrong wrote in the August 1959 Plain Truth that this coming conglomerate of nations “is merely the continuation of the ancient Babylonish system—a union of politics and religion and great economic cartels whose purpose is to rule the world!”

Revelation 18:3 reads: “[A]nd the merchants of the earth are waxed rich through the abundance of her delicacies.” A parallel prophecy in Isaiah reveals that Europe is prophesied to become the “marketplace for the nations” (Isaiah 23:3; New King James Version).

In the context of financial supervision, the Bible reveals Europe will receive unprecedented control over its citizens. Revelation 13:17 reads: “[N]o man might buy or sell, save he that had the mark, or the name of the beast, or the number of his name.”

New technologies make the fulfillment of this prophecy easier than ever. But many misunderstand this scripture.

Referring to this scripture, Herbert W. Armstrong wrote in 1952:

Those who want to participate in any form of commerce will have to take on the “mark of the beast,” meaning everyone will be forced to keep the government’s laws. The Bible uses the symbol of beast to portray empires (see Daniel 7, Revelation 13 and 17). Revelation 17 shows that the final world-ruling empire will be the seventh resurrection of the Holy Roman Empire. In Who or What Is the Prophetic Beast?, Mr. Armstrong explained what the mark of the beast is:

The Roman church caused people to receive the mark of pagan Rome—the Sunday observed by the pagan Roman Empire—and the penalty for disobedience was death! Fifty million or more were put to death—so says history. The Sabbath commandment is the only commandment the world will not accept in its mind (forehead) and obey (by work or rest, with the hand). It is the only commandment that can distinguish between those who have the mark of the beast or the sign of God. … Yes, the mark of the beast once again will be enforced! No one will be able to hold a job or engage in business without it. … But if you obey God—if you are watching, praying without ceasing—you shall be accounted worthy to escape—and come under God’s protection (Luke 21:36).

The mark of the beast is not a digital currency. But a government-controlled digital financial system could be one of various means to ensure that this mark is enforced.

Request a free copy of Who or What Is the Prophetic Beast? to understand Europe’s desire for power and where it will lead.