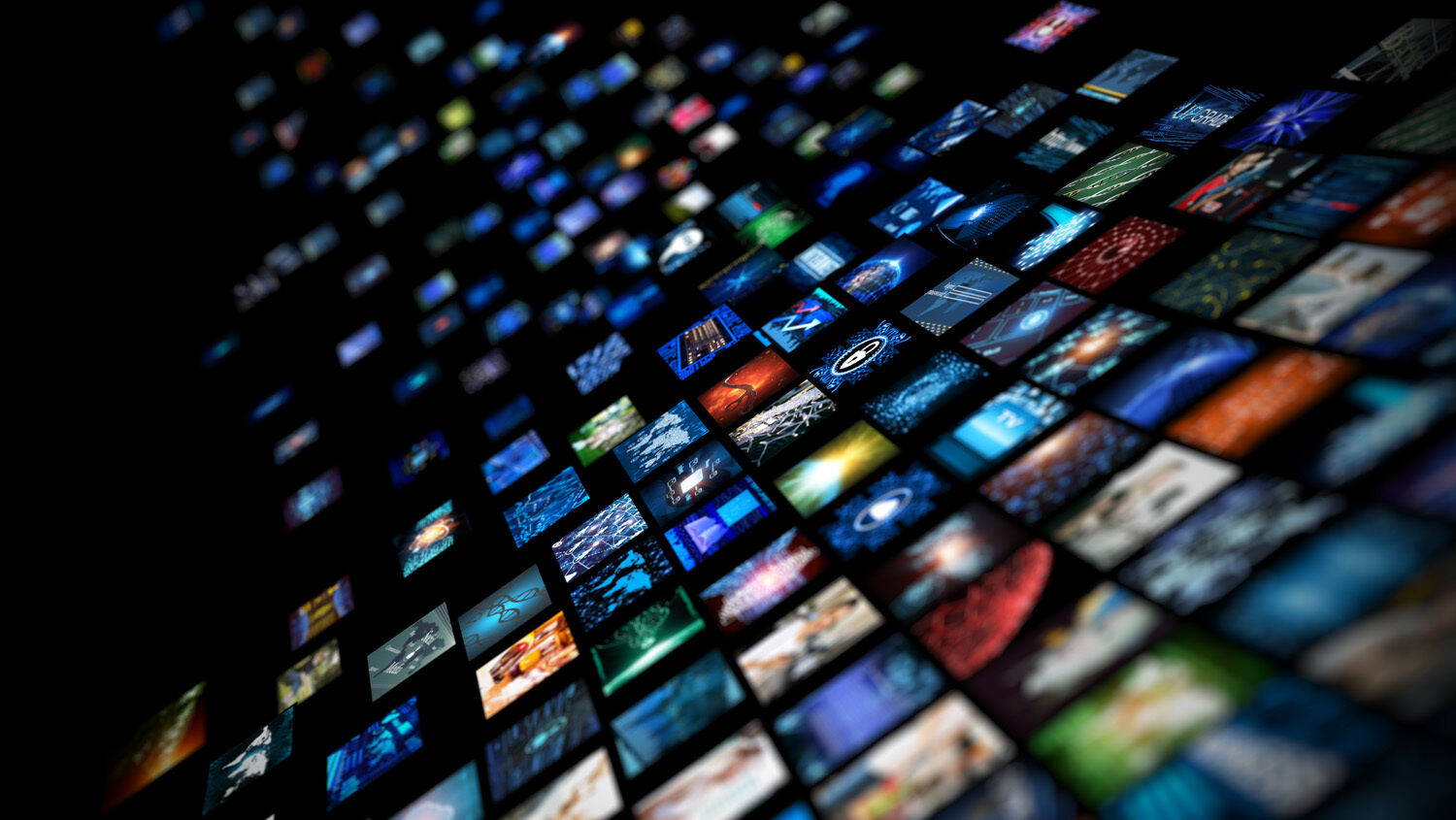 Bill C-11 will allow Canada’s Internet to be censored by unelected bureaucrats.

Canada’s Internet landscape is set to be fundamentally changed. Receiving little attention from the mainstream media, Bill C-11 passed the House of Commons in June and will shortly be passed through the Senate and await Royal Assent. This bill will open the floodgates for unelected bureaucrats, appointed by the government of Canadian Prime Minister Justin Trudeau, to censor and regulate everything on the Internet.

This will impact videos available on YouTube, social media posts, how you access Canadian news and information, and could even affect the very website you are currently reading. Widespread Internet censorship mandated by the Liberal government will have a huge impact on the lives of Canadians. This trend of Internet censorship in our Western nations aligns with what the Bible says will happen in these last days.

Bill C-11 is called the Online Broadcasting Act. In short, the bill is a list of amendments that will expand the regulatory authority of the Canadian Radio-Television and Telecommunications Commission (crtc) from over phones, radio and television to include the Internet. The crtc is made up of nine commissioners who are appointed after being selected by the prime minister. Currently, the crtc has a broad mandate of regulatory authority including setting Internet and cell phone bill rates, granting broadcasting licenses, enforcing a certain amount of Canadian content on broadcasters, and having broad discretion in determining what is seen and heard over these mediums. Their power was displayed last year when, on suggestion from Prime Minister Trudeau, the crtc unilaterally revoked the Russian RT’s broadcast license and blotted it out from Canadian television and radio.

Granting these unelected bureaucrats power over the Internet is problematic for two reasons. First, Bill C-11’s language is so broad and unspecific, it leaves the door wide open to widespread abuse and virtually no safeguards of free speech. Second, Trudeau’s radical-left government has a pattern of abusing power and bureaucratic institutions. His government has made it a special mission to control the Internet. Bill C-11 is the chance to legislate permanent government control over the Internet.

Michael Geist, a Canadian expert in media and technology, has been sounding the alarm over C-11. He wrote: “The potential scope for regulation is virtually limitless since any audiovisual service anywhere with Canadian subscribers or users is caught by the rules. Bill C-11 maintains the same approach with no specific thresholds or guidance. In other words, the entire audio-visual world is fair game and it will be up to the crtc to decide whether to exempt some services from regulation.” Once C-11 is passed, all Internet content in Canada will be at the mercy of the crtc’s discretion. This is a common modus operandi for radical lawmakers: Make the law as vague as possible so once it is passed, the executive bureaucracy has free rein to interpret the regulations.

“C-11 is a bad and dangerous idea,” wrote Fin DePencier at C2C Journal. “By declaring every piece of user-generated audiovisual content—which would encompass the Instagram posts or YouTube videos of private individuals, even by children—a form of broadcasting subject to crtc regulation, the state will gain the power to censor or remove that content.” Despite these implications, C-11 is being masqueraded by Trudeau’s government and the mainstream media as a benign way to protect democracy and free speech from online disinformation. DePencier continued:

C-11 could create the most authoritarian regulatory framework of any democracy in the world. This makes it a grave threat to overall freedom of expression in Canada. Nearly as reprehensible as the implications of the legislation itself are the tangled thicket of unclear or self-contradictory language within the bill and the evident insincerity and misdirection in the government’s public promotion of C-11. In short, the Liberals are attempting a colossal power grab while pretending they aren’t.

During a committee meeting, crtc chairman Ian Scott admitted that the current scope of the bill would give them the power to regulate the Internet but said, Trust us, we won’t use that power. DePencier continued:

In an interview with C2C Journal, former crtc vice-chair Peter Menzies predicted a bleak future in which online speech is no longer a right but a privilege. “If you’re producing audiovisual content, you would have to be licensed and registered, and if you were noncompliant, the crtc could order an Internet service provider to block you,” said Menzies, who was also previously publisher of the Calgary Herald. The crtc might then create a list of guidelines that Canadians must follow. Ultimately, however, the regulator could censor anything it pleased, not just taboo words.

If you are a Canadian, do you want nine unelected officials, selected by Trudeau, deciding what you can and cannot read or watch on the Internet?

The radical-left governments all around the world have been striving to create dystopian Internet censorship apparatuses. On April 27, Joe Biden created a Disinformation Governance Board within the Department of Homeland Security. This bureaucratic group would work with Big Tech to censor disinformation on the Internet. It only lasted three weeks after being exposed as a “Ministry of Truth.” If C-11 passes the Senate, Trudeau would have a permanent and legal Ministry of Truth in Canada.

Besides passing legislation, Trudeau has invested millions of dollars in funding government programs that are meant to “educate” Canadians and make them more resilient to disinformation. Some of this funding is for university academics to analyze social media for misinformation and disinformation. One such research paper from the University of Calgary labeled anything “[p]romoting a specific mistrust of Canada’s Liberal government, and especially of Prime Minister Trudeau” as misinformation. These government-funded research projects brand Fox News as one of the main broadcasters of false information, and a former Liberal member of Parliament even called for Fox News to be banned in Canada like RT was. Following all of these initiatives, Trudeau announced on August 23 the creation of a special misinformation team: “We need to continue fighting Russian disinformation. That’s why Canada will create a dedicated team to help increase our capacity to monitor and detect Russian and other state-sponsored disinformation.”

Trumpet editor in chief Gerald Flurry outlines in his book America Under Attack how the radical left in the United States have been working with Big Tech to censor the Internet. As Mr. Flurry explains, this is all part of a prophesied attack to destroy the U.S. and the British Commonwealth (2 Kings 14:27). This attack is being organized by Communist infiltrators who have seized control of our governments and key institutions.

Justin Trudeau and the radical-left Communists are about to have a major victory in Canada. Except this Communist totalitarian takeover of the Internet will happen through a democratic process, aided and abetted by a Communist-dominated media. Bill C-11 is in its second reading in the Senate, and the Senate has approved every single cabinet bill for the past 25 years.

The Bible warns that just before Jesus Christ’s return there will be spiritual censorship. “Behold, the days come, saith the Lord God, that I will send a famine in the land, not a famine of bread, nor a thirst for water, but of hearing the words of the Lord” (Amos 8:11). What does this famine of hearing God’s Word mean? In the October 2022 Trumpet magazine, we wrote in “Get This Message While You Can”:

It’s 7 a.m., Sunday morning, and you turn on the television. But instead of that familiar introduction, a different program is on. You pick up your Trumpet from a side table and find a phone number on the back cover to call and find out what channel and time The Key of David moved to. But instead of a friendly voice, you hear a busy signal.

Now this issue has your attention. You open up your laptop and type in theTrumpet.com. 404 error. You type in pcg​.church. 404 error. You check your inbox. It loads, but you have to scroll down a bit to get to the last Trumpet Brief or pcg Signposts e-mails.

This is the famine of the word.

When will this famine strike? And why? Bible prophecies that the Trumpet has emphasized for decades provide the answer.

One day, this website, the literature and this message will no longer be available. Bill C-11 moves this uncomfortable truth one step closer to its fulfillment in Canada. Censorship is coming to the Internet, and one way or another there will be a famine of God’s truth. Take advantage now while it is still available to act on the life-saving truth of God’s Word.

To learn more about the fulfillment of this prophecy, please read America Under Attack and “Get This Message While You Can.”