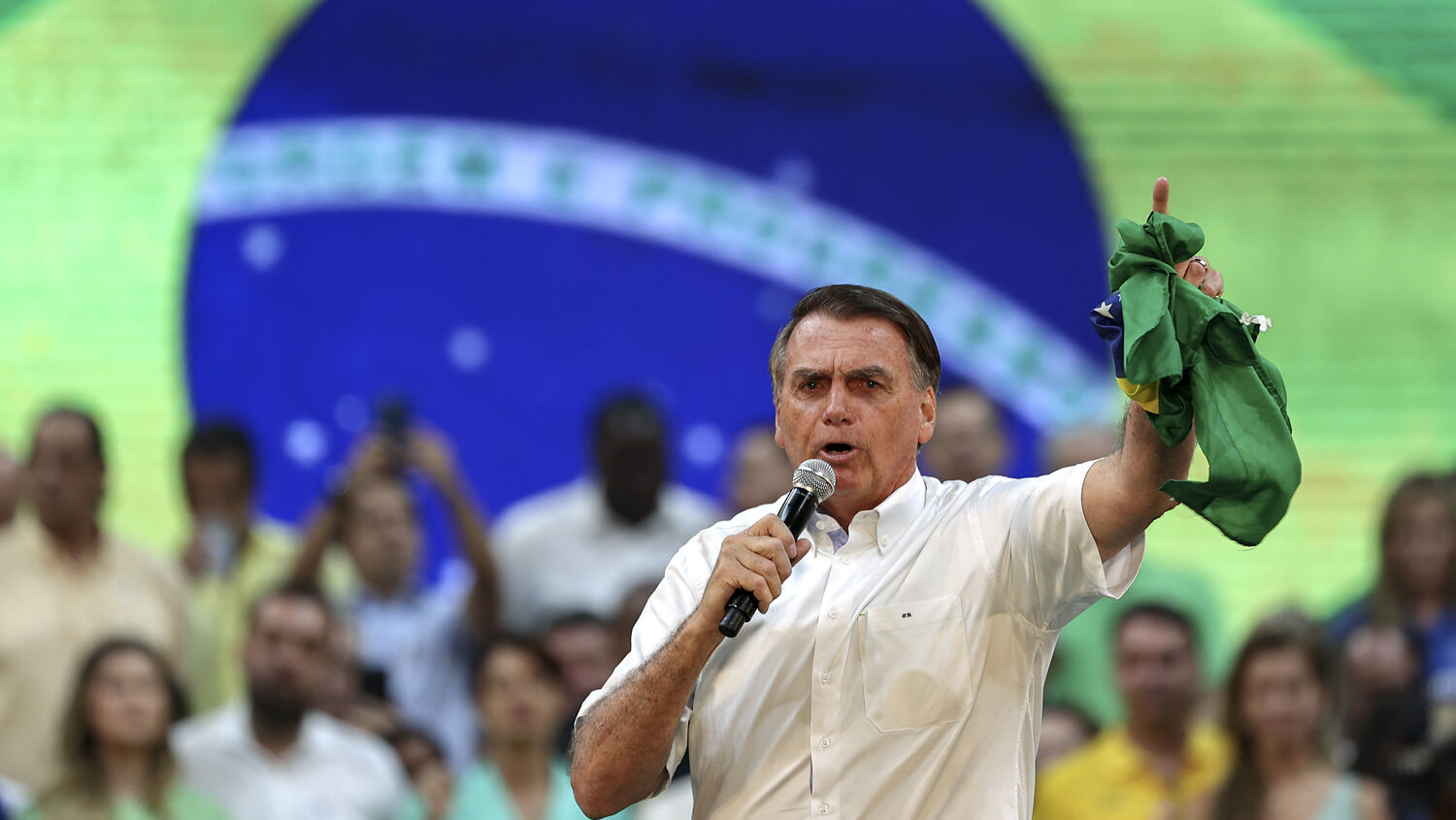 “This country, most potent princes, where we now are in the name of your majesties [has] many fertile plains, in which are such beautiful riverbanks, that in all Spain there can be found no better; these are as grateful to the sight as they are productive in everything sown in them, and very orderly and well kept with walks, and facilities for grazing all kinds of animals.”

So starts a 1519 letter from Spanish conquistador Hernán Cortés. This letter was his first of many to Spain’s King Carlos i after landing in what would become modern Mexico. To Cortés—and to King Carlos—the New World was an exotic wonderland of land to claim, cities to pillage, and pagans to convert. Cortés would soon after conquer the Aztec Empire, establishing a stronghold for Spain’s budding colonial empire. Eventually, the land from California to Argentina would fall under the Spanish crown. The wealth of the Americas would flush Spain with cash, turning it into a globe-encircling superpower.

Spain lost its colonial empire centuries ago. But all these years later, Latin America still has an economic allure that is hard for Europe to ignore.

Brazil, Latin America’s biggest economy, has a presidential election later this month. The results could bring Europe back in the Americas to a level not seen since the Spanish left.

Since 2019, Jair Bolsonaro has been Brazil’s president. A right-wing populist sometimes called the “tropical Trump,” Bolsonaro is a polarizing figure both in Brazil and abroad. Opposition to abortion and homosexuality made him popular with Brazil’s influential Catholic and Evangelical communities. His response to the covid-19 crisis, however, caused his support to fall.

His main challenger is leftist ex-president Luiz Inácio Lula da Silva. A former union leader, he was inspired to run for office in part by prodding from late Cuban dictator Fidel Castro. He was president from 2003 to 2010. He was incarcerated in 2018 on corruption charges but was cleared of charges and released the following year.

The first round of voting concluded October 2. Da Silva won 48.4 percent of the vote, while Bolsonaro won 43.3 percent. Several other candidates took the remaining share of the vote. As no one candidate won a majority, runoff elections will be held on October 30.

Bolsonaro received much more support than polls previously indicated. But all da Silva needs to do is to add less than 2 percent to his share of the vote and the presidency is his. It is likely that da Silva will become Brazil’s next president.

Brazilian politics may not make the international news cycle too often, but Brazil is the world’s 12th largest economy. It’s a member of brics, the economic bloc also including Russia, India, China and South Africa. It is also the largest economy in mercosur, a trade bloc including Argentina, Paraguay and Uruguay. Whoever controls Brazil controls a large and influential country.

How does this involve Europe?

In 2019, the European Union and mercosur were on the cusp of signing a trade agreement that would have created the largest trade bloc in the world. But the deal fell through after a spat between Bolsonaro and French President Emmanuel Macron. Macron wanted Bolsonaro to stop the deforestation of the Amazon rainforest. But 2019 saw the Amazon get hit by devastating fires reportedly caused by deforestation, and Macron claimed Bolsonaro hadn’t lived up to his commitments. “The president can only conclude President Bolsonaro lied to him at the Osaka summit,” said a French government spokesperson. “France will oppose the mercosur deal as it is.”

No deal has been made since then. A delegation of European parliamentarians, meanwhile, visited the Amazon last July to see the effects of deforestation. They didn’t like what they saw. Member of European Parliament Anna Cavazzini told Reuters that “environmental concerns meant there was no way the [EU-mercosur] trade deal would pass with Bolsonaro in office.”

But what happens if Bolsonaro is replaced?

If elected, da Silva wants to prioritize rekindling Brazil-EU relations. He stated that he would get an EU-mercosur trade deal within six months of assuming the presidency. According to Reuters, da Silva said “Brazil needed the [EU] deal and must export as soon as possible.” Da Silva also said as president he wants to aim for “net zero deforestation” for Brazil.

Martin Schulz, former president of the European Parliament and former candidate for the German chancellorship, gave an interview with Euractiv on August 16. Regarding the failed mercosur negotiations, Schulz blamed Bolsonaro. “For [the trade deal] to work, however, the Latin American states would have to agree on the mercosur strategy. This is very difficult in a country like Brazil because Brazil has so much economic and political influence in the region.” He pointed to Bolsonaro’s “very populist stance” for the collapse of trade talks, calling him “an Amazon Trump.”

Europe’s animosity toward United States President Donald Trump was very public. Calling Bolsonaro an “Amazon Trump” demonstrates what Europe’s leaders think of him. And it shows how much they’d like to see a different Brazilian president. Da Silva could be their man.

An EU-mercosur trade deal would have wider implications. Not only would this be the world’s biggest trade bloc, it would bring Europe back into Latin America, retracing the footsteps of the conquistadors of old. It would be a less bloody takeover than the conquests of the Inca and Maya, to be sure. Modern Europeans may have a different definition of wealth than Hernán Cortés. But it would still attach Latin America back to the Continent that settled it. Especially with the supply line disruptions caused by Russia’s invasion of Ukraine, Europe is desperate to find new trade partners. Latin America could fill at least some of the void.

This wouldn’t be the first time Europe and the New World are economically connected. The man Cortés wrote his letter to wasn’t only king of Spain. He ruled many other realms in Europe and held many other titles. Spanish speakers may know him as Carlos i. But he’s better known in the English-speaking world as Charles v, Holy Roman emperor.

Charles v, of the famous (some would say infamous) House of Habsburg, was arguably the most powerful man in Europe since the Caesars of old. Directly or indirectly, he ruled over Germany, Austria, the Netherlands and much of Italy and Eastern Europe. But it was his inheriting the Spanish crown that gave him the most power. For it was under him that the conquistadors defeated the great empires of the Aztecs and Incas. It was under him that Spaniards crossed the Atlantic in droves to settle much of the Americas. And it was under him that Latin America was Catholicized.

Charles v also presided over some of Europe’s greatest historical atrocities. These included the Spanish Inquisition and the bloody religious wars against Protestants.

A comparison between Charles v’s empire and an EU-mercosur trade pact may sound melodramatic. From a purely physical perspective, such a trade deal would be little different than Europe’s other trade ventures. But the Trumpet uses a source neglected by other media when analyzing world events: the Holy Bible. And Bible prophecy has a lot to say about modern Europe’s direction.

Revelation 13 contains a pertinent prophecy about a seven-headed, 10-horned “beast,” biblical symbolism for an empire (verse 1). This beast has “power” and “great authority” (verse 2). It is worshiped as an unstoppable war machine (verse 4). It persecutes God’s true Church and brings many to martyrdom (verses 6-7). Tying in related prophecies in Daniel chapters 2 and 7 as well as secular history, and the identity of this “beast” becomes clear: the Roman Empire. (Please request a free copy of Who or What Is the Prophetic Beast? by Herbert W. Armstrong for more information.)

Rome fell centuries ago. But a related prophecy in Revelation 17 brings this to the present day.

Like Revelation 13, Revelation 17 also features a “beast.” This beast, like the beast of Revelation 13, has seven heads and 10 horns (verse 3). But this beast is prophesied to be on the scene at the Second Coming of Jesus Christ (verse 14). And unlike in Revelation 13, this beast is ridden by a “woman,” a biblical symbol for a church (see 2 Corinthians 11:1-3 and Ephesians 5:22-32). This is talking about a church-state combine resurrecting the Roman Empire. The seven heads meanwhile are shown to be seven kings ruling over this empire, each ruling consecutively from each other (Revelation 17:10). The empire would rise seven times in seven distinct epochs, each time ruled over by a specific individual.

Secular history knows this “beast” as the Holy Roman Empire.

Charles v was one of these seven kings. History records six of these kings having come and gone. That means there is one more yet to come. Verse 12 shows that the last resurrection would be formed by 10 European strongmen pooling their resources together under one superstate, symbolized by the beast’s 10 horns. This last resurrection is forming in Europe right now.

“The mercosur countries possess resources that Europe needs,” wrote Trumpet editor in chief Gerald Flurry in “America Is Being Besieged Economically.” “In return, Europe is supplying some of Latin America’s needs as well. The reality though is that by linking itself with Europe in this way, Latin America is contributing to the rise of a modern resurrection of the medieval Holy Roman Empire!”

He continued: “Few Americans are paying attention to the situation that is developing to our south. But I guarantee they won’t be able to ignore it indefinitely. This trade agreement will impact the whole world! It is going to affect your life dramatically. The seeds are being sown for a trade war and an economic besiegement that will help destroy America. This trade deal is that important!”

Mr. Flurry wrote this when it looked like the mercosur-EU trade deal was about to be signed. Events since then have put the pact on ice. But if Bolsonaro loses reelection, every indication suggests the deal will be brought back—very fast. What happens then?

“If this massive trade deal is finalized this year,” Mr. Flurry wrote, “then I believe we will see the current 28-nation European Union [there are 27 now] pared down to the prophesied 10-nation superpower this year as well.”

This is why you need to watch the Brazilian elections.

To learn more, please read “America Is Being Besieged Economically.”