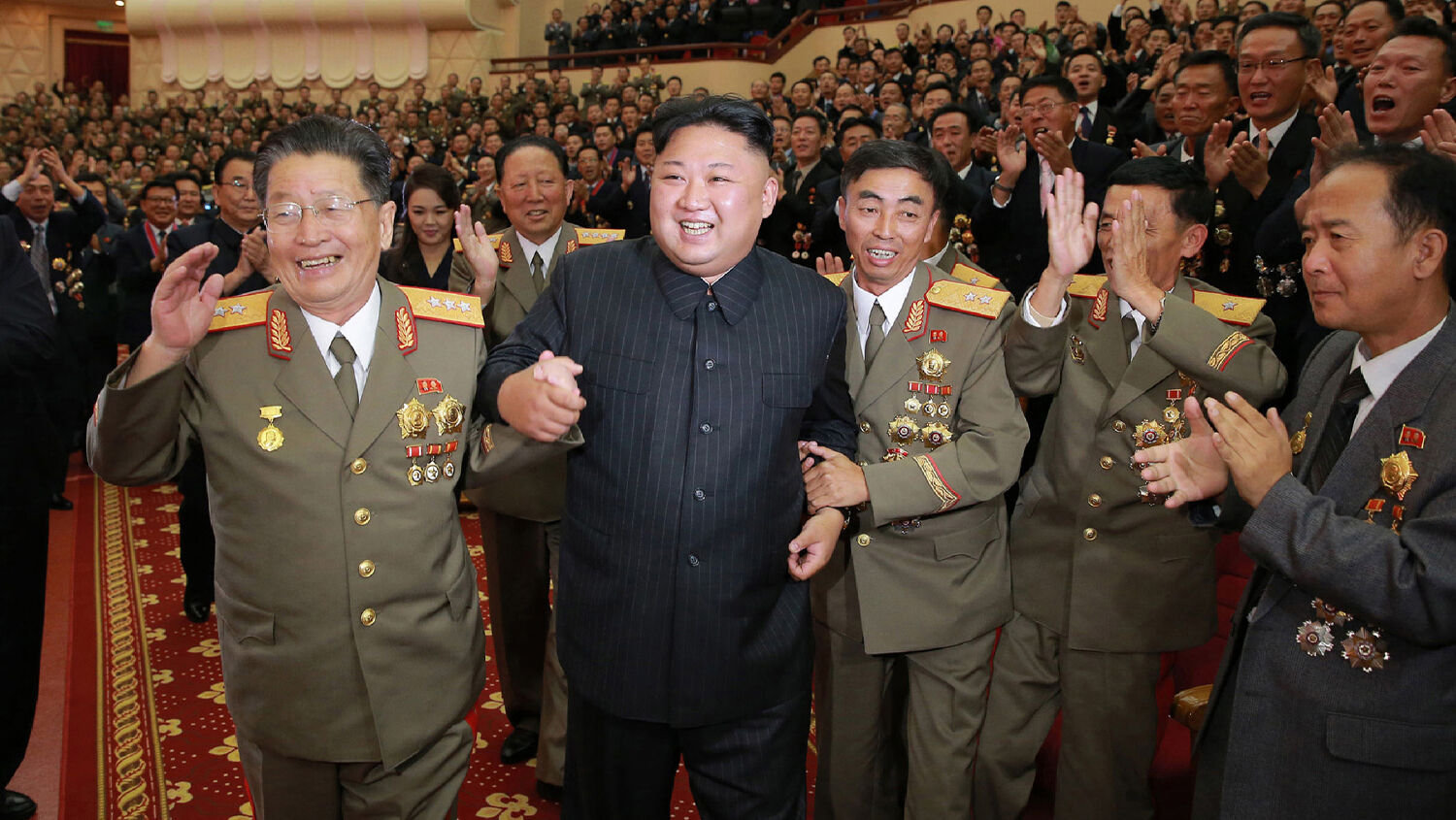 Sanctions do not stop Kim Jong-un.

North Korea has legalized the use of nuclear weapons against anyone who is seen as a threat to the nation. In early September, North Korea’s parliament passed a law allowing for the use of preemptive nuclear strikes against those it considers a danger to their safety. This means Kim Jong-un has officially declared North Korea a nuclear state.

“We will never give up our rights to self-defense that preserves our country’s existence and the safety of our people just to temporarily ease the difficulties we are experiencing now,” Kim said in an address.

North Korea has been parading its weapons for America and its companions in Asia. Over the course of this year alone it has tested over 30 ballistic weapons, including an intercontinental ballistic missile. Last week, while United States Vice President Kamala Harris was visiting U.S. allies in the surrounding area, North Korea test-fired seven short-range ballistic missiles in four separate incidents. Two of these rockets landed in the waters of Japan’s exclusive economic zone. Then, on October 4 at 7:29 a.m. (Japan Standard Time), North Korea woke Japan up with a ballistic missile launched over the north of Japan’s main island. The missile flew over Japan and fell into the Pacific Ocean outside Japan’s maritime territory, setting Japan on high alert. Such actions are strictly prohibited by the United Nations.

Because of its aggression, North Korea is currently under nine major sanctions by the United Nations Security Council and separate bilateral sanctions from the U.S., Australia, Japan, South Korea and the European Union. These sanctions prohibit North Korea’s nuclear militarization and are intended to dissuade weapons trade and scientific cooperation.

These sanctions, however, have not worked.

Why is North Korea, a desperately poor and seemingly isolated nation, unafraid of sanctions from some of the world’s most wealthy and dominant states?

In a February 2018 article, we wrote, “Many experts are perplexed by how such a poor and apparently isolated nation could have developed sophisticated missiles and miniaturized nuclear weapons so rapidly. And an increasing number realize that it could not have happened without considerable outside help.” Both Russia and China have been trading (or enabling trade) with North Korea, which has allowed it to strengthen its nuclear program. This is not surprising, because Bible prophecy shows that Russia and China are aggressor nations, which the U.S. should be wary of.

The Bible’s prophecies show that, in a sense, the North Korea crisis is a massive distraction from the real threat posed by China and Russia. These powerful Asian nations are the only reason North Korea is able to operate so freely. And Bible prophecy shows that they pose a threat many times greater than the one from North Korea!

Over 22 years ago, the Trumpet warned that the U.S. was entering a “new millennium unclear how to handle North Korea.” We asked, “Will America be able to diffuse the escalating tension on the Korean peninsula?” Recent events are proving that over two decades later, America still doesn’t know how to deal with North Korea and its aggression—nor the actions of Russia and China.

To understand more about Russia and China’s cooperation with North Korea, please read our article “North Korea—Truly an Isolated State?”