A look below the surface shows that the North is receiving some vital support from other nations. 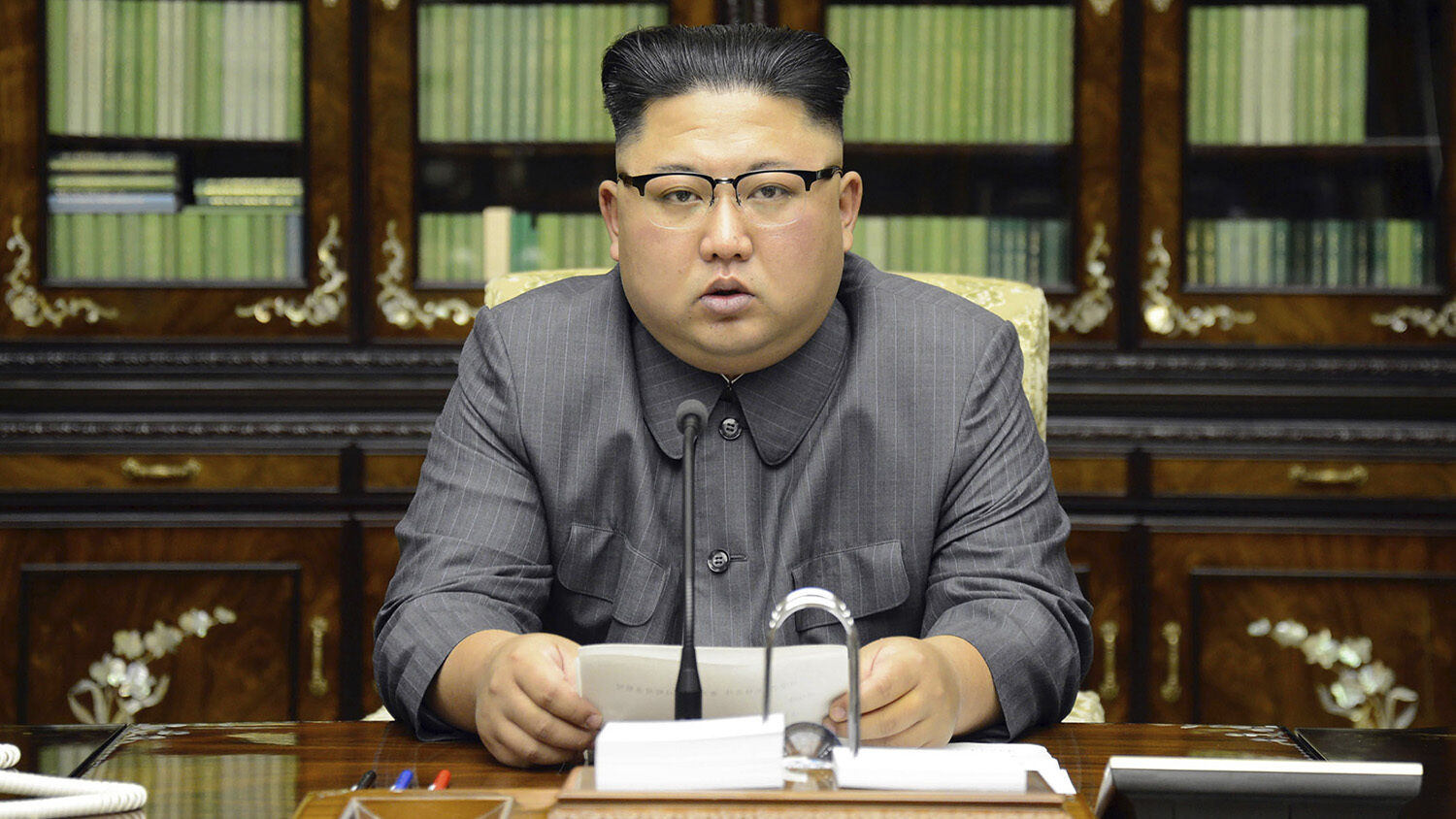 A look below the surface shows that the North is receiving some vital support from other nations.

North Korea is the world’s most isolated country and also one of the poorest. Yet this isolated and impoverished state is now able to legitimately threaten the mightiest military power in the world—the United States—with a nuclear weapons strike.

This was evident on Nov. 29, 2017, when Pyongyang successfully tested a new advanced intercontinental ballistic missile capped with a “super-large heavy warhead” that is capable of striking the U.S. mainland. “[W]e have finally realized the great historic cause of completing the state nuclear force,” North Korean leader Kim Jong-un said after the launch.

Many experts are perplexed by how such a poor and apparently isolated nation could have developed sophisticated missiles and miniaturized nuclear weapons so rapidly. And an increasing number realize that it could not have happened without a considerable outside help.

“The idea that [Kim] would simply be developing this on an indigenous basis within his own population of scientists simply seems unlikely given how fast it’s moving,” said former nato Supreme Allied Cmdr. James Stavridis in a December 3 radio interview with AM 970 in New York.

The Dragon and the Bear

Stavridis said “at least part” of North Korea’s nuclear and missile advancements are “coming from either China or Russia.”

The Washington-based c4ads think tank agrees with Stavridis’s assessment. Its 2017 report states: “North Korea is not self-sufficient in supporting weapons programs development. It remains highly dependent on foreign sourcing of both sophisticated technology and mundane items like switches and relays.”

c4ads says the evidence shows that Pyongyang is actually “far from being isolated,” and that the regime “is globally active through its overseas networks.”

The companies in North Korea’s networks use “layers of shell and front companies,” which allow them to camouflage the true nature of the business they are conducting.

On the other side of the equation, c4ads identified who these North Korean firms are doing covert business with: “Chinese trade data suggests that there are additional types of goods, including potential dual-use weapons components, being exported to North Korea,” the report said.

Stavridis, too, singled out China as the nation giving the most assistance to North Korea: “China is going to have to make a choice about whether or not it will continue to align with North Korea ….”

The “best tool” China has to pressure Pyongyang with is “control over oil going to North Korea,” Stavridis said, adding that this tool could enable Beijing to “stop that [North Korean] economy in a heartbeat.”

But on Dec. 2, 2017, news emerged showing that both Russia and China are utterly unwilling to use that “tool.” Journalists with Asia Press International news agency reported that day that “massive amounts” of fuel were flowing from Russia into the North Korean province of Ryanggang. The influx of fuel has been substantial enough to reduce the price of diesel oil sold in North Korea by 60 percent since early November, and the price of gasoline by 25 percent.

Ryanggang does not border Russia, so for the Russians to move fuel into this part of North Korea, they would first have to ship it through a large section of northeast China. This shows that China is at a minimum complicit in this fuel flooding underhandedly into North Korea.

On Sept. 11, 2017, shortly after North Korea had conducted its sixth and largest nuclear test, both Russia and China voted to pass a United Nations Security Council Resolution that banned exports of condensates and natural gas liquids to North Korea and restricted exports of refined petroleum products to the country. As a result of this resolution, during late September and throughout October, the price of fuel in North Korea skyrocketed.

By late October, the soaring prices showed that the economic pressure that the United States and the UN were striving to apply was reaching a critical level. But that is around the time when Russian fuel shipments began to arrive in North Korea, via China. And the numbers reveal that the unauthorized fuel is releasing that pressure.

The fuel imports show that despite bouts of agreeable rhetoric from Russia and China and despite their occasionally cooperative UN votes, Moscow and Beijing are not truly willing to help apply pressure on the Kim regime.

Trumpet editor in chief Gerald Flurry was not duped by Russia’s and China’s September 11 UN vote. In the days following the vote, he said that the world should be more concerned about Russia and China than about North Korea, partly because it is these two nations that allow the North to behave as it does. This analysis, he explained, is based on Bible prophecy.

“The Bible’s prophecies show that, in a sense, the North Korea crisis is a massive distraction from the real threat posed by China and Russia,” he wrote. “These powerful Asian nations are the only reason North Korea is able to operate so freely. And Bible prophecy shows that they pose a threat many times greater than the one from North Korea!” (co-worker letter, Sept. 13, 2017).

The statements from Stavridis, c4ads and Asia Press International prove that Mr. Flurry’s assessment is spot on.

The specific prophecies his analysis is based on are recorded in Ezekiel 38 and 39, Daniel 11 and Revelation. They show that in the near future, Russia will lead a powerful military bloc of Asian nations, with China in a position of secondary leadership. Smaller Asian countries such as North Korea will be assimilated into that Russian-led bloc and lend their military power to it, but they will not be instigators or major players (Ezekiel 38:1-6).

To understand the significance of the increasingly pushy policies of Russia and China, and what their support for North Korea means for the future, request a free copy of Mr. Flurry’s booklet Nuclear Armageddon Is ‘At the Door.’