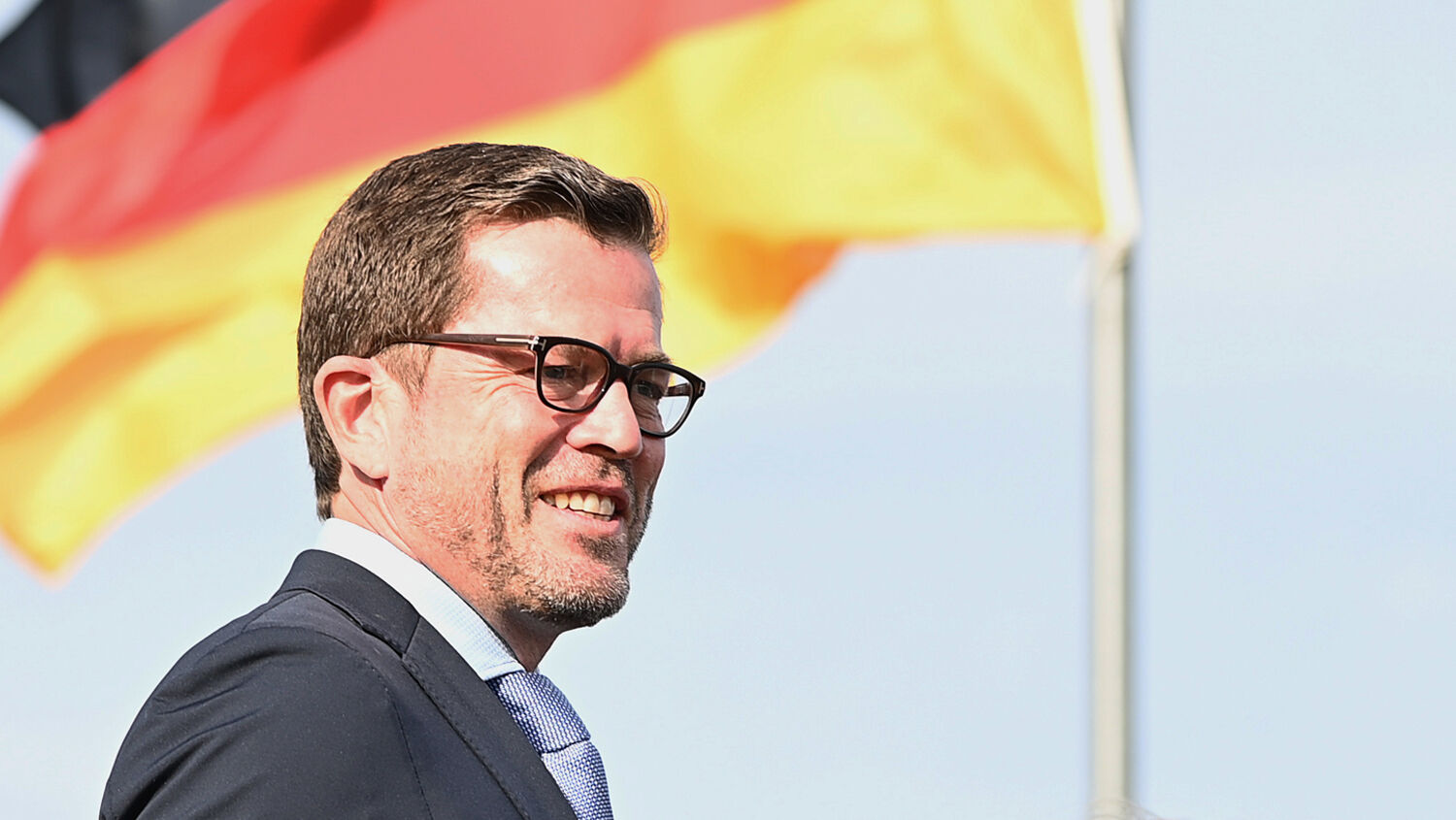 The timing is remarkable.

Former Defense Minister Karl-Theodor zu Guttenberg is planning a large-scale television debut this fall and winter, as a press release from rtl revealed on September 23. This comes during a time of great turmoil in Germany and Europe. Trumpet editor in chief Gerald Flurry has long predicted Baron Guttenberg’s return to power. Now is the time to watch his next moves closely to see if they match these predictions.

Guttenberg is currently preparing to address a subject Europe cares a lot about: Russian President Vladimir Putin’s power politics. The first of two 90-minute docutainment programs for the streaming service rtl is scheduled for November. Guttenberg conducted interviews in Ukraine, England, the United States, Germany and other European countries for this program.

Guttenberg will also cohost the year review show “People, Pictures, Emotions” with Thomas Gottschalk. This show, moderated by Günther Jauch for 26 years, has been viewed each year by 3 to 8 million people and generally discusses a variety of topics and dramatic world events. “Entertainment legend Gottschalk and former Federal Minister Guttenberg” represent “the show’s broad thematic range from entertainment to society to world politics,” rtl stated in a press release (Trumpet translation throughout).

rtl and Guttenberg are investing heavily in his new start. The show will be produced by i&u tv (a company that has created media stars in the past) and the Munich-based Looping Group. Guttenberg has little experience as a moderator, but he certainly has the ability to draw viewers. He is as much loved as he is criticized, and he attracts attention either way.

Guttenberg also appears to have a strong desire to explain to the German people the world that they are living in. Germany’s current chancellor lacks charisma and often fails to communicate his decisions in a convincing way. He also appears not to have answers to the big questions in the world. Is Guttenberg seeking to fill that vacuum? If so, is he interested in assuming more executive powers himself?

Guttenberg’s recent media debut was received with great euphoria in some media circles. Guttenberg wants “to start a second career,” Bunte noted this summer when his new career path was first announced. “[He] fits ideally into the concept, as he is still excellently networked from his political days. It will be interesting to see whether the former politician can make a successful new start.”

Guttenberg was the most glamorized politician in German media before he resigned in 2011 following a plagiarism scandal. Since his resignation, he has redeemed himself by writing a new doctoral thesis. He cofounded Spitzberg Partners and continued his connections with world elites as a management consultant and lobbyist. His involvement with Augustus Intelligence and Wirecard has raised eyebrows, since both companies were epicenters of major scandals and went bankrupt, but he continues to be in high demand as a speaker on financial technologies and geopolitics.

On July 1, when little was known about Guttenberg’s media debut, Roman Deininger at Süddeutsche Zeitung wrote:

Experience teaches that the lure of power never dies. No amount of television fame can replace the feeling Guttenberg must have had in 2017 when, on his near-comeback, he was celebrated by thousands of party friends with a euphoria that can usually only be explained by psychedelic drugs. In Kulmbach, people wore scarves saying “Our savior,” the irony appeared to be a provisional protective assertion.

My own prognosis: At some point, the question will arise whether a country in crisis can actually afford any longer not to entrust an eminent hotshot of German docutainment with political responsibility.

In the last decade, Guttenberg has warned extensively about Russia and advocated for the creation of a more resilient European financial system. Both of these are burning topics in Europe right now. If Guttenberg is planning a political comeback after his media comeback, his timing seems perfectly chosen.

“A strong leader is prophesied in the Bible to rise in Europe very soon—perhaps even within months,” Trumpet editor in chief Gerald Flurry wrote in the January 2020 issue. “I believe almost certainly that you can identify who this man will be. Only one man appears able to fulfill what the Bible says about this strongman. His name is Karl-Theodor zu Guttenberg.”

Is the man the Trumpet has watched for over a decade now making his move? Daniel 11:21 tells us that this man will come to power by “flatteries.” His time in the media could certainly help fulfill this prophecy. Everything Guttenberg does tells us that he continues to be a man to watch.

At the very least it is interesting that the man who left politics more than a decade ago is now making a comeback. Germans have often been divided between great euphoria and repulsion over Guttenberg. But few if any politicians have been able to captivate an audience like he does. It remains to be seen what impact his media debut will have, but it is imperative to study the prophecies about Germany’s coming strongman and how many of them point to the Bavarian baron. Watch Guttenberg’s rise closely and see if it matches the prophecies in Daniel, Revelation and other prophetic books.

To help you in your studies, read “Is KT zu Guttenberg About to Come to Power?” and request a free copy of A Strong German Leader Is Imminent by Gerald Flurry.