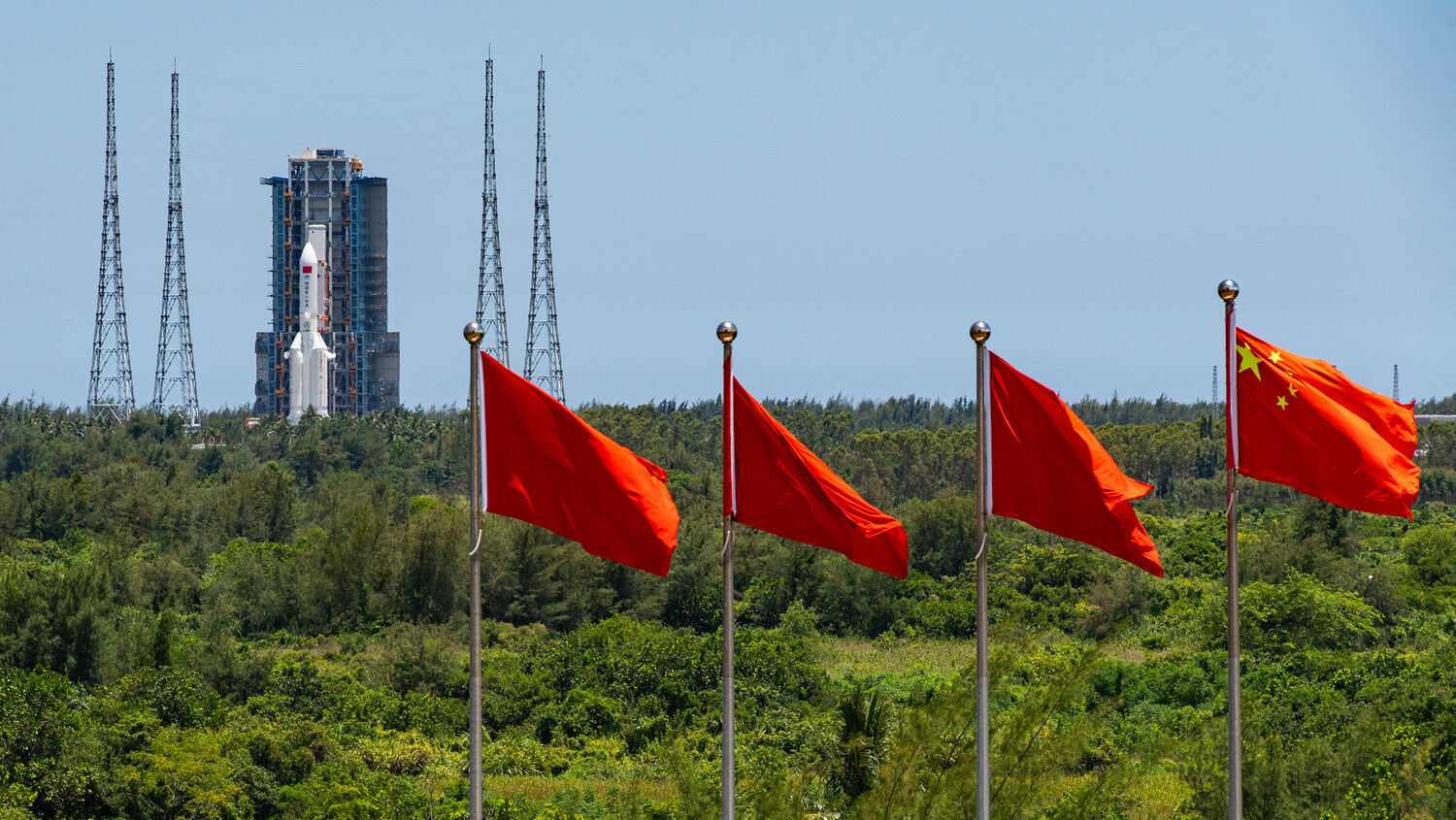 America’s predominance is slowly eroding away.

Space could be the decisive theater of conflict in the next world war. Modern militaries, especially the major powers, are reliant upon satellite networks for communications, missile tracking and defense, integrated command and control and targeting systems. These systems enable nations to fight wars with high-tech armaments and nuclear weapons. Whoever controls space, or can destroy their adversaries’ satellite networks, gains a momentous advantage.

For decades, the United States has had the leading edge in space, and still does. But Russia and China are slowly making gains. It is becoming increasingly apparent that America’s technological edge is being undermined by weak leadership.

“China is now ‘on track’ to outpace the United States as the leading space power by 2045, according to the latest version of the space industrial base workshop report spearheaded in part by the Pentagon’s Defense Innovation Unit,” reported Breaking Defense. “A reason for this pessimistic viewpoint is a collective ‘lack of urgency’ across the U.S. government and industry, as well as a bureaucratic environment ‘that is constructively delaying U.S. commercial progress through regulatory burden,’ states the report ‘State of the Space Industrial Base: Winning the New Space Race for Sustainability, Prosperity and the Planet.’”

The report was authored by 350 industry representatives and government officials. The main concern was that America’s industrial base for space technologies was not keeping pace with rivals, particularly China. Breaking Defense continued: “One telling indicator of China’s rapid space advancement is the finding by a 2022 report by rand’s Project Air Force that China is overtaking the U.S. in the number of military-related patents, the workshop report notes.”

The space industry is being hampered by lack of government investment, impacts from high inflation and supply-chain disruptions, and overregulation from bureaucratic agencies. The report states: “The agile engineering ecosystem that has become the hallmark of the modern space era is at risk due to some U.S. policy and procurement practices within the bureaucracy that are not aligned with, or work counter to, national space strategy.” Space technology needs a high amount of capital and time to develop. The more the U.S. government pivots to social spending, and the worse the economic downturn becomes, the greater the long-term effects on the space race.

“U.S. Space Force’s General David Thompson, the service’s second in command, said last week that Russia and China are launching ‘reversible attacks,’ such as electronic warfare jamming, temporarily blinding optics with lasers, and cyberattacks, on U.S. satellites ‘every single day’,” wrote the Drive. “He also disclosed that a small Russian satellite used to conduct an on-orbit antisatellite weapon test back in 2019 had first gotten so close to an American one that there were concerns an actual attack was imminent.”

Reversible attacks involve jamming or blocking communications and optics and do not permanently disable satellites. Nonreversible attacks are kinetic attacks with ballistic missiles, nuclear missiles or other projectiles. The Drive continued: “The systems that Russia and China are known to be developing or have already fielded include destructive and nondestructive types that are deployed from Earth, such as ground-based jammers, lasers or interceptors, as well as small ‘killer satellites’ positioned in orbit. A killer satellite able to maneuver close to its target could use various means to try to disable, damage or even destroy it, such as jammers, directed energy weapons, robotic arms, chemical sprays and small projectiles. It could even deliberately smash into the other satellite in a kinetic attack.”

In 2019 and 2020, Russian satellites fired small projectiles so close to U.S. satellites that the military was unsure if it was a test or an actual attack. For years, Russia has been successfully testing its PL-19 Nudol ballistic missile system to knock out enemy satellites. The Drive reported: “Other Russian weapons in development are thought to also have antisatellite capabilities. These include the S-500 antiballistic missile and air defense system and more shadowy weapons like the maneuvering orbital ‘satlet’—likely capable of near observation, disruption and possibly even manipulation of other satellites—launched under the guise of Kosmos 2499. Russia is also experimenting with airborne lasers designed to blind or even kill enemy satellites.”

America is not the only nation responding to Russian and Chinese aggression in space. Europe is also taking steps to consolidate its space security by partnering with the United States. However, Europe itself is a major force in space technology and capabilities. “Europe is a significant space power: Its space sector had a turnover of €74 billion [us$72 billion] in 2019, which represents between 15 and 20 percent of the world market, with 48,000 employees working directly in this sector,” wrote Josep Borrell, vice president of the European Commission. “The EU is increasingly involved, with the best-known EU success stories: Galileo for positioning, navigation and timing and Copernicus, the largest Earth observation system.” The EU plans to create a new satellite infrastructure that will provide secure communications and Internet access, to fulfill government and defense needs. Germany has also taken significant steps to take a leadership role in nato’s space command.

America’s dominance in space is slowly eroding away. Bible prophecy warns that America will soon face a dire situation: “They have blown the trumpet, even to make all ready; but none goeth to the battle …” (Ezekiel 7:14). This indicates that a cyberattack, or a nullification of America’s space capabilities, will completely destroy America’s ability to respond to a military attack.

The military buildup in space is leading to violence here on Earth. To learn more about these prophecies and where they are leading, read Trumpet editor in chief Gerald Flurry’s article “America’s Achilles’ Heel—and Germany.”