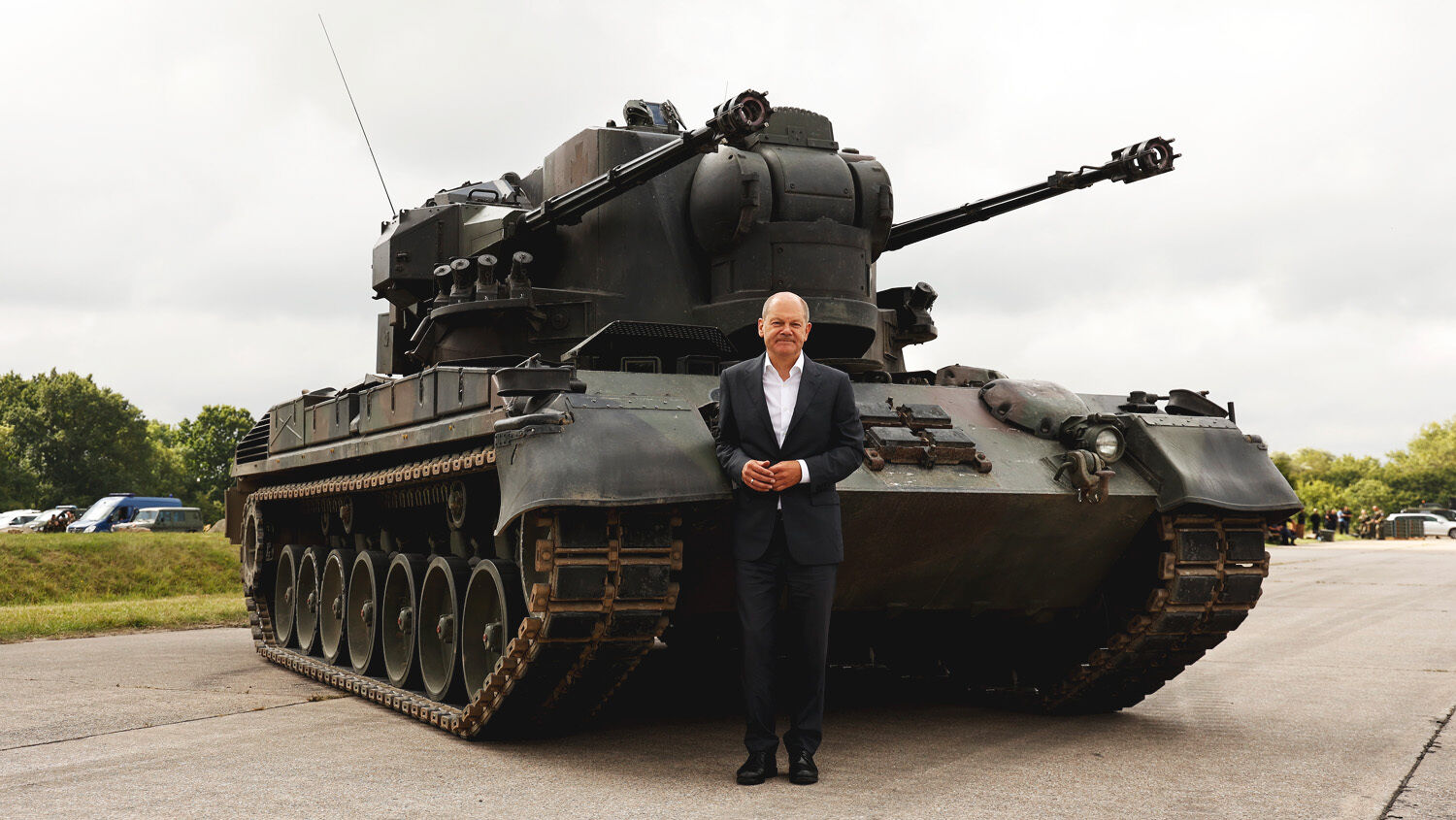 What if the rhetoric becomes reality?

The German Army needs to become the best equipped force in Europe. This was German Chancellor Olaf Scholz’s plea at a two-day conference of the German armed forces on September 15–16, titled “The Bundeswehr in a New Era—Taking Critical Stock at a Time of War in Europe.” “As the most populous country with the greatest economic power and as a country in the middle of the Continent, our army must become the cornerstone of conventional defense in Europe: the best-equipped force in Europe,” he said. Though it is easy to brush aside the abundance of rhetoric coming out of Germany right now, it is paramount we understand its goals.

While there is much talk about standing in solidarity with the North Atlantic Treaty Organization and the European Union, Germany is increasingly focusing on its own armed forces. France has also pledged to increase its military defense, but Germany pledges to become the biggest military contributor in the EU. Germany wants to lead.

Scholz’s speech comes on the heels of remarks by Defense Minister Christine Lambrecht on September 12: “Germany’s size, its geographical situation, its economic power—in short, its clout—makes us a leading power whether or not we want to be one. Militarily as well.”

This isn’t about being able to fend off a Russian attack. This is about Germany seeking to establish an indisputable leadership role. Economically and diplomatically, Germany already leads Europe, but its military leadership is still disputed. This is now changing—first in rhetoric, soon in deeds.

Some 75 years ago, Germany lay in ashes at the mercy of Allied forces. Leaders of the West pledged that Germany would never be allowed to rearm again. They had seen the destructiveness of Germany. They had seen the horrors of the concentration camps and Germany’s oppression of its neighbors. But the concerns that plagued these leaders night and day have been forgotten.

Even after the original pledge was compromised, the goal to keep Germany down remained. nato’s first secretary general, Lionel Ismay, famously said the purpose of the alliance was “to keep the Soviet Union out, the Americans in, and the Germans down.” The April 1952 Good News magazine stated, “Does America dare arm Germany? … Our leading generals in Europe adamantly warn that Germany is a calculated risk.”

Today, German leaders are comfortable proclaiming a goal that contradicts everything postwar Germany was founded on. They proudly declare their intentions to take the lead militarily in Europe and happily receive the most advanced fighter jets in the world from the United States, in addition to the nuclear weapons they already host.

For years, Germany has quietly worked to build a European superpower. Its officers have trained soldiers all over Europe and integrated battalions to fight in unity. When the nation becomes the dominant force in this rising military unit, all will have to follow its command or the whole structure will collapse.

Europe is now getting the military power that the late Herbert W. Armstrong warned about in August 1978: “The Europeans are far more disturbed about their safety in relying on United States military power to protect them than Americans realize! … Europeans want their own united military power! They know that a political union of Europe would produce a third major world power, as strong as either the U.S. or the ussr—possibly stronger!”

A powerful European army led by Germany is, in itself, not concerning. What is concerning is what will happen next. “What does Germany do when it gets a strong military?” Trumpet editor in chief Gerald Flurry asked in “Germany’s Urgent and Dangerous Military Decision.” “Do you dare read its history and see? Once that military is in place, it will be put to use! This world doesn’t comprehend that because it doesn’t understand history and Bible prophecy. We just have to look at the truth to understand what we’re dealing with. Everything is moving at lightning speed.”

In the 2000s, people thought Russia’s track record of warfare had ended. They thought the spirit of progressiveness had moved the world away from major conflict. This reality has been shattered. But the hope that Germany is a force for good prevails in the minds of many.

Who can guarantee that a nation with a military history and renewed military spirit will remain a supposed force for peace? Who can say rising conflicts will not impel that nation to rise to conquer the world again? The only source that has accurately forecast the future is the Holy Bible.

The Bible answers the agonizing questions that no man can answer and reveals the future that no one can predict. “Declare and present your case; let them take counsel together! Who told this long ago? Who declared it of old? Was it not I, the Lord? And there is no other god besides me, a righteous God and a Savior; there is none besides me” (Isaiah 45:21; Revised Standard Version). The Bible has a lot to say about Germany.

Our Trends article “Why the Trumpet Watches Europe’s Push toward a Unified Military” explains the Bible prophecies that relate to Germany. “In Isaiah 10:5-7, God says that He has raised up Germany—end-time Assyria—to ‘destroy and cut off nations not a few,’” it states. “Habakkuk talks about the same time period, calling the end-time European power ‘Chaldeans’—this time referring to the religious nature of this power. He describes them as a ‘bitter and hasty nation, which shall march through the breadth of the land, to possess the dwelling places that are not theirs.’”