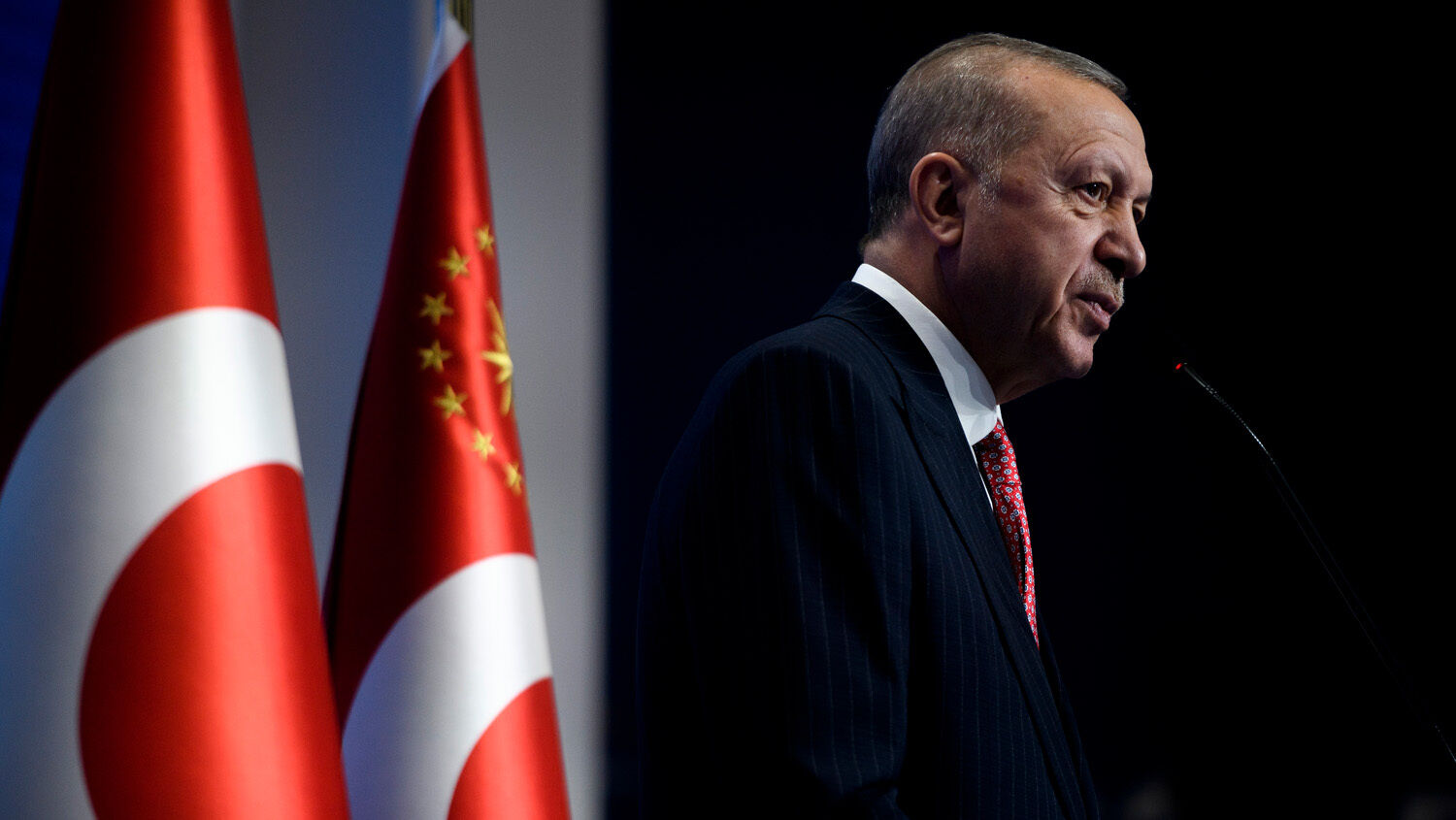 Will another war on Europe’s eastern fringes break out?

Europe is currently fixated on the war between Russia and Ukraine. And rightly so—this is the biggest conflict Europe has seen since the Second World War. But this isn’t the only contention on Europe’s eastern fringes. Tensions are fraying between Greece and Turkey. And they’re frayed enough for headlines like the following to pop up:

Is the prospect of war in the eastern Mediterranean serious? Could Europe see a second major war on its eastern border? What is causing the escalation between Ankara and Athens?

These are serious questions. Ukraine belongs to no major alliance. Both Greece and Turkey belong to the North Atlantic Treaty Organization. Greece is also a member of the European Union. A war between Greece and Turkey would drag the rest of Europe down with them. Turkey also hosts American nuclear weapons—as do EU member states Germany, Italy, Belgium and the Netherlands. France has nuclear weapons of its own. The possibility exists of nato being irreparably divided in a nuclear exchange between member states.

Greece and Turkey have a history of warring with each other for hundreds of years. They have fought over the lands of the eastern Mediterranean for the past two centuries. They almost went to war to control the island of Cyprus in 1974. Those old quarrels won’t be going away anytime soon. But the stakes are so much higher now. This is what is making so many nervous. If Greece and Turkey have such a long history of fighting each other, who’s to say another fight won’t break out?

What is causing the current tensions?

Turkish President Recep Tayyip Erdoğan has accused Greece of putting a military presence on demilitarized islands. The Greek government rejects this charge. “Your occupying the islands does not bind us,” Erdoğan said in a September 3 speech. “When the time, the hour, comes, we will do what is necessary.” Erdoğan threatened to “come down suddenly one night” against Greece.

Three days later, while visiting Bosnia and Herzegovina, Erdoğan doubled down on his threat. “What I’m talking about is not a dream,” he said, according to the Associated Press. “If what I said was that we could come one night all of a sudden (it means) that, when the time comes, we can come suddenly one night.”

“They have bases on these islands,” he said. “If illegitimate threats against us continue based on them, our patience has a limit.”

Athens is taking this threat seriously. Its Foreign Ministry sent letters to the EU, the United Nations and nato about Erdoğan’s comments. Foreign Minister Nikos Dendias wrote that the Turkish president’s words were “unprovoked, unacceptable and [an] insult against Greece and the Greek people.” Dendias asked for the organizations to intervene. “By not doing so in time or by underestimating the seriousness of the matter, we risk witnessing again a situation similar to that currently unfolding in some other part of our continent,” he said, referencing the Ukraine war.

What is behind Ankara’s recent saber-rattling?

Turkey has a presidential election next year. Erdoğan has been ruling Turkey with an iron fist since 2003. Elections in modern Turkey have been little more but rubber stamps to legitimize his reign. But they are still held, and the results of some recent ones suggest Erdoğan’s grip on Turkish politics is slipping. Both Istanbul and Ankara had opposition mayors elected.

Erdoğan could be trying to manufacture a crisis to boost his popularity. A survey by Turkish polling firm MetroPoll suggests 51.1 percent of Turkish citizens think Erdoğan’s rhetoric is electioneering.

Erdoğan rose to power two decades ago using the backdrop of widespread dissatisfaction with inflation, the Turkish lira’s weakness and the corruption of the ruling elite. Today, inflation surpasses 80 percent, the Turkish lira has lost more than 80 percent of its value over the last five years, and Erdoğan and his family have, unexplained by any legal means, become billionaires. Because Erdoğan has exercised dictatorial control over Turkey and ousted, jailed or marginalized any effective opposition, he cannot shirk responsibility for Turkey’s dire straits. Instead, he seeks a crisis to distract.

Rubin claims this makes Turkey more likely to attack Greece. “Seizing Greek islands and daring Athens to act would be the perfect diversion,” he wrote.

But would provoking all of Europe—a nuclear Europe—to war make Erdoğan popular with voters? Getting Turkey embroiled in a conflict with its much bigger next-door neighbor is a good way to become unpopular. Erdoğan had a coup attempt against him in 2016. Turkey has the second-largest military in nato after the United States. It’s doubtful he’d want to give the military any excuse to oust him. An unnecessary war with a nearby military powerhouse would be a pretty big excuse.

Erdoğan might hope that seizing “a few small” islands would be “minor” enough that Europe would seek a “diplomatic solution.” Then Ankara could have its cake and eat it too. But remember that Russia literally launched an invasion of Ukraine only a few months ago. If Europe doesn’t step in to protect Greece, EU member states like Estonia and Latvia would be sitting ducks. Brussels cannot afford to let any kind of “minor incursion” happen. Erdoğan knows this. He may be bold enough to try anyway. But this is extremely unlikely.

But there is a bigger reason why Europe and Turkey fundamentally won’t become enemies in the near future. Bible prophecy says Europe and Turkey will actually become allies. They technically already are through nato. Ankara threatening war against Greece shows that Turkey at this point is nato-in-name-only. But the Bible prophesies that Europe and Turkey are about to become much closer partners than they are now.

The relevant prophecy is in Psalm 83. The psalmist writes of a mysterious alliance of nations who fight “that the name of Israel may be no more in remembrance” (verse 4). This isn’t referring only to the State of Israel in the Middle East. Prophetically, the name “Israel” refers to the descendants of the lost 10 tribes of Israel—chiefly the English-speaking peoples today. (For more information, please request a free copy of The United States and Britain in Prophecy, by Herbert W. Armstrong.)

“For they have consulted together with one consent: they are confederate against thee: The tabernacles of Edom, and the Ishmaelites; of Moab, and the Hagarenes; Gebal, and Ammon, and Amalek; the Philistines with the inhabitants of Tyre; Assur also is joined with them …” (verses 5-8). Such an alliance of peoples for the express purpose of wiping out Israel has never existed—neither in ancient nor modern times. The implication then is that this refers to a yet future alliance. But the names of these peoples are meaningless unless one knows their modern identities.

We write in Chapter 2 of The King of the South: “Here are the modern names of these nations, as taught at Ambassador College under Herbert W. Armstrong: Edom—Turkey; Ishmaelites—Saudi Arabia; Moab—Jordan; Hagarenes—anciently dwelt in the land known as Syria today; Gebal—Lebanon; Ammon—also Jordan. (We cannot be extremely precise in this understanding, but it gives a good general idea.)” Assur, or the Assyrians, are the ancient ancestors of modern Germany.

Greece isn’t mentioned in this prophecy, but Germany is the EU’s most powerful country and the unofficial leader of the bloc. Any war with Greece would almost certainly drag Germany into it. Therefore, we can use Germany to represent all of the European Union. And Turkey is shown to be a partner with Europe.

The prophecy shows Europe and Turkey will consult “together with one consent” and be “confederate” against their enemies. Verse 3 discusses Berlin and Ankara having “crafty counsel”—intimate backroom dealings—with each other. This implies trust and cooperation that wouldn’t exist if Europe and Turkey got involved in a major war.

It remains to be seen how all of this will play out. Erdoğan is an incredibly unpredictable leader and could do something unexpected in the months and years ahead. But the Bible says we can expect Europe and Turkey to get closer rather than further from each other. Therefore, Ankara turning into Europe’s enemy is unlikely.

To learn more, request a free copy of Trumpet editor in chief Gerald Flurry’s free booklet The King of the South.