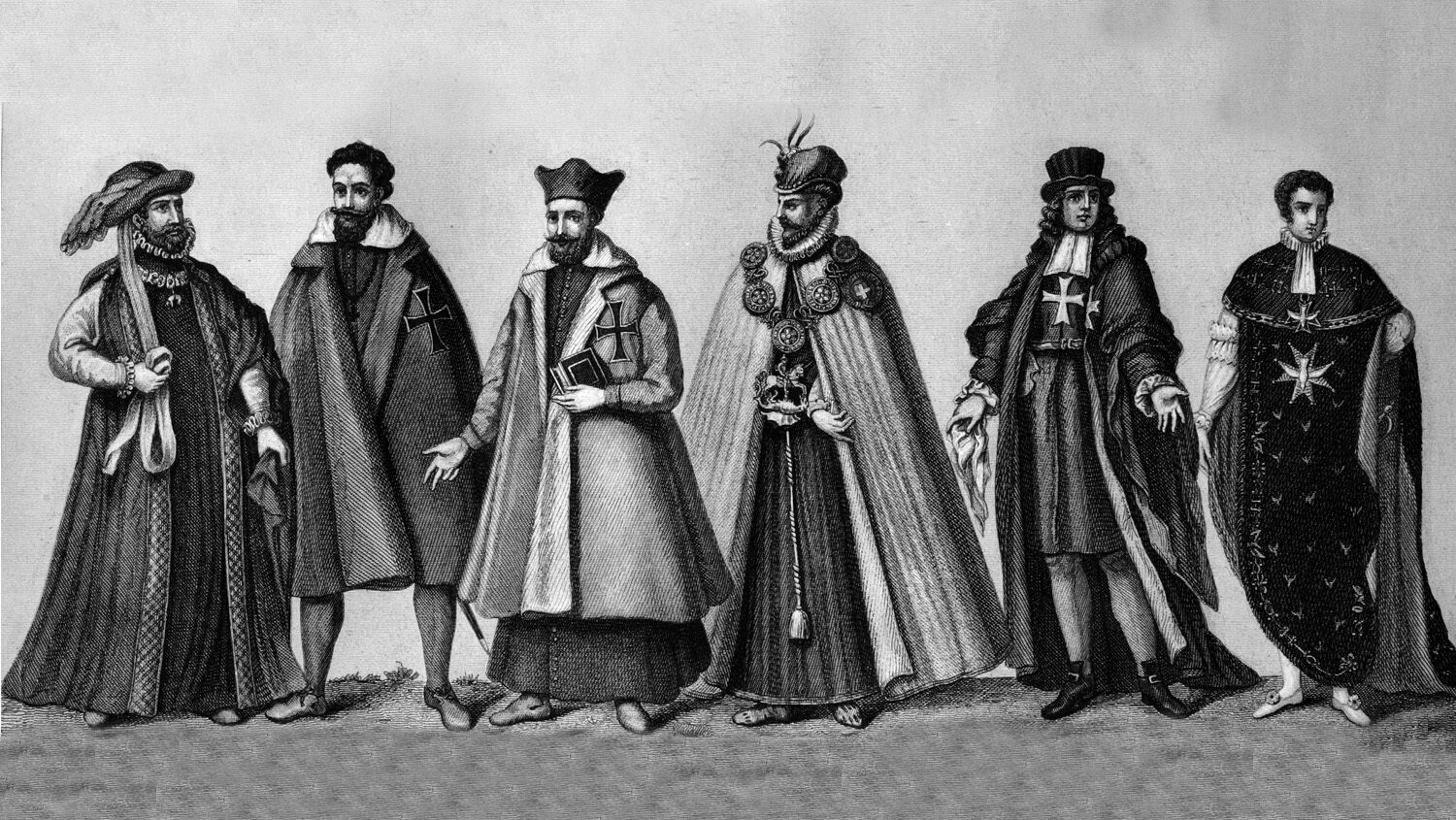 What better tradition than that of brutal crusaders?

The German Bundeswehr today overtly rejects the Nazi empire as its heritage and looks to a time before Adolf Hitler’s rise for tradition and inspiration. It finds that it in the Teutonic Order. The German Bundeswehr’s logo, the Iron Cross, goes directly back to this military order. But what is the Teutonic Order? And is it an admirable role model?

“Tradition needs symbols, signs and ceremonials,” state the 2018 guidelines on the Bundeswehr’s “Understanding and Cultivation of Tradition.” “They shape the image of the Bundeswehr in state and society. … In most cases, they emerged a long time ago. They are representative of the historical and military context that produced them or that is attributed to them.”

“The intention is for the Bundeswehr’s military personnel to engage with Germany’s military history in order to develop soldierly virtues and the appropriate attitude,” the Bundeswehr’s website explains. “Traditions also strengthen their will to bear burdens and to fight when the mission requires them to.”

The Teutonic Order has a centuries-long history that gives the German Army today much to draw from. “Cross and sword, bloody battles and charity, submission and mission: This is the image of the Teutonic Order in the Middle Ages,” noz.de noted. “It was the first German and, after the Knights of St. John and the Knights Templar, the third-largest spiritual order of knights in the time of the Crusades; at some point, it even ruled over its own state.” It served emperors and popes. It inspired Nazi Germany, and it inspires modern German troops today.

The Order of the Teutonic Knights of St. Mary’s Hospital in Jerusalem began as a hospital brotherhood in the Holy Land in the year 1190, shortly after the start of the third crusade called by Pope Gregory viii. First formed to aid Catholics on their pilgrimages to the Holy Land, it soon joined the fighting. “The hospital was granted the status of an independent military order by the pope, and the knights never looked back,” historian Mark Cartwright wrote for the World History Encyclopedia.

It used its fortifications to help the Crusaders establish a lasting presence in the Holy Land. “The order acquired land in parts of the Crusader-controlled Middle East, and established a handful of castles, especially around Acre [northwest Israel]. Essentially, the order was meant to defend Crusader acquisitions,” Cartwright continued.

The first crusade started in 1095 as an attempt to conquer the Muslims and take Jerusalem. This also marked the beginning of large-scale persecution of Jews in Western Europe. The crusades were as much an attempt to control Jerusalem as they were an attempt to get rid of the Jews.

After losing their stronghold in Jerusalem, the Teutonic knights saw it as their mission to convert Eastern Europe by the sword in later centuries. Their hatred for the Jews also manifested in that region. They even “forbade the settlement of Jews in the territory in the 15th century,” according to the Yivo Encyclopedia.

[T]he order spread further and further in Europe, conquering large areas of the Baltic States and parts of Poland. Even today, the former knight’s castles remind many East Europeans of the order’s bloody past. In the 13th century, the order founded its own state in the Slavic territories east of the German Empire. In Marienburg, today’s Polish Malborg near Gdansk, the knightly landlords built one of the largest castle complexes of the Middle Ages, which became the seat of the order and its grand masters. Thus, the order grew to become the strongest power in the Baltic region. Historians speak of great cruelty, of oppression and of missionary work, which was often only pretended as a goal: During the conquest of Danzig, for example, knights of the order fought against Christians.

Their success inspired Adolf Hitler and some of his closest confidants. In Medieval Armies and Weapons in Western Europe, Jean-Denis Lepage notes: “The Teutonics’ influence over German nationalists at the end of the 19th century and over the Nazi ideologists in the period 1919–1945 has frequently been mentioned. Their ‘Push to the East’ can—to a certain extent—be considered as the forerunner of the Nazi’s Lebensraum (living space).”

Heinrich Himmler saw his SS as the reincarnation of the Teutonic knights; though Hitler outlawed the more ecclesiastical organization by that name in 1938. The Nazis also based their military medal, the Iron Cross, on the Teutonic cross Friedrich-Wilhelm iii created in 1813 and the Allies forbid in 1918. This prestigious medal continues to be used in a new form in the German Army, and the Teutonic knights’ black cross inspired the cross on the Bundeswehr’s military vehicles.

Today, the Teutonic Order has 1,800 members and is one of three orders subordinate to the pope and headquartered in Vienna. While it still formally carries the title House of the Hospitalers of Saint Mary of the Teutons in Jerusalem, its presence in the Holy Land has ceased.

“The Crusades reveal the Catholic Church’s profound desire to control Jerusalem,” our book The Holy Roman Empire in Prophecy states. “But that aim is just part of its desire for world domination. The way to world government, it believed—and still believes—is through Jerusalem. Paul Johnson writes that the church held ‘the idea that Europe was a Christian entity, which had acquired certain inherent rights over the rest of the world by virtue of its faith, and its duty to spread it’ (A History of Christianity). … Muslim and Jewish inhabitants of Jerusalem were mercilessly slaughtered. All of this was done by Catholics who sincerely believed—and had been told by the pope—that they were becoming more righteous in the process. The memory of such horrendous massacres still lives in the minds of many Arabs. Those memories have provoked Arabs and Jews to massacre Catholics throughout history in a similar manner—all in the name of religion.”

This history exposes the true intent of those who still fight under the cross. The Bible reveals that the unaccomplished goals of the past will once again inspire others to pick up the mission. Another crusade is coming because Europe has failed to repent of this history.

It will begin peacefully. Daniel 11:40-45 indicate that during a time of conflict surrounding Jerusalem, European armies will be invited in to keep the peace. Trumpet editor in chief Gerald Flurry explains in Jerusalem in Prophecy that the phrase “shall enter also into the glorious land” in verse 41 indicates a peaceful entry into Jerusalem. This, however, will lead to a violent conquest of the city. “The Vatican and Germany are the heart of the Holy Roman Empire. They have conquered Jerusalem several times before. And they are destined to do so one last time!” writes Mr. Flurry.

The tradition of the Holy Roman Empire will inspire one final crusade. To understand these prophecies, order a free copy of Mr. Flurry’s booklet Jerusalem in Prophecy.