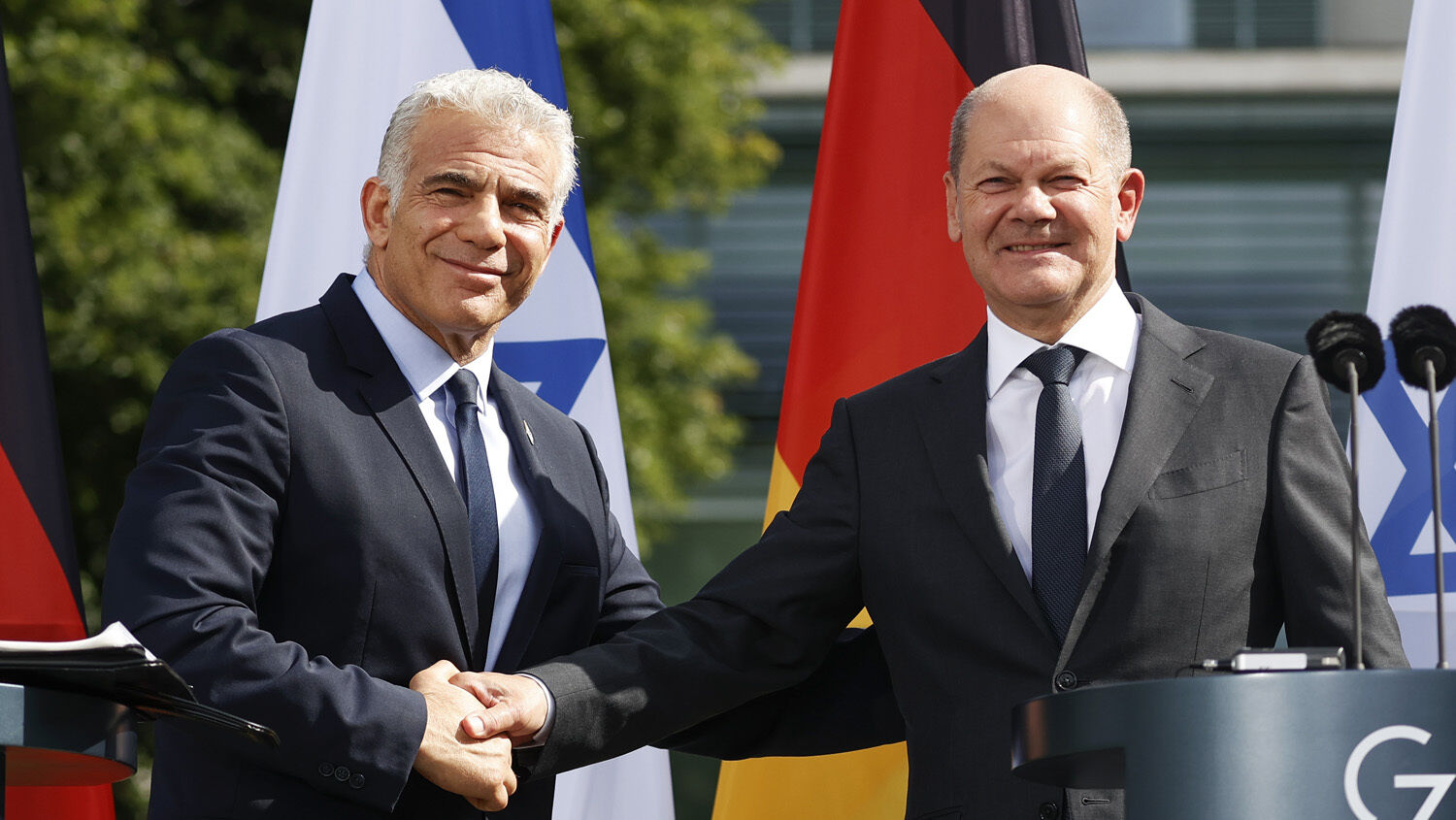 The irony of history takes another turn.

On September 12, Israeli Prime Minister Yair Lapid said Germany’s security would be Israel’s “total commitment.” During his visit with German Chancellor Olaf Scholz in Berlin, Lapid discussed Israel’s gas reserves in the eastern Mediterranean that could replace about 10 percent of Russian gas supplies to Europe. He also noted that Israel will help boost Germany’s military defense. “Israel … will play a part in building Germany’s new defense force, mainly in the field of air defense,” Lapid told reporters. “[I]t has to do with our total commitment to the safety of Germany, to the safety of Europe, to the ability of liberal democracies to defend themselves.”

In February, Scholz announced that Germany would massively invest in its military in the future. Now it appears Israel will help with this boost to Germany’s military. Scholz specifically mentioned the purchase of Israel’s Arrow 3 system. The system is specifically designed to defend against ballistic missiles coming from Iran.

During his visit, Lapid, along with Holocaust survivors, visited the House of the Wannsee Conference, where Nazi officials planned for the Holocaust. “Some will certainly say that a military partnership between Germany and Israel is a historical irony,” Lapid said. “I consider it to be proof that we have drawn the necessary conclusions from the past: Talk does not stop evil. Liberal democracies must be willing and able to defend themselves. Sometimes, freedom must be defended with force. Our partnership also requires us to act together against the growing threat of Iran becoming a nuclear state.”

On September 6, Israeli President Izchak Herzog visited the German Bundestag and called for a deepening partnership between Germany and Israel. Scholz himself visited Israel in March and met with then-Prime Minister Naftali Bennett. The two agreed on a strategic dialogue and steps toward a strategic partnership.

The German-Israeli partnership is taking flight.

“A few days ago our top officials met in Jerusalem for the first inter-communal dialogue,” Scholz said. “We’re advancing our friendship and our partnership. On Sunday, our country signed a memorandum to foster a German-Israeli youth group to foster the exchange between youth in our two countries. It is an investment into the good relations between Germany and Israel.” Lapid also met with German President Frank-Walter Steinmeier at the Schloss Bellevue presidential palace in Berlin.

Israeli Ambassador to the United Nations Ron Prosor told the Times of Israel: “The trip of the prime minister, in essence, is saying, ‘I traveled to Washington, I traveled to France, I traveled to the different countries of the Abraham Accords. I’m coming to Germany because this is the most substantial relationship we have in Europe.’”

Lapid’s visit comes on the heels of Palestinian President Mahmoud Abbas’s visit last month. With Scholz by his side, Abbas accused Israel of having committed 50 holocausts. Scholz’s silence was heavily critized. But Lapid praised Scholz during his visit for later distancing himself from Abbas’s comments.

Lapid said he was concerned about Abbas’s remarks but added that the same language is promoted in Palestinian textbooks. “This kind of terrible incitement is part of what they teach their children,” Lapid said. “This needs to be addressed by the civilized world in one voice.” Lapid failed to mention that German taxpayers’ money has been used to finance these textbooks.

Many Israelis fear that a terrorist state is growing next to their border. And that’s exactly what Germany appears to be promoting. On September 12, Scholz reiterated that “a sustainable solution can only be a two-state solution.” The danger of this solution is explained in our free booklet Jerusalem in Prophecy.

The two leaders also discussed Iran’s pursuit of nuclear weapons. Lapid warned: “Returning to the nuclear agreement under the current conditions would be a crucial mistake. Removing sanctions and pouring hundreds of billions of dollars into Iran will bring waves of terrorism, not only to the Middle East, but also across Europe.” But Germany has been pushing for such a deal.

A return to the nuclear deal would allow Iran sanction relief and the ability to sell its oil on the international market again. Recently, however, it has become undeniable that Iran is pursuing nuclear bombs. Thus, even Germany and its European allies are forced to admit that a return to the deal currently is difficult.

Despite the obvious disagreements, Israel and Germany continue to deepen their cooperation in their common struggle against Iranian hegemony. Lapid noted that he shared “sensitive and relevant intelligence information” with Scholz regarding Iran.

Israel’s commitment to Germany is concerning. Israel is looking for an ally in a hostile world where it struggles to survive. It believes that it has found such an ally in Germany. Hosea 5:13 prophesies that Judah, the Jewish nation called Israel today, will turn to Assyria, modern-day Germany. They share a common enemy: Iran. This, along with other commonalities, causes them to cooperate more. But just as Lapid said, “Talk does not stop evil.” More and more believe that stopping a belligerent Iran will take military intervention. The Bible reveals that Germany will lead that intervention. It now also appears that it will do so with the help of Israeli intelligence and military technology.

Israel may temporally enjoy peace as a result of this confrontation. But this peace will be short-lived. Verse 41 says European armies will march into Jerusalem. “They ‘enter’ into the glorious land, or the Holy Land. The Hebrew indicates this is a peaceful entry—not forced,” Trumpet editor in chief Gerald Flurry explains in The King of the South. “The Jews appear to invite them in as peacekeepers. But it leads to a great double cross, prophesied in Ezekiel 23.”

This is an astounding prophecy that seemed hardly believable just a few years ago. But today Israel and Germany share a strong cooperation that could lead to German peacekeeping troops in Jerusalem. But the outcome of this alliance, as Mr. Flurry explains in Jerusalem in Prophecy, will be devastating for Israel. While these armies will protect Israel from the terrorism they allowed to escalate, they will suddenly turn against the Jewish people. Europe has sought control of Jerusalem for centuries and will exploit Israel’s fears to achieve that goal.

As Mr. Flurry notes, Israel today has so many issues because it fails to look to God for solutions. We are watching many details of these prophecies be fulfilled right before our eyes in an astounding way. I encourage you to request Jerusalem in Prophecy to learn more.