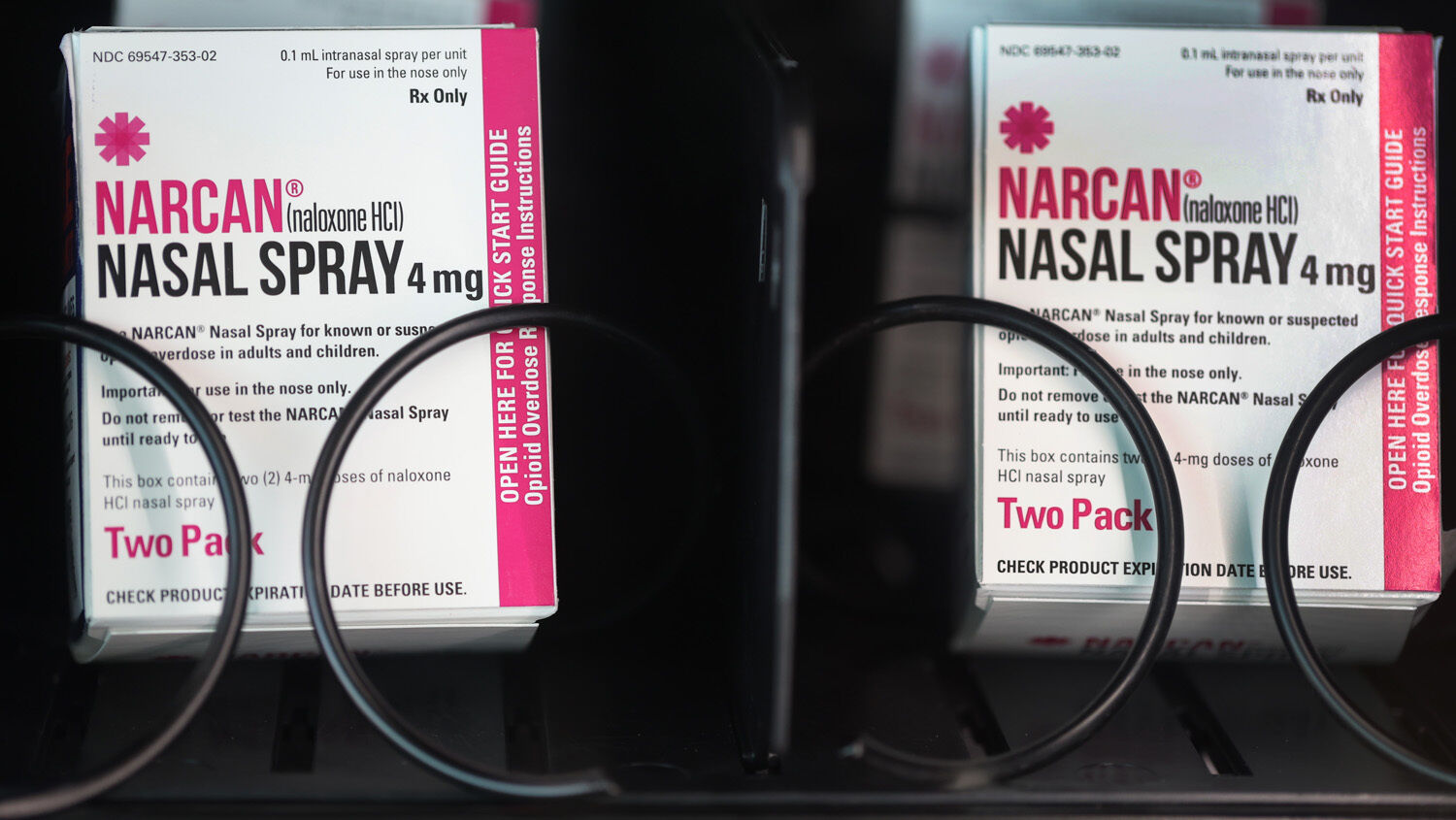 A spiritual sickness threatens to plunge America into an epidemic of violence.

Since the launch of Operation Lone Star, the Texas Department of Public Safety has seized over 335 million doses of fentanyl being smuggled into the United States. Yet rather than help Texas protect the U.S. southern border from drug traffickers, the Biden administration is passing out free syringes. According to a U.S. National Institutes of Health grant awarded last month, the U.S. Department of Health and Human Services is about to spend $3.6 million on vending machines filled with “injection equipment, naloxone, fentanyl test strips, hygiene kits, condoms and other supplies.”

These vending machines will be set up in rural Kentucky in an effort to reduce the stigma for drug addicts. Biden’s drug policy czar, Dr. Rahul Gupta, is a strong proponent of safe injection sites, which allow addicts to inject themselves with dangerous substances like heroin and fentanyl in an environment supervised by medical professionals. But apparently, some addicts feel stigmatized when they use such sites. So the government is spending millions on vending machines where addicts can anonymously get clean syringes to shoot themselves up with heroin, fentanyl and other narcotics.

Similar machines have been deployed in states like Nevada, New York and Ohio; and in nations like Australia, Canada and Germany. Access to such kiosks has been found to reduce overdose deaths significantly, but vending machines sidestep the bigger issue of getting people off drugs. Addicts need rehabilitation, not anonymity. Destigmatizing drug addiction may have the opposite effect that many liberals intend. By attempting to make drug use anonymous and safe, the Biden administration is encouraging addicts to keep injecting themselves with dangerous chemical compounds.

American psychologist Dr. Bruce Alexander demonstrated that you cannot solve drug addiction with safe injection sites. In his famous “Rat Park” experiments, he showed when rats are placed in a cage with no community of rats and offered a water bottle filled with pure water and another filled with cocaine-laced water, they will drink from the drug-laced bottle until they die. But when rats are placed in a cage with other rats, they remarkably preferred pure water. Dr. Alexander’s key takeaway from this research is that addiction is more of a social problem than a chemical problem.

Widespread approval of drug use in America is a sign of a terminal spiritual sickness the Bible calls pharmakeia. It is listed as a “work of the flesh” in Galatians 5:19-20. The King James translation renders this word as “witchcraft,” but a more exact rendering is “use of drugs.” Millions of Americans use marijuana, psychedelic mushrooms, cocaine, heroin, methamphetamines and other drugs for moments of hallucinatory euphoria in a vain attempt to fill a spiritual void.

Putting clean syringes in vending machines is not going to cure this terminal illness, and the more sober-minded people in the Biden administration know it. There is abundant evidence that the Chinese government is abetting the fentanyl trade in the United States in a deliberate attempt to weaken its enemy by ripping apart families, multiplying crime, crippling the economy, and destroying the minds of the next generation of Americans. Whether wittingly or unwittingly, the Biden administration is helping the Chinese Communist Party achieve its goals by passing out free syringes.

“Why do children want to take drugs and destroy their minds?” Trumpet editor in chief Gerald Flurry asks in No Freedom Without Law. “The mind is the only thing that really sets us apart from animals. What is lacking in their lives that would make them want to do that to themselves? Why even take a chance on something so destructive? Because their wills are so weakened, they must have something to fill the void their parents have left—in most cases. Of course, drugs don’t truly fill that void at all—they only bring people into slavery of the worst possible kind. Drug addiction destroys the will! Sex addiction destroys the will! The worse the addiction, the weaker the will to resist, to fight evil. Our young people today have even lost the will to participate in the military to protect our nation’s freedom. History shows the terrible consequences of a damaged will: When a nation’s will is broken, it becomes weak and ineffective—and, oftentimes, enslaved by an enemy nation!”

In the Old Testament, the Prophet Hosea foretold that the modern-day descendants of ancient Israel (the peoples of America and Britain) would suffer serious problems if they rebelled against God’s law. “Hear the word of the Lord, ye children of Israel: for the Lord hath a controversy with the inhabitants of the land, because there is no truth, nor mercy, nor knowledge of God in the land. By swearing, and lying, and killing, and stealing, and committing adultery, they break out, and blood toucheth blood. Therefore shall the land mourn, and every one that dwelleth therein shall languish, with the beasts of the field, and with the fowls of heaven; yea, the fishes of the sea also shall be taken away” (Hosea 4:1-3).

This passage describes cause and effect. Because there is “no truth, nor mercy, nor knowledge of God in the land,” people swear, lie, kill, steal and commit adultery. The resulting immorality breaks apart families, leading millions of hopeless youths to join gangs and take drugs. The end result is that blood touches blood as violence fills the land.

This isn’t a problem that will be solved by safe injection sites or self-harm kiosks. It is a spiritual sickness that must be solved in the 130 million homes spread across the United States. If there isn’t repentance on a nationwide scale, the ripple effects of transgressing God’s law will continue to spread until the entire continent experiences a tsunami of violence.