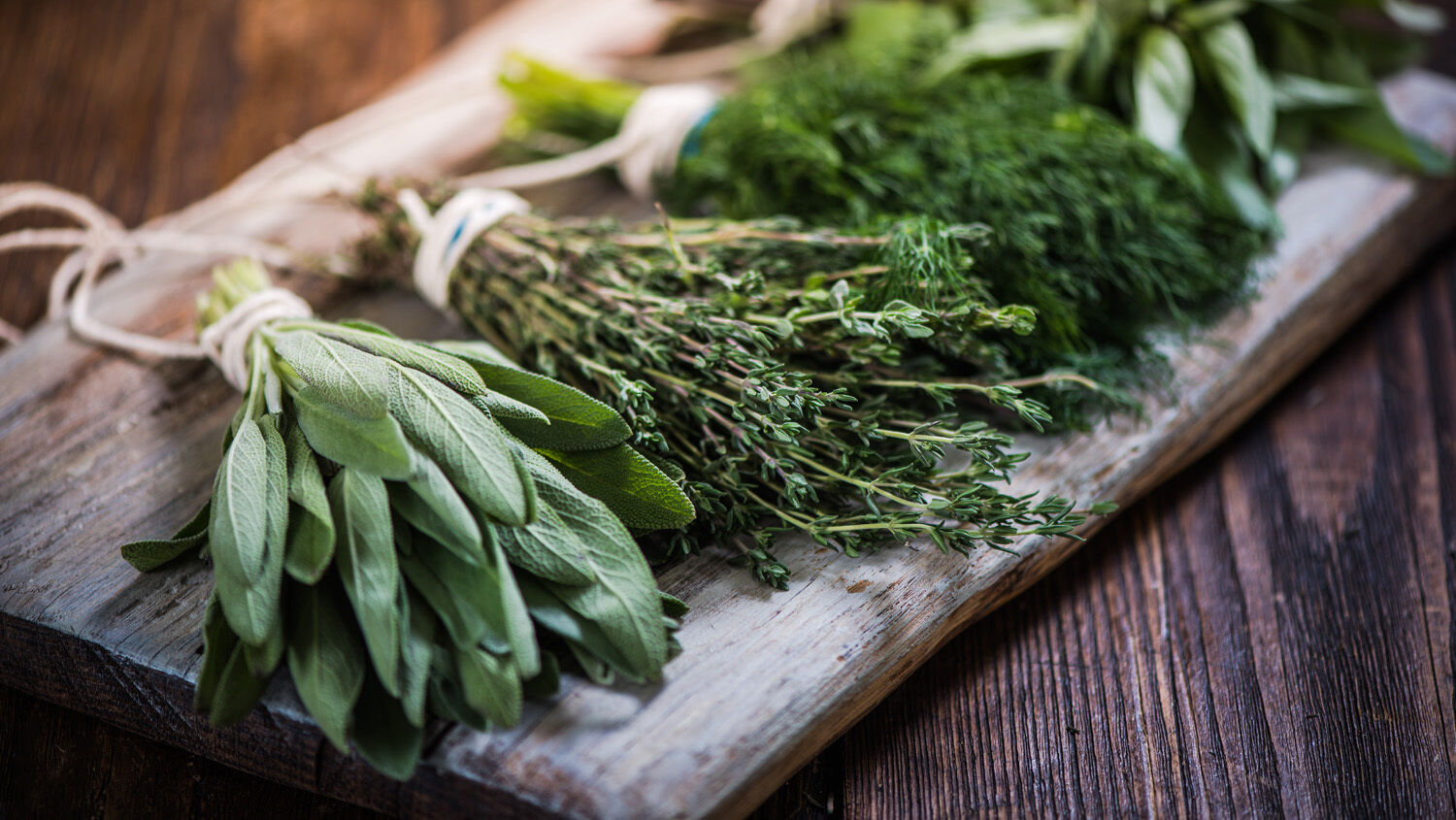 Herbs are the original natural “health remedies.” They have been available throughout man’s existence. In recent centuries, however, chemical technology has been refined, and its use for treating illness and injury has increased while the use of herbs has decreased. People now generally consider herbal therapies to be outdated and view synthetic drug products as the best, if not only, health remedies.

Were effective remedies provided in nature by the same Creator who designed the human body, or were they nonexistent until chemical laboratories and factories were constructed? Which option should you look to?

Most medical doctors dismiss herbs, believing they have not been scientifically proven to relieve ailments. Yet at the same time, they acknowledge that medicines cause significant harm and even death, but this is considered the cost of doing business.

Pharmaceutical drugs have a less-than-impressive safety record. About 50 to 90 percent of medical drugs are known to contain allergy-inducing ingredients such as peanut oil, lactose, dyes, gluten and certain sugars. Other ingredients equate to medieval potions, including gila monster spit, ground cow lungs, snake venom, horse urine and sloth fungi. As a close look at the average pharmaceutical ad shows, they also contain extremely unnatural, extremely powerful chemical concoctions. And the active medicinal properties of these drugs have the worst record.

But if such formulas were significantly harmful to people, they would never be approved for the market, so heavily advertised and so widely promoted by doctors, would they? Well, take a look at the system by which they are approved, advertised and prescribed.

A well-known “revolving door” exists between leaders of the United States Food and Drug Administration and the very drug companies that it monitors. It gives pharmaceutical companies such favor that almost 70 percent of drug approvals in the U.S. right now are expedited approvals (bmj Investigation). This means a jaw-dropping 94 percent of drugs that have been approved recently never went through rigorous tests proving they were safe or effective.

The fda acknowledges that even drugs that are approved after significant research, regulation and prescription still cause 2.7 million adverse reactions each year, plus 128,000 deaths. This is considered the price of progress.

Former New England Journal of Medicine editor Dr. Marcia Angell writes in her 2009 book, Drug Companies and Doctors: A Story of Corruption: “It is simply no longer possible to believe much of the clinical research that is published, or to rely on the judgment of trusted physicians or authoritative medical guidelines.”

Dr. Angell’s statement points to a pharmaceutical industry that is a chronic offender of criminal fraud. It has culminated in perhaps the most significant medical peril in history: the covid-19 vaccine, which has devastated the health of millions and killed tens of thousands—so far.

It’s a bit rich, then, that this industry should belittle the safety of the humble herb.

Compared to pharmaceuticals, herbal remedies have a weaker, yet safer effect on the body. This minimizes side effects and avoids interference with the body’s natural recovery (Anne Kennedy, Herbal Medicine, Natural Remedies). In fact, herb usage leading to hospitalization or death is so rare that statistics and examples are hard to find. Even the American Association of Poison Control Centers does not have a database for adverse reactions to herbs.

Rather than specifically fighting disease cells, herbs use active compounds that can help strengthen bodily processes and make the body more resilient overall. And although medical experts trained to prescribe lisinopril, atorvastatin, levothyroxine, acetaminophen/hydrocodone, amphetamine and other active chemicals may deny it, there is a considerable amount of scientific and clinical evidence to substantiate many herbal health claims.

Did you know that garlic (a bulb), cayenne (a spice) and ginkgo (a tree leaf) can all properly be called herbs? These and other herbs can have positive effects on your body. Herbal teas, for example, have proved to be one of the healthiest drinks in the world. They can be made as infusions with leaf and flower material steeped for 5 to 10 minutes or decoctions with root and twig materials boiled and simmered for 10 to 20 minutes (James A. Duke, The Green Pharmacy).

Most “soft-stemmed” herb varieties such as parsley, basil and dill can also be used in salads and on sandwiches. Other fresh herbs like mint, lavender and rosemary can be added in smaller amounts to drinks and as toppings on snacks and desserts (Michigan State University).

With the right ingredients and methods, herbs can provide a variety of benefits. Lavender and oat straw can relieve insomnia, lemongrass can aid digestion, and a fern called horsetail can strengthen bones. Black cumin seeds can aid with diabetes and high blood pressure; andrographis and elderberry can tackle flu symptoms; meadowsweet can provide pain relief; butterbur can reduce inflammation. External ailments such as wounds or infections can be treated with an herbal poultice or compress, while an herbal cream, salve or oil will soothe irritations, inflammations or bruises. The list of herbal benefits goes on and on.

To choose wisely among the many herbal remedies available, it’s best to have a basic knowledge of how they work and what they can do. Of the 300,000 distinct plant species we know of, fewer than 10 percent have been screened for medicinal and toxic characteristics. Most people avoid the uncertainty of doing their own herbal preparations and simply buy them standardized at health food stores or online.

The majority of medical plants are safe for non-pregnancy consumption if you abide by the following sensible guidelines. Use only plants recommended in respected herb books. Discontinue consumption if you experience any adverse reaction. Do not use herbs for complex conditions unless you have considerable knowledge about how to do so. Understand that herbs can interact with medicines.

Some great resources for better understanding include The Healing Power of Herbs, by Michael T. Murray; The Green Pharmacy, by James A. Duke; Herbal Medicine, by Dian Dincin Buchman; The Herb Handbook, by John Lust; The Healing Herbs, by Michael Castleman; and The Herbal Drugstore, by Linda B. White.

The dominant belief of medical experts today is that natural remedies have been replaced by superior, powerful, synthetic drugs. But consider the statement made by a far greater medical expert: “Behold, I have given you every herb bearing seed, which is upon the face of all the earth, and every tree, in the which is the fruit of a tree yielding seed; to you it shall be for meat” (Genesis 1:29). God “gave” these herbs for man’s wise use. They are a natural, nutritious way of promoting health and correcting mild, long-term complaints. No chemicals, no added sugars, no potential carcinogens, no psychoactive potency. Just clean, powerful plants that we can use in moderation to prevent and recover from poor health.