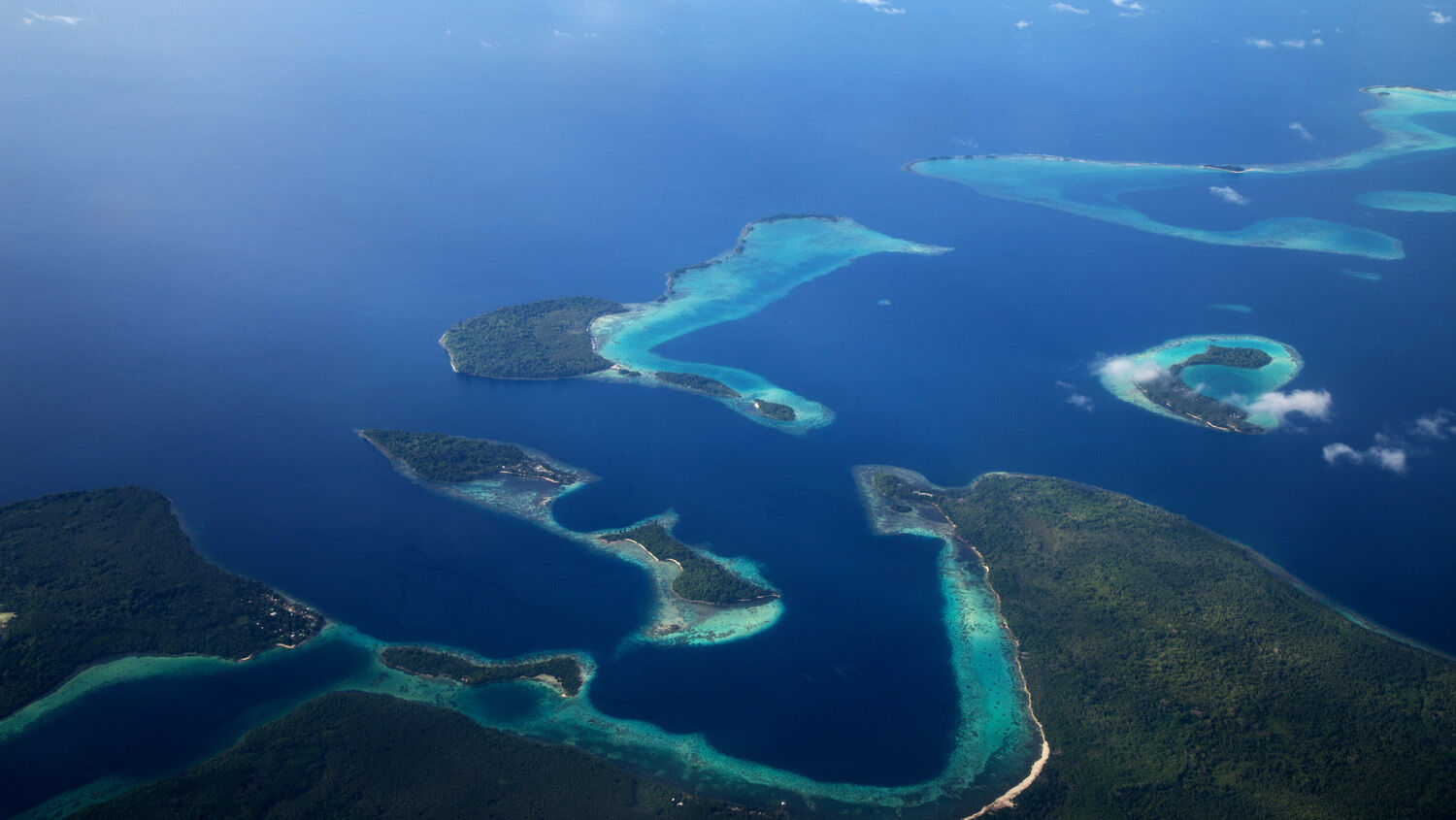 China’s quest to dominate vital shipping lanes in the South Pacific is accelerating.

The government of Solomon Islands announced on August 30 that it had suspended visits by American and other foreign naval ships, in the latest sign that the island nation is on the fast track to becoming a Chinese colony.

Solomon Islander Prime Minister Manasseh Sogavare said the U.S. ship had failed to deliver necessary information to his office in time for the visit to be greenlit. But Sogavare signed a secret security pact with Beijing earlier this year that opens the door to a Chinese military presence in his nation, and he welcomed Chinese construction of infrastructure, including Huawei equipment known to enable Chinese espionage. At the same time, his government has been increasingly reluctant to cooperate with America and Australia, which views the Pacific islands as lying inside its sphere of influence. Because of this, analysts see Sogavare’s suspension of port calls as an intentional rebuke to America and its allies—at China’s behest.

“[T]his decision reflects a concerning trend,” Charles Edel, senior fellow at the U.S Studies Center at the University of Sydney, told the New York Times. The facts “suggest that Sogavare is increasingly looking to bring the Solomon Islands closer to China.”

In fact, the evidence suggests that Sogavare has already brought Solomon Islands so close to China that it is nearly a client state. The question now is how long it will be until Beijing uses its growing influence over the nation to build a naval colony there. This question is especially urgent after news broke last month showing that the Chinese are near to clenching a deal to buy a Solomon Islands property that includes the nation’s best deepwater port, very likely for military purposes.

The danger of Solomon Islands and neighboring countries becoming military hubs for China was laid out in a 2016 Defense White Paper, with the threat it would present to Australia given particular emphasis: “Australia cannot be secure if our immediate neighborhood, including Papua New Guinea, Timor-Leste and Pacific Island countries, becomes a source of threat to Australia. This includes the threat of a foreign military power seeking influence in ways that could challenge the security of our maritime approaches ….”

It is increasingly clear that China is working to overpower American and Australian influence to become master of this region. And as surprising as this trend may seem, it actually aligns with the forecasts of Bible prophecy.

Genesis 22:17 records God pledging to the patriarch Abraham that his “descendants” would one day “take possession of the gates of their enemies” (International Standard Version).

In The United States and Britain in Prophecy, the late Herbert W. Armstrong showed that the peoples of America and Britain—including British Commonwealth states such as Australia—are the modern-day descendants of Abraham’s grandson Israel and Israel’s son Joseph. Mr. Armstrong showed that this promise in Genesis 22:17 was fulfilled before World War ii, when Britain and America took control over all major sea “gates,” such as Hong Kong, Panama and Suez, as well as numerous minor gates, including Solomon Islands.

“[T]hese descendants of Joseph” grew “numerous” and “encircled the globe” and came to “possess the ‘gates’ of enemy nations,” Mr. Armstrong wrote. “Britain and America came into possession of every such major ‘gate’ in this world!”

Based on this passage in Genesis 22, Mr. Armstrong said the fact that the United Kingdom and U.S. came to control these strategic oceanic locations proved that these countries are the descendants of Abraham’s family. “[W]e must be modern Israel,” he wrote.

The U.S. and UK used their hold on these locations to defeat aggressor powers during both world wars, including a historic World War ii campaign from Solomon Islands that resulted in a decisive loss for Imperial Japan. In peacetime, America and Britain used their hold over such locations to keep the world’s shipping lanes open and relatively stable—to the benefit of most nations.

My father fought in the Solomon Islands in WW2 as a gunner sitting in the back of an airplane just like this one. He risked his life to liberate the Solomon Islands. We cannot surrender these islands to China. It cannot be for nothing that our heroes gave everything. pic.twitter.com/E4WuKlVhVg

But the Bible also prophesied that Britain and the U.S. would later lose their grip on these strategic sea gates.

This has been fulfilled in recent decades with the transfer of Hong Kong, Panama and other such holdings away from America and Britain—and mainly to Chinese control. And now Solomon Islands can be added to the list. Trumpet editor in chief Gerald Flurry explains in Isaiah’s End-Time Vision how China and other powers will soon use their control over these gates against the modern descendants of Israel. He writes:

Mr. Flurry explains that the decline of the U.S. and Britain and the rise of China and other aggressor nations will lead to an epoch of unprecedented catastrophe for America, Britain, Australia and all the world. But he emphasizes that the suffering has a clear purpose: to teach the peoples of the world to love God’s law. And he stresses that the time of suffering will be immediately followed by an era of unprecedented peace. “Thank God,” he writes, “there is great news beyond the bad news.”

To learn more about the detailed Bible prophecies at the foundation of Mr. Armstrong’s and Mr. Flurry’s forecasts, and the hope that lies at the core of these prophecies, order your free copy of Isaiah’s End-Time Vision.