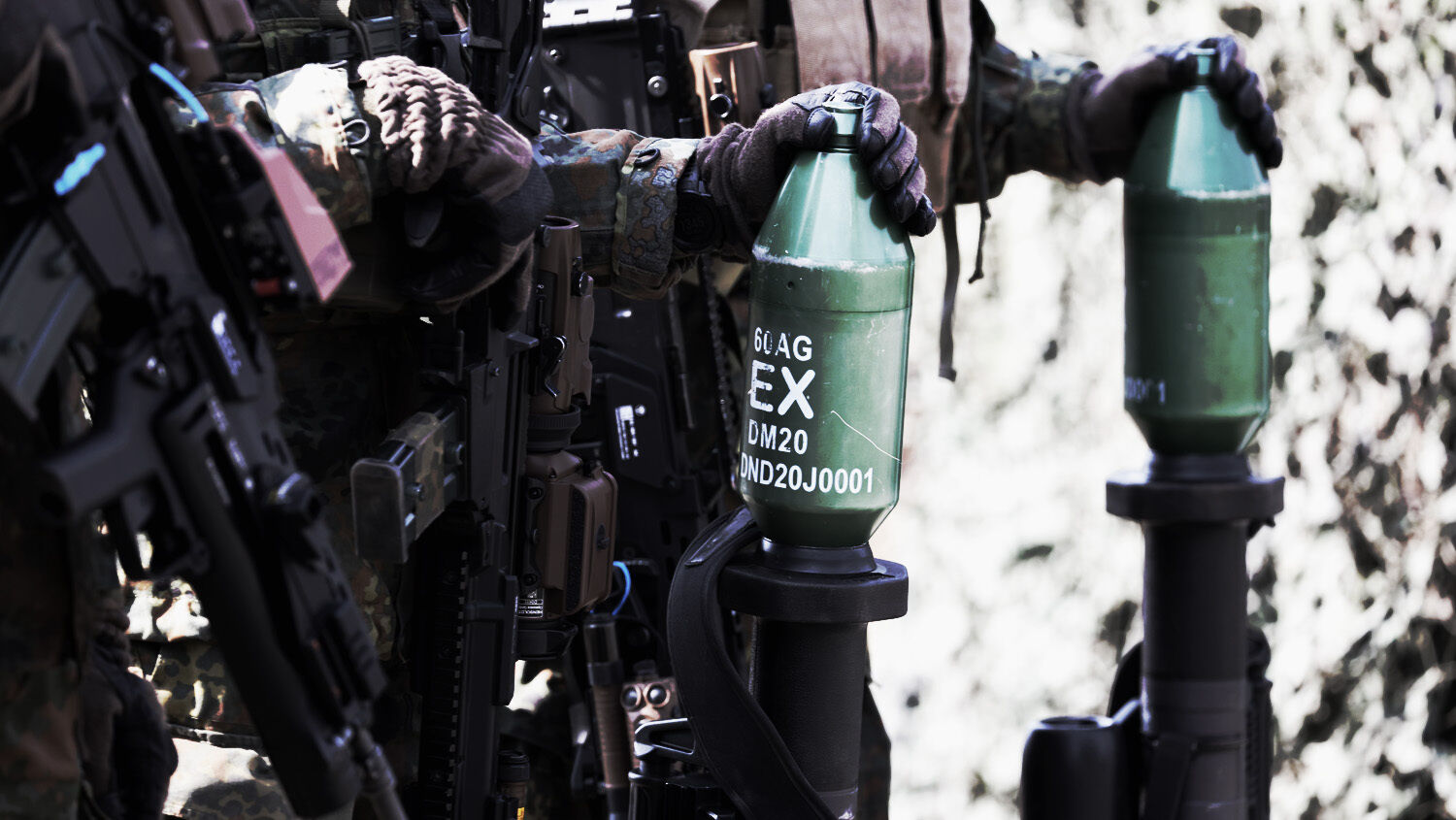 Soldiers of the Bundeswehr’s Panzerbrigade are seen with bazookas.
Andreas Rentz/Getty Images

Germany has long used its military weakness as an excuse to exploit the U.S. military umbrella.

The German government has so far approved arms exports worth around €5.1 billion (us$5.1 billion) this year. This is an enormous increase of more than €2 billion compared to the same period last year, which already broke all records. But as Spiegel Online wrote on August 31, “Ukraine is hardly a factor here.” Ironically in the same week as the new record was announced, the German government stated that it had reached its limits in its support for Ukraine.

“[W]e are reaching the limits of what we can hand over from the Bundeswehr” to Ukraine, Defense Minister Christine Lambrecht claimed on September 6. Lambrecht said sending more weapons would risk Germany’s own security. Yet it appears that Germany has plenty for other countries. Of the €5.1 billion in arms exports, Ukraine only received €686 million—and that after considerable domestic and international pressure.

Many wonder if Germany really can’t provide more aid to Ukraine or if it just doesn’t want to. Germany has been quite content letting the United States pay for its security while maintaining good relations with Russia. In contrast to Germany’s sparse support, the Biden administration has approved about $13.5 billion in military aid to Ukraine.

“It is dangerous to be rich and weak,” George Friedman wrote on August 30. “Such nations are frequently seen as a tasty meal. That is how Europe appears to global predators. The United States, which is both rich and strong, has to defend Europe because the wealth, technology and knowledge of Europe in the hands of other states might imperil the United States. The Europeans have for centuries mastered the art of using weakness effectively.”

Germany has used military weakness as an excuse to exploit the U.S. military umbrella. But one thing has changed since the Ukraine war: Many European countries, including Germany, have announced drastic military boosts. This might be even more dangerous. Friedman wrote:

I do not regard the German production shortfall as a cause for real concern. But in the long run, the European belief that the Continent faces no threats, or that the U.S. will assume the risk and cost of defending Europe from whatever risks do exist, can last only so long. It is better perhaps that Europe remain militarily weak. History shows that a well-armed, divided continent is savage beyond imagination. Armament and disarmament are both troubling. Something that is not an issue now always becomes a frightening issue in Europe eventually.

Drawing on Europe’s history Friedman makes a few good points. The history of the Crusades shows the power and savagery of a strong European force. Bible prophecy reveals that Europe’s current crisis, its pledges to rearm, and its need to stand together will lead to great devastation (Revelation 17). Germany is prophesied to betray the nation paying its bills. In doing so, it will rally a united Europe in a fight against a weakened, divided America. The war in Ukraine is hastening the fulfillment of this prophecy, as Trumpet editor in chief Gerald Flurry explained in “Ukraine Is Hastening a New Germany.”