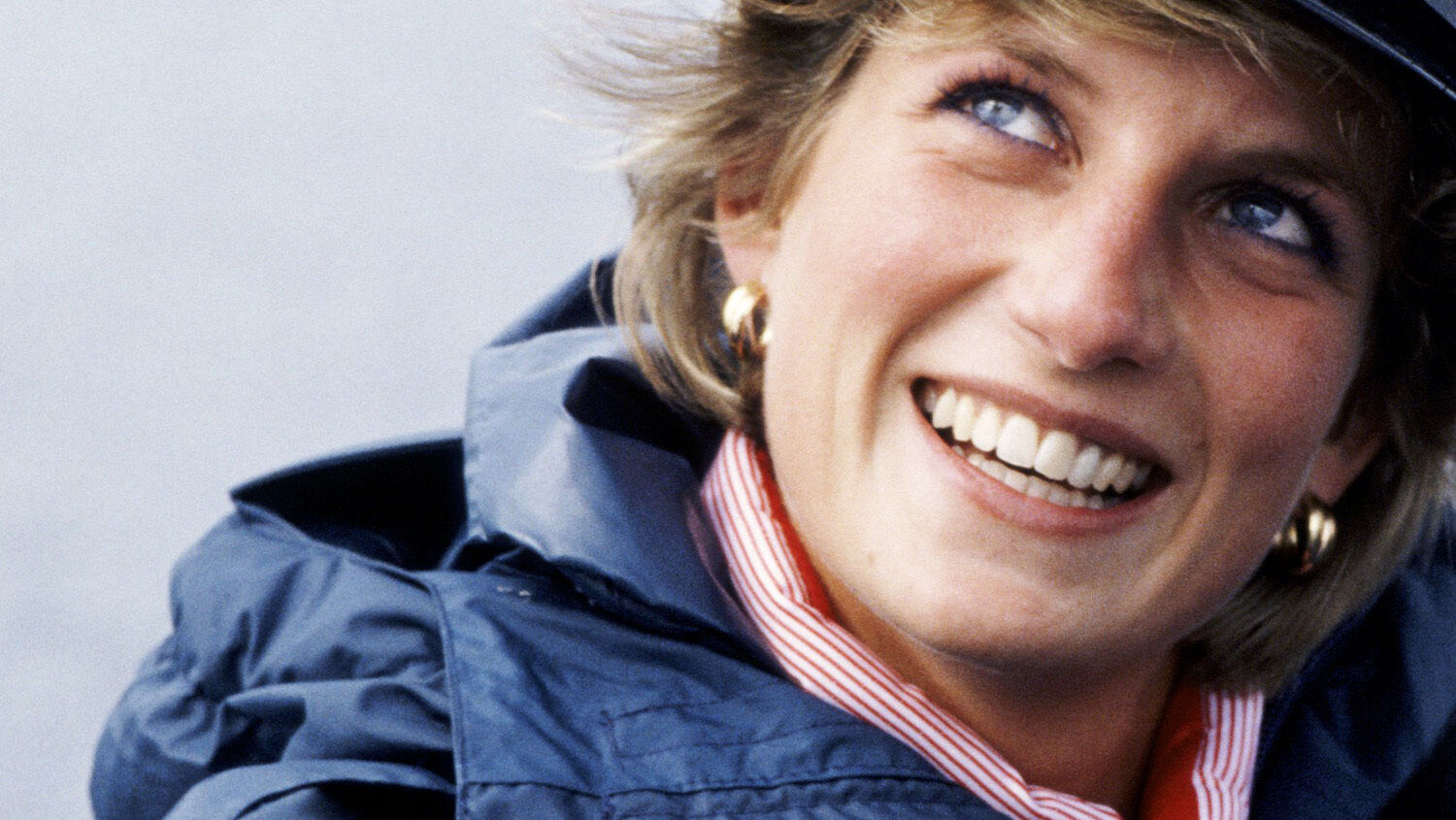 It’s been 25 years since Lady Diana transformed the royal family.

I remember the day Lady Diana died. I was 6 years old, playing inside our home in Saskatchewan, Canada, when my parents saw the story on the news. I knew who the Queen was, but I didn’t know who Diana was. I remember the shock and outpouring of emotion. Above all, I remember the pictures and videos of the mangled black Mercedes Benz that was pulled out of the Pont de l’Alma tunnel in Paris.

The entire front of the car was smashed into a u-shape when the car hit a supporting pillar at nearly 70 miles per hour. The engine was a mass of twisted and compacted steel, pushing into the seating area. All of the windows were smashed, the frame of the car curved, and the roof crumpled in. It took two hours for emergency crews to cut the passengers out of the wreckage. It was a horrific sight.

Traveling with Diana was her boyfriend, Dodi Fayed, son of the former owner of Harrods; the driver, Henri Paul; and their bodyguard, Trevor Rees-Jones. Fayed and Paul were pronounced dead at the scene. Diana was suffering from heavy internal bleeding, but paramedics were able to revive her. She later died from a heart attack during surgery early in the morning of August 31. Jones was the only one to survive the crash.

The investigation by the French police later revealed that Paul was driving under the influence of alcohol and that Diana was not wearing a seat belt. They were driving at high speeds to avoid the paparazzi, who were tailing the car on motorcycles. But at the time of Diana’s death, none of these details were known, and the world erupted into an emotional display of mourning that would prove to be a turning point for the British royal family.

Lady Diana died 25 years ago today. To this day, she is remembered as a saint, an icon and a heroine of a new age. Yet time has revealed Diana’s true legacy as one that should not be celebrated. Her life and death actually epitomize several Bible prophecies that are being fulfilled right now across the English-speaking nations.

Last Gasp of Joy and Splendor

More than 750 million people watched the televised wedding of Prince Charles and Diana Spencer on July 19, 1981. It was the most-watched event in history at that time. The entire world was infatuated with the fairytale romance and the dazzling display of pomp and ceremony.

The late Herbert W. Armstrong was in Britain at the time, and wrote an article in the October-November 1981 Plain Truth magazine titled “Britain’s Last Gasp of Joy and Splendor.” In that article, he wrote: “No other nation on Earth could put on so glorious and colorful an extravaganza. It was a spectacle unparalleled. … The precise timing of everything, the professional dignity with which it was all executed, neared perfection.” Yet despite the impressive and uplifting display, Mr. Armstrong issued a warning.

Trumpet editor in chief Gerald Flurry writes in Jeremiah and the Greatest Vision in the Bible: “When she married, Princess Diana had the word ‘obey’ removed from the wedding ceremony. She didn’t want to obey her husband, and Charles shamefully agreed! God holds him more accountable. Herbert Armstrong prophesied that the royal marriage would fail because of that serious omission.” The hopes and dreams of the royal wedding tragically collapsed. Both Charles and Diana had scandalous affairs, and their public estrangement eventually led to a separation in 1992 and divorce in August 1996. Princes William and Harry were only 14 and 11 years old when their family was torn apart.

Only two years before Diana died, she said in a tv interview that she wanted to be “the queen of people’s hearts.” The entire world was enraptured with the celebrity and glamorous image Diana exuded. Diana became a royal rebel, breaking from norms and protocols, and embraced the new age morality spreading throughout the Western world.

“A remarkable number of people saw in her a reflection of what they felt about their own neediness,” wrote Melanie Phillips. “Moreover, she was seen to have transmuted such suffering by her star power and her gestures of caring and compassion. So she was also invested with the sacred power of redemption.” The carefully crafted mass media image of Diana as a victim of a bad marriage to Prince Charles made her a champion of feminism.

When she died, especially in such a tragic manner, Britain and the world suffered from emotional hysteria. People laid flowers at the tunnel in Paris, at Buckingham Palace and Kensington Palace, and demanded that Queen Elizabeth ii and Prince Charles partake of these emotional waves. There was a massive public controversy over the lack of emotional public displays by the royals and by the fact that the Queen refused demands to fly the Royal Standard at half-mast, which is never done, even when a monarch dies. It was during this time that Prime Minister Tony Blair coined the phrase, the “people’s princess” and advised the Queen to make concessions.

It was a watershed moment that transformed the royal family.

“Diana’s death is this whirlwind moment, which requires the monarchy to reorientate its public image to embrace a more modern, expressive kind of celebrity image as a way of appealing to audiences,” said royal historian Ed Owens.

Diana’s sons have embraced this new form of monarchy and have continued embracing the social issues and progressive outlooks of their mother. Yet the bigger impact is how Diana’s example affected families around the entire world.

In 1997, Mr. Flurry wrote: “Today the monarchy has been so battered, bruised and beaten, they will never recover the dignity they once had. The walls of the palace have been riddled with scandal. Princess Diana’s death could do even greater harm to the royal family than some of the events of her life.” The tragic and shocking nature of her death allowed the media to deify her to the public. Her life, decisions and legacy are beyond reproach, and the royal family portrayed as the antagonists to the saintly crusade of Diana.

The real legacy of Diana’s life and example was the glamorizing of family breakdown. “Her tragedy was to have made a disastrous marriage,” wrote Phillips. “She thus repeated the general pattern of catastrophic family breakdown, which may mark the children involved for the rest of their lives and distort the choices they themselves make.” Yet the failed marriage and scandals of Prince Charles and Diana affect far more than William and Harry; they affect the stability of the realm and beyond. Mr. Flurry explains these disastrous consequences in Jeremiah and the Great Vision in the Bible:

Prince Charles has publicly lived in an adulterous relationship with a married lady. Princess Diana went from one sordid adultery to another, while the whole world ogled and many followed her example! Since her death, she has widely been viewed as a saint! In truth, she was in the vanguard of a spirit that turned our families upside down!

God thunders that these are nation-destroying problems!

The royal family has led the way in promoting an anti-God lifestyle. This has only increased over the past 25 years as Diana’s children continue the transformation of the royal family and other scandals involving Prince Andrew have been exposed. This is partially the effect of generations of broken families and marital scandal in the house of Windsor and the profound change in morality that has gripped our nations. But it is also the fulfillment of Bible prophecy.

Mr. Armstrong explained in The United States and Britain in Prophecy that the British royal family are descended from King David and are the fulfillment of promises God made (2 Samuel 7:16; Jeremiah 33:17). There is great hope and vision in that throne, but the royal family is also held more accountable for their actions. By deliberately promoting a lifestyle that destroys families, which is the foundation of any stable civilization, it has incurred more curses on the family and nation.

Despite the solemn nature of this history, there was a bright moment during the marriage of Charles and Diana. On May 14, 1983, both Prince Charles and Princess Diana met with Mr. Armstrong and spoke with him for some time privately. Here the royal family spoke with the man whom God used to restore the understanding of who they were, descendants of David! They also spoke to the man whom God used to restore how to have happy marriages and families from the Bible (Malachi 4:5-6). Yet instead of embracing that revelation, they chose to follow their own path. It was a unique and historic opportunity that was lost.

Yet God has not abandoned His promise to David. Twenty-five years after the tragic death of Diana an inspiring change to David’s throne has occurred that has made it shine brighter than ever before. It is actually linked to this tragic anniversary, and it offers hope for everyone and every family who has ever lived!