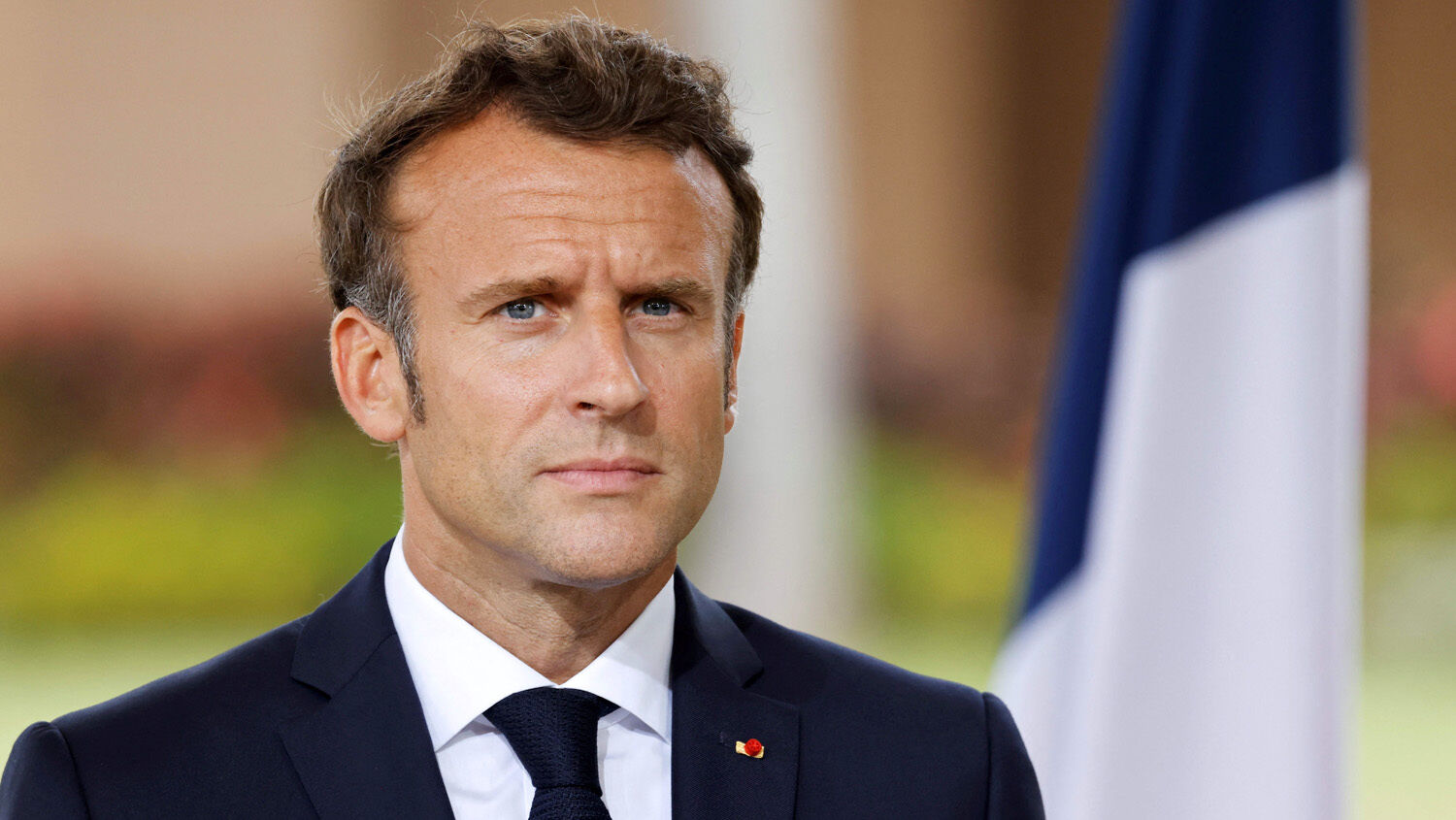 “The moment we are living [through] may seem to be structured by a series of crises, each more serious than the other,” French President Emmanuel Macron lamented on August 24 at the start of the first cabinet meeting after the summer break. Sore trials are awaiting France and all of Europe this winter. In light of these crises, Macron warned of “the end of abundance.”

France indeed has suffered a series of crises during Macron’s presidency—some of which have been self-afflicted. Early on, Macron faced the yellow vest protesters, who vehemently opposed his policies. Following the coronavirus outbreak. France issued some of the strictest lockdowns in the world. Just as these seemed to wane, war broke out on the Continent. When Russia invaded Ukraine, all certainties of peace seemed to end and economic trouble intensified. Unable to cope with the crises at hand, France was then hit by severe drought, fires and storms this summer.

While France already faced economic troubles and a growing social divide, its citizens’ worries have now compounded. The French government warns that this is just the beginning. Government spokesman Olivier Véran reiterated Macron’s statements by noting that the cap on energy prices that helped households will soon end. Winter is coming, energy prices are soaring, and the government will not be able to help out when citizens need it the most.

That’s why Macron warned: “I believe that we are in the process of living through a tipping point or great upheaval.”

France24 wrote: “The speech appeared designed to prepare the country for what promises to be a difficult winter ahead, with energy prices rising sharply and many families struggling with inflation.”

While Macron calls for sacrifices and unity, the French people will likely respond differently. Following Macron’s speech, French Unions were quick to reject his call and demanded higher pay for workers. The government should fear violent revolution.

All of Europe is in a similar crisis. Germans, for example, are being conditioned to work more hours and to endure a cold winter. In the midst of soaring inflation, a freezing winter and less time at home, the people of Europe are about to be in great despair.

While the crisis appears unprecedented, Europe has often experienced similar despair in the past—most notably in the years leading up to World War ii. When inflation was raging and poverty brought families to their knees, Germans looked for a savior and believed the lies of Adolf Hitler. And soaring inflation following the French Revolution in 1789 led to the rise of Napoleon Bonaparte.

Today, the creation of the European Union has bound a conglomerate of nations together. This opens the door for a modern strongman to usurp the leadership of not only one single nation but the whole conglomerate. There are many now on the scene, like former German Defense Minister Karl-Theodor zu Guttenberg, who believe Europe needs to use these upcoming crises to reform the EU. But this would mean other nations giving more autonomy to Germany.

This is exactly what the Bible prophesies will happen.

Daniel 2 and Revelation 17 reveal that 10 nations will unite in a fragile union for a short period of time. These 10 nations, or groups of nations, are represented by 10 toes on the Daniel 2 image. The Prophet Daniel explained: “And whereas thou sawest the feet and toes, part of potters’ clay, and part of iron, the kingdom shall be divided; but there shall be in it of the strength of the iron, forasmuch as thou sawest the iron mixed with miry clay. And as the toes of the feet were part of iron, and part of clay, so the kingdom shall be partly strong, and partly broken” (verses 41-42).

The Apostle John saw this same kingdom represented as a beast with 10 horns. God’s angel explained the symbolism to John: “And the angel said unto me, Wherefore didst thou marvel? I will tell thee the mystery of the woman, and of the beast that carrieth her, which hath the seven heads and ten horns. The beast that thou sawest was, and is not; and shall ascend out of the bottomless pit, and go into perdition: and they that dwell on the earth shall wonder, whose names were not written in the book of life from the foundation of the world, when they behold the beast that was, and is not, and yet is. … And the ten horns which thou sawest are ten kings, which have received no kingdom as yet; but receive power as kings one hour with the beast” (Revelation 17:7-8, 12). A beast in the Bible is a symbol for a kingdom or empire. This European empire is ruled by Germany.

The ultimate trigger for these nations to unite will likely be a financial crisis. Based on the above-mentioned prophecies, the late Herbert W. Armstrong warned in 1984 that a massive banking crisis “could suddenly result in triggering European nations to unite as a new world power larger than either the Soviet Union or the U.S.” (co-worker letter; July 22, 1984).

Mr. Armstrong often also noted that the glue that helped European nations bind together in the past was the Catholic Church. This church is represented in Revelation 17 as a woman. For this reason, we expect the Roman Catholic Church to exert its influence when the nations of Europe are in a desperate state. (To understand these prophecies and to learn where the upcoming crises are destined to lead Europe, request a free copy of Daniel Unlocks Revelation.)

Daniel noted that these united rulers will be part of the final superpower to rule this world. Daniel 2:44 reads: “And in the days of these kings shall the God of heaven set up a kingdom, which shall never be destroyed: and the kingdom shall not be left to other people, but it shall break in pieces and consume all these kingdoms, and it shall stand for ever.”