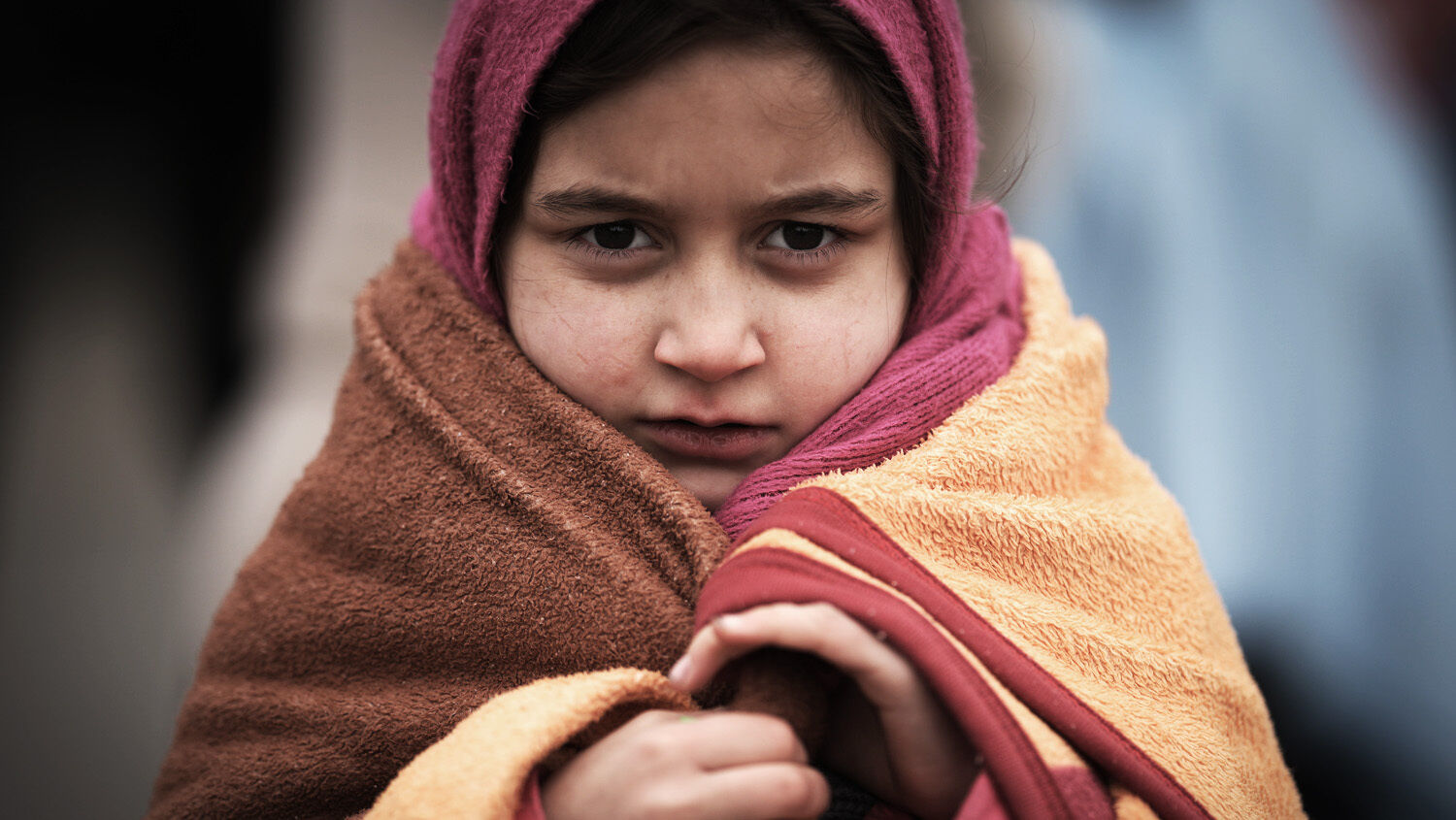 ‘Russia’s biggest crime is the kidnapping of Ukrainian children.’

Russian government officials admitted in a now-deleted post that they are trafficking large numbers of children from Ukraine to Russia where they are being pushed into Russian families—an act that international law acknowledges as genocide.

In the Russian region of Krasnodar Krai, more than 1,000 children who were forcibly taken from Mariupol, Ukraine, have been put up for adoption, according to an August 23 post on the Department of Family and Childhood of Krasnodar Krai’s website. “More than 300 babies” have still not been adopted, the post said, and are “looking forward to meeting their new families.” The post was deleted after international backlash, but an archived version remains viewable. It says Russians will receive a “one-time payment of maternity benefits and state aid” worth around $340 for each child they take on, as well as an annual payment worth around $330.

In a separate development, Daria Herasymchuk, commissioner of the president of Ukraine for children’s rights, reported that as of August 1 her organization is tracking 5,754 Ukrainian children who have been illegally deported to Russia.

Peter Andryushchenko, a consultant to Mariupol’s mayor, said the evidence shows that most of the children taken from his area are being taken to the east of Russia. Some are confirmed to be as far away as Vladivostok on Russia’s Pacific coast—some 5,500 miles from Ukraine. “Russia’s biggest crime in Mariupol is not even the targeted bombing of the Drama Theater,” Andryushchenko wrote on Telegram. “Russia’s biggest crime is the kidnapping of Ukrainian children—residents of Mariupol, who are classified as orphans. Without finding out the real status. Without the right to be in native families. Without the right to the motherland. … Russia kills, steals and destroys Ukrainians without pity. Rage. Just rage.”

Lyudmyla Denisova, Ukraine’s ombudsman for human rights, warned on national television that kidnapped Ukrainian children will be indoctrinated by Russian authorities, just as Russian children are from their earliest years: “When our children are taken out, they destroy the national identity, deprive our country of the future. They teach our children there, in Russia, the history that Putin has told everyone.”

In December 1948, the United Nations Convention on the Prevention and Punishment of the Crime of Genocide defined the crime of genocide as any of five specific “acts committed with intent to destroy, in whole or in part, a national, ethnic, racial or religious group, as such.”

It described the five acts as the following:

Killing members of the group.

Causing serious bodily or mental harm to members of the group.

Deliberately inflicting on the group conditions of life calculated to bring about its physical destruction in whole or in part.

Imposing measures intended to prevent births within the group.

Forcibly transferring children of one group to another group.

By this official definition, Russia, under President Vladimir Putin, is clearly committing genocide against Ukraine.

Putin’s intensifying violence is bringing Ukraine, Russia and the world into a darker future. And it is a future that Bible prophecies written thousands of years ago warn about.

Revelation 9:16 and Revelation 16:12 warn that a massive power will rise from the east in the modern age and will field an army of unprecedented size: 200 million men. Daniel 11:44, Daniel 12:1 and Matthew 24:21-22 say that this Asian force will be among the main belligerents in a third world war. Ezekiel 38 provides details about which nations will contribute soldiers to this mega-army and shows that it will be headed by one country—and one man. Verse 2 states: “Son of man, set thy face against Gog, the land of Magog, the chief prince of Meshech and Tubal, and prophesy against him.”

Many Bible scholars say that “Gog” refers to Russia, “Meshech” is related to the modern Russian spelling of Moscow, and “Tubal” refers to the Russian city of Tobolsk, to the east of the Ural Mountains. Still another name for Russia lies somewhat hidden in this passage. The King James Version of Ezekiel 38:2 translates the Hebrew word rosh as the adjective “chief.” But the accurate rendering is as the proper noun Rosh, which some scholars argue is an ancient term for the peoples who became known as Rus—Russia.

Trumpet editor in chief Gerald Flurry examined this passage in our September 2014 issue and wrote:

I strongly believe Vladimir Putin is going to lead the 200 million-man army. Just look at the power he already has. Can you think of any other Russian politician who could become so powerful and have the will to lead Russia into the crisis of crises? I see nobody else on the horizon who could do that.

When Mr. Flurry wrote his booklet The Prophesied ‘Prince of Russia’ in 2017, he was even more sure that Vladimir Putin would be the individual to fulfill this role. “His track record, his nationality and his ideology show that he is fulfilling a linchpin Bible prophecy,” Mr. Flurry writes. “The time frame of his rule also shows that nobody else could be fulfilling the Ezekiel 38 and 39 prophecy.”

Mr. Flurry’s booklet shows that Putin’s Russia will help push the world into its bleakest era of violence and suffering. But he also says the fact that this wicked “prince” is in power shows that the most hope-saturated event in human history is approaching. “Vladimir Putin is a sign, literally a sign, that Jesus Christ is about to return!” he writes. “This is one of the most inspiring messages in the Bible. What we are seeing in Russia ultimately leads to the transition from man ruling man to God ruling man!”

To see Putin’s army forcibly relocating great numbers of Ukrainian children to Russia, and committing other war crimes and atrocities, is sobering beyond words. But these developments are closely tied to the most inspiring news we could hear: Jesus Christ will soon return to decisively end man’s violence and usher in an era of peace for the peoples of Russia, Ukraine and the entire world.