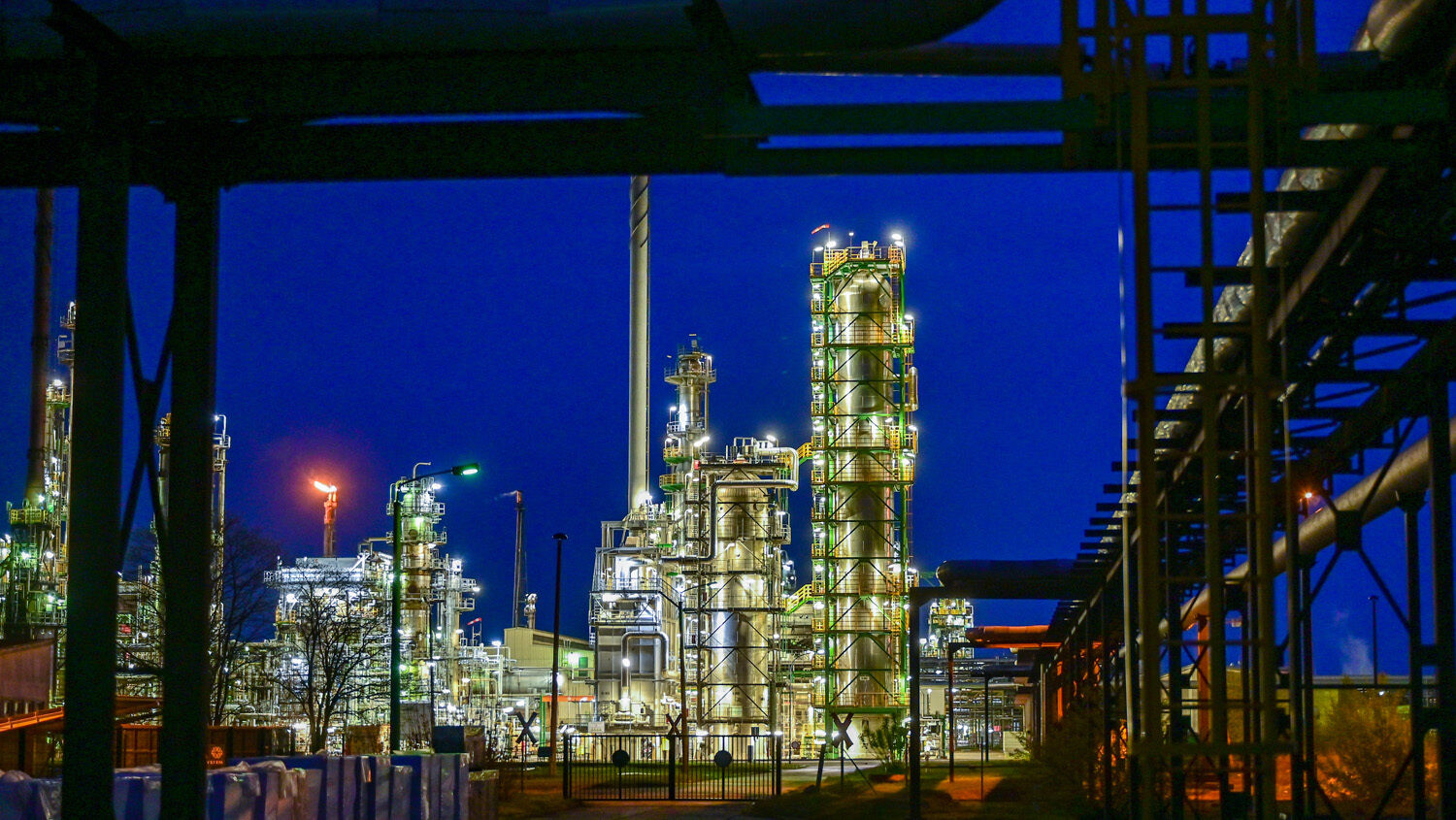 Crude oil from Russia arrives at the oil refinery via the Friendship pipeline.
Patrick Pleul/picture alliance via Getty Images

What will it take for America to wake up?

As the West sanctions Russia due to its violent invasion of Ukraine, Turkey has more than doubled its imports of Russian oil this year, according to an August 23 report from Refinitiv Eikon. Turkey, a member of the North Atlantic Treaty Organization, is proving itself to be a less-than-loyal American ally.

Turkey imported more than 200,000 barrels of oil per day (bpd) so far this year, compared to 98,000 bpd in the same period last year. In turn, it has reduced imports from Iraq and West Africa. While the Western world has done exactly the opposite, this move appeared more lucrative to Turkey.

But there is more behind the decision than just a good business deal. Turkey is not only implicitly ignoring the sanction regime imposed by the West but also exploring ways to undermine the U.S. dollar. After meeting with Russian President Vladimir Putin in Sochi, Russia, on August 5, Turkish President Recep Tayyip Erdoğan announced that Turkey would purchase some of the gas in rubles using Russia’s Mir payment system. Deutsche Welle wrote, “The move puts Erdoğan at odds with the United States.”

While Turkey certainly isn’t a close ally of Russia, it has been working to undermine U.S. dominance. Turkey purchased Russia’s S-400 missile system—knowingly risking a break with the U.S. “The United States made clear to Turkey at the highest levels and on numerous occasions that its purchase of the S-400 system would endanger the security of U.S. military technology and personnel and provide substantial funds to Russia’s defense sector, as well as Russian access to the Turkish armed forces and defense industry,” former U.S. Secretary of State Mike Pompeo said. Russia’s S-400 is reportedly capable of shooting down the U.S.’s fighter jet, the F-35. In 2020, the Trump administration imposed sanctions on Turkey, claiming that the purchase poses a risk to the nato alliance.

Turkey and Russia do disagree on a few issues. Erdoğan said recently that Crimea should be returned to Ukraine. He has also given the people of Ukraine Turkish weapon systems. Turkey also disagrees with Russia over the future of Syria: Turkey supports the rebels; Russia supports the Assad regime. But even in the Middle East, Turkey cooperates with Russia to undermine strategic U.S. interests. For example, Turkey continues to fight against the U.S.-backed Kurdish fighters in Syria.

Though Turkey’s and the U.S.’s interests clash, the United States trusts Turkey to host its nuclear bombs under nato’s nuclear-sharing agreement. While many have hoped Turkey would become a reliable partner, it has repeatedly proved to be untrustworthy. Few, however, realize how dangerous this is because they fail to understand that the conflict between Turkey and the United States was prophesied.

Turkey is the modern-day nation of Edom, which is referenced in numerous Bible prophecies. The Trumpet’s predecessor, the Plain Truth, explained in 1980: “Students of the Bible have long pointed out that the Ottoman Turks are descended from a branch of the family of the ancient patriarch Esau. One of Esau’s grandsons was Teman (Genesis 36:9-11), said to be the ancestor of the Ottoman Turks. Esau was the twin brother of Jacob (Israel) and son of the patriarch Isaac. In the Bible, Esau is also called Edom (Genesis 36:1, 8, 19).”

In The United States and Britain in Prophecy, the late Herbert W. Armstrong explained that the most prominent descendants of Jacob today are the United States, Britain and the Jewish nation in the Middle East. History and Bible prophecy show that the rivalry between Jacob and Esau has continued to this day. Just like Esau hated Jacob, so modern-day Turkey despises his descendants.

Trumpet editor in chief Gerald Flurry explains in his booklet Obadiah: The Most Terrifying Message in the Bible that this short Old Testament book has a major spiritual application and also a prophecy for the physical nation of Turkey. Obadiah 10 and 11, for example, read: “For thy violence against thy brother Jacob … thou shalt be cut off forever. In the day that thou stoodest on the other side, in the day that the strangers carried away captive his [Jacob’s] forces, and foreigners entered his [Jacob’s] gates, and cast lots upon Jerusalem, even thou wast as one of them.”

“Edom has a history of betraying the nations of Jacob, or Israel,” Mr. Flurry noted. “The historian Josephus records that 20,000 Edomites, or Idumeans, were accepted as defenders of Jerusalem in a.d. 70. Once inside, they betrayed the Jews by robbing and killing them—their own brothers!”

The book of Obadiah indicates that Turkey is about to betray his brother again—on a much larger scale. The Plain Truth explained: “Obadiah’s prophecy reveals that Edom (modern Turkey) will turn against his brother Jacob—against America and Britain, and also against the Jews of the modern-day state of Israel in Palestine. Turkey will actively cooperate with Jacob’s enemy! That enemy is prophesied as a final short-lived restoration of the ancient Roman Empire as 10 nations or groups of nations in Europe.” (To gain a foundational understanding of all these prophecies, request a free copy of The United States and Britain in Prophecy. I also encourage you to read “A Mysterious Prophecy” to learn where these events will specifically lead.)

Today, Turkey is colluding with America’s enemy, but this is just the beginning of a major betrayal that will leave modern Israel desolate. This prophecy is confirmed in Psalm 83, which speaks of an alliance between Turkey, various moderate Arab nations and a German-led European empire. That chapter reveals that they will all bond together to bring modern Israel down. As Mr. Armstrong explained in The United States and Britain in Prophecy, God allows all these terrible prophecies to come to pass because His people have sinned against Him and refused to be the example to this world.