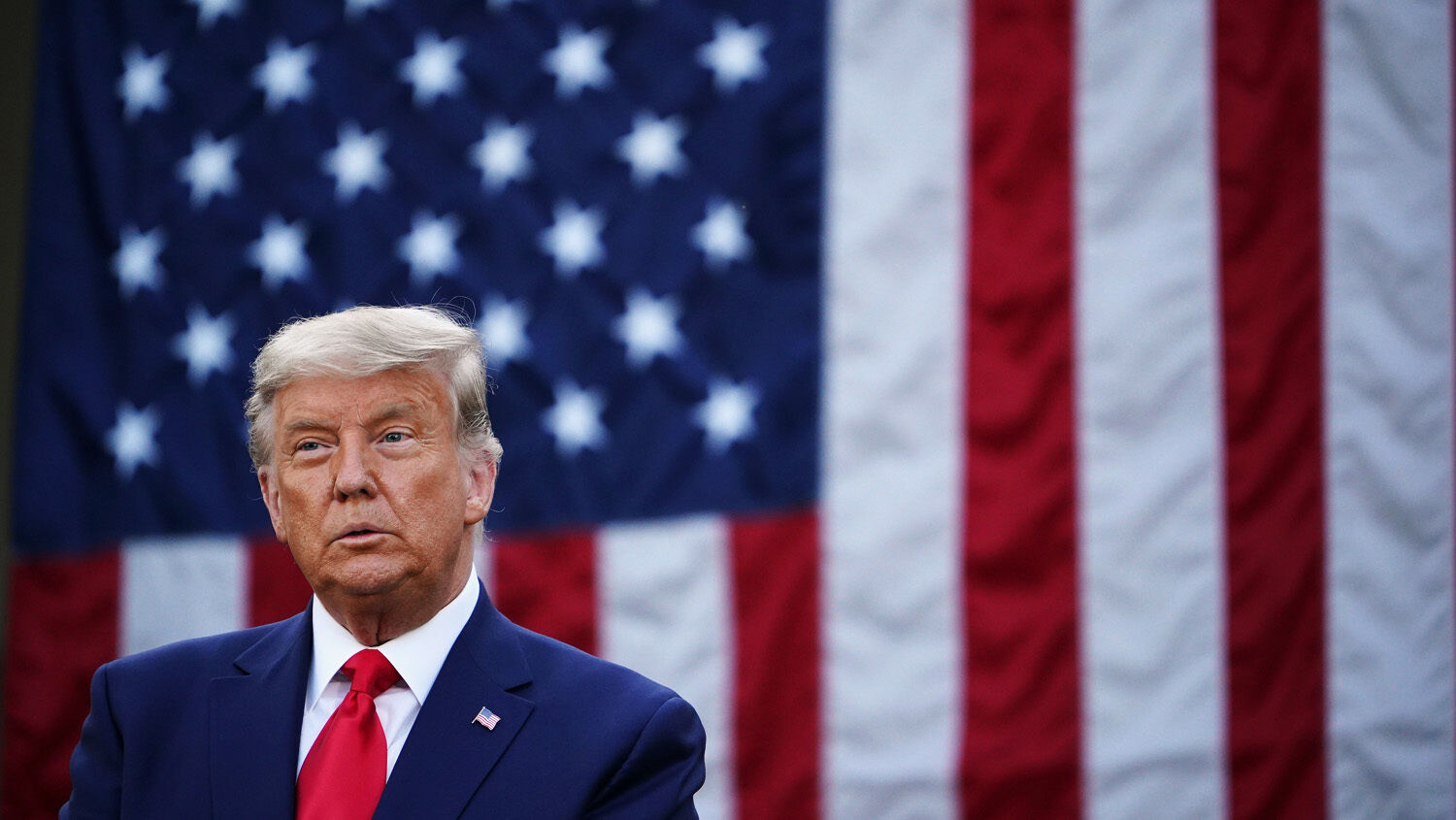 The true background behind the latest attack on Donald Trump

On August 12, Judge Bruce Reinhart approved the motion by the Department of Justice to unseal the search warrant the Federal Bureau of Investigation used to raid Mar-a-lago, the home of United States President Donald Trump. The unsealed warrant reveals that the radical left is following the same pattern of previous attacks on Trump. Some of the details further expose the corruption of the current regime.

There are three statutes in the warrant that Trump is accused of violating. The warrant grants the seizure of “evidence, contraband, fruits of crime, or other items illegally possessed in violation of 18 U.S.C. §§ 793, 2071, or 1519.” A lawyer broke these down, writing:

Yet when these laws are examined, we find that they cannot be used to target a former president. The president has the ultimate authority to declassify any document or presidential record. These laws have never been used against a former president before. There are laws governing how these records are handled. The Presidential Records Act was created in 1978, following the Watergate scandal, and asserts that the government retains complete ownership over presidential records. In theory, the president can declassify anything he wants, but the documents are the property of the National Archives.

Again, the classification statutes/regulations *do not apply* to the President of the United States.

He has the inherent constitutional power, as commander-in-chief, to classify and declassify anything he wants, in any manner he wants.

The Supreme Court reaffirmed this in 1987. https://t.co/bANCEhBTT1

Boiled down, the two major questions are: Did Trump violate the Espionage Act? And did Trump mishandle president records, classified or declassified? Contrary to reports by the mainstream media, the answers reveal that these laws were abused by a former president—but it wasn’t Donald Trump.

In 1917, President Woodrow Wilson signed the Espionage Act into law with bipartisan support in response to German espionage; however, it has a long history of being abused by Democrats. The Washington Examiner explained: “But as the left-wing substacker Matt Taibbi pointed out, ‘Anyone thrilled at the prospect of trying to prosecute a former president under the Espionage Act has blacked out the recent history of this law.’ It’s a history of liberal Democrats invoking a notoriously overbroad statute to curb freedom of the press and penalize criticism of government policy.” Wilson used it to unjustly jail socialist presidential candidate Eugene Debs.

It wasn’t used again until the presidency of Barack Obama. “In 2013, the Obama Justice Department used the Espionage Act to justify wiretapping trunk lines and 30 separate Associated Press phones,” continued the Washington Examiner. “It snooped on Fox News reporter James Rosen’s phones and named him as a ‘co-conspirator’ in an Espionage Act leak case. The Obama administration, wrote former New York Times reporter James Risen in December 2016, ‘prosecuted nine cases involving whistleblowers and leakers, compared with only three by all previous administrations combined.’” Obama ruthlessly hid the corruption in his government through fear and intimidation.

This unprecedented targeting of whistleblowers and journalists is enabled by the overly broad language of the law. The Washington Examiner further explained:

A further section, 793(g), is a conspiracy count that says that anyone who conspires to help a source hand over such material has committed the same crime. In other words, a lot of journalism could be prosecuted as a felony—and so could a lot of conduct of former government officials, even presidents. This gives government prosecutors a license to target and jail political opponents, as Wilson targeted and jailed Debs.

Obama, Biden and every top agency official from his government are guilty of violating this statute when they attacked Trump with the Russia collusion hoax and spying. All of the leaks to the New York Times and Washington Post during the Trump years could also be prosecuted under this law. That was actual espionage against the president of the United States. But now the Joebama administration is using this overly broad law to target Trump. The radical left are experts at taking advantage of poorly written laws to achieve their objectives.

The other accusation against Trump is that he was in possession of classified materials and mishandled presidential records. In fact, this raid was partially instigated by the Obama-appointed National Archivist David Ferriero, who raised the issue that Trump could have records that belong to the archives. The Washington Post suggested that these records could contain information on nuclear weapons.

Yet every president since the act was made law has kept his own presidential records secret after leaving office, whether to write memoirs or to hide information. In fact, the law actually helps keep records secret from the public. “In reality, the Presidential Records Act is the Presidential … Near-Perpetual-Secrecy Act,” wrote James Bovard at the New York Post. “Former presidents pocket multimillion-dollar advances for their memoirs while their records are mostly quarantined for decades from the citizens they often misgoverned.”

President George W. Bush issued an executive order that changed the law into a vehicle to block information. Some of this was overturned in 2014. However, the worst abuser of hiding information with the Presidential Records Act is Barack Obama. Bovard continued: “Obama White House lawyers repeatedly invoked the Presidential Records Act to ‘delay the release of thousands of pages of records from President Bill Clinton’s White House,’ Politico reported. At the end of his presidency, Barack Obama trucked 30 million pages of his administration’s records to Chicago, promising to digitize them and eventually put them online—a move that outraged historians.” To this day, not a single record of Obama’s presidency has been made available.

In another article, Bovard explained how Obama continued to stonewall access to documents. “In 2011, Obama’s Justice Department formally proposed to permit federal agencies to falsely claim that [Freedom of Information Act]-requested documents did not exist. The American Civil Liberties Union complained that the plan perverted ‘a law designed to provide public access to government information to be twisted to permit federal law enforcement agencies to actively lie to the American people.’” Obama added another layer of review to give the White House the final say on whether a Freedom of Information Act can be approved.

Why is there no doj inquiry or fbi raid on the Obama archives where 30 million presidential records are being held? If they can raid Trump’s house and seize any documents, then any president since 1978 is in legal danger. Trump simply took documents that he declassified or wanted to keep, like every other president in history has done. Even if Trump were found guilty, you cannot go to jail for breaking this statute.

The legal case to justify the warrant is flimsy at best. These laws were cited to get a warrant broad enough to include any document that could be used to attack Trump or to protect Obama and the “deep state.” Yet these laws expose the rank lawlessness of Barack Obama, who is the real president guilty of espionage and hiding records.

This is the Obama pattern: Accuse others of what you are guilty of and make it so confusing that people won’t drill down on the details. Trumpet editor in chief Gerald Flurry exposes this in America Under Attack, writing:

Satan has the power to conduct great evil and not only hide it but then accuse others of committing it. We saw this with Obama’s use of the deep state in general and the Mueller investigation specifically. It is an example of the “depths of Satan” that Jesus Christ warned about (Revelation 2:24). You can prove the real purpose of the Mueller investigation; but Satan knows that if he makes it complicated enough to require deep study to understand it, most people won’t dig into it, and he can deceive them. The powerful way Obama works to destroy the nation he was twice elected to lead is one of those “depths.”

There is a spiritual cause behind the raid on Mar-a-lago and the other corruption in the U.S. government. Its goal is to blot out the United States as we know it. Only one book can explain to you the reason why and what comes next. America Under Attack exposes the rank lawlessness of Barack Obama and the deep state, and it can help guide you through these tumultuous days in the republic.