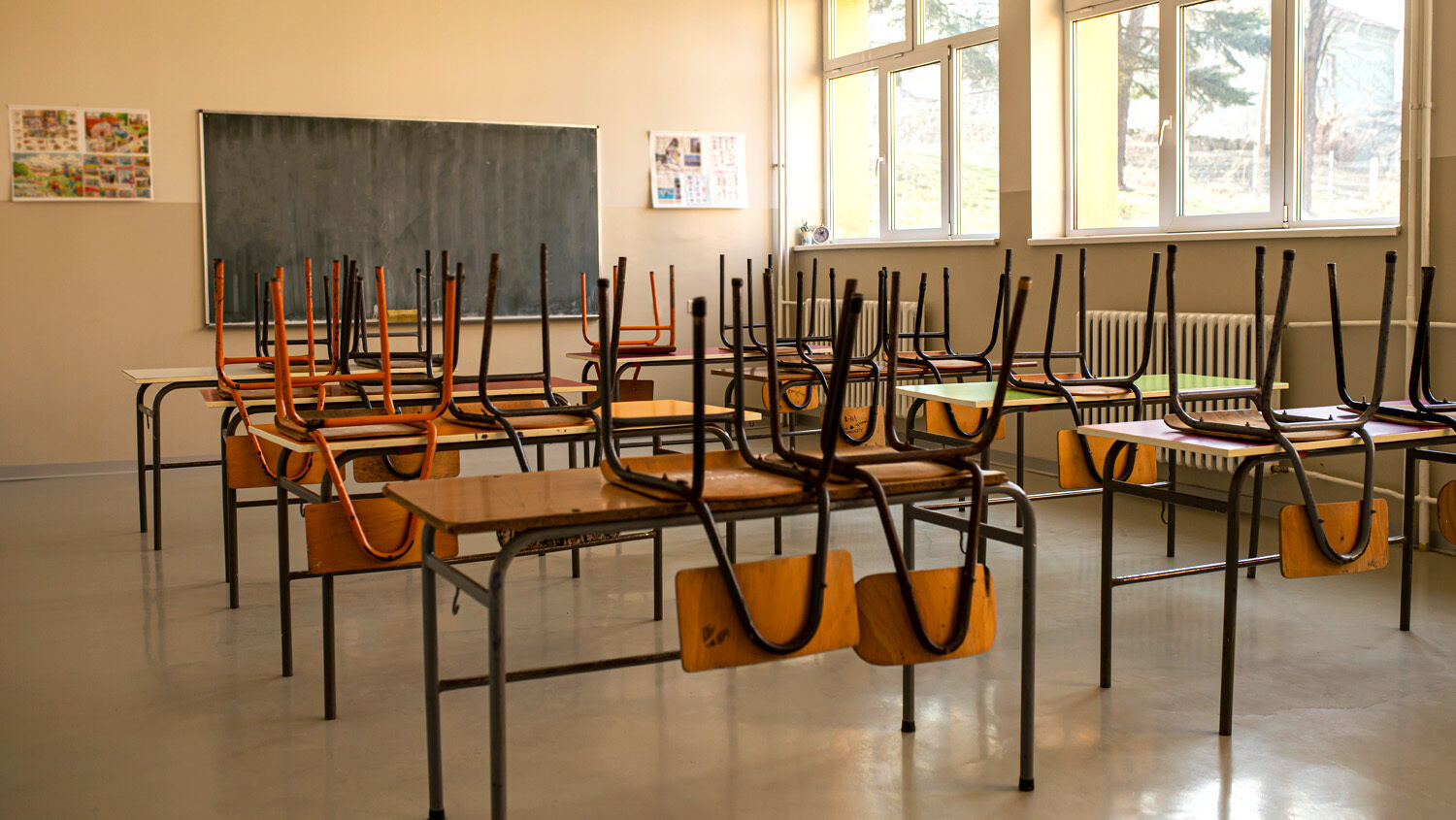 Another prophecy by Herbert W. Armstrong has been fulfilled.

We are witnessing firsthand the implosion of modern education. Elementary schools are filled with perverted teachers who want to push radical transgender propaganda. Universities teach young people to loathe the Western world. History courses are discarded in favor of teaching activism. Admission costs are so expensive, students rack up debt that they will be paying off for the rest of their lives, and more and more graduates find that expensive degrees do not guarantee good jobs. Most of all, despite modern education our societies are afflicted with rampant drug use, depression, personal debt and incompetent leadership.

Education was not always this way, but over time it has transformed. This has created many other widespread problems in society. What is the cause of this deadly change?

The Times reported this week on the deeply alarming findings of a survey it had conducted at Britain’s universities.

It found that 10 of them, including three from the elite Russell Group, had started removing books from reading lists or made them optional to protect students from “challenging” content, and had applied trigger warnings to more than 1,000 texts in case they “caused students harm.”

This censorship is happening all over the world as classic works of literature that expose human nature are removed from education.

The Times wrote: “Some of Britain’s most influential authors—including William Shakespeare, Geoffrey Chaucer, Jane Austen, Charlotte Brontë, Charles Dickens and Agatha Christie—are among those whose works have been deemed concerning enough to require warnings. … Academics attempted to block this newspaper from discovering details about changes to their reading lists, using social media to encourage each other not to comply with requests for information.” This censorship is impeding the teaching of critical thinking and is encouraging knowledge regurgitation.

“These findings are shocking,” continued Phillips, “but no one who has been paying attention to what’s been happening to education in both Britain and America will find them surprising. On both sides of the Atlantic, the universities—with some exceptions, and with ‘hard’ science departments exempt to some extent at least—have been steadily substituting knowledge and rational thought by ‘victim culture’ and ideological identity politics on race and gender, turning themselves into left-wing bastions of propaganda and the suppression of dissent.” The censorship, bias and victim culture are all leaning hard left ideologically.

Over the past three generations, the left has gained control over the educational institutions. Matthew Goodwin wrote: “Since the 1960s, the ratio of left-wing to right-wing academics has jumped from 3 to 1 to 8 to 1 today. [Other studies] similarly find that fewer than 20 percent of academics today vote for right-leaning parties while 75 percent vote for Labour, the Liberal Democrats or the Greens. Last year, in my own work, I found that 76 percent of my colleagues in the world’s most elite institutions identify on the left while 21 percent of that group identify as ‘far left.’ Just 11 percent put themselves on the right. In America, where this ideological bias is especially pronounced, it is simply no longer unusual to find some departments with not a single registered Republican.” This is a complete takeover of education, and the radical policies being forced onto students today are a by-product of this systematic conquest.

“This hijack of education has been building up for decades,” continued Phillips. “Back in the ’60s and ’70s, a mindset became the progressive orthodoxy that the West was fundamentally corrupt—colonialist, imperialist, exploitative, racist and dominated by the ‘patriarchy’—i.e. white heterosexual Western men were to blame for all the ills of the world. Western society therefore had to be reconfigured, and the way to achieve this was by the ‘long march through the institutions’—of which the universities were key—to turn Western values inside out. This has now been achieved to the letter.” This way of thinking dominates our political leaders, lawyers, business and military leaders—basically every level of society. These left-leaning universities have produced generations of left-leaning leaders.

This left-leaning domination of education was predicted by the late Herbert W. Armstrong over 70 years ago. This phenomenon in modern education is a result of a Communist infiltration of our institutions, particularly universities. These anti-Western, anti-God ideas embraced by the leftists in charge have been spawned by communism. Writing about communism in 1956, Mr. Armstrong wrote: “It’s a kind of warfare we don’t understand, or know how to cope with. It uses every diabolical means to weaken us from within, sapping our strength, perverting our morals, sabotaging our educational system ….”

He further wrote in the November 1968 Plain Truth:

But when I say “Communist” in this case I mean, specifically, just that. The Communist movement operates in ways most people do not recognize. It is well organized and efficient. It injects trained Communists into many movements and societies—themselves not Communist—and subtly influences them into moves and actions that secretly are Communist-planned and directed. Yet the officers, and most members of such organizations are not, themselves, Communist and do not realize they are being used.

Today Communists appear on college and university campuses under the guise of “the New Leftist Movement.” The student revolt movement, exploding on so many campuses into violence, is actually a carefully planned, and expertly organized effort to overthrow the governments of nations!

Modern universities have become one of the chief sources of societal instability. They are actively teaching young people to overthrow their own government by subverting the laws and religious foundation of the West, particularly the United States. Trumpet editor in chief Gerald Flurry expands on this warning in Great Again:

In the 1960s and ’70s, America had many problems with rioting and violence on college campuses. Educators would ask who was in charge, and in almost every case, there was nobody in charge except the people who were rioting.

Today, the saturation of Communist thinking is complete. The Communist infiltration has been stunningly successful. Phillips wrote: “The corruption of the universities is at the core of most of our society’s ills. Knowledge and rationality have been replaced by ideological propaganda. Instead of teaching young people how to think, the universities have been instructing them what to think.” Universities have been instructing students how to be Communist revolutionaries, instead of how to think for themselves. We are living through the calamitous consequences.

Yet the infiltration could only happen because of two major reasons: 1) the false premise that modern education is based upon and 2) the collective sins of the people. As Mr. Armstrong taught for over 50 years, modern education rejects the foundation of all knowledge, the Bible, and without that right premise, was destined to fail. By cutting out the knowledge of God and God’s law, sins multiply and are even taught by education as good things. These sins are the cause of multiple curses on our nations (please read The United States and Britain in Prophecy for a full explanation). This evil cycle is consuming the English-speaking nations.

Mr. Armstrong not only warned of the Communist infiltration and the flaw with modern education, he also taught the solution. While Communists were taking over the educational system, Mr. Armstrong established Ambassador College, which used the Bible as the foundation of knowledge and taught young people how to live. This legacy is continued in Herbert W. Armstrong College, which has two thriving campuses today. This is the mustard seed beginning of the ultimate solution to this deadly crisis in education. Mr. Armstrong was right, and he showed the world the way forward.

To learn more, please read our booklets He Was Right and Education With Vision.