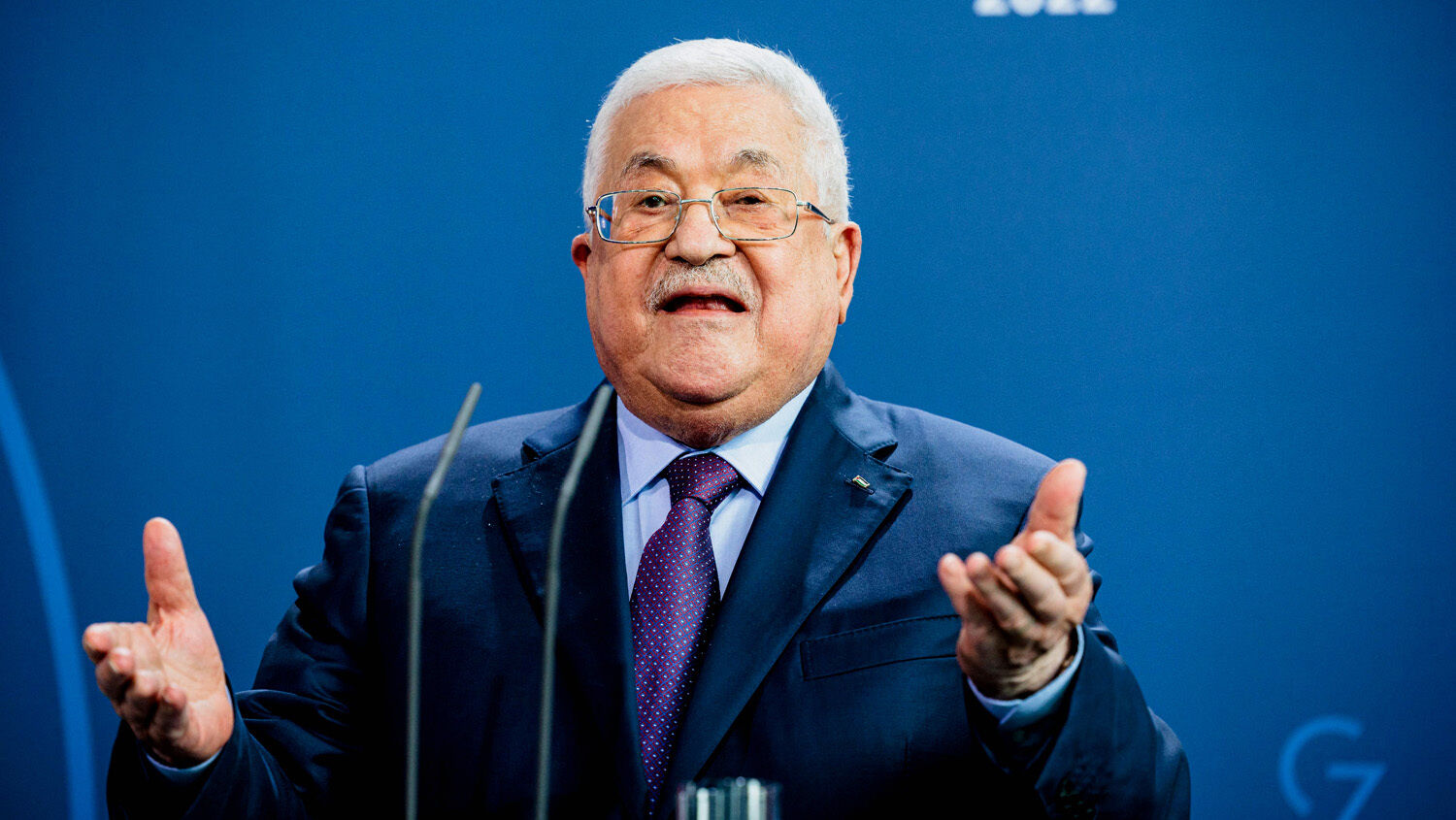 At a joint press conference with German Chancellor Olaf Scholz in Berlin, Palestinian Authority President Mahmoud Abbas said on August 16 that “Israel has committed 50 massacres in 50 Palestinian localities since 1947 until today.” He then called the massacres “holocausts.” Chancellor Scholz has been heavily criticized for not disputing Abbas’s accusations. Though Scholz appeared displeased with Abbas’s rant, he said nothing and even shook the Palestinian leader’s hand at the end of the meeting.

Opposition leader Friedrich Merz called the interaction “an unbelievable event in the Chancellery.” He said, “The chancellor should have contradicted the Palestinian president in no uncertain terms and should have asked him to leave the house!” But Scholz isn’t the only one to blame. Germany, as a whole, has tolerated such anti-Semitic language.

The very fact that Abbas was invited to Germany and is allowed to negotiate over Israel’s future shows an incredible tolerance of hatred against Jews. In 2018, Abbas said the Holocaust was not triggered by anti-Semitism, but by the “social behavior” of the Jews.

In 2021, Pforzheimer Zeitung wrote: “Germany has played its part in exploding hatred of Israel and Jews in the Palestinian territories. For years, Berlin has ignored warnings that German taxpayers’ money also finances Arabic textbooks that demonize Israel and declare Jews to be enemies of Islam. Likewise, the German government looks on idly as Palestinian President Abbas misuses international funds to generously ‘compensate’ families of terrorists. The worse the crime, the higher the reward. In the Palestinian autonomous regions, murderers of Jews are glorified as ‘martyrs,’ and schools and sports stadiums are named after them. The seeds of hatred are now sprouting.”

Spiegel Online reported on May 13: “The Middle East conflict often serves as a pretext for spreading anti-Semitic hatred—including in Germany, where Hamas-affiliated groups have long been collecting millions in donations. … According to the Office for the Protection of the Constitution, Hamas, which governs Gaza, has only 380 supporters in Germany. But the number of sympathizers is probably much higher.”

In “How Germany Finances Hatred,” Bild wrote: “The largest employer in the West Bank and Gaza is unrwa [United Nations Relief and Works Agency], the relief agency for the Palestinians founded by the UN in 1949. In 2020, unrwa had a budget of €773 million [us$780.1 million]. Top sponsor last year: Germany with €173 million, followed by the EU with €157 million. Only in fifth place comes a non-European country: Japan with €33 million.”

Abbas’s accusation and Scholz’s silence may have been a big issue this week. But Germany has been funding such hatred for years.

Germany, the United Nations and the European Union are among the greatest advocates for the two-state solution. They ignore that this would create a terrorist state right next to Israel. The German media and government push the narrative that Israel illegally occupies the West Bank. This narrative leads many to believe that Israel is the aggressor.

Germany’s actions are fueling the crisis.

Notice what Abbas’s predecessor, Yasser Arafat, said in early 1996 about the two-state solution: “[Israeli Prime Minister Shimon] Peres and [Israeli negotiator Yossi] Beilin have already promised us half of Jerusalem [but] we Palestinians will take over everything, including all of Jerusalem …. Within five years we will have 6 to 7 million Arabs living on the West Bank and in Jerusalem …. If the Jews can import all kinds of Ethiopians, Uzbekis and Ukrainians as Jews, we can import all kinds of Arabs …. We plan to eliminate the State of Israel and establish a Palestinian state …. We will make life unbearable for the Jews by psychological warfare and population explosion. Jews will not want to live among Arabs.”

While pretending to be on Israel’s side, Germany supports the Palestinians, whose goal is to wipe out Israel.

The Bible reveals that Germany’s hypocritical support for Israel will lead to another devastating holocaust. But it won’t be committed by Jews or Arabs. Daniel 11 shows that Germany will become more active in the Middle East and even fight against one of Israel’s worst enemies: Iran. Yet Germany’s motives are selfish. In The King of the South, Trumpet editor in chief Gerald Flurry explains:

Notice what their first action is after they are victorious. “He shall enter also into the glorious land, and many countries shall be overthrown: but these shall escape out of his hand, even Edom, and Moab, and the chief of the children of Ammon” (Daniel 11:41). They “enter” into the glorious land, or the Holy Land. The Hebrew indicates this is a peaceful entry—not forced.

The Jews appear to invite them in as peacekeepers. But it leads to a great double cross, prophesied in Ezekiel 23.

This prophecy indicates that even after Iran’s military is defeated, Israel will be threatened in the Middle East. This threat will come from those Germany currently supports. In an incredible double cross, Germany will present itself as the protector from the terrorism it helped create. It will then use this conflict to violently get control of the Holy Land.

“We must understand the Holy Roman Empire and the Crusades to understand the Catholic passion for Jerusalem,” Mr. Flurry writes. “They have a long history of spilling rivers of blood over Jerusalem.” Request a free copy of Jerusalem in Prophecy for more information.