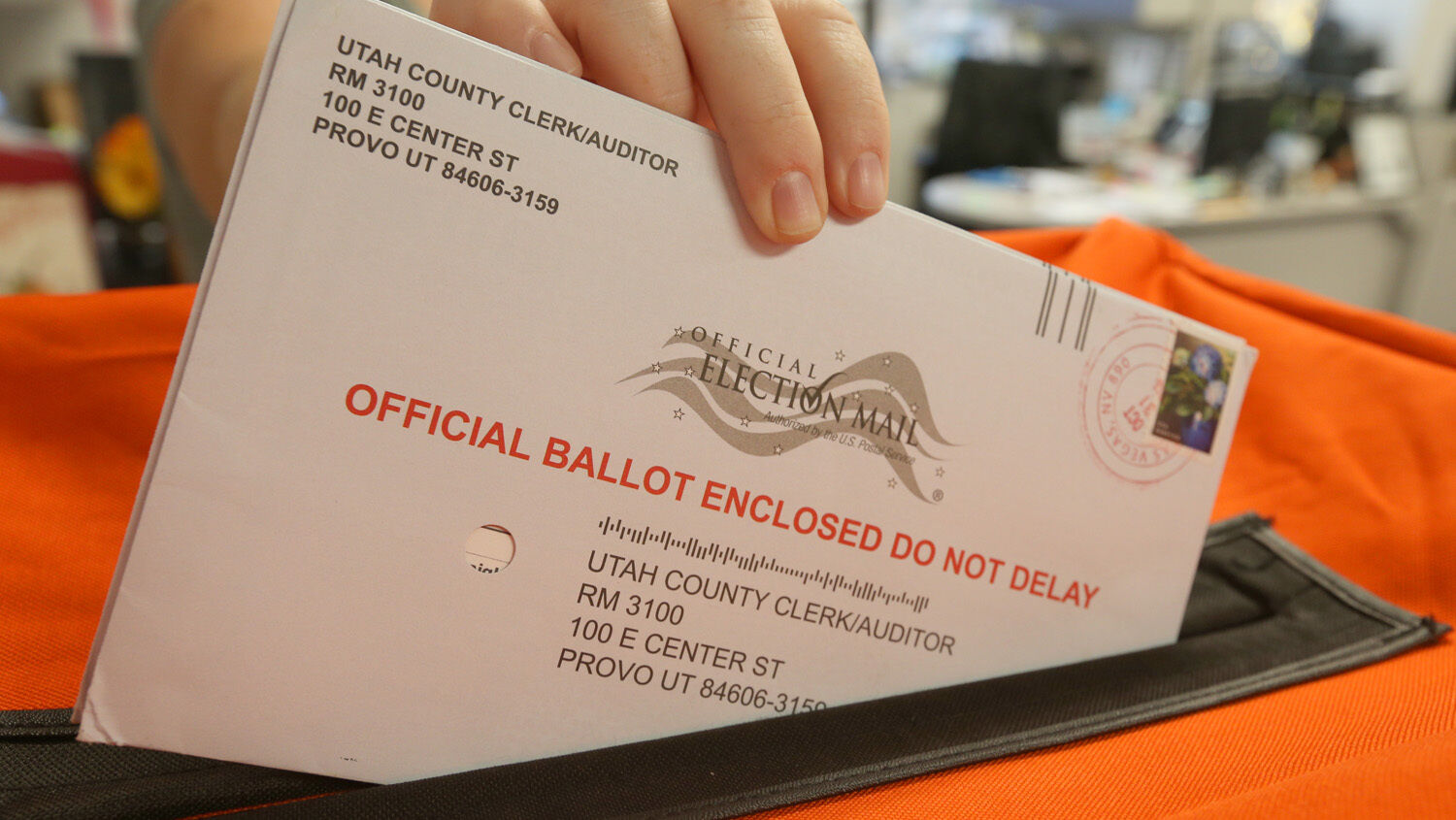 Will there be more fraud in the midterm elections?

The United States Postal Service announced on July 27 it is creating a new permanent division to handle mail-in ballots and other election mail issues. “The idea behind the creation of the Election and Government Mail Services is to have a permanent division dedicated to dealing with election matters, instead of handling issues one at a time as in the past,” the Associated Press reported.

The 2020 presidential election was the first time mail-in ballots were used on a large scale for all voters. The postal service handled 135 million ballots during the 2020 election and an additional 40 million mail-in ballots from primary elections this year alone. “Adrienne Marshall, executive director of the division, said Wednesday that the services will oversee ‘election mail strike teams’ in every local and district community to address any problems that might arise,” Associated Press wrote.

U.S. Postal Service creates new dedicated division to handle election mail. The Election and Government Mail Services is part of an effort to effectively deliver mail-in ballots to voters and elections offices in advance of the 2022 midterm elections.https://t.co/XkhqLtZcH8

This is the latest indication that mail-in ballots are now a permanent fixture in American elections. The 2020 election was the most fraudulent election in the nation’s history and mail-in ballots were used to steal the election from Donald Trump. Trumpet editor in chief Gerald Flurry writes in America Under Attack:

It is practically an open secret that radical Democrats stole the 2020 United States presidential election. …

As a number of reports, statistical analyses, documentaries and other sources have established, the 2020 presidential election was plagued by voter fraud. It was organized. It was extensive. It was extreme, defiant and flagrant. …

They demanded massive expansion of the use of obviously fraud-prone mail-in ballots. We now know that much of the fraud was committed with these mail-in votes.

Dinesh D’souza’s documentary 2000 Mules presents evidence of an organized effort by third-party groups to harvest mail-in ballots and deliver them to state-funded drop boxes. Both geolocation data and security footage confirm this fraud, and the scale exceeds the margin of victory in the swing states. However, this documented fraud was limited to state-funded drop boxes. Mail-in ballots can also be deposited in a normal usps mailbox. These are virtually untraceable, have no mandatory security cameras, and distinguishing mail-in ballots from other mail is almost impossible. We do not know how much corruption there was through usps-handled mail-in ballots from the election because the process is so opaque.

Since the election, many states have passed laws that prohibit third parties and charities from sponsoring election programs, which may prevent drop boxes from being used as they were in 2020. However, the evidence suggests that the focus is shifting to mail-in ballots being directed through the postal service for the midterm elections in November.

covid-19 emergency measures made wide-scale use of mail-in ballots possible. If the covid pretext is missing, there would be no smokescreen for the radical left to hide behind. Politico reported: “The Biden administration is expected to extend the covid-19 public health emergency once again, ensuring that federal measures expanding access to health coverage, vaccines and treatments remain in place beyond the midterm elections. … Under the proposed extension, the Department of Health and Human Services would continue the declaration beyond the November elections and potentially into early 2023—pushing the U.S. into its fourth calendar year under a covid public health emergency.”

This would open the door for the use of mail-in ballots for the midterm elections. With the drop box scheme being thwarted, the radical left is now pivoting to a different strategy: Gain more control over the voter rolls. “A prominent voter-roll management system used by 31 states and the District of Columbia has politically compromised ties, according to a new report by independent research group Verity Vote,” wrote the Federalist. “The Electronic Registration Information Center, or eric, was sold to states as a quick and easy way to update their voter rolls. Started in 2012 by far-left activist David Becker and the left-leaning Pew Charitable Trusts, the program is ostensibly run by the member states themselves. But as public records show, Democratic operatives are working overtime under the cover of eric to accomplish their partisan goals and drive Democratic voter turnout.”

The Federalist explained that Becker has ties to organizations funded by George Soros. This eric organization has a history of not cleaning voter rolls, which opens the door for ineligible voters to cast their vote or someone to cast it for them. Another Becker-created group, the Center for Election Innovation and Research (ceir), works with eric data to target voters. These two organizations were used to funnel $419 million from Mark Zuckerberg to take over election offices in 2020. Investigative journalists have found millions of extra voters on eric-controlled voter rolls. These two groups had a substantial impact on the 2020 election.

The drop boxes might be gone, but the voter rolls are still controlled by radical-left Democrats. If one method to cheat is removed, they will pursue another until their ability to control the process of election counting and mail-in ballots is removed. eric, ceir and the many other organizations can now focus on channeling mail-in ballots through this newly created United States Postal Service department that is controlled by the illegitimate administration of Joe Biden. In the 2020 election, a major union of usps workers endorsed Biden to win.

The Republicans are expecting to retake the House and Senate in a “red wave” in the November midterms. It would be naive to think that Democrats would sit back and let it happen. The 2020 election gave Barack Obama his third term in office, and he is on the cusp of completing his goal of radically transforming America. Mr. Flurry writes in America Under Attack:

These events gave us a hard look at what radical leftists are willing to do to seize power and stay in power. They have no respect for the rule of law. They believe they are above the law. Such contempt for the nation’s founding principles is a grave threat to the republic! No nation can survive such lawlessness.

No matter how much cheating and fraud the radical left perpetrates, the Bible prophesies that Donald Trump is going to regain the presidency. We don’t know how yet, but we can expect many dramatic events to unfold in the days ahead and for more corruption to be exposed all the way to the one individual orchestrating the evil.

Please read Mr. Flurry’s newly expanded book America Under Attack for proof of the stolen election and how it fits into Bible prophecy.