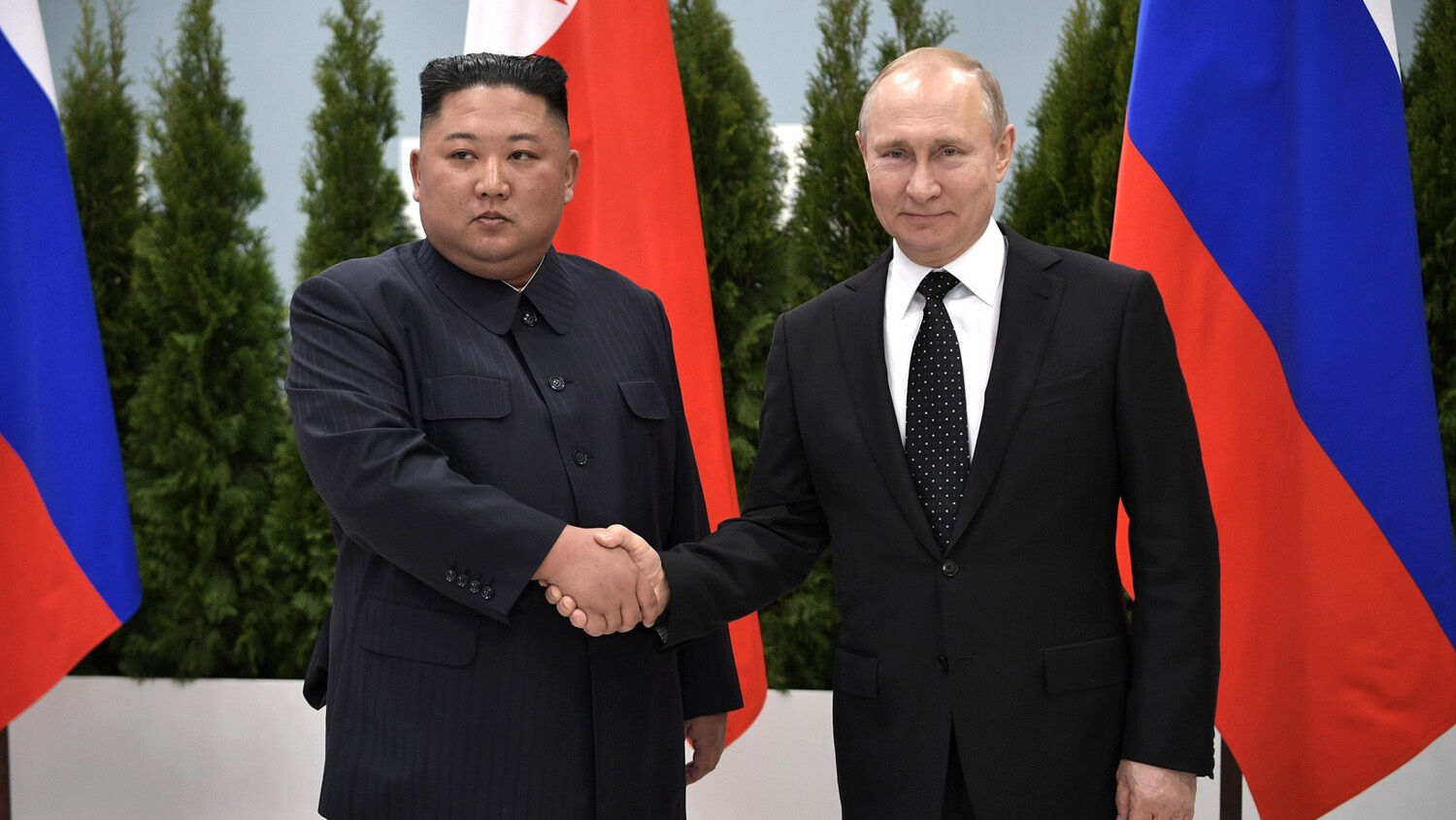 Asia is uniting around Vladimir Putin.

Russian state media have reported that President Kim Jong-un of North Korea has offered military support in Russia’s war against Ukraine. “Up to 100,000 North Korean soldiers could be sent to bolster Vladimir Putin’s forces fighting Ukraine, according to Russian reports,” wrote the Daily Telegraph. “A leading defense expert in Moscow, reserve Col. Igor Korotchenko, told state tv: ‘We shouldn’t be shy in accepting the hand extended to us by Kim Jong-un.’” Korotchenko is editor in chief of Russia’s National Defense journal.

“The pro-Kremlin news agency reported that North Korea offered military aid in exchange for food and energy,” the Daily Telegraph continued. “North Korea has made it clear through ‘diplomatic channels’ that as well as providing builders to repair war damage, it is ready to supply a vast fighting force, reported Regnum news agency.” Reports suggest that Russia is recruiting older citizens to replenish ranks lost in the war against Ukraine, but there have been no indications it will accept foreign fighters into the conflict.

Russia’s Ambassador to North Korea has stated that Russia is contemplating hiring North Korean workers to rebuild the Donbas region of Ukraine that has been recently captured. Russia Briefing reported: “North Korea has a large army of contract construction workers that are often deployed overseas, most notably on sites in Mongolia and on Southeast Asian-based Belt and Road Initiative projects. They are routinely sheltered from the local population and live and work on site. The practice has been banned since 2019 on the back of [United States] sanctions, however remains covertly common.” In 2006, 10,000 North Koreans were working in Russia on visa permits, most in the far east of the country.

This is an advantageous agreement for all parties involved. “In 2011, Kim Jong-il made a visit to Russia in which he negotiated for more North Korean workers to be sent to Russia. Up to 70 percent of the $40 to $100 per month wages earned by the workers are reported to be taken away as ‘loyalty payments’ by the North Korean government, although upon returning home after several years work, many North Korean workers overseas can retire to a life of relative comfort back in their home country for their efforts,” Russia Briefing continued. However, as far as Western sources know, this has never extended to military personnel.

This is an unprecedented offer by North Korea, but in some ways, it is unsurprising. North Korea was a child of Stalinist Russia and maintained close ties with the Communist powers throughout the Cold War. North Korea could not survive without the regular support of Russia and China. The Chinese government exported between $2 to $3 billion of goods a year to North Korea until 2020, when the covid pandemic interrupted trade. Trade has approached 2019 levels this year. Russia exports millions of dollars worth of goods per year to North Korea as well.

Even if Russia does not accept the offer extended by North Korea, this represents another step forward in a key prophetic trend.

The Bible indicates that just before Jesus Christ returns, an Asian confederacy, called “the kings of the east” (Revelation 16:12), will become a major world power. Isaiah 23 shows that these same kings of the east will be in an economic alliance against the United States and the British Commonwealth. The main nations in this Asian power bloc will be Russia and China. Yet Ezekiel 38 explains that there is one man who will lead the kings of the east, the prince of Rosh.

Trumpet editor in chief Gerald Flurry writes in The Prophesied ‘Prince of Russia’: “When you study these scriptures alongside current events revealing modern Moscow’s imperialist direction, you see that Russian President Vladimir Putin is the prince of Rosh. … God says in Ezekiel 38 to prophesy against Russia and its prince in the latter days because this is going to be cataclysmic! The Asian power that is already rapidly solidifying will be unlike anything this Earth has ever experienced.” Russia and China have been establishing very close ties, each being the other’s most important strategic partner.

Yet the kings of the east will comprise many other nations including, India and Japan. North Korea is already in Putin’s orbit, but offering troops to bolster Russia’s army is a step forward in the Asian nations uniting around the prince of Russia. Revelation shows this Asian superpower will field the largest army in history, with 200 million men. The armies of Russia, China, North Korea, India, Japan and other Asian countries will eventually unite in a bid to win World War iii. They will even fight against Christ when He returns. The faster Asia unites, the closer we are to Christ’s Second Coming.

“Vladimir Putin is a sign, literally a sign, that Jesus Christ is about to return!” Mr. Flurry writes. “This is one of the most inspiring messages in the Bible. What we are seeing in Russia ultimately leads to the transition from man ruling man to God ruling man! And it is almost here! It is just a few short years away.”

Continue to watch for the unification of these Asian powers and their militaries, and watch the actions of the prince of Russia, Vladimir Putin. For a more detailed explanation of these vital end-time prophecies, please read The Prophesied ‘Prince of Russia’.