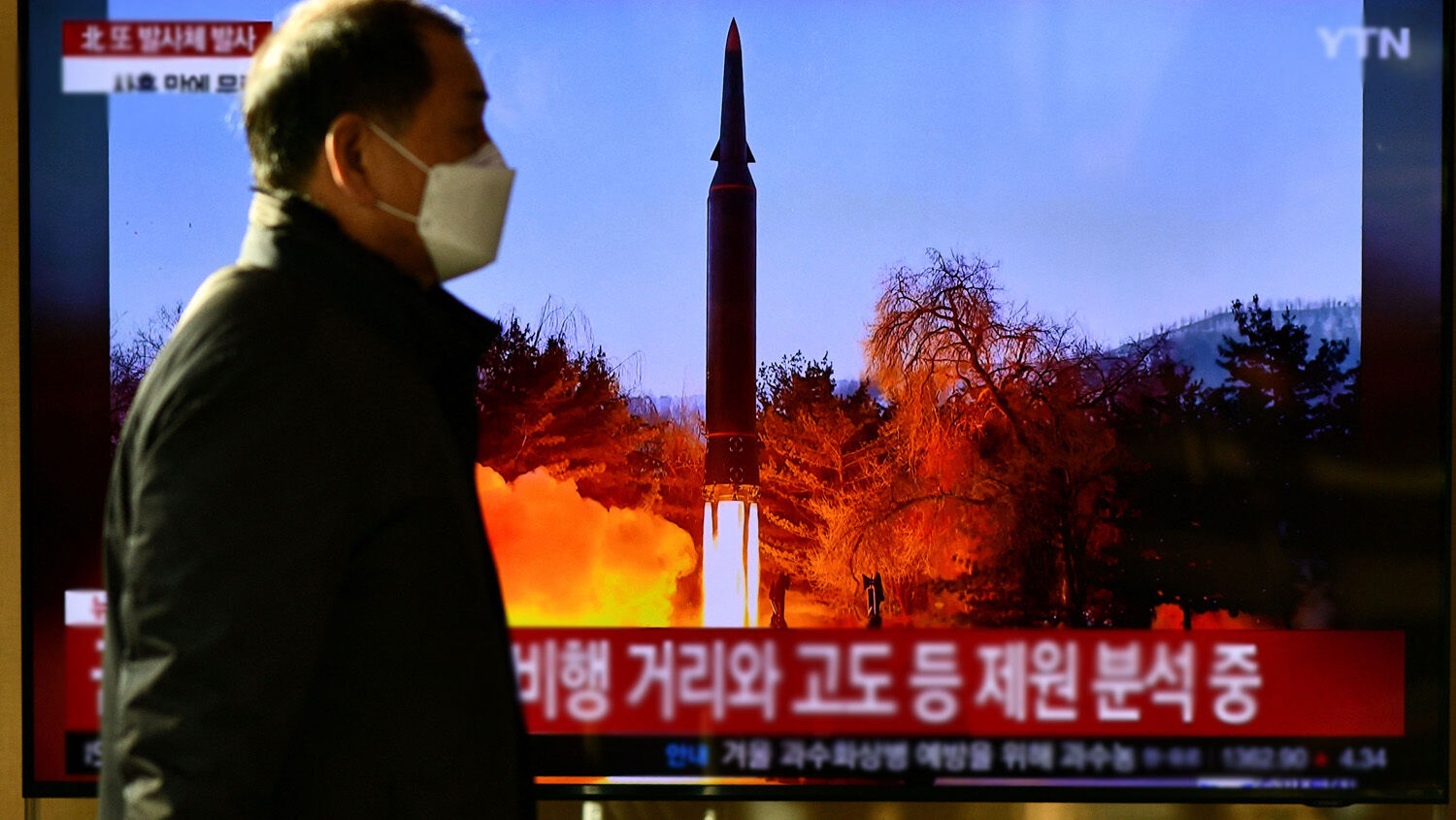 A North Korean missile test is broadcast at a railway station in Seoul on January 14.
ANTHONY WALLACE/AFP via Getty Images

‘We have been extraordinarily lucky so far. But luck is not a strategy.’

North Korea is expected to conduct its seventh nuclear test “any day now,” the Atlantic wrote on August 2. United Nations experts have reported that North Korea is testing “nuclear triggering devices” in anticipation of the test. If carried out, it would be the first nuclear test since 2017. Most of the former tests were of large-scale nuclear bombs. But, North Korean Supreme Leader Kim Jong-un is determined to equip his nation with tactical nuclear weapons. Strategic nuclear weapons can destroy an entire city. Tactical nukes are more for short-range, battlefield use. This makes them much more likely to be used, as they come without the caveat of mutually assured destruction.

Kim Jong-un is highly unpredictable and volatile. The prospect of such weapons being in his grasp is frightening. UN chief António Guterres said on August 1 that we are “one miscalculation away from nuclear annihilation.”

“We have been extraordinarily lucky so far,” he said. “But luck is not a strategy. Nor is it a shield from geopolitical tensions boiling over into nuclear conflict.”

David Cooper, a retired professor of National Security Affairs at the Naval War College in Newport, Rhode Island, observed that all our knowledge of nuclear weapons “is based on a very short, finite history” from the Cold War and post-Cold War world. In this time, the U.S. has been the unrivaled global superpower. It has been one of the most stable periods in world history.

Today, in addition to the United States and Russia, China, France, India, Israel, North Korea, Pakistan and the United Kingdom have nukes. Iran is about to have them too. With the crisis in Ukraine, instability in Europe, radicalism in the Middle East and a megalomaniac in North Korea, all indications show that these weapons won’t remain unused for long.

The world is on a slippery slope. With tactical nukes, North Korea could be the country that initiates the inexorable descent. The reality is that outbreak of nuclear war is inevitable. And whether by miscalculation or intentional chaos, nuclear annihilation is a very real possibility.

Just consider man’s history. War and conflict are never far away. Winston Churchill said that the history of man is a history of war.

But also consider Bible prophecy. In Matthew 24, Jesus Christ delivered a prophecy of what would happen at “the end.” He said that we would “hear of wars and of rumours of wars” because “nation shall rise against nation, and kingdom against kingdom” (Matthew 24:6-7). Horrible conflicts have ravaged the world before. But the one Christ prophesied about will be without equal. “For then shall be great tribulation, such as was not since the beginning of the world to this time, no, nor ever shall be. And except those days should be shortened, there should no flesh be saved [alive] …” (verses 21-22).

In his free booklet Nuclear Armageddon Is ‘At the Door’, Trumpet editor in chief Gerald Flurry writes:

Very soon these warnings of potential nuclear war won’t be just warnings. These prophecies are about to become horrific reality. World War iii will be the first nuclear war the world has ever seen. Men like Kim Jong-un will have enough power to wipe out entire populations.

But notice that God says, “[F]or the elect’s sake those days shall be shortened” (verse 22). “The good news is God will shorten the time span and save us alive,” Mr. Flurry continues. “But if He did not intervene, there wouldn’t be anyone alive on this planet. He will let it go a long way so that people learn they can’t rule themselves. Men don’t know the way of peace. God knows—and if you keep His law of love, it will bring great joy and peace into your life.”

Request your free copy of Nuclear Armageddon Is ‘At the Door’ to learn about the Bible’s prophecies on the coming nuclear insanity and the good news of Christ’s intervention.