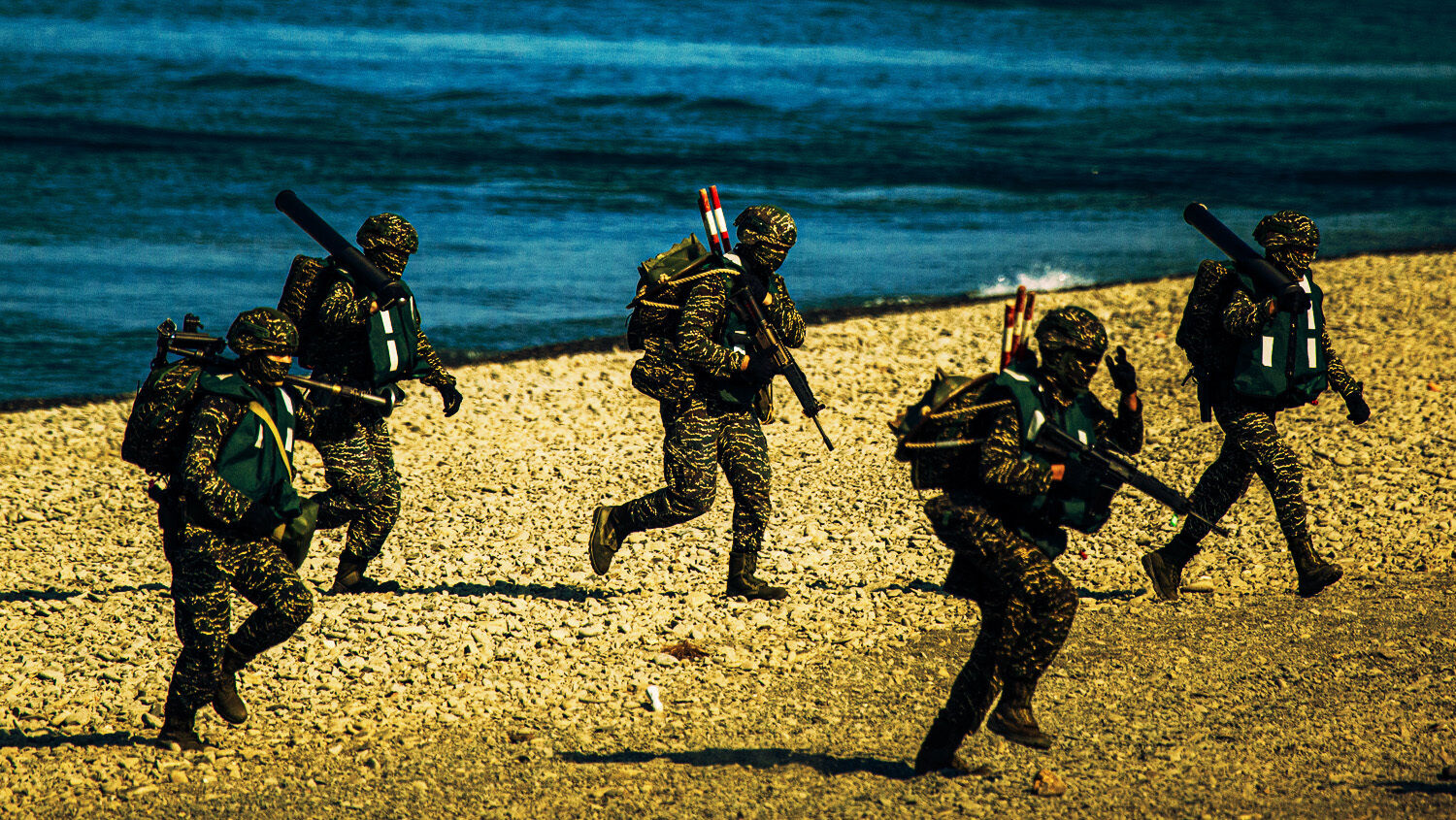 Taiwan is a democratic island nation of 23.6 million people on the northern end of the South China Sea. The overwhelming majority of Taiwanese would like the country to be internationally recognized and fully independent, charting a path into the future based on the will of the people.

But Chinese Communist Party (ccp) leaders view Taiwan as part of China. Since the time of Mao Zedong, they’ve seen it as the national equivalent to a rebellious teenager defying its parent country. Chinese leaders are determined to deliver whatever correction and discipline necessary to end the rebelliousness and bring Taiwan under their control. Xi Jinping, the head of the ccp, has said on several occasions that he is willing to use military force, if necessary, to subdue Taiwan. “We make no promise to renounce the use of force and reserve the option of taking all necessary means,” Xi said in 2019.

The U.S., for its part, has attempted a somewhat delicate balancing act between the two since 1979. Washington withdrew its official recognition of Taiwan as a sovereign nation that year and moved to recognize China as the “sole legal government of China.” This is the so-called One China policy, under which the U.S. has maintained formal relations with China while keeping unofficial ties with Taiwan.

At the same time, America has also pursued a policy of strategic ambiguity regarding its commitment to defend Taiwan in the event that it is attacked. The U.S. supports Taiwan and gives it military aid and equipment so it can deter invasion. But America’s official policy does not directly state whether U.S. forces would be deployed to assist Taiwan in the event of an invasion.

It is plain to see why the Taiwanese welcomed Pelosi’s visit. As speaker of the U.S. House of Representatives, she is the second in line to the presidency. She is the highest-level official to visit Taiwan since 1997, when her predecessor Newt Gingrich made the trip. Her visit is seen as a signal that America is determined to uphold the status quo—to preserve Taiwan’s autonomy.

America’s solidarity with the 23 million people of Taiwan is more important today than ever, as the world faces a choice between autocracy and democracy.

The Chinese see the visit as a deeply provocative challenge to their claim on Taiwan. The matter to them is not a foreign-policy issue but a domestic one. So they fumed at this signal of U.S. solidarity and deployed military forces near Taiwan in response. China announced live-fire drills by the People’s Liberation Army (pla) to take place August 4–7. These include, for the first time, war games that will take place east of Taiwan, at a location the Taiwanese say violates their territorial waters.

BREAKING: China closing some areas near Taiwan to planes and ships to conduct “important military exercises,” including live-fire drills pic.twitter.com/9seTiuZzkq

China also scrambled 21 warplanes into Taiwan’s Air Defense Identification Zone, some of which came within a hair of the Taiwan Strait median line that delineates Taiwanese airspace.

“These announced exercises are not only unprecedented in scope but also likely in scale,” M. Taylor Fravel, director of the Security Studies Program at the Massachusetts Institute of Technology, told the Wall Street Journal. The current set of drills “reflects capabilities that the pla simply did not have in 1995–1996,” she said, referring to a spate of Chinese land and sea drills staged in response to Taiwan’s president traveling to the United States.

Along with the current shows of force, China also released footage of its vaunted DF-17 hypersonic missile for the first time. This “aircraft carrier killer” is nuclear-capable and works with a hypersonic glide vehicle that allows it to evade missile defense systems. Experts believe such weapons could sink even America’s largest and most capable warships.

Meanwhile, Taiwan’s presidential office was hit by a cyberattack, and China paused the import of around 2,000 food items from Taiwan and suspended exports of sand to the nation.

And China says its response will not end with drills and cyber and economic strikes. The state-run Global Times cited the Ministry of National Defense on August 2 as saying the Chinese military “will launch a series of targeted military operations” to counter the visit and to “resolutely defend national sovereignty and territorial integrity and crack down on the external interference and secessionist attempts.”

For the first time, #China () released launch footage of a DF-17 ballistic missile armed with a DF-ZF Hypersonic Glide Vehicle.

The release (part of longer video) comes amid increased tensions with the United States () over Pelosi’s expected visit to #Taiwan (). pic.twitter.com/nkCKCeLGzB

China’s rage-fueled response shows how intent the nation is becoming on asserting its will and becoming the dominant power in Asia. And Taiwan might very well be the next major component of this domination plan.

In 1998, just after Bill Clinton became the first U.S. president to give in to Chinese coaxing and publicly oppose Taiwanese independence, Trumpet editor in chief Gerald Flurry said it meant China would eventually swallow Taiwan. He wrote in the August 1998 Trumpet:

The Chinese leaders pressured the president and America to speak against our freedom-loving friends [in Taiwan]. The people of Taiwan fear for their future. They feel betrayed. … Once again, America has showcased its broken will to the whole world. … How could anyone fail to see that Taiwan is destined to become a part of mainland China? These 21 million people [now 23.6 million] are going to be forced into the Chinese mold; and it is going to happen for one reason: because of a pitifully weak-willed America. Does freedom really mean so little to us?

Mr. Flurry’s understanding of America’s “pitifully weak” will, and how it will factor into the China-Taiwan dynamic, derives from Bible prophecy. Leviticus 26 records God cautioning Israel that if its people refused to turn to Him, He would punish them in numerous specific ways. One of these, recorded in verse 19, states: “I will break the pride of your power.” In this passage, Israel refers mainly to modern-day America and Britain. (To understand, request your free copy of The United States and Britain in Prophecy, by Herbert W. Armstrong.)

When Mr. Flurry wrote that article 24 years ago, the notion that China would conquer Taiwan may have seemed unlikely. But today, with Xi Jinping’s China growing far mightier and more aggressive, and with America increasingly divided and war-weary, it is clear that Mr. Flurry’s forecast could soon come to pass.

China’s leaders have made clear that they intend to make this the “Chinese century.” And the Global Times warned that the Chinese military exercises now underway should be viewed as “rehearsals” for the day when China’s might will be unleashed on any forces attempting to keep Taiwan free. China wants the U.S. and the world to know that day is coming.

To understand more about China’s increasing determination to dominate Asia and the world, and the hope that is intimately connected to this alarming trend, order your free copy of Russia and China in Prophecy.