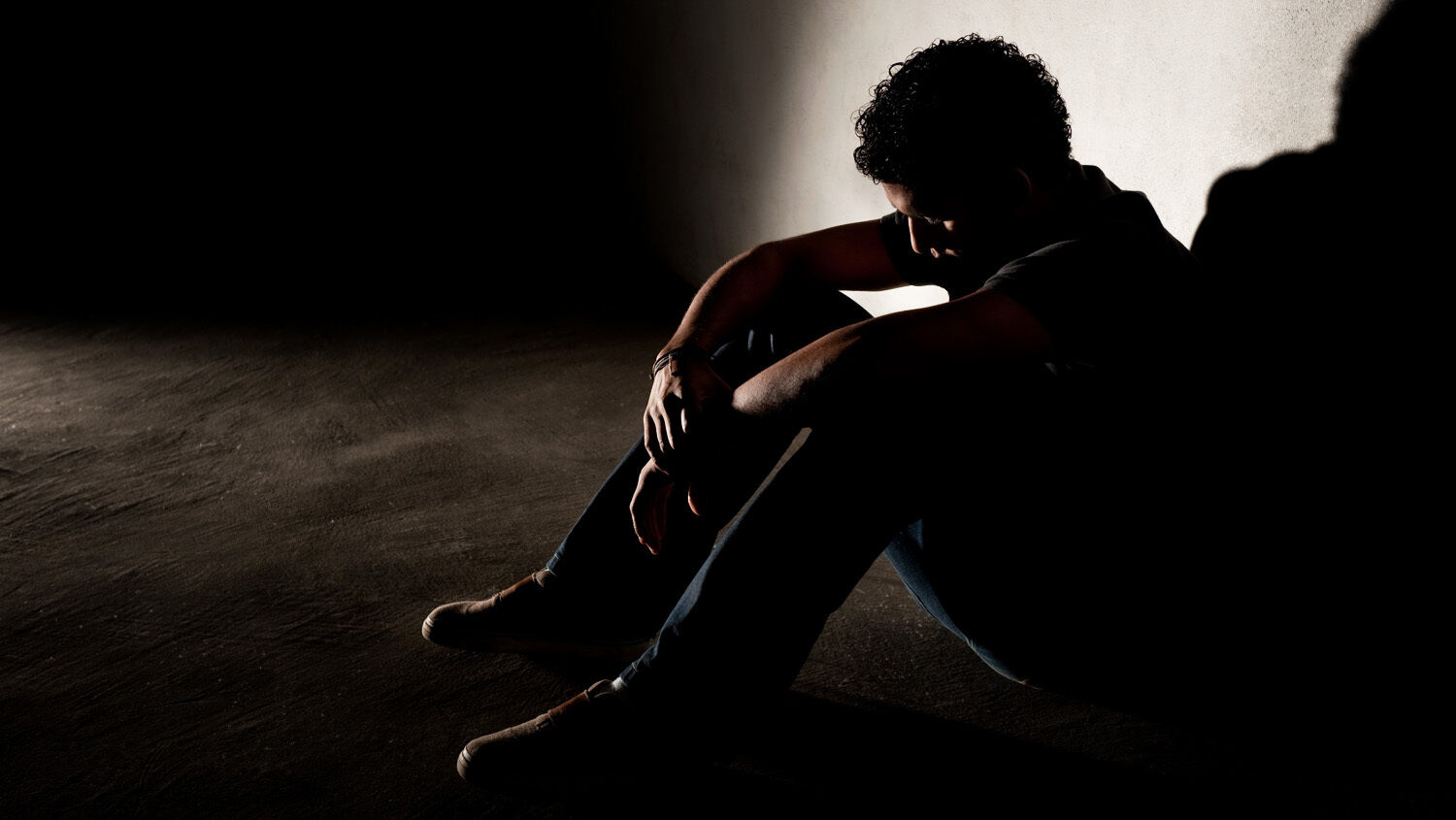 What is the real cause of depression?

Dec. 29, 1987, was a turning point for mental health. On that date, the Food and Drug Administration (fda) approved Prozac, the first selective serotonin reuptake inhibitor (ssri) to treat depression. Since that time, billions of pills have been prescribed to people all over the world. Depression was considered a chemical imbalance that could be simply solved by taking pills.

Depression represents 99 percent of all mental illnesses. Three-hundred million people globally suffer from depression every year. One in 10 American adults and 2.5 million youths are depressed. It is the leading cause of suicide in which 41,000 people die a year—that’s one suicide every 12 minutes. Each year depression rates increase, especially since the covid pandemic.

Selective serotonin reuptake inhibitors are the third-most prescribed drug in the United States. The Centers for Disease Control and Prevention (cdc) reported that from 2005 to 2008, 11 percent of Americans over age 12 were on antidepressants. From 1988 to 2008, antidepressant use increased 400 percent. Pharmaceutical companies have made billions from these drugs, forecasting to make nearly $16 billion in 2023.

But a new study published in Molecular Psychiatry analyzed 17 previous studies and found that depression is not caused by a chemical imbalance in the brain. This completely demolishes the accepted medical practice for the past 30 years and the fundamental premise of ssris.

So, what then is the real cause of depression and how can it be treated? The answers to these questions require the missing spiritual dimension revealed in the Bible.

The accepted hypothesis of depression is that it is directly tied to serotonin levels in the brain. If an individual’s brain is not retaining serotonin, then they will display symptoms of depression: persistent feelings of sadness and loss of interest, with the potentiality of more serious emotional issues.

The new meta-analysis undercuts this established hypothesis. Heathline wrote: “Joanna Moncrieff, M.D., a professor of psychiatry at University College London, and her colleagues found that there is no ‘consistent evidence’ that serotonin is involved in depression …. Anthony King, Ph.D, a neuroscientist and licensed psychologist and psychotherapist at the Ohio State University’s College of Medicine, who was not involved in the new review, agrees that the role of serotonin in depression has been overblown. ‘The idea that depression is a chemical imbalance characterized by a deficit or a lower level of serotonin in the synapses is just not correct,’ he said. ‘It never was, and it’s not now.’”

This report suggests that scientists do not understand how depression affects the brain, or even how antidepressant drugs affect the brain. “Many people take antidepressants because they have been led to believe their depression has a biochemical cause,” says Moncrieff, “but this new research suggests this belief is not grounded in evidence.” If depression is not linked to serotonin levels, then how did ssris become the prevalent treatment for depression?

In our modern era, the influence of Sigmund Freud has dominated the convention on depression. “The attention on the brain faded in the 20th century, when phrenology was supplanted by Freudian psychoanalysts, who argued that the unconscious mind (rather than brain) is the predominant cause of mental illness,” wrote Olivia Goldhill at Quartz. Psychoanalysis is based upon the idea that the subconscious is constantly guiding an individual’s emotional construct. Allan Horwitz wrote in a study that “depression—considered a rare disease in the post-World War ii period—has become the focus of mental health concern. One of the most puzzling phenomena in the recent history of psychiatric diagnosis is why depression replaced anxiety as the most commonly treated and researched mental health condition associated with the stress tradition.”

Depression became the main mental illness in the 1960s, around the same time that drugs became considered a treatment for depression. It was in this period that national health-care services were being developed in the Western world, and the first medicaid plans were being introduced in the United States. This combination was a major boost to the United States pharmaceutical industry.

Antidepressants were introduced in the 1950s. The medical establishment cycled through a range in antidepressants, as side-effects developed. Quaaludes, for example, were introduced in the 1970s and were also used recreationally. However, their widespread use caused overdoses and car accidents. Eventually, the fda made them illegal. Valium, a benzodiazepine, began to be prescribed for anxiety. In 1978, more than 2.3 billion pills were sold in the U.S. It was sidelined because of its highly addictive nature. Then ssris came on the scene.

The introduction of ssris coincided with a change in the advertising laws. Starting in 1985, pharmaceutical companies could begin direct-to-consumer marketing. Commercials for every kind of drug, including antidepressants, flooded television screens. Now, people could seek out a drug based on its advertising, not its performance. This helped boost ssri sales.

Millions of people have taken ssris; some having moderate success. Others have experienced the dark side effects of ssris. The fda was forced to put “black box” warnings on these drugs about the risk of suicidal thoughts in young people. Long-term use of antidepressants can actually permanently lower the amount of serotonin in the brain. Did ssris solve the depression problem? Quartz wrote that “30 years after Prozac was released, rates of depression are higher than ever.”

The Missing Dimension in Depression

In 1978, Mr. Armstrong wrote What Science Can’t Discover About the Human Mind, which should have revolutionized how the world views mental health, but instead it was ignored or rejected. Mr. Armstrong explained that God gives all humans a human spirit that imparts the power of intellect to the brain (Job 32:8). This spiritual element is what allows us to reason, think, create, experience emotion and make decisions. Scientists will never understand mental health if they don’t start with this premise revealed in the Bible.

Yet the human mind also has a carnal nature that is inherently hostile to God (Romans 8:7). We are not born with this nature, but we acquire it because it is being injected into our minds by Satan the devil, who rebelled against God (please read our booklet Mystery of the Ages to learn more). Satan broadcasts attitudes and emotions of negativity, rebellion, anger and hatred into our minds just like a radio receives audio through the air (John 8:44; Ephesians 2:2). This carnal nature and satanic broadcast is a constant downward pull toward disobedience, resentment and rebellion against God.

The Bible teaches that breaking God’s law is the source of all unhappiness, hate, resentment, envy and anger (Galatians 5:19-21; 6:7-8). Satan is constantly broadcasting an attitude of rebellion, and when we sin, we reap the consequences. Depression is a direct result of these two spiritual factors: 1) Satan’s downward broadcasts and 2) consequences of breaking God’s laws.

That is why depression rose with the new morality, which is a direct rebellion against God’s laws. As people indulged in sin, they became unhappy and depressed. Sin can affect people other than the offender, such as many youth suffering from neglect, abuse and trauma. The medical profession sought to subvert this spiritual consequence but not address the spiritual cause. Depression is a spiritual problem. As society becomes more rebellious and entrenched in sin, depression will only increase. Millions of people have turned to drugs as the solution for their mental health, when the real solution is revealed in God’s truth.

Physical conditions and drugs can certainly affect our mental state. But any attempt to treat depression without taking into account this spiritual dimension cannot last.

The Bible unlocks the key to defeating depression and living a happy, abundant life. Obedience to God’s law guarantees happiness. “[H]e that keepeth the law, happy is he” (Proverbs 29:18). It is a spiritual solution that is connected to God’s master plan for you. If you are battling mental health issues, or want to know about this inspiring solution, please read What Science Can’t Discover About the Human Mind and Mystery of the Ages.