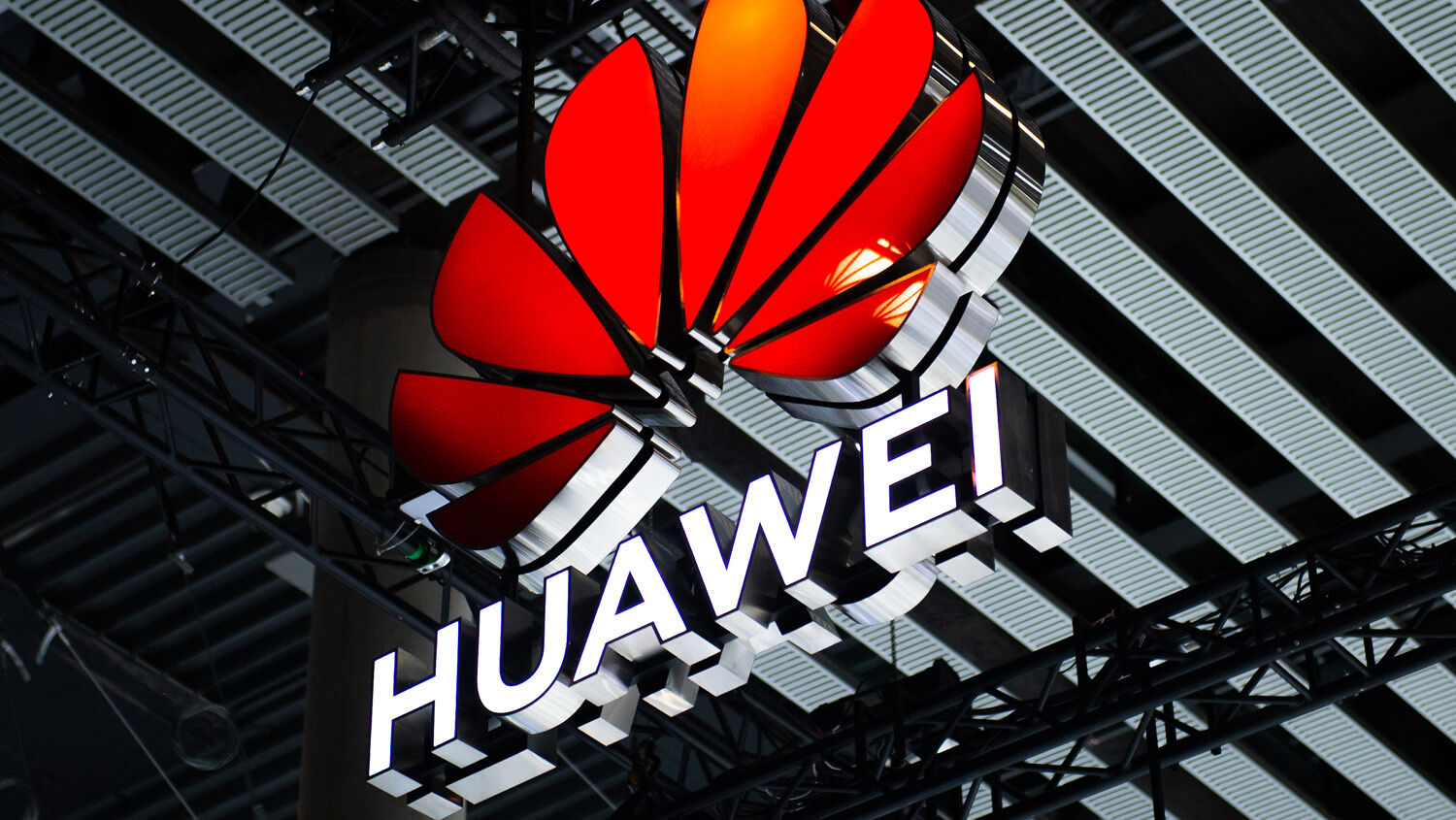 The Federal Bureau of Investigation has been looking into Chinese tech company Huawei over national security concerns. Although Huawei is listed as a private company, it has strong ties to the Chinese government and military. It is also subject to laws that require all companies to comply with requests made by the Chinese intelligence services. The fbi report acquired by cnn exposes some shocking vulnerabilities to United States security.

“Among the most alarming things the fbi uncovered pertains to Chinese-made Huawei equipment atop cell towers near U.S. military bases in the rural Midwest,” the cnn reported. “According to multiple sources familiar with the matter, the fbi determined the equipment was capable of capturing and disrupting highly restricted Defense Department communications, including those used by U.S. Strategic Command, which oversees the country’s nuclear weapons.” The Huawei technology installed in these towers can be accessed by Chinese state actors and used as a way to peer into U.S. nuclear missile silo infrastructure, which is concentrated in the midwestern region. They could also be used to capture or disrupt communications.

This means in a moment of extreme crisis, the U.S. military might be powerless to mount a response. In the modern reality of nuclear weapons, whoever strikes first will probably win.

“As early as the Obama administration, fbi agents were monitoring a disturbing pattern along stretches of Interstate 25 in Colorado and Montana, and on arteries into Nebraska,” the report continued. “The heavily trafficked corridor connects some of the most secretive military installations in the U.S., including an archipelago of nuclear missile silos.” Huawei was offering cheaper, Chinese-made routers to the cell phone companies providing coverage in those rural areas, mainly in the I-25 corridor. “Beginning in late 2011, Viaero, the largest regional provider in the area, inked a contract with Huawei to provide the equipment for its upgrade to 3G. A decade later, it has Huawei tech installed across its entire fleet of towers, roughly 1,000 spread over five western states.”

Another national security concern is weather cameras set up on the Viaero towers that provide a free, high-definition live stream of traffic and weather. These cameras also provide a free, high-definition live stream of U.S. military movements to the Chinese government. “Two sources briefed on the investigation at the time said officials believed that it was possible for Beijing’s intelligence service to ‘task’ the cameras—hack into the network and control where they pointed,” cnn wrote. “At least some of the cameras in question were running on Huawei networks.”

When the fbi briefed President Donald Trump on these implications, several actions were taken to remove Huawei from the American marketplace and to remove any Huawei tech installed. The Federal Communications Commission (fcc) ordered all telecom companies that received federal subsidies to remove Huawei equipment, known as “rip and replace.” In 2020, Congress approved $1.9 billion as reimbursement for the “rip and replace.” So far, the fcc has received applications to remove 24,000 pieces of Huawei equipment. However, companies like Viaero say that would cover only a fraction of the cost, and the Huawei equipment is still in place.

The Biden administration has softened some of the policies toward Huawei. Reporter Aaron Kliegman wrote: “The administration last year approved special licenses worth hundreds of millions of dollars allowing Huawei to purchase chips for components in its smart cars, such as screens and sensors. Last year, the U.S. also allowed Meng Wanzhou, the chief financial officer of Huawei, to return to China without going to trial as part of a compromise deal.” The threat Huawei equipment poses to U.S. nuclear infrastructure is just one of many ways China threatens America with espionage and cyberattacks.

Matt Erickson wrote in “China Could Unleash a Cyber-Pearl Harbor on America”: “Most military planners agree that China will try to blind U.S. forces by disabling satellites early in a conflict. If Beijing succeeds, the United States will have trouble understanding, communicating within, and even navigating the battlefield. … Far from needing to employ lasers or hit-to-kill kinetic weapons against satellites, Beijing can do its greatest damage through cyberattacks.”

China has the capability to hack and disable U.S. military satellites that would immediately blunt the technological edge of any American military response. The Huawei infrastructure in the United States could make these cyberattacks even more potent. This is possible because the U.S. military, and all of its vital infrastructure, depends on technology.

Trumpet editor in chief Gerald Flurry has been warning for decades that America’s Achilles’ heel is a cyberattack. In 1995, Mr. Flurry quoted analyst Joseph de Courcy, writing: “Computer dependence is the Western world’s Achilles’ heel, and within a few years this weakness could be tested to the full.” Mr. Flurry continued:

Let’s just look at the military part of this problem. I have wondered about a Bible verse for many years. … God promises to punish Israel—mainly the U.S. and Britain—in this end time. Again, God emphasizes the end time [in Ezekiel 7]: “An end is come, the end is come: it watcheth for thee; behold, it is come” (verse 6). God is going to show no pity. “And mine eye shall not spare, neither will I have pity: I will recompense thee according to thy ways and thine abominations that are in the midst of thee; and ye shall know that I am the Lord that smiteth” (verse 9). Israel is going to get to know God—after He smites them! That certainly has not happened yet.

Now let’s look at an alarming scripture: “They have blown the trumpet, even to make all ready; but none goeth to battle: for my wrath is upon all the multitude thereof” (verse 14). The trumpet of war was blown in Israel—mainly America and Britain. It seems everybody was expecting our people to go into battle. But the greatest tragedy imaginable occurred! Nobody went to battle—even though the trumpet was blown! Will it be because of a computer terrorist?

Bible prophecy reveals that America will suffer from a nuclear attack during the Great Tribulation (Matthew 24:21-22; Ezekiel 5:1-2). Will this nuclear attack be preceded by a cyberattack? Based on Bible prophecy and U.S. vulnerabilities, it seems inevitable. But who will be the attacker?

The Bible identifies that a German-led Holy Roman Empire will launch this nuclear attack on the United States. At this time, Europe will be in a trade alliance with Asia, led by Russia and China, which Isaiah 23 calls the “mart of nations.” Just before the attack on America, European forces will have conquered Iran in a whirlwind attack (Daniel 11:40-42). Immediately after this victory over Iran, “tidings out of the east and out of the north shall trouble him: therefore he shall go forth with great fury to destroy, and utterly to make away many” (verse 44). What troubles this European superpower? Mr. Flurry writes in Ezekiel—The End-Time Prophet:

Before this, when the Tribulation began, this emperor was cooperating with the Russians and the Chinese to besiege the Anglo-Saxon nations economically. But perhaps he hears rumors that the Asian axis is planning to invade North America and conquer it for its own.

Regardless of what the exact tidings are, the Bible is clear that it will be the Holy Roman Empire that single-handedly invades North America. And this passage is clear that these tidings will provoke the emperor to go forth with great fury to destroy!

Europe may be troubled that Russia and China are poised to strike America. Could a massive Chinese cyberattack on the U.S. be the tidings that spurn Europe to launch a nuclear assault on the United States? Some action by Russia and China provokes Europe to rush into the attack.

America’s cyber Pearl Harbor will happen. Huawei’s espionage shows just one example of how this tragic future is self-inflicted. Our leaders have been foolish, naive and, in the case of the radical left, treasonous, deliberately making decisions to undermine the United States. But most of all, this terrible future is because of our national sins against God’s law. America’s Achilles’ heel is fatally pierced by the nuclear arrow because of our rebellion against God.