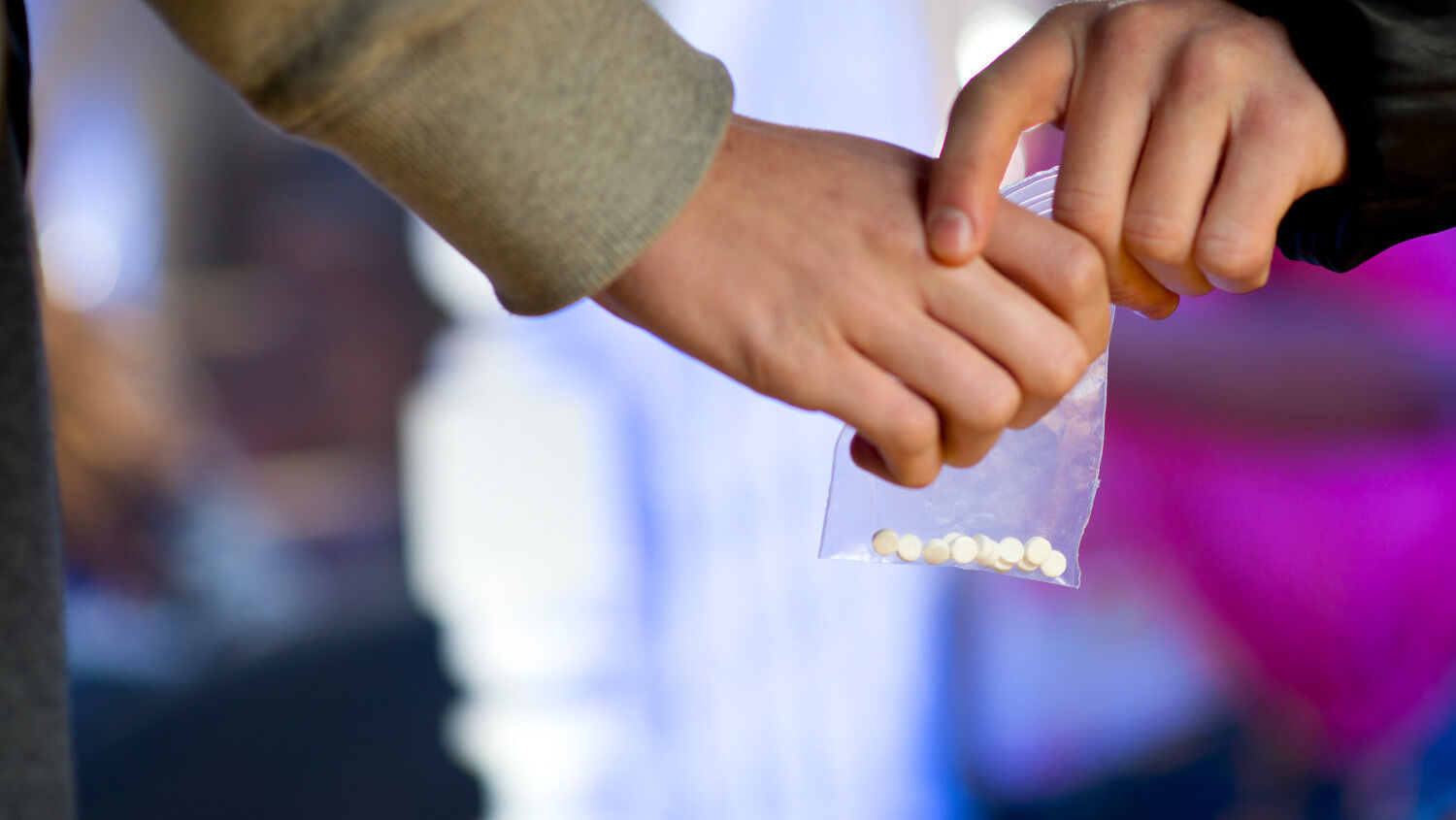 Why does drug use open the mind to violent behavior?

The United States has experienced a deadly surge in mass shootings. From Buffalo, New York, to Chicago, Illinois, to Uvalde, Texas, scenes of violence have shocked the world. In the heartbreak and mourning that have followed these events, people are searching for answers: Why did this happen? What motivated these young men to become mass murderers?

One common denominator in mass shootings and other violent episodes is drug use, ranging from prescribed drugs to recreational drugs to illegal drugs. This does not mean that all drug users become mass shooters, or that every mass shooter used drugs. But the evidence shows a connection between drug use and a mind that turns to violent behavior.

A January 2021 study by the department of psychiatry at Columbia University Medical Center analyzed 14,785 murders between the year 1900 and 2019. Of these, 1,315 mass murders were identified (involving three or more victims), and 11 percent of those murderers had psychotic symptoms. “Psychotic” refers to severe mental disorders that cause people to lose touch with reality and have delusions or hallucinations. Twenty-two percent of these mass murderers had a lifetime history of drug use (mainly marijuana) or alcohol abuse.

The report states: “The relationship between psychiatric symptoms and mass murder may be less associated with psychotic symptoms than with subacute, more common psychopathology, such as depressive symptoms, personality-based symptoms, drug or alcohol use, and reactions to adverse life events.” In other words, drug use may be a more common gateway to mass murder than having a certified severe mental illness. With drug use now mainstream in the United States, this should be a major concern for the millions of Americans who use drugs recreationally. Half of Americans have tried marijuana at least once, and 12 percent admit to being regular users.

Another study from 2020 published on the National Institute of Health’s website, authored by several prominent university professors from the U.S., establishes a link between frequent marijuana use and an increase in violent behavior. The report states: “[T]he consumption of marijuana is associated with an increase in violent behavior over the course of an individual’s lifespan, a high risk of psychosis for frequent users, an increase of cardiovascular diseases, and deterioration in health for individuals who have preexisting mental health issues such as post-traumatic stress disorder, social anxiety and depression. According to research studies, marijuana use causes aggressive behavior, causes or exacerbates psychosis, and produces paranoia.”

A key factor is the higher concentration of tetrahydrocannabinol (thc) in marijuana today. The authors investigated 14 specific examples of chronic marijuana users in conjunction with other data, and came to the following conclusions:

Such studies directly contradict the narrative behind the legalization of marijuana. Its widespread use is only exacerbating the unstable minds of many Americans.

One such unstable mind was Robert Crimo iii, the Highland Park shooter who shot and killed seven people and injured 46 at a July 4 parade in Chicago. Crimo was known for his drug use. One music collaborator said, “He was an isolated stoner who completely lost touch with reality.” Crimo had a disturbing history of bizarre behavior and of making violent music with disturbing imagery. The scientific evidence shows that marijuana definitely intensified Crimo’s instability.

Many other mass shooters have been marijuana users. The Wall Street Journal reported:

Alex Berenson, author of “Tell Your Children: The Truth About Marijuana, Mental Illness and Violence,” pointed out that the New York Times had curiously removed from an article about the Uvalde school shooter a former co-worker’s recollection that he complained about his grandmother not letting him smoke weed. The Times didn’t append a correction to the story as it might be expected to do when fixing a factual inaccuracy.

Assuming the elided detail was accurate, it would fit a pattern. Mass shooters at Rep. Gabby Giffords’s constituent meeting in Tucson, Arizona (2011), a movie theater in Aurora, Colorado (2012), the Pulse nightclub in Orlando, Florida (2016), the First Baptist church in Sutherland Springs, Texas (2017), and Marjory Stoneman Douglas High School in Parkland, Florida (2018), were reported to be marijuana users. It could be a coincidence, but increasing evidence suggests a connection.

It is not a coincidence that as marijuana use has increased so have mass shootings.

Quaaludes were introduced in the 1970s and were also used recreationally. However, their widespread use caused overdoses and car accidents. Eventually, the Food and Drug Administration made them illegal. Valium, a benzodiazepine, began to be prescribed for anxiety in the ’70s and early ’80s. In 1978, more than 2.3 billion pills were sold in the U.S. It was sidelined because of its highly addictive nature.

The big turning point was in 1987, when Prozac was approved as an antidepressant. It was the first selective serotonin reuptake inhibitor (ssri) to hit the market. These drugs use different mechanisms to keep more serotonin in the brain. The introduction of ssris corresponded with rules being changed to allow drug companies to do direct consumer marketing. Soon, other ssris came out: Celexa, Lexapro, Paxil and Zoloft. Antidepressants soon became the third-most prescribed drug in the U.S.

Despite their widespread use, ssris have a long history of deadly side effects. The link between increased risk of suicide and ssris became so clear that in 2004 the fda forced drug manufacturers to add a black-box warning about the increased risk of suicidal thinking, feeling and behavior in young people. The cdc found in 2013 that 35.3 percent of those who committed suicide were on antidepressants.

Psychology Today quoted a study of fda databases that shows antidepressants can cause violent behavior. The researchers found 484 drugs that had triggered at least 200 cases of violence over a 69-month period. Thirty-one of those drugs were identified for having caused 1,527 of the 1,937 violent incidents toward others during that period. “The drugs in that list of 31 included varenicline (an aid to smoking cessation), 11 antidepressants, 6 hypnotic/sedatives, and 3 drugs for attention deficit hyperactivity disorder,” wrote Psychology Today. “Antidepressants were responsible for 572 case reports of violence toward others; the three adhd drugs for 108; and the hypnotic/sedatives for 97.” Among the antidepressants are the most popular ssris: Prozac, Paxil, Luvox, Effexor and Pristiq.

Another study, published in 2006, linked antidepressants to several forms of violent behavior, including psychosis, emotional blunting, somnambulism (murder while sleepwalking), and suicide. The report took data from multiple countries and media reports. Freelance writer Molly Carter listed 16 examples of mass shooters who were using antidepressants at the time of their attack. These include James Holmes, or the “Batman movie killer,” who killed 12 people in 2012, and Ivan Lopez, who killed three of his fellow soldiers at Fort Hood in 2013. Court documents showed that Dylann Roof was on antidepressants when he attacked churchgoers in Charleston. This was not the only factor that contributed to these individuals choosing to commit heinous acts, but the common link cannot be denied.

Whether marijuana, antidepressants or another drug, these substances impact the mind and cause the individual to lose his connection with reality. These drugs can cause individuals to lose control over their thoughts and actions to various degrees. This is very dangerous, because a powerful, negative spiritual force can influence such instability. What psychologists describe as psychosis and the other violent side effects to drug use are physical consequences of a spiritual influence on the human mind.

Trumpet executive editor Stephen Flurry wrote in his article “The Motives for Mass Shootings,” “But they still wonder, ‘Why are these things happening?’ They are happening because our children’s minds are under attack! They are happening because the spirit world is real. There are evil beings just as real as you and me, with personalities and goals that are demonstrated by the violence they are influencing mass shooters to do!”

The Bible reveals there is a very real spirit world that includes Satan the devil and demons who rebelled against God (2 Corinthians 4:4; Revelation 12:9). Satan broadcasts to the human mind in negative attitudes and impulses (Ephesians 2:2), just like music is broadcast to a radio. When an individual’s mind is embittered by a life of abuse, anger and parental neglect, and influenced by violent imagery, drugs can remove any barriers to broadcasts of extreme violence. Trumpet editor in chief Gerald Flurry wrote in the article “Charlottesville Violence—The Real Danger Is Invisible”:

Demons prey on empty minds! A mind not filled with God’s truth is fertile ground for these perverted spirit beings.

Demons are the hidden cause of our society’s many incurable problems. They have far more power than humans do. The only way we can fight back is with God’s power.

This is why drugs are linked to mass shootings: Drug use opens the mind to the influence of the demon world. The Bible identifies Satan as the father of all murderers (John 8:44). You can’t understand mass shootings, or any other problem happening in this world, without bringing in the spiritual dimension.

There is an evil spiritual force, but God is far more powerful. We don’t need to be afraid of the spirit world if we are obeying God’s law and striving to be close to God. In a world falling apart at the seams, you need God. There is no other way to understand or have hope in this world.

To learn more, please read our article “The Motives for Mass Shootings” and our book America Under Attack.