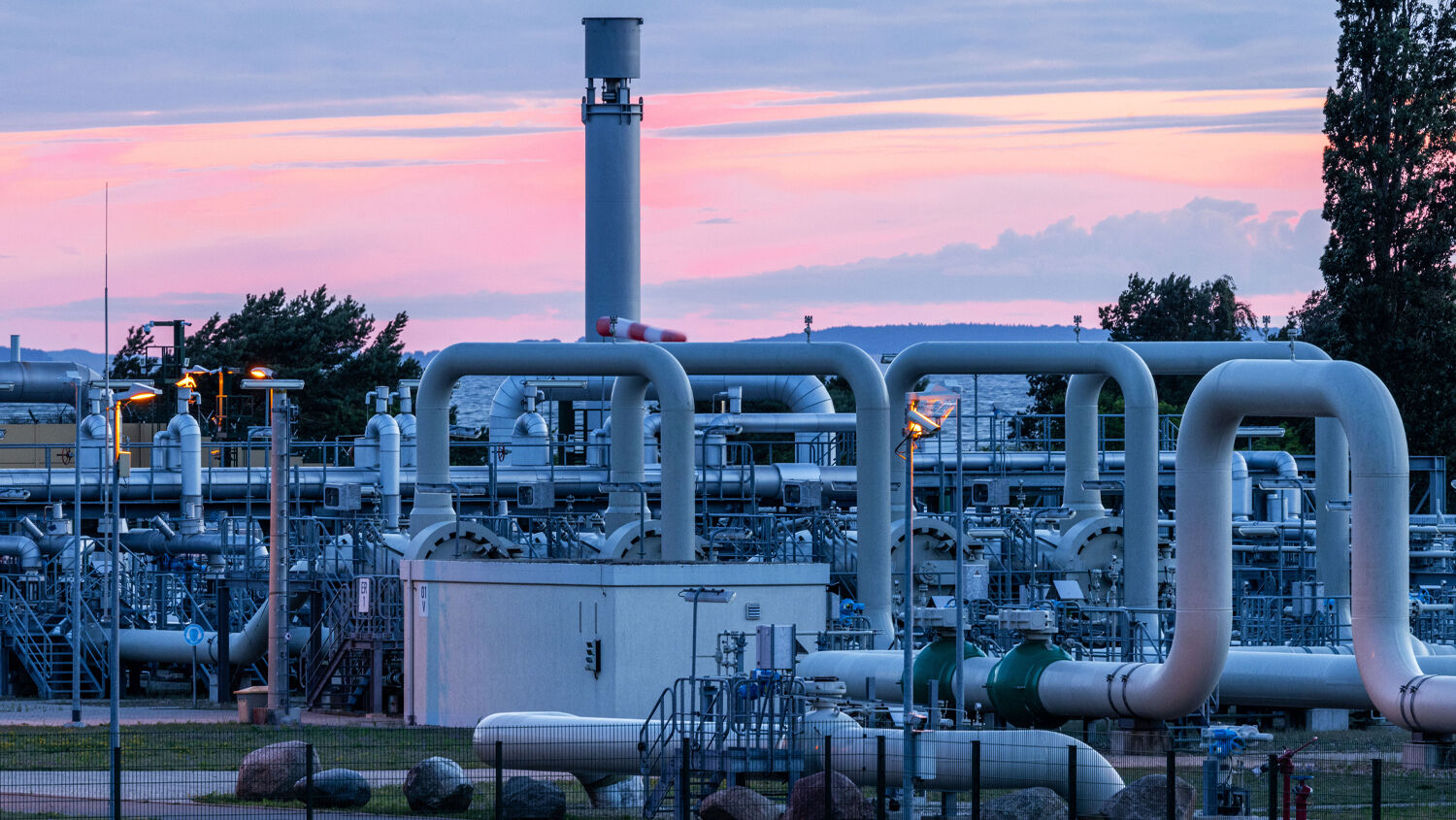 In the past few weeks, Russian President Vladimir Putin ordered the reduction of gas flowing through Nord Stream 1 that supplies Germany. Since July 11, no gas has flowed through the pipeline, allegedly because of urgent maintenance work that began that day. Russia claimed a gas turbine sent to Canada for repairs was essential to get the pipeline running again and demanded the export be exempted from sanctions. While German media outlets originally ridiculed this idea and Canada refused to cooperate, it is now apparent that the German government urged Canada to give in. Germany has again helped Russia undermine Western sanctions.

This weekend, Canada will allow the turbine to be exported, which will be delivered to Russia as quickly as possible via Germany. “The detour via Germany is necessary because Canada cannot ship the turbine back directly due to the Russia sanctions,” n-tv.de reported. Siemens Canada announced that it would install the turbine as soon as possible.

Ukraine’s energy and foreign ministries said the decision amounted to adjusting sanctions imposed on Moscow “to the whims of Russia” and called for it to be reversed. In view of this “unacceptable exception to the sanctions regime against Russia,” the Canadian ambassador has been summoned, Ukrainian President Volodymyr Selenskyy noted. Russia, however, rejoiced over the decision and mocked Ukraine’s response. The official Twitter account of the Russian Embassy in South Africa posted: “The #Canadian government has decided to sidestep its own anti-Russian restrictions & return the ‘Nord Stream’ gas turbine to #Russia via #Germany, despite criticism from #Ukraine. The decision followed Berlin’s pleas for Ottawa amid growing energy shortage. #WinterIsComing.”

The #Canadian government has decided to sidestep its own anti-Russian restrictions & return the ‘Nord Stream’ gas turbine to #Russia via #Germany, despite criticism from #Ukraine. The decision followed Berlin’s pleas for Ottawa amid growing energy shortage. #WinterIsComing pic.twitter.com/fUMejeZo0J

With German help, Russia has another victory it can add to its propaganda toolkit. Though the war has dragged on longer than Putin thought, his success at undermining Western sanctions may cause all Asia to look to him as an example.

The Canadian government justified the decision by claiming it supported “Europe’s ability to access reliable and affordable energy as they continue to transition away from Russian oil and gas.” A German government spokesperson welcomed “the decision of our Canadian friends and allies.”

Russia, however, is unpredictable and may cut off Europe from receiving Russian gas even after achieving a victory against Western sanctions. Putin’s primary goal currently appears to be to have Europe dependent on Russian gas supplies this winter. This would give Putin maximum leverage in negotiations to gain maximum land expansion.

Germany is in a dire economic situation without any backup plans to warm homes this winter. But this needn’t be the case. Before and after Russia launched its full-scale invasion of Ukraine, Germany blocked meaningful sanctions on Russia instead of working to become independent.

In January, Bloomberg reported that Germany pushed for an exemption for the energy sector if sanctions would block Russian banks. Had Germany used the time to find alternatives to Russian gas supplies instead of lobbying against sanctions, it would be far better off today. The war in Ukraine could have perhaps even been prevented.

But Germany appears eager to ease all sanctions that affect its own security and to block sanctions to alleviate Russia’s pain while still appearing innocent on the world stage.

Germany’s most recent move to help Russia proves two things that we have repeatedly pointed to at theTrumpet.com. Firstly it shows that Germany and Russia’s yearlong cooperation is proving deadly. And secondly, Vladimir Putin continues to rise as Asia’s strongman. To learn more about these two events, read “Germany’s Secret Deal With Russia—Exposed” and The Prophesied ‘Prince of Russia,’ by Gerald Flurry.

So many see Germany as the victim in all this, but we must recognize that Germany has a history of cooperating with Russia. As Mr. Flurry explained, German industrialists pushed for a close relationship with Russia after World War ii. Even after Russia started butchering people in Ukraine, Germans continued to pursue that strategy. “What is in it for them to do this?” Mr. Flurry asked. He answered:

Many elite Germans feel that their nation has now extracted all the benefit it can from the United States, and they are now ready for a new phase in German strategy. Some want modern Germany to use its impressive industrial and economic power to multiply its political and military power. They want to establish Europe as a new superpower, a modern Holy Roman Empire!

These Germans know that nato has protected Europe from Russia for a lifetime. After World War ii, Hastings Ismay, the first nato secretary general, summarized the purpose of the alliance this way: “Keep the Russians out, the Americans in, and the Germans down.”

That alliance has kept Germany’s military down, but it has also helped its economy become one of the best in the world and helped it reunite and exert unquestioned political power over Europe! And German elites still feel “kept down” compared to what they know their economy, politics and military could be.

America, Canada and other English-speaking nations believe they have an ally in Germany and they do what it says—this is to their shame. The Bible reveals in Isaiah 10 that God is raising up a nation to punish modern Israel (primarily the United States and Britain) for their sins. A study of history, prophecy and current events overwhelmingly proves that these prophecies refer to Germany. You can learn more in our free booklet Germany and the Holy Roman Empire.