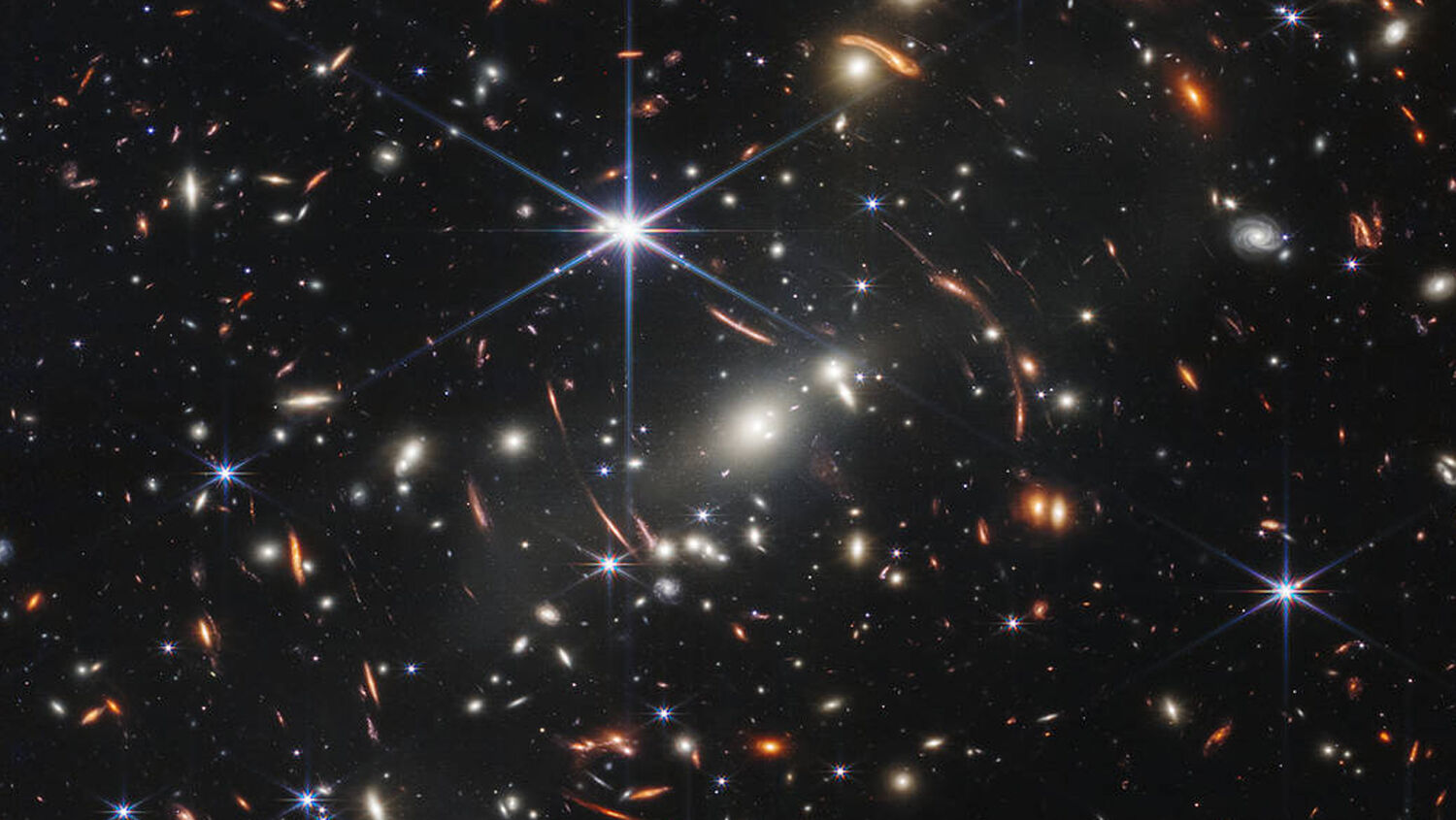 A glimpse into the past and the future

“Today, we present humanity with a groundbreaking new view of the cosmos from the James Webb Space Telescope—a view the world has never seen before,” said nasa administrator Bill Nelson on July 12. He then released the first full-color images and spectroscopic data from the Webb telescope.

The results are stunning.

In Webb’s image of Stephan’s Quintet, we see 5 galaxies, 4 of which interact. (The left galaxy is in the foreground!) Webb will revolutionize our knowledge of star formation & gas interactions in these galaxies: https://t.co/tlougFWg8B #UnfoldTheUniverse pic.twitter.com/b2kH1tSyMs

Here, Webb shows the Stephan’s Quintet, a cluster of galaxies triggering star formation within one another. Webb was able to pierce through the shroud of cosmic dust to view the velocity and composition of gas near the supermassive black hole in the grouping. The image consists of more than 150 million pixels.

Webb has also allowed for the viewing of stars in their earliest stage of formation.

A star is born!

Behind the curtain of dust and gas in these “Cosmic Cliffs” are previously hidden baby stars, now uncovered by Webb. We know — this is a show-stopper. Just take a second to admire the Carina Nebula in all its glory: https://t.co/tlougFWg8B #UnfoldTheUniverse pic.twitter.com/OiIW2gRnYI

Before, these “Cosmic Cliffs” obscured the baby stars behind them. Now, we are able to peek into the 50,000-to-100,000-year period of star formation. The mid-infrared view even shows a haze of red dust—planets forming around the young stars.

Two cameras are better than one, as seen in this combined view from Webb’s NIRCam & MIRI! In the near-infrared, we see hundreds of stars and background galaxies. Meanwhile, the mid-infrared shows us dusty planet-forming disks (in red and pink) around young stars. pic.twitter.com/yl9vHNAiuB

Webb has also focused on planets in a nearby solar system in a bid to fully understand what planetary atmospheres are made of. The study reveals the signature of water as well as evidence of haze and clouds that the Hubble Space Telescope couldn’t detect. Webb is even able to detect the atmospheric composition of a planet as far as 1,000 light-years away.

Perhaps the most compelling image released from Webb is of the deepest dive ever into the birth of the universe.

Sneak a peek at the deepest & sharpest infrared image of the early universe ever taken — all in a day’s work for the Webb telescope. (Literally, capturing it took less than a day!) This is Webb’s first image released as we begin to #UnfoldTheUniverse: https://t.co/tlougFWg8B pic.twitter.com/Y7ebmQwT7j

According to nasa, this sliver of universe is “the size of a grain of sand held at arm’s length.”

Named Webb’s First Deep Field, this image shows a galaxy cluster comprising thousands of galaxies bending and warping light from galaxies even further behind them. Deep field images from Hubble took weeks to build. This Webb image was made from just 12.5 hours of infrared wavelengths.

As dazzling as these images are, their real impact is in how they will change the way we view the universe.

“These images, including the deepest view of our universe that has ever been taken, show us how Webb will help to uncover the answers to questions we don’t even yet know to ask,” Bill Nelson said, “questions that will help us better understand our universe and humanity’s place within it.”

Those are the right questions to ask. What the James Webb Space Telescope reveals has everything to do with humanity’s origins and its even more dazzling future.

Stephan’s Quintet reveals “a sort of cosmic dance” between galaxies led by gravitational force. Cosmic cliffs swaddle baby stars as planets are born alongside them. The study into atmospheric signatures reveals just how uniquely perfect our planet is for habitation in an expanding universe. And the deep field image might be able to take us to the very birth of our universe.

All of this shows one clear reality: intelligent, deliberate and methodical design of our universe. In our August 2022 Trumpet issue, we wrote:

Modern science is dominated by a belief system that evolution produced life on Earth, that a “big bang” produced Earth, and that you shall not discuss what produced the big bang. In other words, it promotes any theory you can summarize as, “There is no God.” Plenty of scientists are sure to explain every image and data set that Webb sends—though it be the infrared signature of the Creator Himself—as proof that there is no Creator.

But as the images and data provide an ever clearer picture, there are many scientists who are turning to face reality. They are willing to look at the data in good faith and see what it actually teaches us, even where it further proves that the universe has design and intent.

The Webb telescope is helping the entire world ask the right questions. Why is the Earth so uniquely suited to inhabit intelligent life? Where did the universe come from? Who created the universe?

Why was it—why were we—created?

The Bible has held the answer to all of these questions for thousands of years. But Webb brings to life just what those answers mean for humanity.

Please read our article “Where the Webb Telescope Is Pointing,” by Trumpet managing editor Joel Hilliker, to learn more about the stunning future the James Webb Space Telescope reveals.