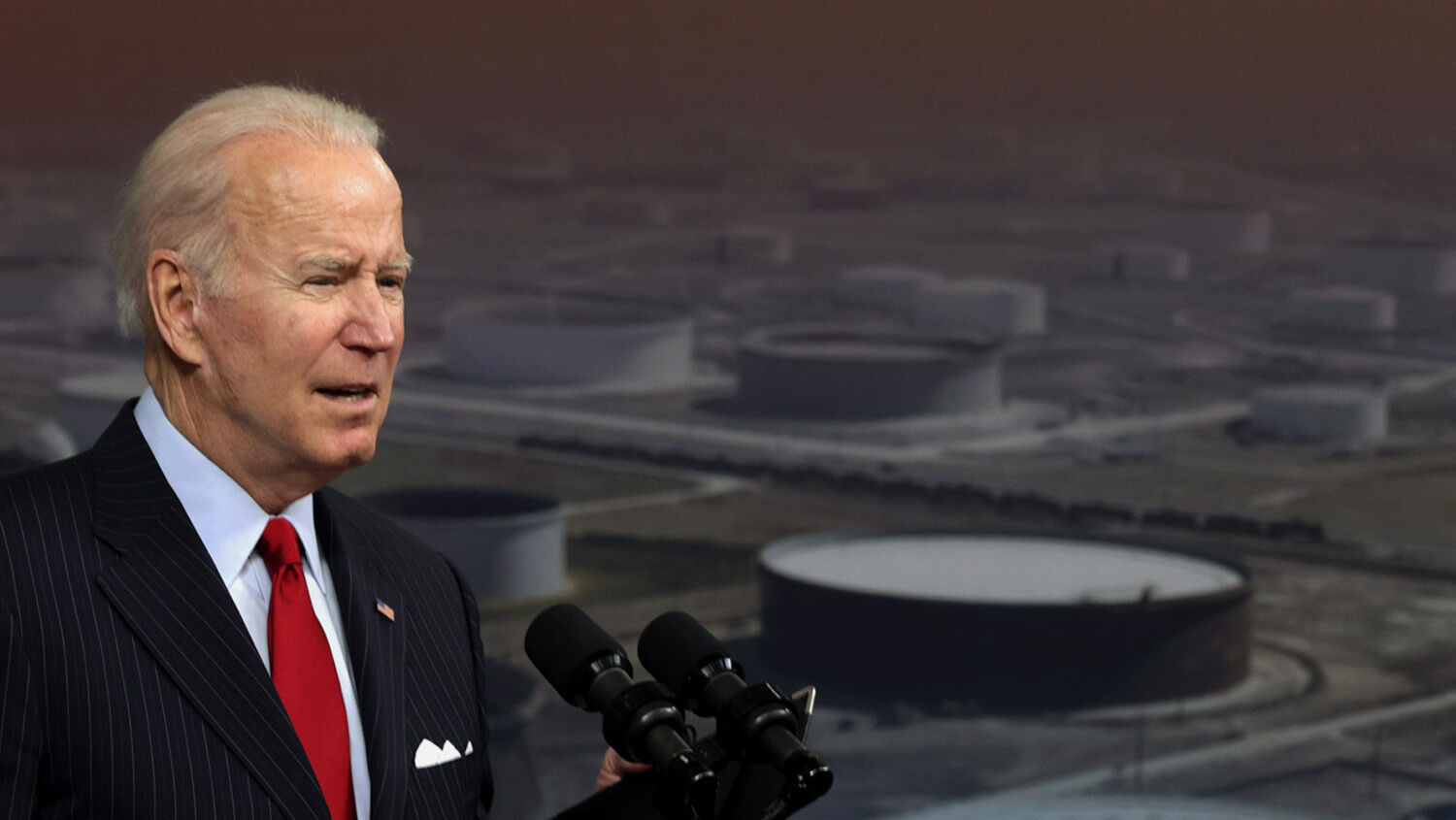 The Biden administration has sold nearly a million barrels of oil to a Chinese state-owned firm, the Washington Free Beacon reported on July 7. This discovery comes after the Department of Energy announced in April that it would be dipping into the U.S. Strategic Petroleum Reserve to offset “Putin’s price hike.”

“The Biden administration has taken significant steps to address the pain Americans are feeling at the pump as a result of Putin’s price hike and to help lower energy costs,” the announcement read. The idea is that putting more oil in the global economy would increase supply, thereby reducing demand and costs.

Thus, the U.S. has been releasing about a million barrels of oil a day, every day for the last two months. However, there are several problems with this approach.

But it still buys Russian oil.

China is Russia’s chief ally. Therefore, this state-owned oil company has more reason to continue purchasing Russian oil than to stop. And yet its continued purchases didn’t cause the U.S. to cancel the contract. Why?

Because of the second problem: Hunter Biden.

In 2015, bhr Partners, an investment equity firm, bought a $1.7 billion stake in Sinopec. Hunter Biden helped found bhr Partners in 2013. Hunter says he is completely divested from the firm. But Chinese and American business records show that he is still a 10 percent owner.

But the third problem is probably the biggest. The U.S. is emptying its strategic oil reserves. After Middle Eastern oil countries refused to send some to the U.S. in 1973, President Richard Nixon decided to create the reserve. It has a maximum capacity of around 700 million barrels of oil. At the current rate of sale by the Biden administration, it’ll be just about 300 million by October.

The strategic reserve was intended to provide the U.S. with oil in times of dire need. But it also acts as a regulator of global oil prices. The very knowledge that the U.S. has oil in reserve helps to stabilize global oil prices. But what if the oil reserves empty and they are never replenished?

Biden’s policies make this a real possibility. The pandemic-caused industry shutdown led to oil refinery closures and record low oil prices. Now, the demand is high again, but oil companies are struggling to find employees. They are also battling climate change policies and restrictions. In February, Biden banned American oil producers from drilling on federal lands. Because of the rising gas prices, this decision was reversed in April. But it has been limited to just 144,000 acres, 80 percent less than initially proposed.

At any rate, it would take at least six months for domestic drilling to produce more oil and reduce gas prices. But Joe Biden vowed to ban fracking and all drilling on federal lands. He vowed to prioritize environmental goals over having a functional economy. The ends, for the radical left, justify the means.

Essentially, Joe Biden is happy to accommodate the cult of climate activism rather than deal with the very real, present problem of American energy dependence. He is happy to sell oil to Communist China rather than give it to domestic refiners. And he seems happy to help his son get even richer in the process. Materials obtained from Hunter’s laptop show that the Biden family has been involved in oil and gas sales to China even before Joe Biden occupied the White House.

This might seem like it is yet more bumbling incompetence by the president. But notice what Trumpet editor in chief Gerald Flurry writes about another similarly apparent show of incompetence—the Afghanistan debacle:

This disaster was the worst evidence ever of how the United States has collapsed as a superpower! Other nations around the world see this clearly. They are taking advantage of this and preparing to replace American dominance with their own.

Many people said this catastrophe proved Joe Biden’s incompetence. But it wasn’t the result of bungling and bad judgment. It was part of a deliberate, planned effort to destroy America. And it was terribly successful.

The facts are irrefutable. Many people see the damage President Biden is doing. The most clear-eyed analysts recognize the horrible likelihood that there must be malicious intent behind it. …

These actions truly cannot be explained any other way. This wasn’t simply the result of ineptitude on the part of this administration or naivety about how the world really works. These were the aftereffects of a calculated, aggressive, satanic attack aimed at weakening and ultimately destroying the nations of Israel, starting with the world’s most powerful nation.

Today, you hear these people say on a regular basis how America’s economy is in historically good shape. They admit to no wrong and defend their evil deeds. That betrays their true intent. It is chaos by design. It is a concerted and deliberate attack. To understand the real depths of this infiltration, please request your free copy of Mr. Flurry’s newly updated and expanded America Under Attack.