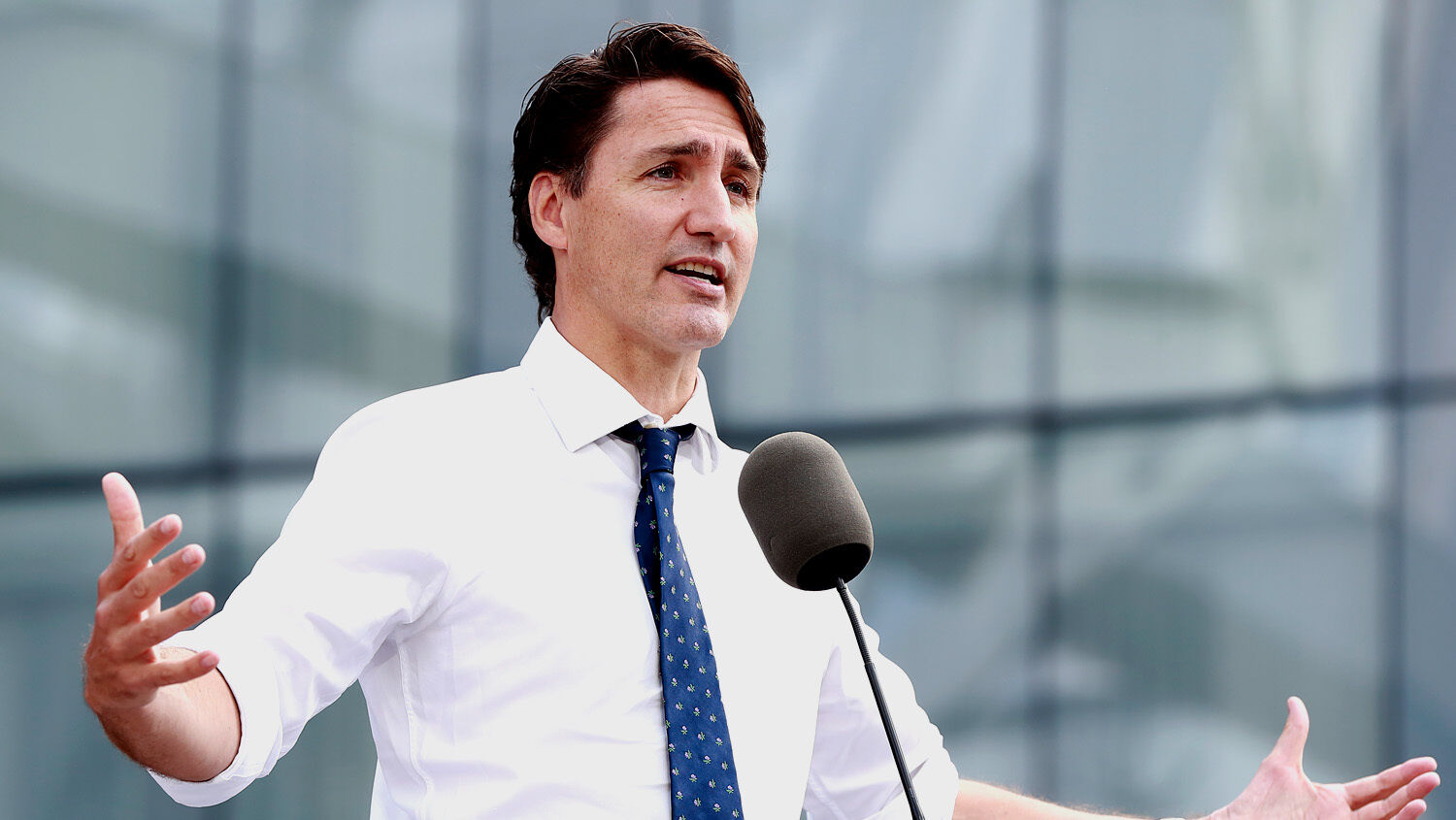 Prime Minister Justin Trudeau has been caught in another scandal. Immediately after the worst mass shooting in Canadian history in 2020 where 22 were murdered in Nova Scotia, Trudeau’s Liberal government interfered in the investigation for political gain. The Halifax Examiner broke the news on June 21: “rcmp [Royal Canadian Mounted Police] Commissioner Brenda Lucki ‘made a promise’ to Public Safety Minister Bill Blair and the prime minister’s office to leverage the mass murders of April 18/19, 2020, to get a gun control law passed.” The rcmp commissioner deliberately aided the political agenda of the Liberal Party.

After the mass shooting, the killer was on the loose for 13 hours in a replica rcmp cruiser and wearing parts of rcmp uniform. The killer lit several houses on fire and shot many victims who were fooled by the disguise, including a pregnant mother. The rcmp botched the response and has been withholding key information from the current inquiry into the tragedy. The revelation of Trudeau’s interference was made during this inquiry.

The Halifax Examiner continued: “A week after the murders, Lucki pressured rcmp in Nova Scotia to release details of the weapons used by the killer. But rcmp commanders in Nova Scotia refused to release such details, saying doing so would threaten their investigation into the murders.” But Lucki’s promise to the prime minister gives a different reason for this refusal: They wanted to help ensure nothing undermined the government’s push for gun control. The rcmp is a federal police force and an agency of the Ministry of Public Safety, but it is independent from political control. This indicates a major breach in the separation between the executive branch and the rcmp.

Trudeau is following the pattern of radical-left Saul Alinsky politics that Barack Obama is using to fundamentally transform the United States. Trumpet editor in chief Gerald Flurry explains in his newly expanded book America Under Attack how Obama formed a “fourth branch of government” by weaponizing the intelligence apparatus against political enemies, instead of real threats and criminals. Mr. Flurry writes:

Barack Obama has used this partnership [with Big Tech] to weaponize America’s intelligence services. He successfully took a system created to surveil and neutralize the nation’s external enemies and deployed it instead against his political enemies within America.

Obama effectively created a new bureaucratic monster out of the Department of Homeland Security, the Department of Justice, the Federal Bureau of Investigation and the Office of the Director of National Intelligence—a “fourth branch of government” full of unelected deep state bureaucrats who are loyal to him, his ideology and his goals.

Obama appointed radicals to government, centralized control to the White House, and used the media to support political persecution. The success of this Obama maneuver is in full display in the U.S.: The fbi and Department of Justice are targeting January 6 protesters and parents who speak out at school board meetings, even labeling them domestic terrorists, instead of targeting real criminals. Trudeau has successfully replicated this control over the federal police, rcmp, and federal intelligence agency, the Canadian Security Intelligence Service (csis).

The first step to achieving this radical agenda was to centralize power in the prime minister’s office (pmo), which is the bureaucratic machine of Trudeau’s government. The bureaucrats are part of the Public Service who run the various departments of the executive branch. The Public Service has been called the “fulcrum” of the Westminster system of government. But what happens when all of these career bureaucrats are radical leftists? The nation will pivot wildly to the left.

Policy Options wrote: “A lack of trust between politicians and senior levels of the public service, and a prime minister’s office that calls all the shots, is ‘destroying’ Canada’s public service, warns Paul Tellier, Canada’s former top bureaucrat. … ‘The current government, with centralization of everything in the pmo, is in the process of destroying the public service … and the word “destroying” is not too strong,’ the former clerk of the Privy Council in the Brian Mulroney era said in an interview.” All ministries of the government now run through the prime minister’s office, even for approving press statements and tweets.

This centralization of authority in the prime minister’s office has allowed Trudeau to gain more control over the various executive agencies, including the Public Safety Ministry. This ministry has authority over the rcmp and csis, the two main branches of the intelligence apparatus. csis also reports to the National Security and Intelligence Review Agency, whose board members are appointed on recommendation by the prime minister.

Another example of the rcmp’s questionable relationship with Trudeau was revealed on April 25 by the Globe and Mail. In 2016, Trudeau accepted the aga khan’s invitation to keep Christmas at his private island in the Bahamas. The Aga Khan Foundation has received over $330 million in humanitarian grants from the Canadian government, and the ethics commissioner deemed Trudeau broke the Conflict of Interest Act by accepting the trip worth $215,000. The rcmp conducted an investigation and found Trudeau broke four of the Conflict of Interest laws, but decided not to charge him. Part of the reasoning was confusion over the Conflict of Interest Act. Also, as the Globe reports, “the rcmp concluded that, aside from the low prospect of conviction, charging a sitting prime minister would cause damage that would ‘vastly outweigh’ the negative effects of charging an ordinary member of the public.” Trudeau has had multiple scandals while in power. How many times has the rcmp given him a “get out of jail free” card?

The tipping point of control was the Freedom Convoy protests in February. The grassroots protest was immediately labeled as domestic extremism by the mainstream media and Trudeau government. Evidence and testimony since that time have revealed no terrorism, extremism or violence from the protests. However, the rcmp and csis continue supporting this false narrative while providing no proof. One of the key testimonies used to justify invoking the Emergencies Act revolved around the intelligence community, rcmp and csis, stating the Freedom Convoy wanted to violently overthrow the government.

These blatant lies reveal how the intelligence apparatus is an echo chamber to push Trudeau’s agenda forward. Our August 2022 Trumpet issue has an article titled “The Radical Transformation of Canada.” It states:

In the months since the Freedom Convoy, csis has bolstered its “domestic extremism” division of the department and declared right-wing extremism to be one of the leading risks to Canada. Global News reported, “The Canadian Security Intelligence Service now devotes almost as much attention to ‘ideological’ domestic extremism as they do religiously motivated terrorism, marking a paradigm shift in the spy agency’s priorities. … csis has gone from closing its right-wing extremism desk in 2016 to spending almost as much time and resources tracking ‘ideological’ domestic extremism as religious terrorist groups like Daesh and al-Qaeda in 2021.”

Even before the Freedom Convoy arrived in Ottawa, the intelligence community had already prepared a narrative to label those opposing tyrannical covid mandates as “anti-authority” extremists. Trudeau’s tightening of control coincided with the rcmp and csis working more closely with Merrick Garland’s radical fbi in the United States.

Before invoking the Emergencies Act, Trudeau counseled with President Joe Biden, and Canadian intelligence collaborated with the fbi (one year removed from inciting the January 6 riot). Trudeau and Biden agreed to enter a “bilateral” agreement on intelligence. On March 22, U.S. Attorney General Merrick Garland announced the reestablishment of an information-sharing agreement between Canada and the U.S., ensuring more collusion between the radical fbi and the rcmp. Both organizations have a long history of working together, and the rcmp takes lessons from the fbi in “the dark arts,” including manufacturing terrorist plots and hacking smartphones.

Garland said at the time: “Such an agreement, if finalized and approved, would pave the way for more efficient cross-border disclosures of data between the United States and Canada so that our governments can more effectively fight serious crime, including terrorism.” What kind of crimes will the fbi-rcmp look to stop? Garland’s department has targeted political enemies of the radical left, concerned parents at school board meetings, and January 6 rioters. The same weaponization of the intelligence apparatus has already begun in Canada.

Tamara Lich, the lead organizer of the Freedom Convoy, has been denied bail and is being held in prison for violating “the spirit” of her bail conditions. The Metis grandmother is being held on charges like counseling to commit mischief, which no one has ever gone to jail for in Canadian history. Trudeau placed a Canada-wide warrant for her arrest, which are usually reserved for mass murderers and terrorists. The judges and prosecutors involved in the case are Liberal donors and radical activists. The message is clear: If you oppose the Trudeau government, you will face the same fate.

What makes all of this worse is that Canadian courts have expanded the powers of the police through common law rulings. David Ireland, a professor of law at the University of Manitoba, said: “The big problem is that you can’t know for certain what police are permitted to do until you’re in court, because the test (for establishing a new common law police power) works retroactively.” Most Canadians are completely unaware of the authoritarian police state they live in.

The radical left in Canada will continue to follow the Obama playbook until it has achieved total victory, which it is on the cusp of reaching. Creating the fourth branch of government that allows surveillance, prosecution and detention of political dissidents is key to the Communist agenda. Today it is being used against Tamara Lich and other individuals who took a stand against Trudeau’s government—but tomorrow it could be used against you.

What can you do about the calamity gripping Canada, America and the other English-speaking nations? Most people see dangerous problems but don’t know why they are happening nor what to do about it. The Bible provides the answers. Only Bible prophecy can reveal why it is happening and where it is leading. You don’t have to live in fear or despair; you can have real hope in the ultimate outcome God wants to achieve for mankind.

Please read our free book America Under Attack to learn the truth about what is happening around you.