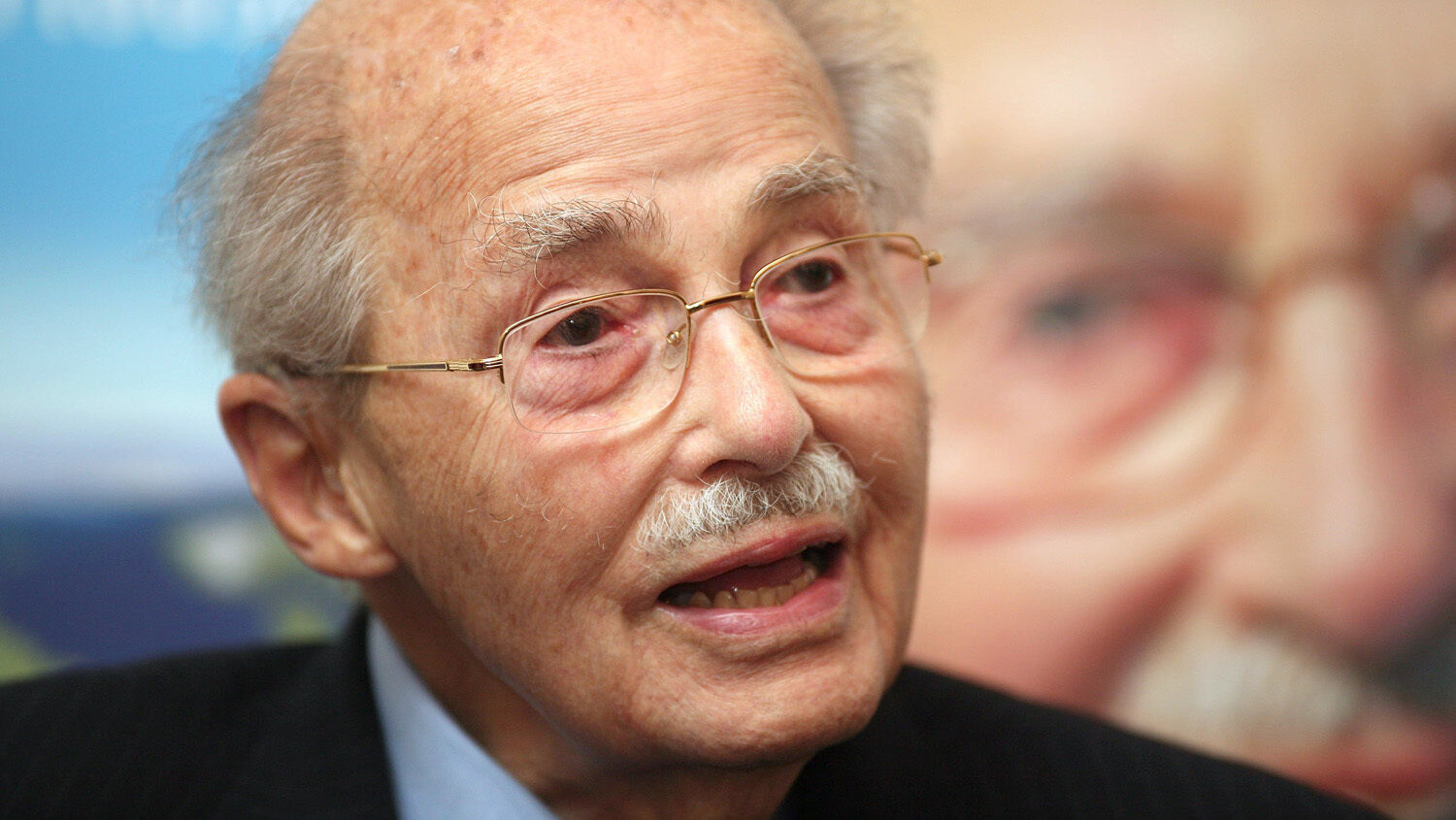 Otto von Habsburg, the eldest son of Charles i, the last emperor of Austria and king of Hungary, died more than 10 years ago, but several news outlets have recently recalled his warning about Russia. Wiener Zeitung wrote on July 2 “The Prophecy of Otto Habsburg” (Trumpet translation throughout). This article not only claims that Habsburg was right about Russia, but also highlights his vision for Europe and how it connects to the history of the Holy Roman Empire.

Austria’s Wiener Zeitung and Germany’s Welt both highlighted Habsburg’s warning about Russia. Almost 20 years ago, Habsburg said Russian President Vladimir Putin was “cruel” and “oppressive,” and he even compared the trends in Russia with the rise of Adolf Hitler.

“We have a big problem with the powerful neighbor Russia,” Habsburg noted in 2003 in Bregenz, Austria. “We must keep in mind that a real, international danger continues to exist. Because the leadership in Russia is in very mysterious hands.”

Many hoped Putin would bring Russia closer to the West and Western values. Many leaders met with him in this hope, and economic relations started flourishing. But Habsburg warned until his death against this false hope. Years later, his warnings have proved accurate. Wiener Zeitung noted:

As countless hastily unearthed newspaper interviews and video recordings now show, the emperor’s son hardly missed an opportunity until the very end to warn the world against revisionist “national Bolshevism” and the danger of renewed Russian “colonial wars” in Europe. “We have a big problem with our powerful neighbor Russia,” Habsburg said as early as 2003 on the occasion of a lecture in Bregenz, and to the astonishment of the audience he did not hesitate to compare Putin with Hitler.

For Otto Habsburg, the old empire, as it had existed until its dissolution in 1806 (and continued to exist in the German Confederation until 1866), was a Christian constitutional state that had provided balance and security in Europe for centuries. It is true that the imperial idea also served the goal, Habsburg wrote, of “creating larger areas and unifying sub-areas, but not by subjugation and domination, but with the help of a broad legal order that was above the communities, the enforcement and just administration of which was the responsibility of the empire.” …

Habsburg considered the Congress of Vienna of 1815 to be the richest point of light in Europe’s recent history, because—in contrast to Versailles in 1919 and Yalta in 1945—it guaranteed genuine peace. Not only was the German Confederation created here, but defeated France was also included as an equal partner and held jointly responsible for the work of peace from the very beginning. The cooperation between Metternich and Talleyrand, Habsburg stressed, had resulted in the idea of a “European Europe” being applied here for the first time—and without Russia and England, both of which “certainly had a share in Europe, but were not regarded as wholly European.”

This observation of Habsburg, written down in an essay in 1971, is highly topical. If one follows this interpretation, the leaders of Europe already knew 200 years ago that there is no “empire” to be made with the British and the Russians, as Brexit and the Ukraine war show. The fact that the European balance created in 1815 nevertheless began to waver and resulted in two world wars was not due to England or Russia, but to Prussia.

Here Wiener Zeitung implies that the EU is heading toward the formation of an “empire” that excludes Britain and Russia. This is, in fact, not only what Habsburg hoped for but actively worked toward as a member of the European Parliament and party member of Germany’s Christian Social Union.

“[The historian František] Palacký understood,” Habsburg noted, “that Austria represented the state of many small peoples, each too weak to protect itself against the great ones, but strong enough together to preserve its freedom. For him, therefore, Austria alone was capable of providing security for its countrymen, as well as for all Europe, against Russian imperialism.”

“For Habsburg, this development was inevitable,” Wiener Zeitung concluded. “With the destruction of the imperial idea, and because no imperial peace was possible with Stalin’s universal monarchy, Europe was divided in Yalta in 1945. If the son of the emperor had his way, only a united, imperial Europe could offer liberation to the subjugated countries in the East and—together with an imperial America—security to the Continent. The grace of a long life allowed him to live to see the realization of this goal, the eastward expansion of the EU in 2004.”

Habsburg’s vision for empire was shaped by Europe’s history, and he believed that Europe unknowingly follows in the same traditions. Here is another statement of his that we quote often on theTrumpet.com: “The [European] Community is living largely by the heritage of the Holy Roman Empire, though the great majority of the people who live by it don’t know by what heritage they live.”

The late Herbert W. Armstrong met with Otto von Habsburg and discussed world events and where they were leading. But though Habsburg had an overwhelmingly positive view of the history and future of the Holy Roman Empire, Mr. Armstrong realized that this empire not only brought unity in the past but also great bloodshed.

Mr. Armstrong warned about this empire when he saw Benito Mussolini call for a resurrection of the Holy Roman Empire and when Adolf Hitler brought the empire’s crown jewels back to Nuremberg. After World War ii, Mr. Armstrong warned that the Bible prophesies that this empire would rise again. Based on current events and these same prophecies, Trumpet editor in chief Gerald Flurry continues this warning. In his 2010 article “The Holy Roman Empire Is Back!”, he explained:

[Former German Defense Minister Franz Josef] Strauss and Otto von Habsburg shared a common dream of a united Catholic Europe. Both personally shared details of that vision with Herbert Armstrong during visits they made to the campus of Ambassador College in Pasadena, California. To Otto von Habsburg, the dream was of a revived Holy Roman Empire. To Herbert Armstrong, that dream would become the reality of the biblically prophesied seventh resurrection of the Holy Roman Empire.

The Bible reveals the specific timing of these events in Revelation 17:10, where it states: “And there are seven kings: five are fallen, and one is, and the other is not yet come; and when he cometh, he must continue a short space.” Mr. Armstrong received the understanding of this prophecy during the time of Adolf Hitler—the “one is.” But he never saw the last king to rule this empire.

Habsburg and Strauss have since died, but there is another man on the scene today who is of the same political party, the Christian Social Union, and a family line that connects with the house of Habsburg. His name is Karl-Theodor zu Guttenberg.

Mr. Flurry has noted that although Guttenberg’s political career ended suddenly while he served as defense minister, he appears to be the most likely man to lead a resurrected Holy Roman Empire in modern Europe. Mr. Flurry commented:

Take Guttenberg’s impeccable Frankish-Bavarian Roman Catholic connections into mind and add them to the thread of political thought that has pervaded Bavarian politics for decades under Strauss and Stoiber—the dream of a united Catholic Europe under German leadership. Then add to it something that neither Strauss nor Stoiber ever possessed—a striking family title that cements all of these connections together—and we have a man to watch in the shaky coalition of Chancellor [Angela] Merkel’s government.

Europe’s current leaders may hope to resurrect this old empire in an effort to bring “peace,” but historically it has always led to war. Following the relative peace that was established in 1815, war broke out some 60 years later as Otto von Bismarck fought to unite Germany. Soon after that followed World Wars i and ii. Is there any bloodier history? While European leaders may be sincere in their hopes for peace, the Bible reveals that their ambitions will lead to war. They may even justify this as the only solution for lasting peace as they see it. Concerning the history and prophecy of this empire, Mr. Flurry wrote:

The Holy Roman Empire has seven heads. The seventh is now on the scene. The first head began in a.d. 554 and was ruled by Justinian. The sixth head ended at the conclusion of World War ii in 1945. It was ruled by madman Adolf Hitler, one of the bloodiest tyrants in the history of man.

According to your Bible, the seventh head will be the bloodiest one of all—by far! …

Thankfully, this will be the seventh and last head of this empire. Then this world is going to be filled with peace, joy and abundance forever! That too is prophesied in the Bible and must be fulfilled—just as the prophesied seven heads of the Holy Roman Empire have been.

We must remember not to blame the Holy Roman Empire for inflicting evil upon the nations of Israel. (If you don’t know who the nations of Israel are, request our book The United States and Britain in Prophecy.) “For God hath put in their hearts to fulfil his will, and to agree, and give their kingdom unto the beast, until the words of God shall be fulfilled” (Revelation 17:17). God has put it in the heart of this empire to fulfill His will. We are being punished because of “all our abominations.”

This is some profound truth that takes much study and meditation to understand. I encourage you to read Mr. Flurry’s article “The Holy Roman Empire Is Back!” to understand how all these prophecies are connected with our modern day.