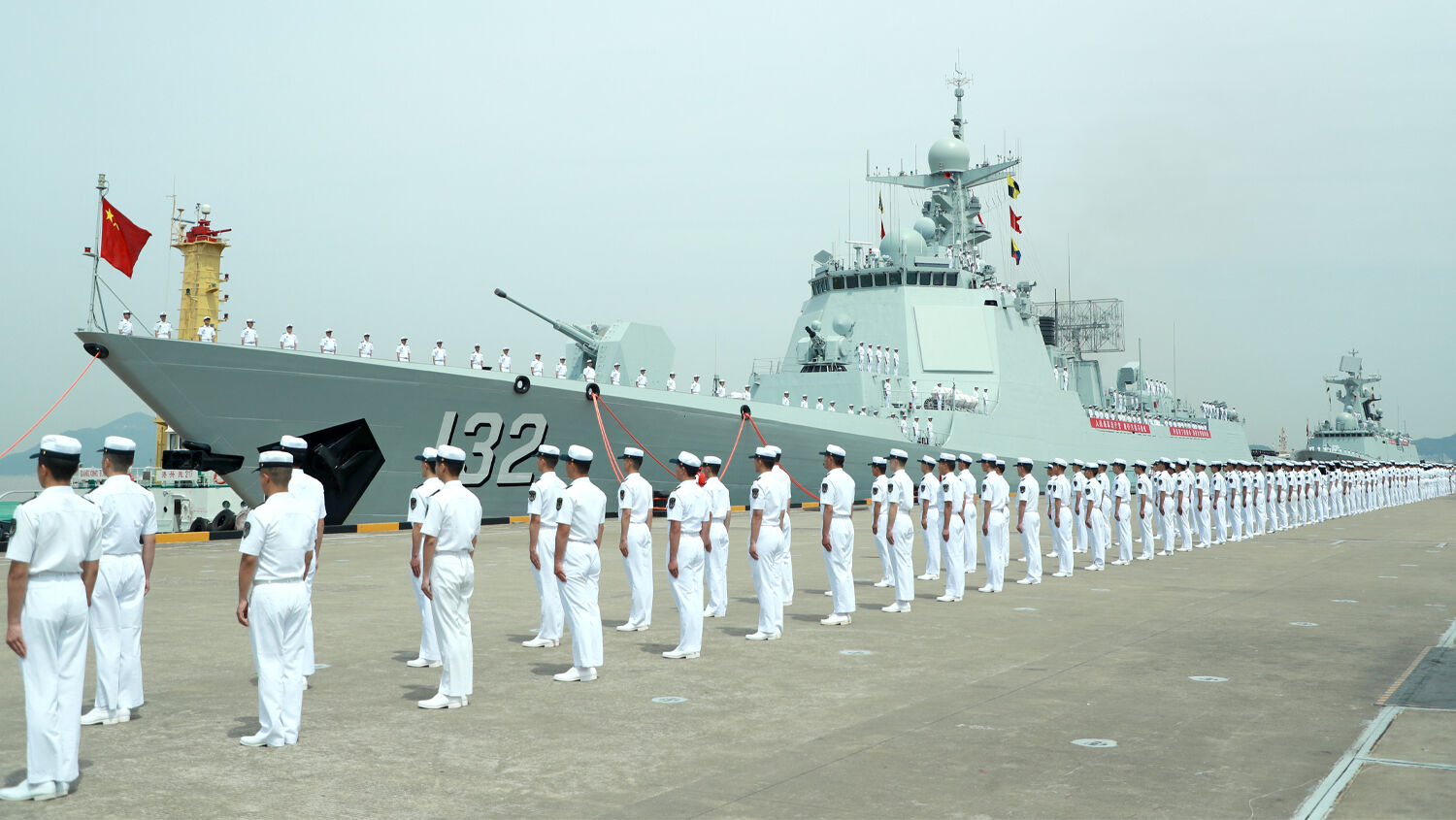 Members of the Chinese Navy stand on the deck of guided-missile destroyer Suzhou.
VCG/VCG via Getty Images

Germany is selling its propulsion technology to the Chinese Navy, an investigation by Axel Springer publishing house revealed on July 11. Germany ignored the United States’ requests and is enabling China’s military aggression in the South China Sea.

Welt reported that the engine technology for Chinese warships comes from German manufacturer mtu. “Internal documents now show that Berlin deliberately did not want to ban the deliveries completely—although the U.S. insisted on it,” Welt noted (Trumpet translation throughout). This is just the latest example of Germany empowering the West’s enemies

America and China have been at odds for years. China is gradually taking over and weaponizing the South China Sea and is openly threatening to invade Taiwan.

Welt highlighted an incident during which 10 crew members of an Australian Poseidon reconnaissance aircraft were threatened by a Chinese warship pointing a military laser at them. “From a German perspective, all this seems far away. But both the confrontation off Australia and other similar incidents involved Chinese guided missile destroyers equipped as standard with Type 956 engines made by mtu of Friedrichshafen on Lake Constance,” Welt commented.

The U.S. has tried for years to convince the German government to restrict such supplies and licensing, with little success. The German government finally restricted exports of engines for Chinese submarines in May 2017. These engines enable Chinese Song submarines to sneak up on U.S. warships in the Pacific. “In the event of war, the U.S. ships would be a potential target for the Chinese submarines’ torpedoes,” Welt noted. The larger marine diesel engines, which could be used for war or civil operations, were not restricted.

Research institute Sipri regularly lists mtu deliveries to the Chinese Navy in its public database. Thus the purpose of their use is known and not disputed. Even China’s most recently released Luyang iii destroyers are said to be equipped with German engines. This has geopolitical consequences as welt am sonntag noted: China asserts its claims over islands in the South China Sea with the help of German technology. Welt also highlighted Germany’s direct opposition to U.S. policies:

One of [mtu’s] trading partners is the engine builder Shaanxi from Xingping in central China—and not an entirely unproblematic partner: In 2020, the U.S. imposed financial sanctions on its parent company China State Shipbuilding Corp.—because of its links to the Chinese military. In 2021, Joe Biden’s administration confirmed this. According to the Shaanxi website, however, the last time a Chinese mtu vice president visited Shaanxi was in September 2021, and they assured each other of their “deep friendship.” Shaanxi continues to build mtu Series 956 engines under license “on a small scale to this day,” a Rolls-Royce Power Systems spokesman has now confirmed.

“The Germans should not sell this engine technology to China,” says Brent Sadler, a former naval officer who dealt with China policy at the Pentagon. This has remained “the position of the U.S. government” under both Democratic and Republican presidents, he said as quoted by Welt.

By cooperating with China instead of the U.S., Germany has risen to become an economic superpower—but it has done so by empowering U.S. enemies.

Overall Germany has built an extensive economic partnership with China and ignored reports of Chinese slave labor camps. This is going against principles it has vowed to uphold after World War ii. Germany’s Siemens, for example, promised to never repeat its mistakes of cooperating with a dictatorship. “Yet right now, Siemens is lobbying hard to be allowed to continue using products made by Chinese slaves in the Xinjiang province,” Trumpet editor in chief Gerald Flurry explained in “Rising From the German Underground.” “Shamefully, many American companies also work with slave labor in Xinjiang. But has Siemens really learned its lesson? Can you be sure it would never repeat its World War ii history?”

Germany’s cooperation with China is also only one of many examples. Despite U.S. precaution and sanctions, Germany has built deep economic ties with Russia that enabled Russia’s Ukraine war. Germany has also supplied Turkey with tanks that it used in Syria to oppose U.S. objectives, and it ignored U.S. directives regarding Iran, the world’s chief sponsor of terrorism. In 2019, for example, the German government refused to participate in a U.S.-led military mission to deter Iran from jeopardizing international shipping lanes in the Strait of Hormuz. The German-led European Union is also seeking a free-trade deal with Latin America with potentially dangerous ramifications for the U.S.

The U.S. has sought to bring stability to the world after Germany’s attempt to gain world dominion in World War ii. But Germany has subtly undermined these efforts. The fact that Germany’s actions are now endangering world security is remarkable when you consider that the U.S. still sees Germany as its ally. This not only points to America’s weakness but also to Bible prophecy.

Mr. Flurry explained in May 1991 that the reason America fails to secure world peace “is because God has broken the pride of our power—our will to win! … America must come to see they are under a curse from God and repent of their sins.”

This is a reference to Leviticus 26:19 where it reads that God would “break the pride of your power” as a curse for disobedience. As explained in The United States and Britain in Prophecy, by Herbert W. Armstrong, this chapter primarily addresses today’s English-speaking peoples. In the October 1961 Plain Truth, Mr. Armstrong stated that “unless or until the United States as a whole repents and returns to what has become a hollow slogan on its dollars: ‘In God we trust,’ the United States of America has won its last war!”

That is the real reason Germany and other nations are getting the better of America. Only national repentance can save us from global chaos. To understand this astounding truth and to learn how God will bring real and lasting peace to this Earth, request a free copy of The United States and Britain in Prophecy.