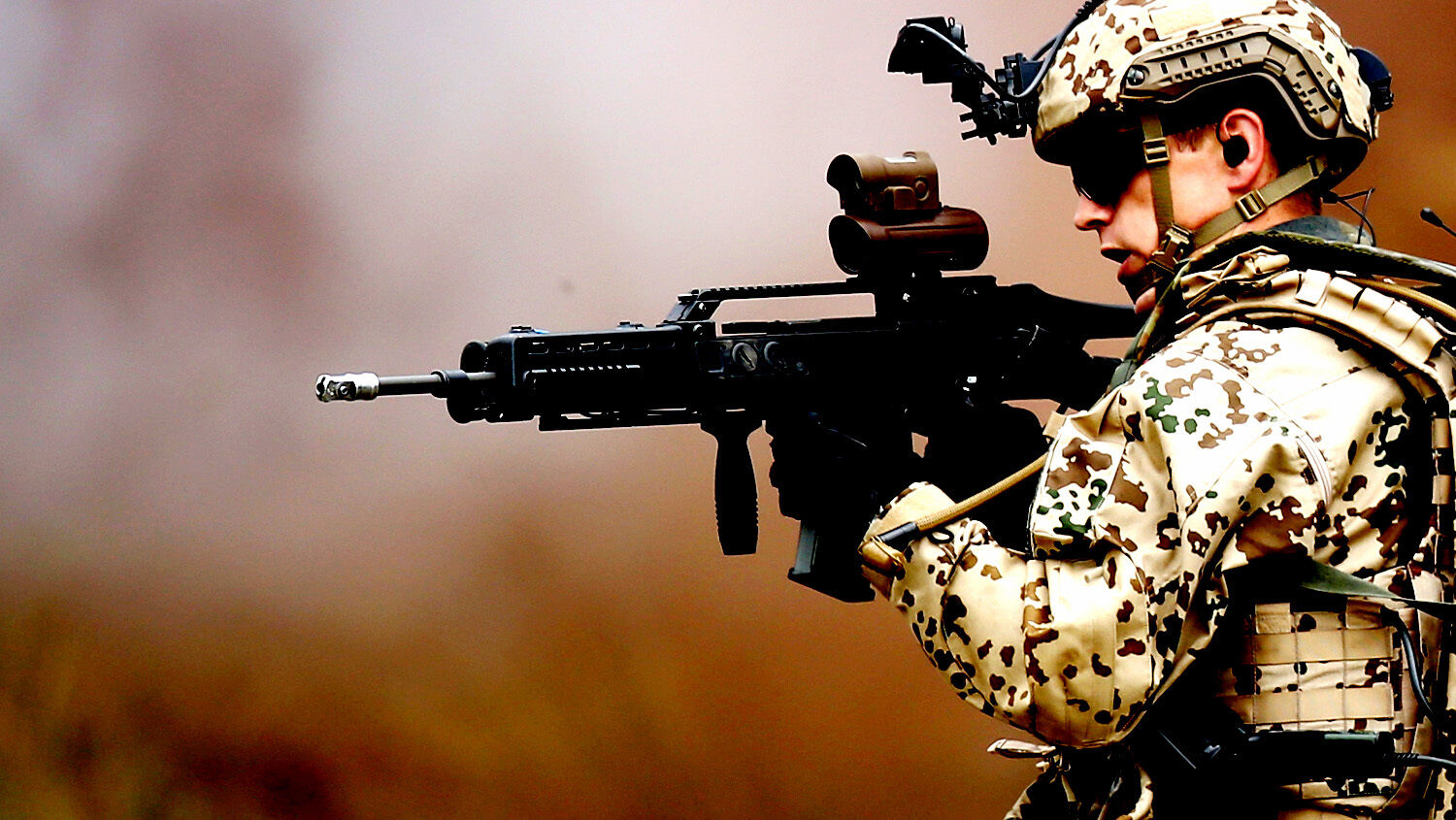 “Germany must claim to be a leading power,” coleader of the governing Social Democratic Party (spd) Lars Klingbeil said. Europe must now “gain greater geopolitical weight,” he added while speaking at a conference of the Friedrich Ebert Foundation in Berlin on June 21. The winds of change are blowing through Europe.

“After nearly 80 years of restraint, Germany now has a new role in the international coordinate system,” Klingbeil said. He believes this needs to show in practical terms, domestically and internationally. “My wish is that we as a society develop a new normality in our dealings with the Bundeswehr,” he said. Though the topic has been debated for some time, Klingbeil believes the time has come for a sudden break with Germany’s pacifist foreign policy.

Remarkable speech by the leader of the Socialdemocratic Party @larsklingbeil today. Germany must pursue the claim of a “leading power,” he said in a keynote speech. “After nearly 80 years of restraint, Germany today has a new role in the international coordinate system.”

German Chancellor Olaf Scholz signaled a similar change of course in his “Zeitwende” speech in February when he announced a dramatic military boost for the nation’s armed forces. Klingbeil expounded on this impetus, claiming that in addition to a greater budget, the military needs greater recognition as a legitimate force for peace. “Over the last decades, Germany has earned itself a great amount of trust. With this trust come expectations,” he concluded. Germany now needs to “meet these expectations.”

In his speech on Tuesday, Social Democrat coleader Klingbeil said Germany’s newly boosted defense budget would not only mean its army would eventually grow to become the largest in Europe, but that the country needed to learn to become a “leading power”—a term long considered a taboo among German politicians for fear of evoking ghosts of an aggressive past that would alienate its neighbors.

A strong German military, free of restraint, with a leading role in the world is, for some, still a frightening concept. But should it be? Didn’t Germany prove that it learned its lesson?

After World War ii, Germany was forcefully restrained and demilitarized. The Allied forces pledged to never allow a remilitarized Germany to dominate Europe. But today, this exact scenario is happening. Germany is following a similar course of action to what it did before World War ii.

Then and today, Germany’s industrialists have used relations with Russia to rise to the top. Additionally Germany has now used trade with China to become a global player. It has also benefited from low tariffs in its relationship with the United States. Economically, Germany long been a leading power, which is key to becoming a global military power.

Right-wing extremism and anti-Semitism are also surging in Germany. “Hurtful behavior, threats, attacks, violence: For the past year, the Federal Association of Research and Information Centers on Anti-Semitism (rias) recorded 2,738 anti-Semitic incidents in Germany,” Faz.net wrote. “The number thus increased compared to 2020, when the individual rias reporting centers registered 1,957 incidents nationwide” (Trumpet translation throughout). That’s a dramatic increase. Considering the small number of Jews remaining in Germany, these numbers are more than concerning.

Has Germany really learned its lessons? Can we be sure that history won’t repeat itself? In 2014, Germany made similar claims of needing to reclaim a leadership role in the world. Trumpet editor in chief Gerald Flurry wrote at the time: “You need to understand what a drastic change this sort of language is! There is a strong reason why Germany hasn’t been talking like this for many decades—and why these statements are so alarming today!”

What does Germany do when it gets a strong military? Do you dare read its history and see? Once that military is in place, it will be put to use! This world doesn’t comprehend that because it doesn’t understand history and Bible prophecy. We just have to look at the truth to understand what we’re dealing with. Everything is moving at lightning speed.

Various policies prepared the way for Adolf Hitler’s rise to power. Today, we are seeing a similar trend. Bit by bit, the restraints that were put in place to prevent a dictator from misusing Germany’s military are eroding. As Mr. Flurry explained, this is a fatal mistake for Germany with consequences for the whole world. He noted:

Here is another prophecy we need to watch in light of what is happening in Germany and Europe today: “And in the latter time of their kingdom, when the transgressors are come to the full, a king of fierce countenance, and understanding dark sentences, shall stand up” (Daniel 8:23). The book of Daniel is prophecy for the end time (Daniel 12:4, 9). This is talking about the fact that sometime soon, this European empire will be led by a strongman—as it has been so many times in the past.

This man is also described in Daniel 11:21: “And in his estate shall stand up a vile person, to whom they shall not give the honour of the kingdom: but he shall come in peaceably, and obtain the kingdom by flatteries”—in other words, it strongly indicates that this “vile person” will not be voted in. Watch Europe for this strongman! He is about to come on the scene.

This change in Germany’s military policy is creating a framework that this individual will be able to take advantage of.

Though this article was written in 2014, it deals with the same trends we are seeing today. Once again, Russia’s aggressions are transforming Germany. I encourage you to read “Germany’s Urgent and Dangerous Military Decision” to understand how this will end.