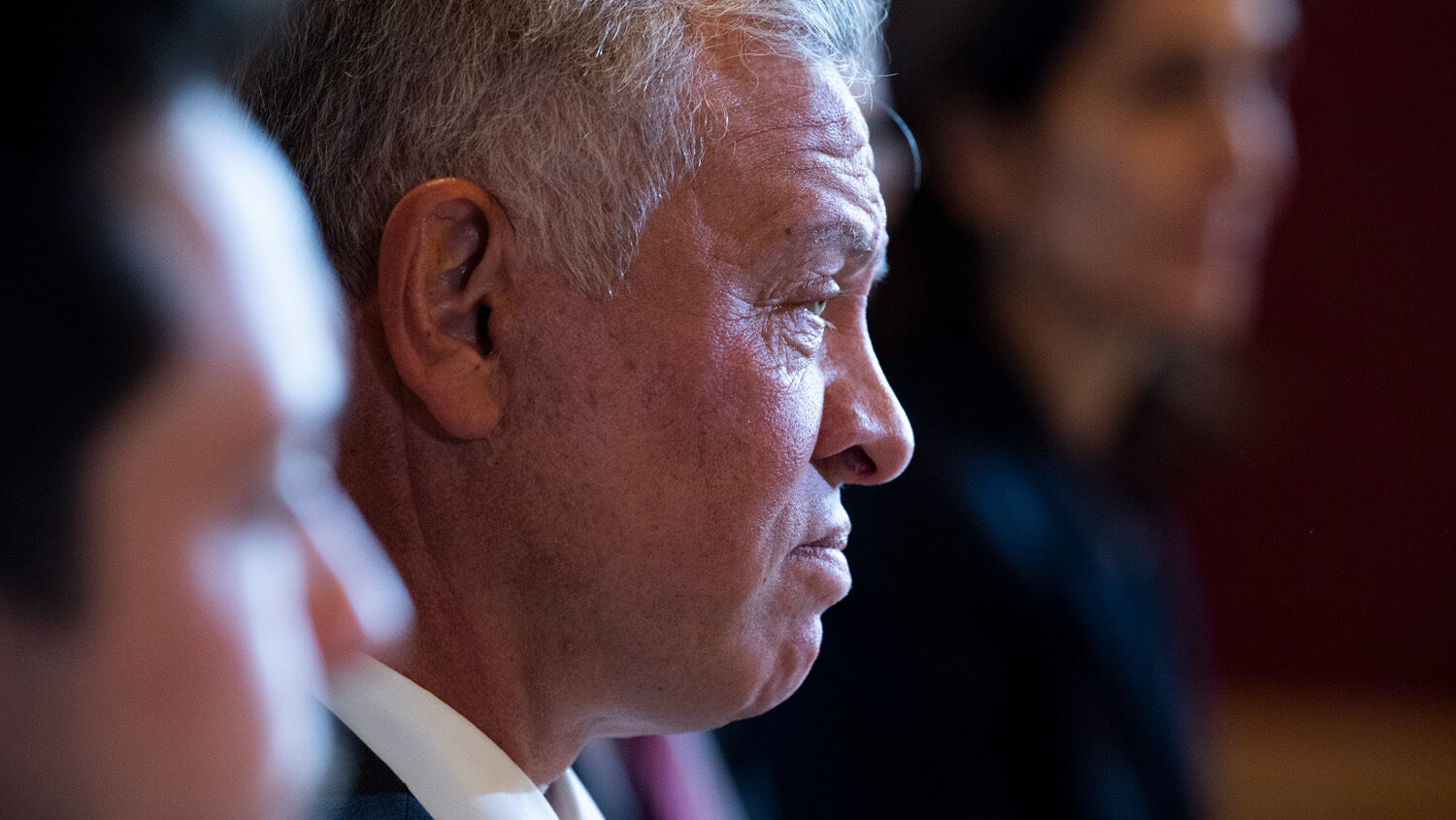 Can one of the world’s most divided regions form such an alliance?

When asked if he thought the world needed a nato for the Middle East, Jordanian King Abdullah ii had an interesting response. “I believe you can build a nato with like-minded countries,” he said in an interview published June 25. “I would be one of the first people that would endorse a Middle East nato.” A few years ago, such an idea would have been laughable. The Middle East has been arguably the most contentious, divided and war-torn region post World War ii.

nato’s “purpose is to guarantee the freedom and security of its members through political and military means,” according to its website. It achieves this through Article 5, which states that an attack on one of its members is an attack on all. So, nato is a collective defense treaty. It was formed after World War ii in response to the threat posed by the Soviet Union. Without a threat great enough to unify against, there is no reason for countries to either form or join such an alliance. An example of this would be Finland and Sweden’s sudden desire to join nato after Russia invaded Ukraine. They see Russia as a real, tangible threat; so they are seeking the protection a nato membership would afford.

So, the real question isn’t whether a Middle East nato is possible, but is there a threat great enough to bring it about?

Up until recently, the only cause that united these Middle East countries militarily was Israel. Since declaring independence in 1948, Israel has been attacked repeatedly by its Arab neighbors. This infamously resulted in many Muslim countries adopting the “Three Noes” in 1967: No peace with Israel, no recognition of Israel, and no negotiations with it.

Considering this history and knowing the fierce hatred many Muslims still have for the State of Israel, one would assume that a hypothetical Middle East nato would be everyone vs. Israel. But that isn’t what’s happening today. Rather than uniting against Israel, much of the Middle East seems to be uniting with Israel.

In 2020, Israel, the United Arab Emirates and Bahrain signed normalization agreements in what became known as the Abraham Accords. Since then, Jordan, Morocco, Oman and Sudan have also signed accords with Israel.

Israel’s relationship with Turkey has been warming steadily this year. In March, Israeli President Isaac Herzog met with Turkish President Recep Tayyip Erdoğan. In May, Turkey’s foreign minister made a trip to Israel, the first such visit in 15 years. Then in June, Israeli Foreign Minister Yair Lapid met with his Turkish counterpart to discuss returning ambassadors and finalizing the two countries’ normalization.

That same day, senior diplomats from several Arab allies, Israel and the U.S. met in Bahrain. They agreed to efforts to “build what we like to call a regional architecture, which is both military and civilian in its character …,” according to an Israeli diplomatic official. The next day, the Jerusalem Post cited foreign reports showing that Israel plans to deploy radar systems in the U.A.E.

All this comes as the backdrop for upcoming potentially historic talks involving America, Israel and Saudi Arabia. These talks might help forge a bridge between Saudi Arabia and Israel, which have never had diplomatic relations.

But this movement of reconciliation and normalization isn’t exclusively with Israel. On June 22, the Saudi crown prince visited Turkey for the first time since the 2018 murder of the journalist Jamal Khashoggi. This was the last stop on his Middle East tour that included stops in Egypt and Jordan. Only three days later, on June 25, Egypt’s president held talks with the visiting Qatari Emir. This was his first visit since Egypt cut off relations with Qatar in protest of its ongoing support of the Muslim Brotherhood.

These are only a few examples of the increasing cooperation occurring in the region. What is driving these historically bitter rivals, enemies and disparate nations together?

Both Egypt and Turkey are experiencing severe economic problems and inflation. But this doesn’t explain the increased military cooperation, nor the idea of a Middle East nato. Again, such an alliance is driven by a great threat. Who or what is that threat? Iran.

The threat Iran represents is outweighing the hatred these nations have for Israel and the differences that separate them. Iran is the world’s number one sponsor of radical Islamic terrorism and is on the verge of obtaining nuclear weapons. Iran also exports thousands of drones and missiles to its various proxies and destabilizing elements all over the region. This is why many in the Middle East are so eager to create an air defense alliance.

Because of Iran’s pushy foreign policy, a Middle East nato is not only possible but, as long-time readers of the Trumpet know, something we’ve forecast for 20 years.

In the June 2003 issue of the Trumpet magazine, editor in chief Gerald Flurry wrote in “A Mysterious Alliance” that many of the Arab nations mentioned above would eventually come together. How could he have made such a forecast? By relying on a prophecy found in the book of Psalms. “For they have consulted together with one consent: they are confederate against thee: The tabernacles of Edom, and the Ishmaelites; of Moab, and the Hagarenes; Gebal, and Ammon, and Amalek; the Philistines with the inhabitants of Tyre” (Psalm 83:5-7).

But these Arab nations are not alone: “Assur also is joined with them …” (verse 8). Who is Assur? It is another name for Assyria, or Germany. Germany will join with these nations and lead this alliance. But if this alliance is to counter or destroy Iran, why is Israel absent from this prophecy? It’s not; in fact, Israel takes center stage, just not in the way you would think.

“For, lo, thine enemies make a tumult: and they that hate thee have lifted up the head. They have taken crafty counsel against thy people, and consulted against thy hidden ones. They have said, Come, and let us cut them off from being a nation; that the name of Israel may be no more in remembrance” (verses 2-4). In “Why the Trumpet Watches an Alliance Between Arab Nations and Europe,” we explain that “this prophecy reveals a crucial truth: This alliance is primarily and ultimately concerned not with countering Iran but with destroying Israel.” So, while Germany will use this alliance to destroy Iran, its primary goal will be to wipe out Israel.

As many Bible commentaries point out, this alliance has never appeared in history to destroy Israel. This can only mean that this prophecy is for the end time. This conflict in the Middle East will be the spark that finally ignites the third and final world war. The Bible explains why such a war will break out and its inspiring, positive conclusion. To learn more about these prophecies, read “Why the Trumpet Watches an Alliance Between Arab Nations and Europe.”