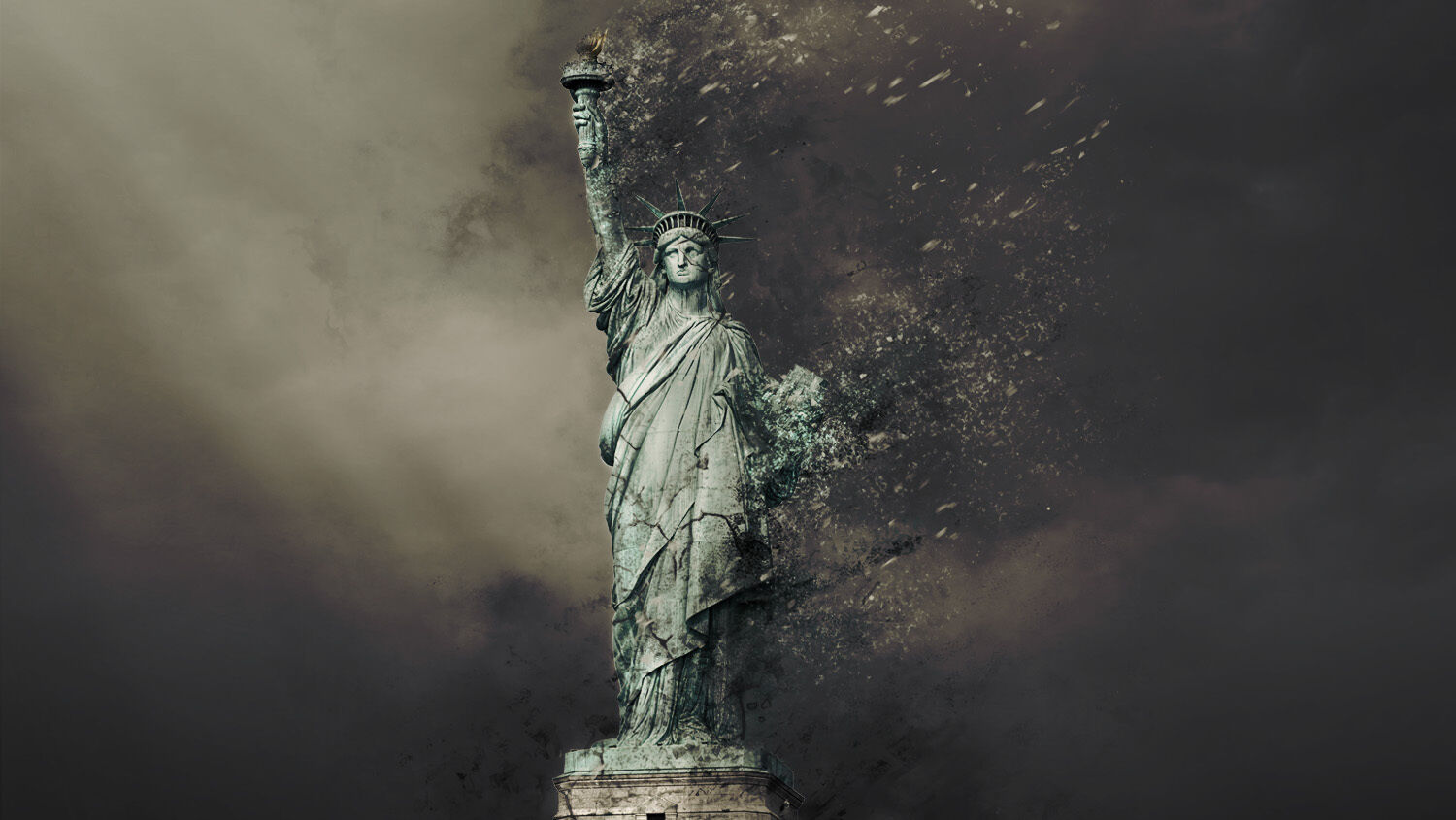 American politics feel surreal. The nominal leader of the world’s superpower is an elderly career politician, whom one third of voters believe took office through election fraud, and whom many realize is not in control of his own administration. But this government is not aimless. It is conducting a focused attack on every principle, tradition, institution and virtue that has made America historically exceptional. It is inviting illegal immigration, sabotaging energy production, wrecking the dollar, demoralizing the military, igniting racial hatred, encouraging amorality, erecting tyranny, and demolishing Americans’ rights and freedoms. America is not being conquered by a foreign enemy—yet. It is being strangled to death by its own leaders.

Across the globe, people are asking: What has happened to the United States of America? The greatest, wealthiest, most powerful nation in world history has suddenly become radicalized, divided and weak—fundamentally transformed.

My new book, currently at the printer, exposes the real cause for this crisis. The damage traces back to one man more than any other. He has radicalized American politics and society, wielding a certain power unlike any other politician in the nation’s history.

This book shows you who, how and why. It answers the questions you and many others have struggled to resolve: Where is this coming from? How is it so powerful? It reveals an unseen force that has been driving this attack.

We start by examining crucial evidence too many people have overlooked: the personal history and beliefs of the man most responsible for this transformation. When this man first ran for president, even experienced journalists succumbed to his mesmerizing effect. “When they’re near him, they lose their minds sometimes,” the late journalist Michael Hastings said. “They start behaving in ways that are juvenile, and amateurish, and they swoon.” Focusing on his political acumen, his eloquence and his race, these journalists avoided reporting on his past, his principles and his purposes, and thus actively helped him take the highest office in the land, twice.

Only the Bible shows this reason. This crisis in America was actually prophesied. The Bible describes it as “bitter affliction.” This book unmasks the dangerous spirit causing this affliction. It shows the crucial role that Donald Trump is fulfilling in confronting this attack. And it provides perspective on the presidency of Joe Biden, who is effectively a front man for a third Obama term.

This book is a large expansion of my 2013 booklet by the same title: America Under Attack. It examines in documented detail how this man has exercised and is exercising his radical will over America. Even if you have read the previous version of America Under Attack, I encourage you to order this greatly expanded version.

Today we have posted the online version of the book for the first time. You can read it online, but I invite you to preorder your own printed copy, which we will send to you once we receive it at the beginning of August. (All of our online and print literature is completely free.)

No other book is like this. No other book provides advance news of how God will relieve this affliction and save the nation from being blotted out—to give America its last warning.