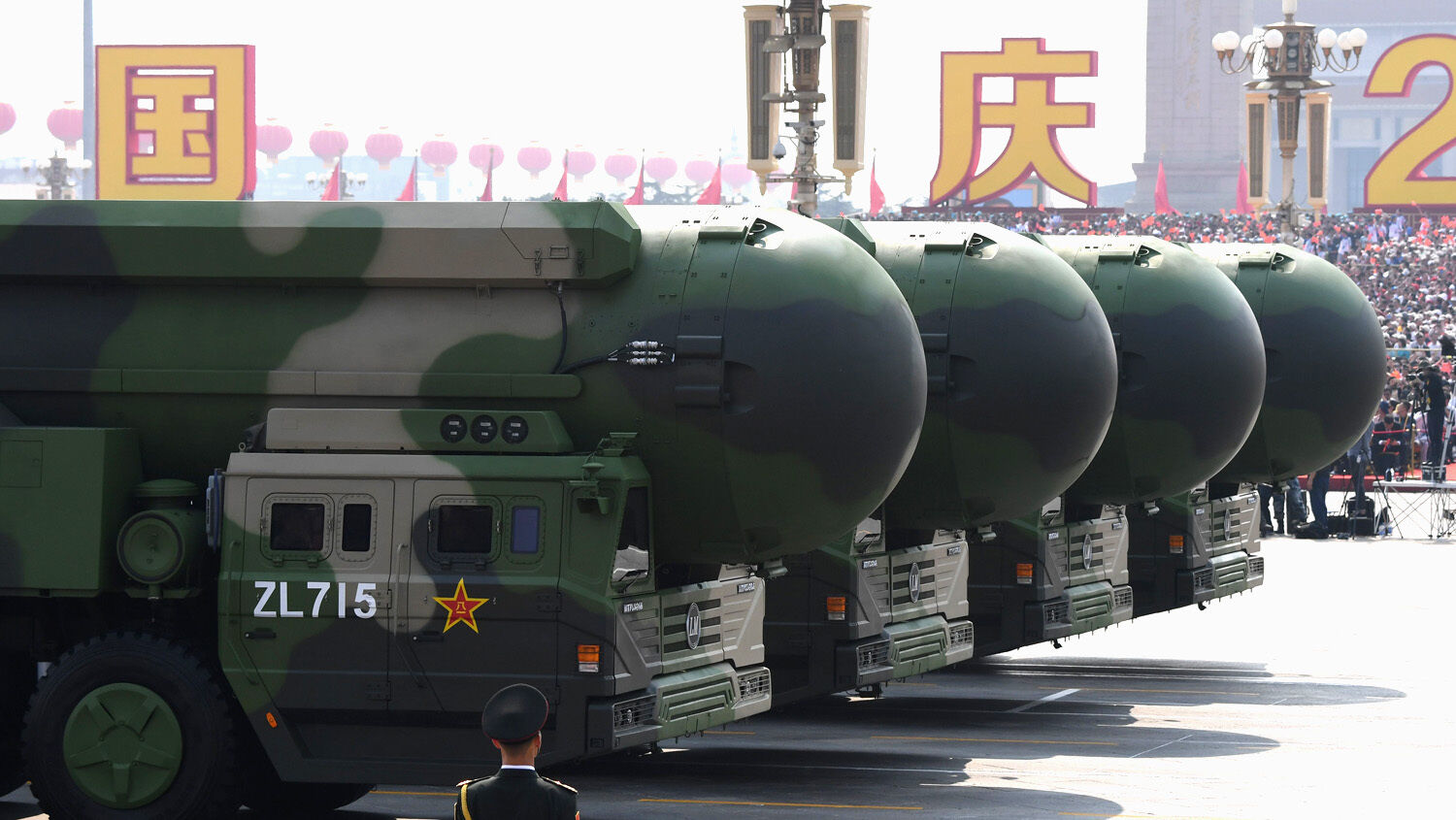 We are again in the age of a global arms race. The Stockholm International Peace Research Institute (sipri) warned on June 13 that nuclear states “are super busy modernizing their arsenals. Both to extend the versions they have, but also to introduce new kinds. Countries are beginning to adhere more importance to nuclear weapons.” India, Pakistan and North Korea are also in this nuclear arms race. sipri researcher Hans Kristensen, who is also director of the Nuclear Information Project at the Federation of American Scientists, concluded: “We are living in a new era of nuclear risk.”

While Russia and the United States have the largest nuclear arsenals, China is racing to catch up. With the help of the U.S., Germany is also becoming a formidable nuclear power.

sipri researchers identified some 300 newly built silos for ballistic missiles in China in the last 24 months. “The Chinese increase is the most significant buildup in the world right now in terms of numbers,” said Kristensen. “It’s completely unprecedented by Chinese standards. We don’t know why China is doing this for the simple reason that China doesn’t want to talk about it.”

While Russia has been the most vocal about possible nuclear war, observers are even more concerned about China’s secret nuclear build-up. Meanwhile, Germany is almost celebrated for increasing its nuclear deterrence.

In February, it was announced that Germany will purchase 35 new F-35s from the U.S. “The Air Force plans to base all 35 F-35A to be procured at Büchel Air Base after progress/completion of construction work,” a spokesman for the German Armed Forces’ Federal Office for Infrastructure, Environmental Protection and Services said in Bonn on June 11.

Additionally, starting in 2023, “the nuclear weapons in Büchel are to be replaced by the new B61-12 model,” Deutsche Welle reported. The U.S. is spending about $10 billion to modernize its nuclear bombs in Europe to enable them to be guided to their target with a variable yield ranging from 0.3 to 340 kilotons.

Due to Russia’s aggression and the world’s nuclearization, few are concerned about Germany’s military buildup. Yet in “America’s Naive Trust in Germany,” Trumpet editor in chief Gerald Flurry wrote:

How naive America is to entrust this immense firepower to nations that so recently—and throughout history—have proved to be enemies of the free world! …

Right now, Germany seems to be an ally of the United States. But what if this nation—our archenemy in World Wars i and ii—turned against us in the next war?

Germany claims to be an ally. Yet Europe is sending Russia more money now than it was before the Ukraine invasion! Germany has led all of Europe to refuse to boycott Russian oil and gas. They’re not even taking simple steps to reduce the money they send Russia. Is Germany really acting like an ally, especially one America can trust with the most destructive weapons ever produced?

America trusts Germany, but history screams that it shouldn’t!

The trust America is placing in Germany is absolutely condemned by the Bible. Why? Because it is trusting other nations rather than trusting God.

The Allies pledged to demilitarize Germany after World War ii. But now America is equipping Germany with nuclear weapons capable of starting World War iii. If history’s warning wasn’t chilling enough, the Bible reveals that Germany will use these weapons. Jesus Christ Himself warned that “great tribulation” would afflict our world (Matthew 24:21). This time would be so terrible that no one would survive if He didn’t return to Earth to stop it (verse 22). God is wrathful with His people, and He is using Germany, ancient Assyria, to correct them. “O Assyrian, the rod of mine anger, and the staff in their hand is mine indignation” (Isaiah 10:5). God knows Germany’s warlike tendency and will use it to correct His people. But He is giving mankind a chance to repent today.

I encourage you to request a free copy of Mr. Flurry’s booklet Nuclear Armageddon Is ‘At the Door’ to learn why we should take the nuclear threat more seriously today. Also read “America’s Naive Trust in Germany” to learn why we need to watch Germany in particular.