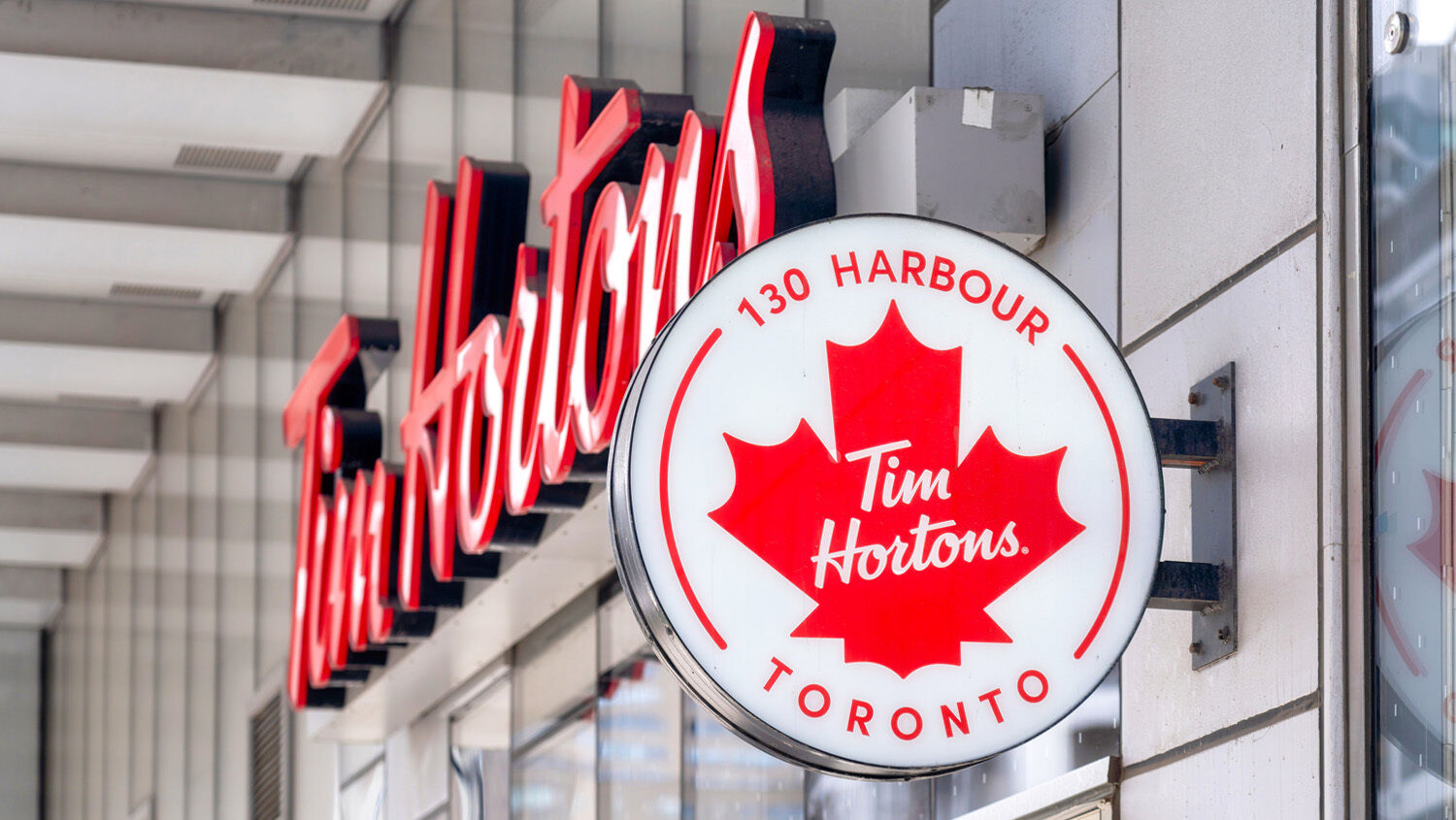 If a coffee app knows where you sleep, work and travel, who else does?

You might be one of 6 million Canadians who have the Tim Hortons app on your smartphone. The app is very convenient, allowing you to collect points, pay for food and drinks, route your order to the nearest Tim Hortons, and participate in the great Canadian pastime of “Roll Up the Rim” to win sweepstakes. But it has been revealed that the Tim Hortons app knows exactly where you live, work, travel and shop.

James McLeod wrote at the Financial Post that after he became aware the Tim Hortons app was tracking his location, he filed a freedom of information request for the data the app collected from his smartphone. The results are shocking. “From my home to my office to a Blue Jays game at Rogers Centre, even all the way to Morocco, where I traveled on vacation last June, the company’s app silently logged my coordinates and relayed them back to its corporate servers,” wrote McLeod. “According to the data, Tim Hortons had recorded my longitude and latitude coordinates more than 2,700 times in less than five months, and not just when I was using the app.” That is an average of 18 location captures per day.

Tim Hortons uses Radar Labs Inc. for location tracking services. Radar Labs claims that at times it pings phones as often as every five minutes. “Even the most benign batches revealed an impressive level of detail. … For each interaction, the app recorded that I was using a Pixel 3XL running the Android operating system. The app routinely logged my IP address, Android Advertising ID and carrier (Telus) and that I had enabled Bluetooth.”

But it is the location data logged by Radar Labs that reveals how these companies record, analyze and understand our patterns of life. McLeod continued:

Those sections contained longitude and latitude readings, as well as a series of other observations, indicating rbi [Restaurant Brands International, Tim Hortons’s owner] was using at least two of Radar’s products: “Places” and “Insights.”

Using Places, Radar generated a json [JavaScript Object Notation] batch when the app thought I was at one of Tim Hortons’s competitors. There are snippets in the json code that read “event_name: user.entered_place,” and, a couple lines down, “place_chain_name: Starbucks.”

In other words, the app monitors and records whenever a user enters a competitor’s business.

According to McLeod, “the json data lists 582 ‘radar_insights_state_home:True’ statements in about four months from June to early October, which suggests the company believed I was at home each time one of those batches was logged in rbi’s servers.” Based on the pattern of McLeod’s life, Radar Labs was able to determine an area of coordinates and designate in the system as “home” and even recorded where McLeod’s work desk was at his office.

“Radar Insights also created an event every time I traveled more than 100 kilometers from my home,” writes McLeod. “The app recorded my location 28 times at my parents’ farm in rural Ontario, a 20-minute drive from the nearest Tim Hortons. It also tracked me in August to a location near a hotel in Winnipeg, where I was staying when I visited Manitoba for my cousin’s wedding.” It even tracked McLeod when he traveled internationally. While near the coast of the Netherlands, the data set read: “event_name: user.started_traveling.”

Why would Tim Hortons need to know all of these details?

This is only one example of how a coffee app collects personal information. What about all the other apps on your phone? What kind of information are they gathering from your phone and sending to a big data third party, which then analyzes and understands your pattern of life? If the Tim Hortons app is doing this, it is reasonable to assume most apps follow a similar modus operandi.

One of the apps that gathers the most location information is Google Maps. If you have Google Maps location history enabled, your travel information is shared with Google, who uses it for large-scale analysis and will even send weekly reports of where you traveled. Google has used this data to create the covid-19 Community Mobile Reporting, which is a publicly available service to look at travel patterns in each country and region during the lockdowns. You can go to this website right now and look at mobility reports for where you live.

If you live in Canada, the surveillance doesn’t stop with Tim Hortons. The Canadian government has been tracking Canadians for the past two years.

In December 2021 the Public Health Agency of Canada admitted to tracking 33 million cell phones during the pandemic. “In response to the pandemic, the Public Health Agency of Canada (phac) used mobility data to assess population mobility patterns,” the report states. “Mobility data consists of aggregated indicators derived from cell-tower/operator location data, or in some cases aggregated and de-identified gps location data, that allow for an analysis on the mobility (or movement) of populations in Canada.”

Dr. Theresa Tam, Canada’s chief medical officer, and other top phac officials stated that mobile tracking was essential to monitoring behavior during lockdowns and tracking infections and possible sources of outbreak. phac was caught posting a contract online for mobile phone location tracking for the government. A House of Commons Committee report has revealed more details showing the government of Canadian Prime Minister Justin Trudeau has been tracking Canadians from the very start of the pandemic.

The parliamentary report reveals that only 12 days after the World Health Organization declared covid a pandemic, on March 23, 2020, Trudeau’s government entered into a contract with BlueDot to track Canadians’ cell phones. BlueDot is a company that provides disease tracking and analysis. The contract with phac was to use anonymous cell phone data (known as anonymized data). The report explained:

Alex DeMarsh, director of data science with BlueDot, … explained that, when BlueDot receives data from an individual device, it contains only an approximate location and a time stamp (no identifying information). He clarified that the reference to a “home” in BlueDot reports is the primary location of the device. The analysis aims to distinguish between devices that are staying close to their primary location and those that are moving about as a proxy for contact rates in the population.

This sounds similar to the information Radar Labs was gathering from the Tim Hortons app.

The BlueDot analysis allowed the Canadian government to see how often and how many people visited certain businesses, visited with families and friends, and if people were traveling during lockdowns. Dr. Tam testified that the data was used to determine where outbreaks occurred, how well people were adhering to public health measures, and mobility patterns of Canadians. The contract with BlueDot lasted from March 26, 2020, to March 18, 2022. That means when you were locked down at home and restricted in where you could go for the past two years, the government had the ability to see if you were complying or not, and if you were part of an “outbreak” event. While this data is presented anonymously in reports to the government, other data sources can easily unmask this data and identify specific individuals.

The surveillance doesn’t stop there, however. On April 21, 2020, the federal government entered into an agreement with Telus to use its Data for Good program. Data for Good uses cell phone data to analyze population centers and provide insights to the government. The Telus website cites two case studies on how Data for Good was used in urban populations. The Surrey, British Columbia, case study “provided information associated with the city’s tourist and citizen counts, including congregation patterns and duration, where visitors are coming from, and popular destinations for people throughout the city based on certain times of the year, contributing to potential risk areas and event patterns.”

The Telus data may have given different insights because Telus is one of the four nationwide carriers in Canada and does not have to rely on geolocation data. The Conversation wrote: “Telecommunications providers like Telus … know where cellphones are located by triangulation from the cell towers to which each phone connects. The data is a commodity and they share it, in anonymized form, with others, including academics. Smartphones can also use the global positioning system (gps) or their connection to Wi-Fi access points to collect location data and share it with companies to receive customized services, like navigation or recommendations.” While triangulation is more labor intensive than other methods, it can track all types of cell phones, not just smartphones with gps capabilities. Cell phone carriers collect this data and share it with other third parties, not just the federal government.

Trudeau shared the Telus and BlueDot reports with provincial governments. This adds another layer to the suffocating enforcement that Canada’s health bureaucracy and police imposed on Canadians during the pandemic. How many family gatherings were disrupted? How many church congregations had police and health inspectors show up because of this data? How many times was your life disrupted because the government knew everything you did? Given the scale and scope of the data, these are questions that need to be asked.

Many people enjoy smartphones because of the ease and convenience they offer, but at what cost? For smartphones, the cost of convenience is the loss of freedom.

The implications of the data streams the federal government had access to means they know your pattern of life: where you live, work, spending habits, personal contacts and travel patterns. The data has recorded where your closest family members are, where your church congregates, and other discreet information you consider private. There are ways to minimize the data shared from your phone, but covid has proved to be a gold mine of data for tracking Canadian citizens. The government intended to track Canadians for at least another five years, but it allowed its contracts with Telus and BlueDot to expire after they were made public. But the damage has already been done.

This sort of surveillance and tracking is not about the good of society. It reveals the ugly tyrannical agenda of Trudeau’s radical-left government. Trumpet editor in chief Gerald Flurry wrote in “Why Your World Is Changing So Suddenly”: “Our world has never changed so dramatically so rapidly. Leaders in politics, business, education and media are ignoring the law, violating freedoms, and enforcing radical policies on unwilling people. They are turning coronavirus, the environment, race and other issues into weapons for forcing through their agenda. This is already affecting all of us—but believe it or not, much worse is coming.” This sort of state surveillance is just the beginning of how the radical left wants to control your life, but it is also exposing them. Mr. Flurry continued:

In this process, the true agenda of the radical elites is being unmasked. This is not incompetence. This is not a good-faith attempt to improve people’s lives. This is an intentional agenda from an evil motive to deliberately destroy what little good is left in our societies. Many of our leaders hate the principles that many of us cherish: free and fair elections; rule of law; honoring law enforcement; schools respecting parents and protecting the innocence of children; harmony among races; marriage and family; individual liberty; human dignity; freedom of thought, speech and religion.

Only Bible prophecy can explain the real cause of our eroding freedoms, radical governments and bitter affliction consuming our nations. The Bible also offers the solutions that are filled with real hope. To learn more, please read our free booklet America Under Attack.