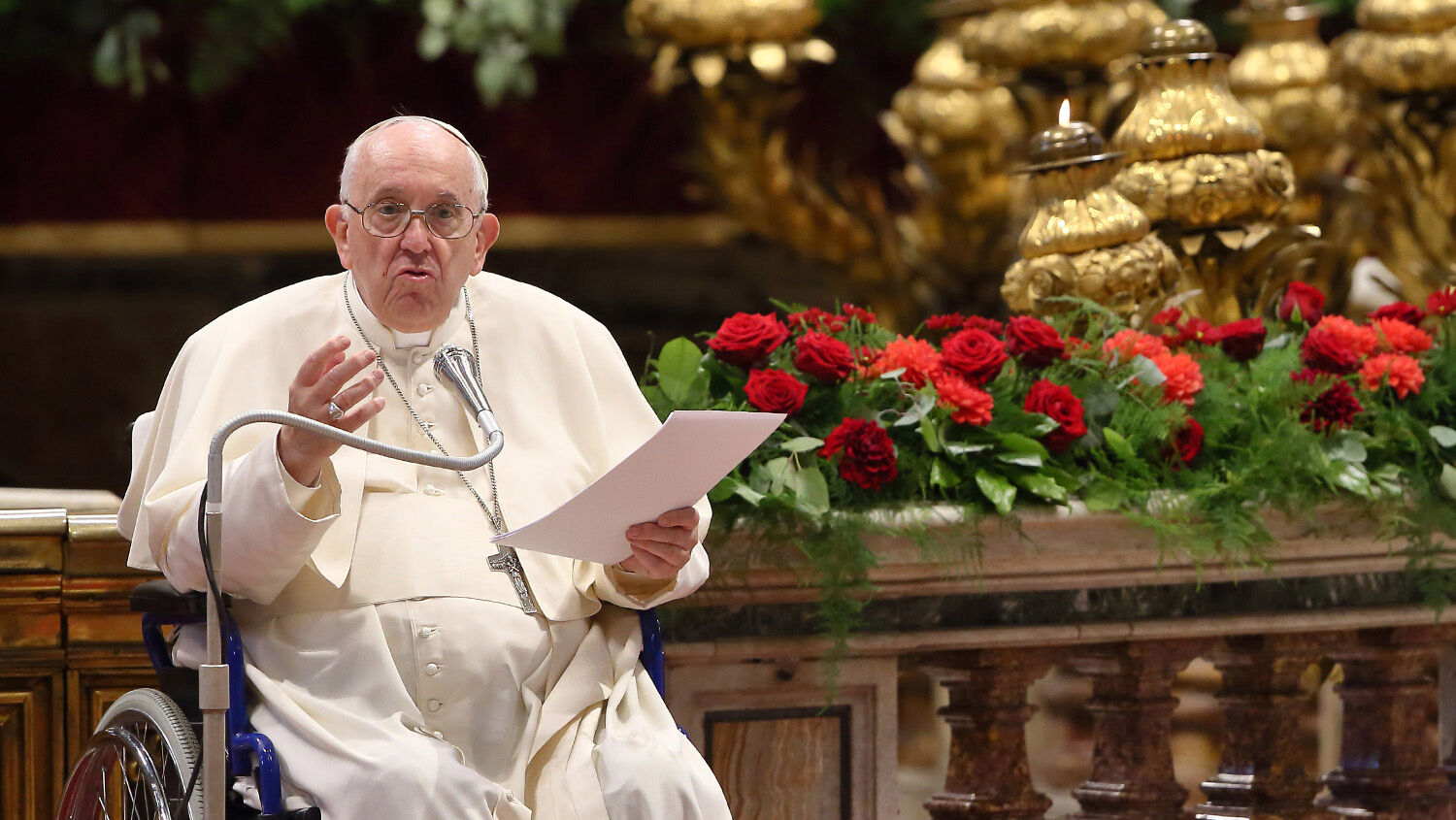 “Unity is harmony in the diversity of the charisms bestowed by the Spirit,” Pope Francis told the Pan-Orthodox delegation of priests and monks of the Oriental Autocephalous Churches on Friday, June 3. The churches primarily in the Middle East and Africa have often faced heavy persecution and have been separated for centuries from the mother church in Rome. Francis reminded the delegation of the Catholic Church’s goal toward “full unity” by centering his speech around this theme.

“The first thought is that unity is a gift, a fire from on high,” Francis said tying the theme of unity to Pentecost celebrated on the weekend. “Certainly, we need constantly to pray, work, dialogue and prepare ourselves to receive this extraordinary grace. Yet the attainment of unity is not primarily a fruit of earth, but of heaven. It is not primarily the result of our commitment, our efforts and our agreements, but of the working of the Holy Spirit, to whom we need to open our hearts in trust, so that he can guide us along the path to full communion. Unity is a grace, a gift.”

The Oriental Orthodox Churches represent approximately 60 million members worldwide. They share a common heritage with the Catholic Church and the Eastern Orthodox Church but have rejected some of the decisions made in ecumenical councils—which caused them to develop rather independently since the fifth century. In the 20th century, ecumenical meetings resumed but without a major breakthrough.

Being among one of the earliest churches that split from “unity” with the Roman Catholic Church, Francis’s desire to heal the divide is understandable. In November 2020, Pope Francis told Ecumenical Patriarch of Constantinople Bartholomew i that he believes Catholics and Orthodox Christians will again attain full communion. But at this point, the various Orthodox churches are not even in full communion with each other.

Despite centuries of failed attempts to unite dissenting groups, the Catholic Church hasn’t given up. These efforts to unite so-called “Christian” churches under its rule matches the prophetic description of a woman in Isaiah 47.

“And thou saidst, I shall be a lady for ever …. I am, and none else beside me; I shall not sit as a widow, neither shall I know the loss of children” (verses 7-8). A woman is used as a symbol for a church in the Bible. For example, Ephesians 5:23-33 and Revelation 19:7 describe God’s true Church as a woman, or bride, who will marry Jesus Christ at His return. But Isaiah 47 is not referring to God’s true Church.

Verse 1 shows that this church claims “a throne” but that God will strip it of its authority. The Catholic Church is the only church that claims a throne; it even receives ambassadors from countries around the world. Furthermore, Isaiah 47 refers to the church as the “daughter of Babylon.” The Roman Catholic Church adopted the Babylonian mystery religion (explained in detail in Herbert W. Armstrong’s book Mystery of the Ages; request a free copy).

In this prophetic vision, this church is recorded saying: “I am, and none else beside me.” This mother church will not tolerate any rivals. The Bible indicates the Catholic Church will be able to achieve this goal, albeit for a short time. To learn more, read “Returning to the Fold.”