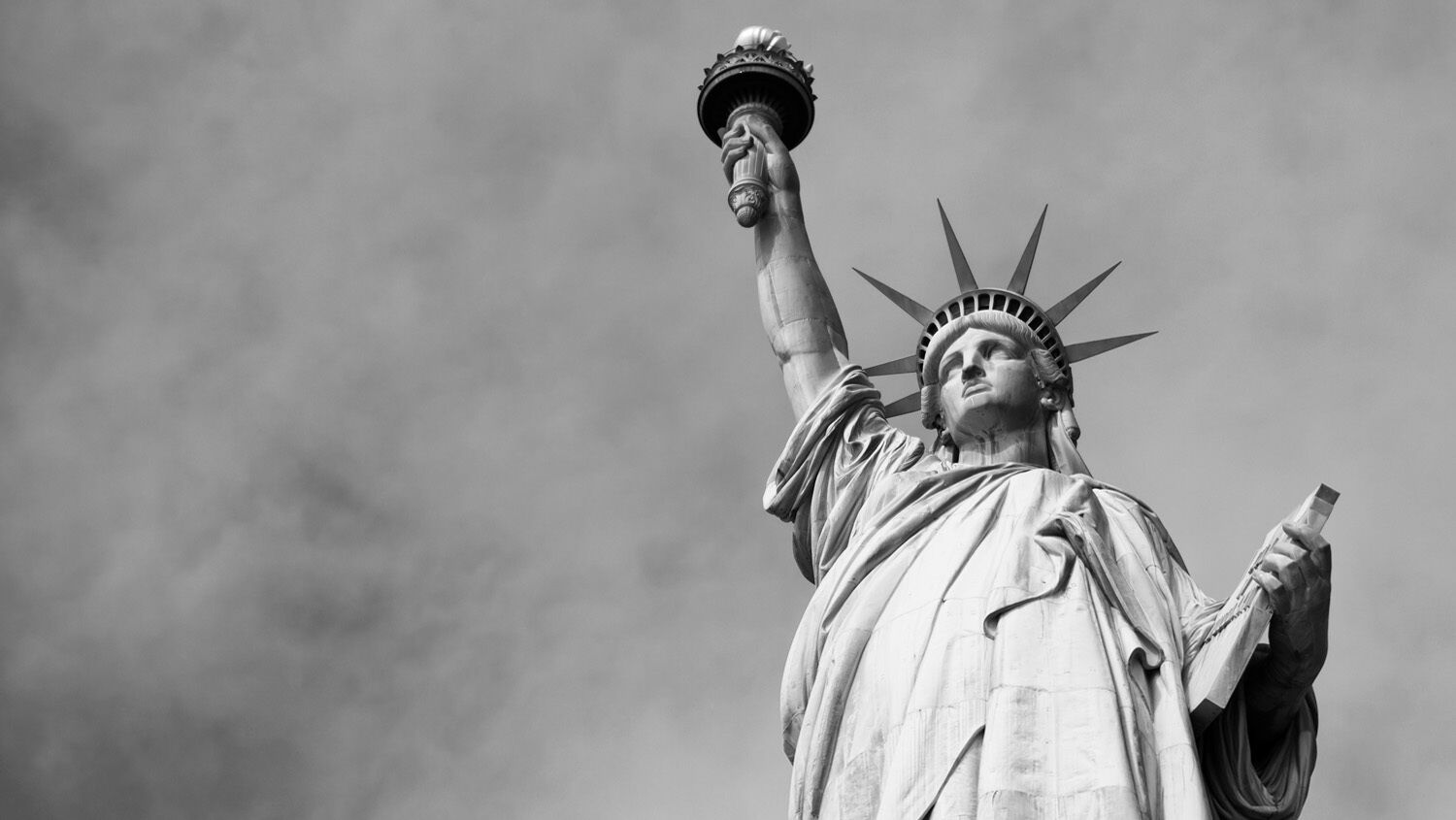 New York City might be America’s most iconic city. Its towering skyscrapers harken back to a time when the young republic was exploding with industrial growth and wealth. Oftentimes, New York was an immigrant’s first impression of America as he crossed the Atlantic and arrived at Staten Island. The city is a symbol of the prestige of the nation, the heart of financial America. Yet this symbol of pride and power is being overwhelmed by crime.

“New York City is mired in a frightening swamp of violent crime,” wrote Seth Barron at City Journal. “Assurances from proponents of criminal-justice reform that there’s nothing to worry about, as the crime rate is still well below early 1990s levels, ring hollow.” All the major crime indexes increased throughout 2020, and an outburst of gun-related murders have rocked the city. In just one year, there has been a 40 percent increase in homicides.

It is not just the amount of crime, but the cruel nature of the crimes. “In recent months, a series of depraved acts has shocked even the most jaded New Yorkers,” continued Barron. “On January 16, Martial Simon, a mentally ill career criminal, shoved Michelle Go into the path of a subway car, killing her. Simon did not know his victim, and the media and the police generally labeled the incident a ‘random’ attack.” Barron then lists other incidents:

A few weeks later, Dorothy Clarke-Rozier, a middle-aged grocery store employee, was on her way to work before dawn when she was suddenly stabbed to death by Anthony Wilson, who was described as emotionally disturbed and noncompliant with his treatment regimen. “It was random,” reported the police. “He was a stranger to her. No relation.”

In mid-February, Christina Yuna Lee was followed into her Chinatown apartment and murdered by Assamad Nash in what was termed a “random” assault. Nash had been arrested seven times in the previous nine months.

In March, Gerald Brevard, a mentally ill man, shot three homeless people in Washington, D.C., before traveling to New York City and shooting two more. Brevard was previously charged in 2018 to a year in prison for assault with a deadly weapon, but the sentence was suspended. Only one month later Frank James, who was on a Federal Bureau of Investigation watch list, used an improvised smoke bomb and shot 10 people. James is a radical black nationalist.

New York City Police Department statistics show that in April 2022 there were 31 murders, 109 rapes, 1,261 robberies, 2,044 felony assaults, 1,209 burglaries, 3,867 grand larceny, and 942 grand larceny auto. Believe it or not, April was an improvement in the crime statistics over March 2022. Some of these numbers are also underreported.

The New York City subway stations are another area where lawlessness has multiplied. Not only have there been violent shootings, but fare evasion and fraud are rampant. Many of the individuals who commit violent crimes are habitual fare evaders who are not punished. If police enforced the law and judges upheld sentencing, most of the murders could have been prevented. The Metropolitan Transportation Authority revealed that 12.5 percent of subway users are not paying fare.

There is a clear theme between all these examples: The crimes are being committed by career criminals who were never prosecuted or whose sentences have been commuted or suspended, or by people who are mentally unstable. New York City has always had to battle crime and corruption, but this level of violence reflects a disturbing shift in society. The denigration of law and order is the result of deliberate policies undermining police and allowing criminals to walk the streets.

As New York and other cities suffer under the epidemic of violent crime, who is responsible for implementing these destructive policies? The attack on police has been orchestrated by Barack Obama. The spark that lit the fire was the weaponization of a series of deaths of black men who were in police custody or being arrested. These deaths were used by an opportunistic Obama to push forward an agenda.

In the August 2015 Trumpet magazine, editor in chief Gerald Flurry warned in the article “Police Under Attack” of this dangerous direction in America:

President Barack Obama has said he wants to make the issue of race and law enforcement a priority for his remaining time in office. What will be the outcome of that effort? … The results are inciting evils that are quickly becoming far worse than those they purport to solve! The nation’s police are being undermined in ways that will prove devastating to our cities in particular.

America’s law enforcement is under attack. On one side people in communities are developing a mistrustful, hostile, antagonistic attitude, yelling at police, assaulting and even killing officers in some cases. Police are pulling back from doing their jobs for fear of attack, or losing their jobs or going to prison for doing anything that could be perceived as racist. On the other, the federal government is undermining local law enforcement and stripping it of power in an effort to centralize policing power on the federal level.

You need to recognize just how dangerous these trends really are.

The deaths of Trayvon Martin, Freddie Gray, George Floyd and others were used to incite racial tensions and violence. This not only sparked waves of riots and violence across America, but also the movement to defund the police. One of the leading voices of this movement was former New York City Mayor Bill de Blasio.

During the 2020 race riots, New York was the worst affected city. De Blasio blamed covid-19 and racism for the spike, but in reality, it was his lawless policies that enabled the criminals to rampage through the city. The Trumpet wrote in 2020: “In reality, the spike in killings aligns with de Blasio’s decision to disband 600 anti-crime units and his new policy on bail reform, which allows criminals to go free before their paperwork is filed. De Blasio and the city council aim to cut $1 billion from the city’s policing budget. He has also released prisoners from Rikers Island, and intends to continue doing so. Other changes, like banning police from putting a knee on a suspect’s back, have made it ‘difficult for officers to make arrests,’ according to New York Police Department Chief Terence Monahan. New York’s police are now ‘hesitating to enforce’ the law.”

Radical-left leaders in America have been attacking police, softening the penalties for violent crimes, and releasing criminals back into society. The radical left’s goal is to spark a violent revolution in order to complete the Communist transformation of the United States. Criminal behavior is being exacerbated by an epidemic of unstable thinking. Even though current New York City Mayor Eric Adams is increasing police funding and its presence on the streets, the damage has been done. There has been a shift to a lawless culture.

The Bible is full of examples of what happens to a society when it embraces lawlessness. The book of Judges is the bloodiest book in the Bible. It covers a time period when Israel rejected God’s law and “every man did that which was right in his own eyes” (Judges 21:25). For over 300 years, Israel suffered foreign invasion, civil wars and violent mobs. It became too dangerous to travel on the highways because of the thieves and murderers. This describes America today. Proverbs 14:12 warns that what seems right unto a man actually leads to death! The crisis of crime is a result of man trusting in man and rejecting God.

New York City is a case study into what happens to a society that embraces lawlessness. It is a case study into the fulfillment of Bible prophecy. These terrible curses are a consequence of our national sins; they are intended to bring about repentance toward God. Just like during the times of the Judges, God is trying to teach us that only His law and government will bring peace, stability and blessings into our lives.

To learn more please read “Police Under Attack” and our free booklet America Under Attack.