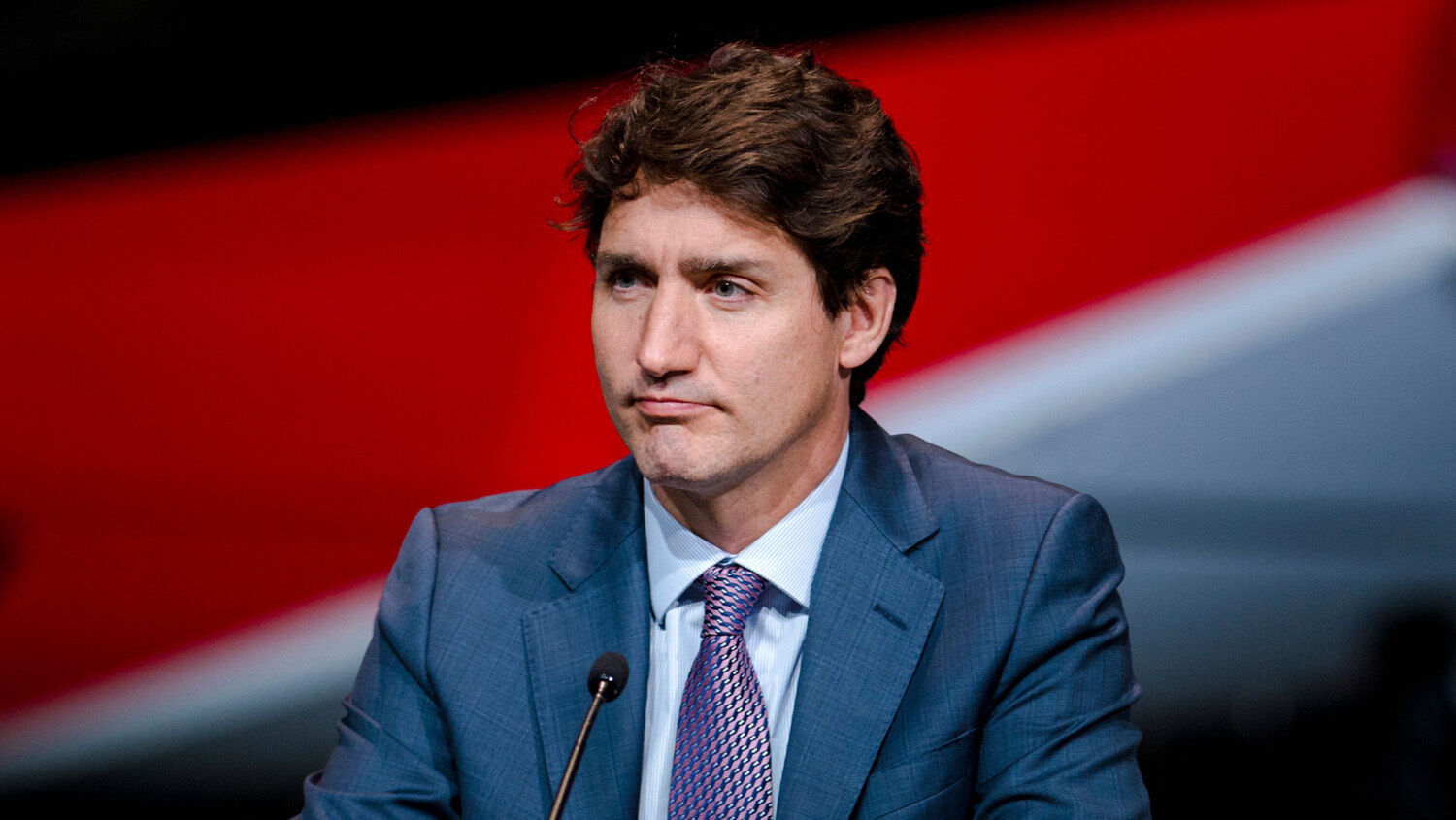 Will there be a Canada-America schism?

The Canadian intelligence community issued a new report warning that the United States is becoming a threat to Canadian democracy. cbc News wrote: “Canada’s intelligence community will have to grapple with the growing influence of anti-democratic forces in the United States—including the threat posed by conservative media outlets like Fox News—says a new report from a task force of intelligence experts.” The report was authored by former national security advisers, intelligence directors, ministers, ambassadors and academics.

The report reviewed Canada’s preparedness against national security threats, including Russia and China. Yet the experts put special emphasis on the growing threat from the United States. The report advises the government to rethink its relationship with America.

Thomas Juneau, codirector of the task force and an associate professor at the University of Ottawa, said that “cross-border connections between extremist groups are alarming.” cbc News quoted Juneau as saying: “There are growing transnational ties between right-wing extremists here and in the U.S., the movement of funds, the movement of people, the movement of ideas, the encouragement, the support by media, such as Fox News and other conservative media.” While white supremacy and right-wing extremism does exist, the report does not offer any concrete examples of actual extremism; it only uses examples of individuals who are challenging the radical left.

According to cbc, Juneau “pointed to state Sen. Doug Mastriano’s recent win in the Republican primary for governor of Pennsylvania. Mastriano is a well-known proponent of the lie that election fraud caused former President Donald Trump’s loss in 2020.” Canada’s national intelligence apparatus under Justin Trudeau’s administration views challenging the 2020 election as “democratic backsliding.” This places Canada’s radical-left government in direct opposition to the fulfillment of Bible prophecy.

The Trumpet has been exposing how America’s 2020 presidential election was stolen. Massive fraud was committed across the country in every voting process. Dinesh D’Souza’s documentary 2,000 Mules is merely the tip of the iceberg in exposing the election fraud orchestrated by Barack Obama and the radical left. (Please read “The Real Insurrection” to prove this for yourself.) This is the biggest scandal in American history, and the fake president is destroying the United States. Yet challenging this fraud is considered “democratic backsliding” and a threat to national security in Canada.

Why should the 2020 U.S. election matter to Canadians? Because whatever happens in America affects Canada. The Trumpet has pointed out how Trudeau’s government follows Obama’s radical-left agenda. This Obama vs. Trump conflict emerged in Canada during the Freedom Convoy protests. Trudeau’s use of the Emergencies Act only happened after the fake U.S. president, Joe Biden, urged Trudeau to use federal powers to break up the protests. Donald Trump publicly supported the Freedom Convoy.

President Trump sends a message to the Canadian truckers: “We are with them all the way!” pic.twitter.com/6DKHvOsGzo

The Canadian intelligence report is part of this radical-left attack on Trump. Trump’s return to power would disrupt Trudeau’s agenda for the Communist transformation of Canada. “The report points to the convoy protest that occupied downtown Ottawa in February and associated blockades in a handful of border towns earlier this winter,” continued cbc News. “What started as a broad protest against covid-19 restrictions morphed into an even broader rally against government authority itself, with some protesters calling for the overthrow of the elected government.” The report’s coauthor, Vincent Rigby, stated that this protest was fueled by American foreign interference. The facts show that, financially, Americans made a very small contribution to the Freedom Convoy—the main “interference” was Trump’s comments and Fox News’s coverage.

“During the convoy protest, Fox host Tucker Carlson—whose show draws in millions of viewers every night—called Trudeau a ‘Stalinist dictator’ on air and accused him of having ‘suspended democracy and declared Canada a dictatorship,’” cbc wrote. The truth is these statements are not encouraging right-wing extremism but exposing Trudeau’s corruption. The radical left view this as a threat because the Canadian mainstream media will not confront Trudeau’s agenda.

This conflict is part of a Bible prophecy.

Trumpet editor in chief Gerald Flurry has explained that Donald Trump will return to the presidency (see “What Will Happen After Trump Regains Power”). A Bible prophecy in 2 Kings 14 indicates that an end-time type of Jeroboam ii, fulfilled by Donald Trump, will temporarily save Israel. In Bible prophecy, Israel primarily refers to the United States, Britain and the Commonwealth nations (see The United States and Britain in Prophecy for proof). 2 Kings 14:28 indicates that Jeroboam will have to “war to recover something,” as Mr. Flurry wrote. “If God says President Trump is going to ‘recover’ something, then it will be recovered. Amos 7 also shows that war will be successful. And what could he recover, if not the stolen election?” There is a struggle being fought between Donald Trump and the radical left, led by Obama.

But Mr. Flurry wrote in November 2021 that the tide is turning against the radical left. This trend is taking place in America and Canada. This is the perspective you need to understand what is happening in Canada. But only Bible prophecy makes events clear.

This report from Canada reveals the radical left’s intention to preserve their power by creating a schism with the United States. This is entirely dependent on the narrative that the 2020 election, Trump and Fox News represent a threat to the nation. What helps is that the Canadian government and media have been building an anti-American narrative for generations.

“Are Canadians anti-American? The answer seems obvious enough. Of course we are,” wrote Policy Options. “J. L. Granatstein calls anti-Americanism Canada’s state religion. Frank Underhill, a major historian of an earlier generation, characterized Canadians as the ideal anti-Americans …. He mused that Americans are benevolently ignorant of Canada, while Canadians are malevolently knowledgeable about the United States.” It is more than a cynicism though; it is a deliberate narrative.

The early 20th century saw Canada try to replicate the American model of prosperity, as Policy Options wrote: “Canada wanted to be another United States, ‘the United States of Canada,’ a prosperous transcontinental nation bound together by tariffs, immigration and railways, just as the U.S. was.” The shared experiences of the Second World War, Korean War and Cold War led to a close national relationship between the nations until the early 1960s. The increase of anti-Americanism coincides with Pierre Trudeau becoming prime minister and the Communist infiltration of Canada.

It was during the early 1950s that the Canadian Broadcasting Corporation (cbc) increased anti-American programming as a way of preserving Canadian identity and culture. The powerful gravitational pull of U.S. pop culture was the main reason cbc was created. This increased under Pierre Trudeau’s policies. Policy Options wrote:

While still thinking of the United States a good friend, as we had done since the Second World War, Canadians easily fell back on the bromides that have propped up the national experiment since the days of the Loyalists. The Americans were violent, disorderly, venal. We were their antithesis. We were the tolerant, peaceful, multicultural, bilingual, moral superpower. We put the emphasis on our humanity, peacefulness, compassion and civility, while the U.S. boosted its size, efficiency, power and material prosperity.

Lest that seem immodest, there is a second act in the Canadian play. In that guise, we imagine the Americans to be everywhere and overwhelming. Canada becomes the polite, underambitious underachiever down the block or next door.

This narrative, parroted by the media, education and government, created small-mindedness in Canadians: Doing the opposite of America was considered the proper thing to do. There is now a certain visceral self-righteousness when it comes to viewing American events, politics, freedoms and culture. The radical left in Canada has used this narrative to push through laws that infringe upon rights and freedoms by juxtaposing Canada to events in the United States.

A perfect example is Bill C-21, which is radical gun-control legislation that would permanently ban the sale, import and transfer of handguns and mandate a buyback of all “assault-style weapons.” Following the horrific shootings in Buffalo, New York, and Uvalde, Texas, the Trudeau government is using these emotional and tragic events to pass this tyrannical law, despite no crimes being committed in Canada by legal gun owners. People will support the law partially because of this self-righteous, anti-American mindset. There is no right to bear arms in Canada. Bill C-21 is not about protecting people from gun violence but taking away resistance to tyranny.

Part of the anti-Americanism is actually sibling rivalry. Herbert W. Armstrong made plain in The United States and Britain in Prophecy that the United States and Britain, which includes Canada and the Commonwealth, are actually descendants from two brothers, Manasseh and Ephraim. This rivalry has been enhanced by the Communist infiltration of Canada, which has a hostility toward the biblically based Constitution of the United States. This thinking is all part of the narrative that Justin Trudeau and the radical left are using to attack Jeroboam and push their Communist agenda forward.

When Trump returns to power, will there be a schism between Canada and America? Hosea 5:11 says: “Ephraim is oppressed and broken in judgment, because he willingly walked after the commandment.” Ephraim here refers to Britain and the Commonwealth, including Canada. Mr. Flurry wrote in “Who Is the Modern-Day Jeroboam?”: “What ‘commandment’ is that talking about? The commandment of Jeroboam, who changed God’s holy days, perverted the religious worship, and led the nation into idolatry! People in Britain [and Canada] are going to be led astray by Jeroboam. They are going to be led more deeply into sin.” Bible prophecy shows that Canada will follow Trump’s lead in the future, despite the radical-left direction under Trudeau.

Please read our books The United States and Britain in Prophecy and America Under Attack to learn more.