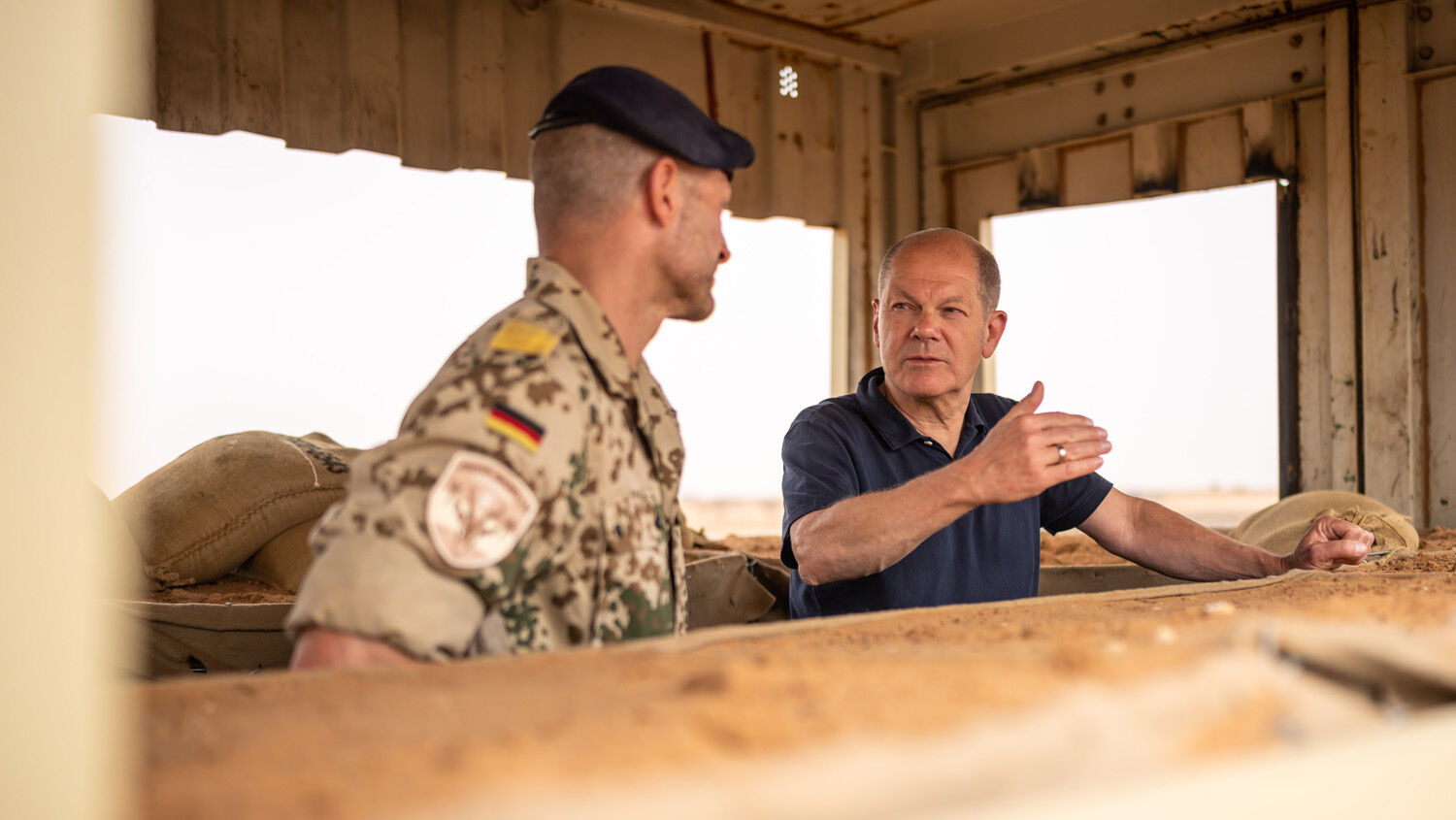 As other European nations leave, Germany intensifies its fight against radical Islam.

Chaos reigns in Africa’s deadly Sahel region. After two coups in Mali and disputes with Bamako’s military government, European leaders are bringing their troops home, with one exception: Germany. Chancellor Olaf Scholz announced on May 23 that he will continue the missions in Mali and Niger and send an additional 300 soldiers to continue the fight against radical Islamic terrorism.

Germany plans to reduce the number of soldiers it contributes to the European Union mission in Mali from 600 to 300. However, these soldiers will not be going home. Instead, they will supplement the defense of Niger, where Germany has military bases. Niger also receives German funding for infrastructure development.

To compensate for this redeployment, Germany is also sending 300 more troops to Mali, not as part of an EU mission, but as part of a United Nations peacekeeping force, bringing the total number of German troops in Mali to 1,400.

If necessary, soldiers in Niger could also be redeployed quickly via German or French transport aircraft based there. Three-hundred soldiers may seem small in comparison to an army, but as far as counterterrorism operations go, this is a notable number.

Scholz visited Niger, commenting in a speech there on May 23 that Germany’s operation in the country has been “very successful and conducted with a lot of motivation.” He confirmed that it will continue through the end of the year and will likely be extended again, adding that it should serve as a model for other regions.

Germany’s decision to expand its mission in Niger and remain in Mali can be justified by the current state of chaos in the Sahel. Constant disputes between Malian and European leaders have greatly weakened the G-5 Sahel force, a European-funded alliance against terrorism. After riots in Mali, Denmark began repatriating its soldiers in January, followed by France in April. French troops were the backbone of the anti-terrorism campaign in Mali. As they depart, Islamic terrorism is spreading.

Scholz’s announcement is significant because it implies the strategic importance of this arid African region. Mali and Niger border vast deserts where Islamic terrorists hide from state security and European forces. These countries are also routes for migrants on their way to Europe. And just above them are Algeria and Libya, where Europe exploits vital gas reserves.

Germany is now the main force keeping Mali, Niger and much of North and West Africa out of the hands of radical Islamists.

Despite the current chaos, Germany’s war against radical Islam is about more than securing gas reserves or protecting Europe’s borders. It fits with a trend the Trumpet has watched for decades, which was prophesied thousands of years ago in the Bible.

In the Bible, “the king of the north” refers to Europe, led by Germany. This European superpower is prophesied to fight against “the king of the south,” which is Iran and the forces of radical Islam. (These identities are proved in our free booklet The King of the South.) Germany is already clashing with radical Islam to a certain extent. But the Bible reveals that this is only the beginning.

Daniel 11:40 says, “And at the time of the end shall the king of the south push at him: and the king of the north shall come against him like a whirlwind, with chariots, and with horsemen, and with many ships; and he shall enter into the countries, and shall overflow and pass over.” Trumpet editor in chief Gerald Flurry wrote in “The Whirlwind Prophecy” that by establishing bases and diplomatic relations in Africa, Germany is surrounding Iran, preparing for an overt clash with it and with the radical Islamic forces it supports.

Germany’s “whirlwind” attack against Iran will shock the world, but it need not come as a surprise. Mr. Flurry’s free booklet The King of the South explains how you can recognize this prophecy moving toward fulfillment today.