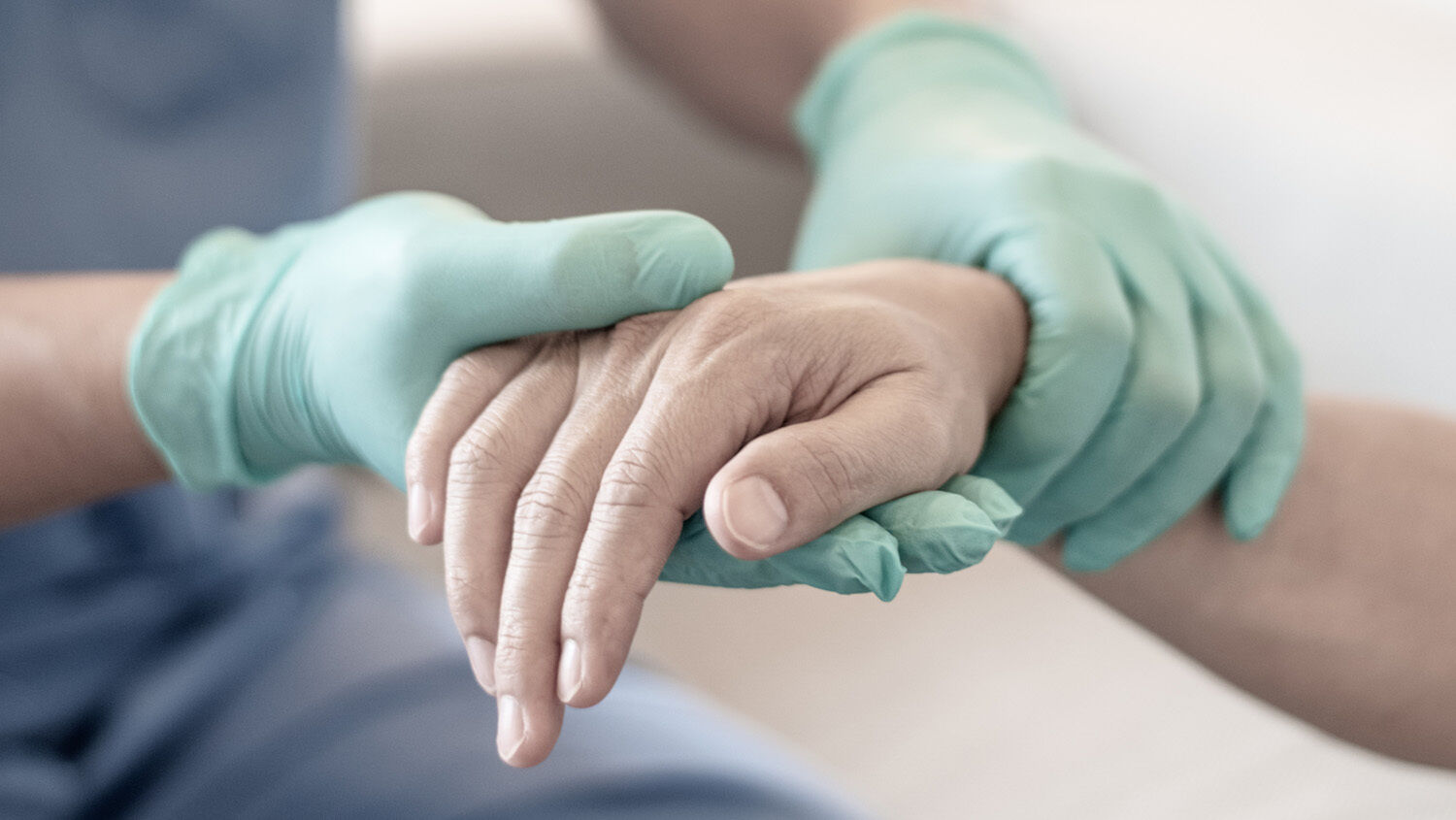 The shocking truth behind the Medical Assistance in Dying program

In elementary school, I remember reading Lois Lowry’s novel The Giver as a class assignment. It was a strange read that I don’t recommend. The story outlines a seemingly utopian society that was actually dystopian. I was shocked near the end of the book when it was revealed that the society euthanized its elderly and disabled. As a young kid, it was alien to think that a society could view euthanasia as a good thing; it was something only found in fiction novels. Yet in my lifetime, that is exactly what Canada has become.

“As with most slippery slopes, it all began with a strongly worded denial that it exists,” writes Yuan Yi Zhu at the Spectator. “In 2015, the Supreme Court of Canada reversed 22 years of its own jurisprudence by striking down the country’s ban on assisted suicide as unconstitutional, blithely dismissing fears that the ruling would ‘initiate a descent down a slippery slope into homicide’ against the vulnerable as founded on ‘anecdotal examples.’”

In 2016, Parliament passed Bill C-14, which made euthanasia, medically assisted suicide, legal across the country. The Medical Assistance in Dying program (maid) was born. People could only apply for medically assisted suicide if their death was “reasonably foreseeable.” Opponents of the bill warned that legalizing suicide was a slippery slope: It might be restricted to those terminally ill now but would keep broadening and be open to abuse.

Six years later, Canada is diving down the slippery slope headfirst. The turning point was a court decision in 2019. The National Post wrote: “What changed was another court decision, this time from the Quebec Superior Court, which struck down the ‘reasonably foreseeable death’ provision as being unconstitutional.” Two disabled individuals in Quebec who were denied maid requests brought the law to court.

The Conversation explained: “Justice Christine Baudouin ruled that the law violated the right to life, liberty and security of the person, and discriminated against people with disabilities who aren’t near death.” The Charter of Rights and Freedoms was used to enable people the right to commit suicide. This ruling eroded most of the legal safeguards to prevent desperate people and the medical bureaucracy from abusing the maid program. It is now based upon an individual’s perception of his or her quality of life.

The Spectator continued: “A man with a neurodegenerative disease testified to Parliament that nurses and a medical ethicist at a hospital tried to coerce him into killing himself by threatening to bankrupt him with extra costs or by kicking him out of the hospital, and by withholding water from him for 20 days.” There are other widespread reports of abuse by physicians and of conditions being so poor at long-term care homes that people would rather die than keep living in such horrendous circumstances.

“[British Columbian] woman Donna Duncan was approved for a medically assisted death in October, following months of physical and mental decline that began with a concussion suffered in a car crash and family say was exacerbated by an inability to access treatment due to months-long waiting lists,” reported the National Post. “After failing to stop their mother’s scheduled death via court injunction, Duncan’s daughters Alicia and Christie Duncan contacted the police on the grounds that nurse practitioners had approved Duncan’s request for a medically assisted death without adequately assessing her mental state.”

This is similar to a British Columbian man named Alan Nichols, who was severely mentally ill. Mere days after his family admitted him to the hospital following a severe psychiatric incident, the family found out he had consented to doctor-assisted death, even though he had a severe mental illness. The National Post detailed other cases:

A ctv investigation found that that in February, a 51-year-old Ontario woman opted for a medically assisted death after she failed to secure affordable housing that accommodated her multiple severe chemical sensitivities.

In 2020, Maclean’s profiled the case of a disabled woman who applied for medically assisted death because she felt overwhelmed by the cost of food and lodging. “I have no other reason to want to apply for assisted suicide, other than I simply cannot afford to keep on living,” she said.

These shocking stories are only the ones that have been made public. Yet despite the evidence that doctor-assisted suicide was being grossly abused, the Canadian government still expanded the euthanasia law to make it even easier to have a doctor-assisted suicide. In March 2021, Parliament passed Bill C-7, which expanded the eligibility for euthanasia, including—starting in March 2023—for Canadians whose “mental illness is the sole underlying medical condition.” This law is so broad that it could be used to include schizophrenia, anorexia, bipolar disorder, depression, etc. That means, as half of Canadians admit battling mental illness coming out of two years of lockdowns and oppressive government restrictions, next year could see a large spike in maid requests.

When other laws are taken into consideration, the medical bureaucracy has an incredible amount of power over Canadians’ lives. Bill C-3, created during the pandemic, amends the criminal code to make it an offense to harass health workers and includes a section that makes it illegal for anyone to provoke a state of fear in “a person in order to impede them from obtaining health services from a health professional.” Does that mean parents could go to jail for trying to stop their depressed teenager from seeking doctor-assisted suicide?

Since the maid program was introduced, a growing number of Canadians choose euthanasia each year. Statistics Canada reported: “Based on the available data, the number of medically assisted deaths in Canada has been increasing steadily since the legislation was introduced. In 2017, 2,838 medically assisted deaths were reported by Health Canada, compared with 4,478 deaths in 2018. In 2019, there were 5,425 medically assisted deaths in Canada, accounting for 1.9 percent of all deaths. In 2020, this increased to 7,383 deaths (2.4 percent of all deaths in Canada), representing a 36 percent increase in the number of maid recipients from 2019 to 2020.” All of these numbers are underreported due to data-gathering limitations. The average age of an individual who applied for maid is 75 years old, with 69.1 percent of applicants suffering from cancer. Most people who applied were suffering from loss of mobility and bodily function.

The expansion of euthanasia has been supported by Canada’s medical bureaucracy. The Spectator continued:

Even before Bill C-7 entered into force, the country’s Parliamentary Budget Officer published a report about the cost savings it would create: whereas the old maid regime saved $86.9 million per year—a “net cost reduction,” in the sterile words of the report—Bill C-7 would create additional net savings of $62 million per year. Health care, particular for those suffering from chronic conditions, is expensive; but assisted suicide only costs the taxpayer $2,327 per “case.”

Despite the health-care system dealing with the life and death of individuals, at the end of the day it is a business with a bottom line. Hospital-based care for people facing imminent death is very expensive, and most provinces have limited palliative care. Euthanasia is seen as an easy way to cut operating costs. Such callous reports are not uncommon in the medical bureaucracy, yet it equates the value of a human life to the cost of health procedures. Canadians pride themselves on their universal health-care system. Yet this same system supports the expansion of suicide for budget benefits.

You may or may not support doctor-assisted suicide, but the most important question we need to ask is, what does God think about the practice? Dennis Leap wrote in the 2013 Trumpet print article titled “The Truth About Suicide”:

How does God look at suicide? To God, suicide is not brave, courageous or romantic.

Suicide is not self-deliverance. Suicide is murder!

The Bible forbids this evil act, but few today live according to the Bible. Our loving and living God calls suicide a heinous sin—a violation of the Sixth Commandment—which not only brings a life to a tragic end, but also spreads indescribable suffering to those left behind.

All suicide, whether assisted by a professional doctor or not, is murder according to God’s law. Canada’s laws on euthanasia is another example of how Canadian society is increasingly anti-God. The maid program is one example of how the radical-left government in Canada is bringing more curses on the nation because it encourages the breaking of God’s laws. Even if the government legalizes an action contrary to God’s law, that does not remove the consequences of violating that law. The late Herbert W. Armstrong explained this in his book The United States and Britain in Prophecy: “So now, if 20th-century Ephraim and Manasseh—Britain [including Canada and the Commonwealth] and America—refuse to turn to God in obedience—refuse to live the way that causes, retains, and increases blessings, God will punish them in a manner far more intense—and even strip entirely from them this colossal, unprecedented national blessing—returning them to captivity and slavery—as continuing verses of this prophecy show.”

And you need, also, to know why a just and loving God is going to punish His chosen people—people He chose for a glorious purpose they have refused to perform.

The very fact of punishment implies correction. We need to understand that correction is applied to correct wrong ways harmful to us—to turn us around into right ways that will cause desired blessings! Understand! God punishes every son He loves (Hebrews 12:6).

Understand also human nature! Human nature wants to be good—to consider itself and be considered good, while it wants only to do evil. It wants the good result. But it wants to receive the good while it sows the evil. It somehow fails to grasp the truth that as we sow, so also shall we reap! It’s all a matter of cause and effect!

Right now, Canada is suffering the effect of breaking God’s laws: rampant inflation, massive debt, food too expensive to purchase, shortages of necessities, high depression and misery, and oppressive government to name a few. The slippery slope of euthanasia will only intensify the suffering of Canadians. Most people who choose to use doctor-assisted suicide are in severe pain, losing bodily function and independence, or are living in desperate conditions. In a word, they simply have no hope! The only real hope is found in God and the Bible. As curses increase in Canada and other nations, there is a way to escape them. There is real hope in repentance toward God, turning from the ways that bring curses to the way that brings abundant life and happiness. Even for those who are going through indescribable health problems, the Bible offers the only real living hope that can change your life.

To learn about this hope, please read The United States and Britain in Prophecy and “The Truth About Suicide.”