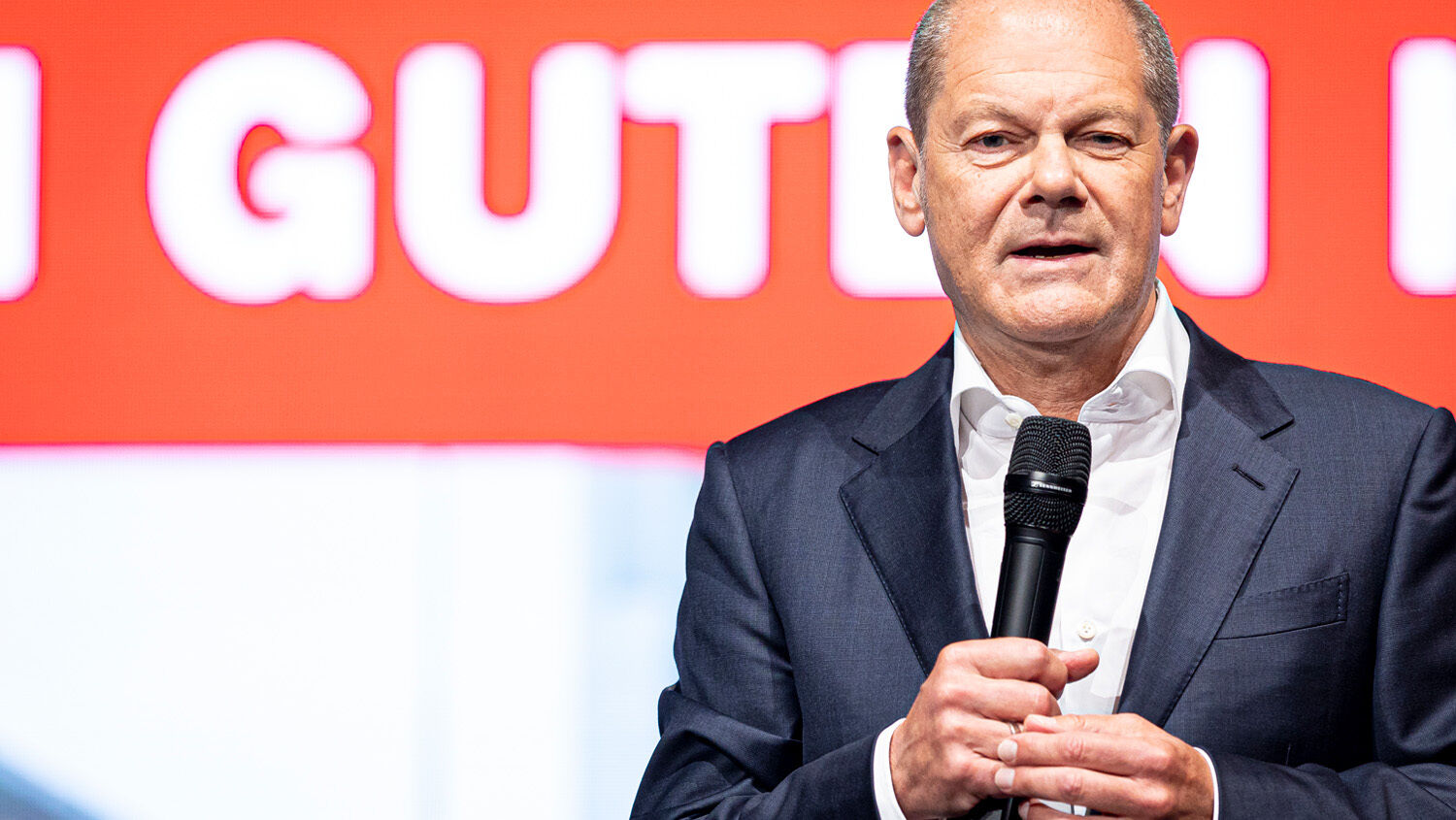 In the mind of Germany’s elite, the war has already been decided.

Germany is betting on a Russian victory. While many feared that this might be the case, Roderich Kiesewetter, a Christian Democratic member of the Bundestag, was the first high-ranking politician to say it out loud. “I’m afraid that the chancellor doesn’t want Ukraine to win this war,” he told tv host Anne Will on May 22. “I think the chancellor is playing for time” (Trumpet translation throughout). Months into the war, Germany continues to delay crucial help to Ukraine and continues to finance Russia’s war through its gas imports. Many fear that Germany is betraying Ukraine, but reality is even worse.

Boris Reitschuster, German journalist and author of Putin’s Hidden War, wrote: “Until now, it was the white elephant standing in the room that no one was allowed to bring up (which I did anyway)—without risking being declared crazy: The German government is playing a double game when it comes to Ukraine; more precisely, not the whole government, but Chancellor Olaf Scholz and the Social Democrats. And the major media—with a few exceptions—are playing along.”

“On the one hand, the chancellor, whose trademark is the cynical smiling away of critical questions, emphasizes that Germany is doing the maximum for Ukraine,” Reitschuster explained. “In reality, he slows down and torpedoes wherever he can. In a democracy, it is legitimate to have different opinions on the subject—and either to support maximum aid or not. But no matter where you stand on the issue: Scholz’s lying and mockery of the public is intolerable. As is the fact that most of the media are playing along and covering it up.”

Over and again Scholz has promised to do everything he can to help Ukraine; yet his actions contradict his promises. “Germany could have sent heavy military equipment like Marder and Leopard [tanks] to Ukraine a long time ago. But the chancellor had not given his blessing to such deliveries. Despite his public declarations,” Reitschuster wrote.

In “Chancellor Defiant: Doesn’t the Chancellor Want Ukraine to Win?”, Bild listed on May 24 a few of the German government’s recent contradictions:

Opposition leader Friedrich Merz called out Scholz’s hypocrisy in an interview with Welt, saying, “So far, virtually nothing in the way of heavy weapons has been delivered from Bundeswehr stocks. We hear from industry that companies have been waiting for export licenses for weeks. At the same time, the impression is being created that everything will happen very quickly. The chancellor may well be of the opinion that no weapons should be supplied at all. I do not share this opinion.” Merz then lamented that Germany has sent the Gepard anti-aircraft tank to Ukraine. Yet according to Merz, “the Ukrainian government didn’t even request” it, and to use the tank “is extremely complicated” and has “no ammunition.”

Ukrainian ambassador to Germany, Andrij Melnyk, said in an interview with Welt on March 8 that political Berlin “says, ‘We stand by your side.’ In reality, you watch until we surrender. Maybe that’s what they want in political Berlin. But that will never happen.”

Amazingly, Welt then asked Melnyk: “Given their military inferiority, wouldn’t an honorable surrender be the most sensible thing the Ukrainian government can do to protect its citizens?” This highlights an attitude among Germany’s elite: They hope Ukraine will surrender. They are betting on a Russian victory and doing everything they can to help Russia. By delaying weapons to Ukraine and by buying Russian oil and gas, they are ensuring that Russia has the upper hand.

The Trumpet has been proclaiming for decades that Germany and Russia have made a deal. In 2008, after Russia invaded Georgia, Trumpet editor in chief Gerald Flurry wrote, “I believe that Germany’s leaders may have already agreed to a deal with Russia, a modern Hitler-Stalin pact where Germany and Russia divide countries and assets between themselves. This agreement would allow each to turn its sights on other targets. Any such deal that may have been struck between Germany and Russia is a precursor to war!”

In 2018, Mr. Flurry warned: “History shows that Germany and Russia are not actually partners. When they enter into peace deals and economic partnerships, it is a signal that either or both are preparing for some kind of imperialistic exploit.” At the time, Germany was increasing its dependence on Russian gas. Today, we see how this dependence has allowed Russia’s “imperialistic exploits.”

While to many it seems unbelievable that Germany is allowing Russia to advance into Eastern Europe, as Mr. Flurry has warned, Germany has its own imperialistic ambitions.

Germany has grown to be an economic powerhouse and the natural leader of the European Union. Recently it has pledged to become an even more powerful military leader. But because it lacks a strongman leader many don’t consider Germany a threat and therefore have ignored the many warning signs. But when you look closely you see that Germany is about to transform, just as Mr. Flurry described in “Germany and Russia’s Secret War Against America.” Mr. Flurry warned:

Jeremiah 1:13 records God showing the prophet a vision of “a seething pot; and the face thereof is toward the north.” This symbolic language is describing modern Germany. Beneath the surface, that nation is full of simmering dissatisfaction with the current world order. Germans are angry at the U.S., and especially furious with President [Donald] Trump. The imperialistic ambition that prompted Germany to start both world wars is alive and well. It is “seething”!

It’s a terrible mistake to ignore the warning signs we see today. I encourage you to read Mr. Flurry’s article “Germany Is Transforming Before Your Eyes” to learn how a peaceful country is prophesied to shock this world.