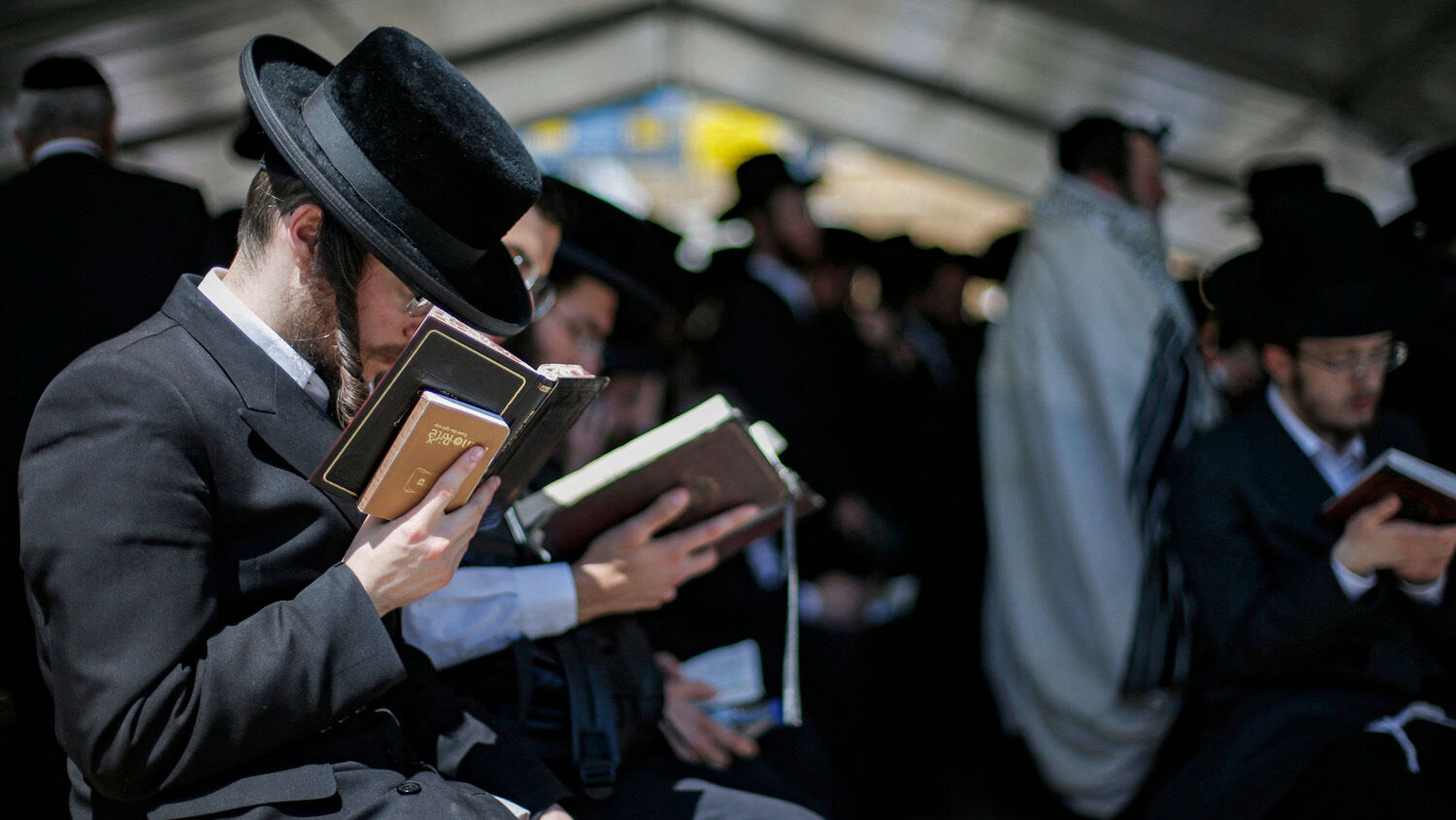 Ultra-Orthodox Jews pray at the gravesite of Rabbi Shimon Bar Yochai at Mount Meron in northern Israel on May 18.
JALAA MAREY/AFP via Getty Images

Our world hasn’t changed when it comes to anti-Semitism.

The World Council of Churches (wcc) is accused by organizations and politicians of anti-Semitism, Germany’s Badische Neuste Nachrichten reported on May 21. In response, the council pointed to its 1948 founding documents that state, “Anti-Semitism is sin, against God and man.” Yet the wcc believes it is justified in demanding that Israel stop its “military occupation of Palestinian territory.” The wcc isn’t the only so-called “Christian” organization to blame the Jews for the conflict in the Middle East.

The World Council of Churches influence shouldn’t be taken lightly. Not only does the council represent the interests of over half a billion Christians from 352 member churches; it also has close relations to the Catholic Church. Pope Francis attended the council’s 70th anniversary in 2018, advocating for greater unity.

“Unfortunately, in some circles, almost any criticism of the State of Israel regarding the occupation and the treatment of Palestinians is considered anti-Semitic. We reject this assumption,” wcc acting secretary general Ioan Sauca said. After the killing of Palestinian-American journalist Shireen Abu Akleh on May 11, Sauca said: “No fewer than 86 Palestinian journalists have been killed since 1967—the year in which Israel occupied the West Bank and Gaza—with 50 of them having been killed since 2000. Ms. Abu Akleh had reported on events in Palestine and Israel since 1997 and had earned respect among viewers worldwide.”

According to Sauca, “The World Council of Churches calls on the government and authorities of Israel, and all people of good will, to take action to stop the forced displacement of Palestinians from their land and homes in Masafer Yatta, and for the army firing zone—the pretext for these demolitions and evictions—to be removed rather than the indigenous population of the area. Injustice can never be a foundation for a secure peace.” Those are strong statements from an outside observer who claims to represent hundreds of millions of Christians.

“There is a one-sided mood against Israel,” Bernd Morlok, chairman of the German-Israeli Circle of Friends, said. The wcc has regularly joined economic boycott calls against Israel. Organizations like Karlsruhe, Stuttgart, Heidelberg and Durmersheim, as well as Green Party politician Volker Beck, have publicly criticized wcc for its ongoing anti-Jewish stance.

The Jewish people and the Jewish state have often come close to being extinguished. Since the State of Israel’s founding in 1948, Arab nations have sought to destroy the tiny nation: 1948, 1956, 1967, 1973, 1982 and 2006—all saw various Arab forces united in their struggle against Israel. The main instigators in the conflicts have been Egypt, Jordan, Iraq, Syria and Lebanon.

In the 1967 Six-Day War, Israel was successful in countering threats to its existence and has since controlled the West Bank. Prior to the 1967, Arab states led Palestinian guerrilla groups to attack Israel. As its neighbors mobilized for war, Israel led a preemptive strike against Egypt and Syria and launched a ground offensive in the Sinai Peninsula, the Golan Heights, the Gaza Strip and the West Bank. Israel won. But it would appear the international community had hoped for a different outcome and hasn’t accepted Israel’s territorial gains. During the so-called peace process, Israel has repeatedly given land to gain peace. Yet the Arab-Israeli conflict continues.

Knowing Israel’s military supremacy, some neighboring Arab nations have refrained from military attacks, opting instead to sponsor terrorism, which has plagued Israel for years. But still many in religion blame the Jews.

The International Holocaust Remembrance Alliance (ihra) has been working on a definition for anti-Semitism. While visiting Jerusalem in April, Thomas Schirrmacher, secretary general of the World Evangelical Alliance (wea), as well as Goodwill Shana, chairman of its international council, refused to sign the definition as follows:

Salim Munayer, regional coordinator of the wea’s Peace and Reconciliation Network for the Middle East and North Africa, said, “The implication of the definition is that Palestinian resistance is not motivated by a desire for justice and fairness, but by some irrational hatred of Jews.”

Pope Francis also made it quite clear what side he takes during a visit in 2014. “In between scheduled engagements, the pope ordered his motorcade to make an unexpected stop in Bethlehem,” Trumpet editor in chief Gerald Flurry explained in “The Dark Side of the Pope’s Visit to Jerusalem.” “He got out of his popemobile and made his way to a section of Israel’s security wall. This is an often-photographed section of the wall with heavy graffiti that compares Palestinian Bethlehem to the Jewish Warsaw ghetto. Near a spot where someone had very recently sprayed ‘Free Palestine,’ the pope touched the wall and began to pray. Of course, cameras were everywhere capturing that moment.”

The churches and many governments in Europe overwhelmingly agree that Jews are the problem and claim that only a two-state solution can bring peace. But is that true? Mr. Flurry analyzed this stance in “Will the Trump Peace Plan Bring Peace to Israel?” As the article shows, even the most positive-leaning peace deals open the doors for more terrorism and even greater hostilities. No matter where Jews live, it would seem they are unable to live in peace.

Bible prophecy warns that the Vatican and her daughter churches will play a major role in the future of Jerusalem. Europe’s Holy Roman Empire has a history of anti-Semitism that goes back centuries. This empire is prophesied in the Bible to resurrect one final time. To learn more, read Mr. Flurry’s article “The Dark Side of the Pope’s Visit to Jerusalem.”