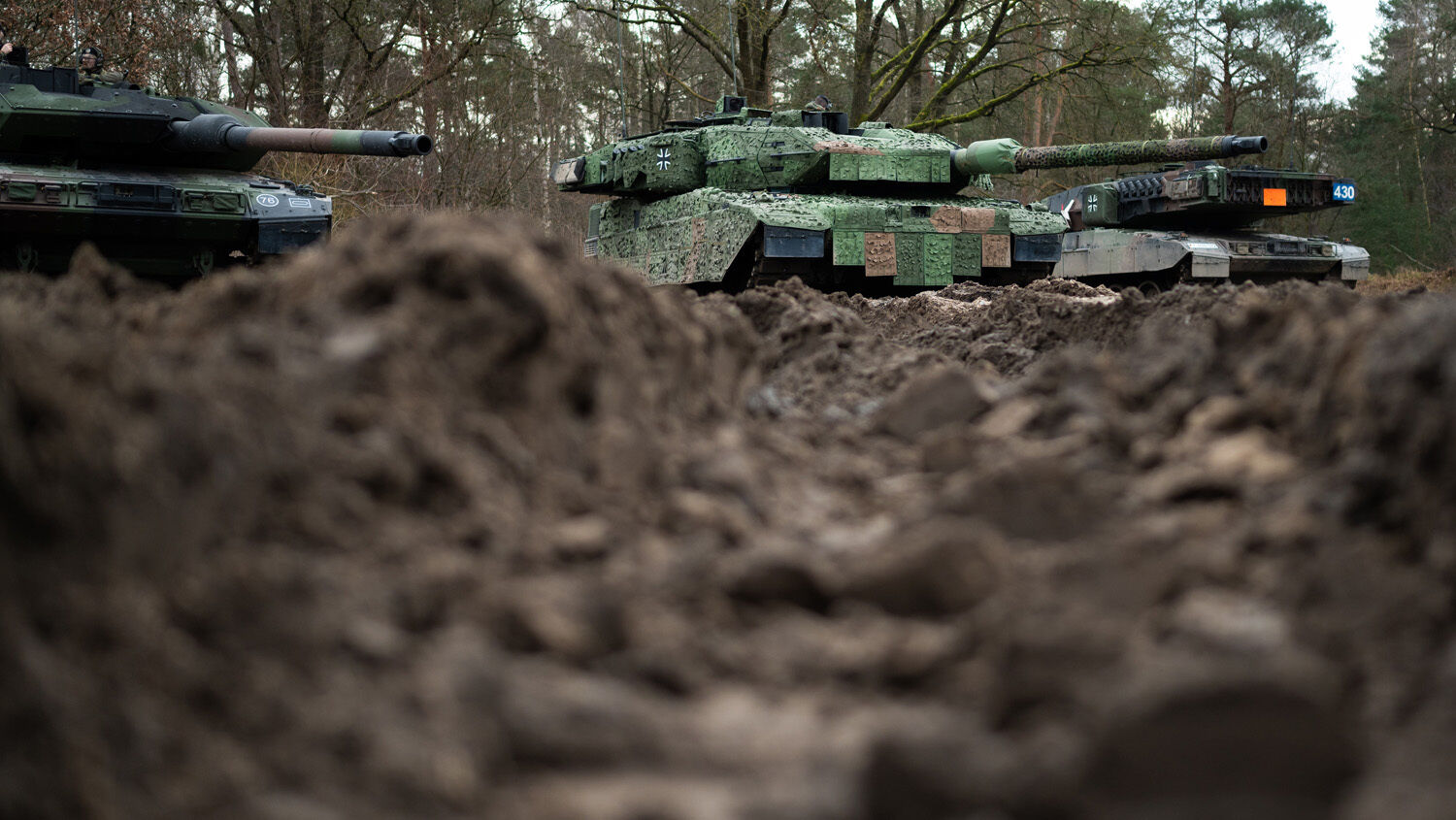 German-led European militarization is accelerating, aided by the U.S.

Germany has proposed a new way to help Ukraine: Third-party nations give their old Soviet tanks and equipment to Ukraine and receive more modern equipment from Germany, in what it is calling a “ring swap.” The Czech Republic is the latest participant, approving the swap on May 18. “The Czech Republic is supplying heavy weapons, and we are helping to fill the gaps with Leopard tanks from German industrial stocks,” German Defense Minister Christine Lambrecht said. “We will also work even more closely with our Czech allies in the future on armaments but also on structural cooperation between our armed forces.” The German Leopard is already used in Poland and Hungary. Germany has previously blocked and delayed sending weapons directly to Ukraine.

The deal with the Czech Republic has been delayed for weeks. It is questionable how helpful the end result will be for Ukraine, but it appears evident that the rest of Europe is drawing closer together.

“Germany has long been our most important economic partner,” Czech Defense Minister Jana Cernochova said. “However, not in defense, and we want to change that.” According to the Czech Defense Ministry, Prague has pledged the equivalent of $145.8 million worth of military aid to Ukraine since the Russian war of aggression began. Czech media reports claim that Soviet T-72 tanks and other heavy armaments have already been delivered to Ukraine.

According to Cernochova, Germany will deliver 15 older Leopard 2 A4 tanks, including spare parts and ammunition, and train Czech soldiers. The agreement will be settled in the summer along with negotiations on the possible purchase of up to 50 new tanks of the modern Leopard 2 A7+. A similar exchange is planned with Slovenia.

But all of Europe’s efforts to help Ukraine pale in comparison to what the United States is providing. On May 19, the U.S. Senate passed a $40 billion Ukraine aid package. That same day, German Chancellor Olaf Scholz and Dutch Prime Minister Mark Rutte agreed not to deliver any more heavy weapons to Ukraine for the time being, other than those that have already been approved. Donald Trump rightly asked: “Why are we giving more than $40 billion to Ukraine while Europe, in comparison, is giving very little?”

For years, Europe has relied on the U.S. to protect it from Russia. “nato is costing us a fortune,” Mr. Trump lamented to the Washington Post in March 2016. “And yes, we’re protecting Europe, but we’re spending a lot of money. Number one, I think the distribution of costs has to be changed.” Even as Russia invades Ukraine, Europe has done little to stop Russia’s advance. Instead, European nations have saved their money, worked on a stronger internal union revolving around Germany, and now seek to advance military unification—while the U.S. pays the bill.

The fact that the Czech Republic is tying itself militarily to Germany is also interesting in light of Bible prophecy. Daniel 2 forecasts the four major empires of the world that would exist from Daniel’s time until the return of Jesus Christ. This prophecy uses the image of a fearsome statue of a man. The legs of this statue picture two regions with two capitals: the Roman Empire, with its Western capital in Rome and its Eastern capital in Constantinople. The traditions of the Roman Empire have been resurrected in the Holy Roman Empire throughout history. The European Union, established, in part, through the Treaty of Rome, keeps this empire alive today. The final resurrection of that empire, according to a prophecy in Daniel, will also have two major parts: five nations in the west and five in the east—pictured by the statue’s 10 toes.

In Aug. 27, 1980, late educator Herbert W. Armstrong wrote that Czechoslovakia (which has since divided into the Czech Republic and Slovakia) might be part of the 10 nations described in Daniel 2: “Will Poland free itself from Soviet domination and join with Yugoslavia, Romania and possibly Czechoslovakia—and with Germany, Italy, France, Spain, Portugal and Austria—in a resurrected medieval ‘Holy Roman Empire’ to dominate Europe and equal the ussr and the U.S.A. in world power?” Much has happened since Mr. Armstrong wrote that. Yugoslavia was brutally broken up to the discontent of Russia. Poland, Romania, the Czech Republic and Slovakia are now part of the EU. Elsewhere, Mr. Armstrong made similar statements about Hungary, which is also part of the EU.

But this is just the beginning of the fulfillment of these prophecies. Revelation 17 prophesies that these nations will unite under Germany. The Bible warns that this will be a military empire. Recent events are speeding the fulfillment of these prophecies. To learn more about this important trend, read our article “Europe’s Ongoing Unification Project.”