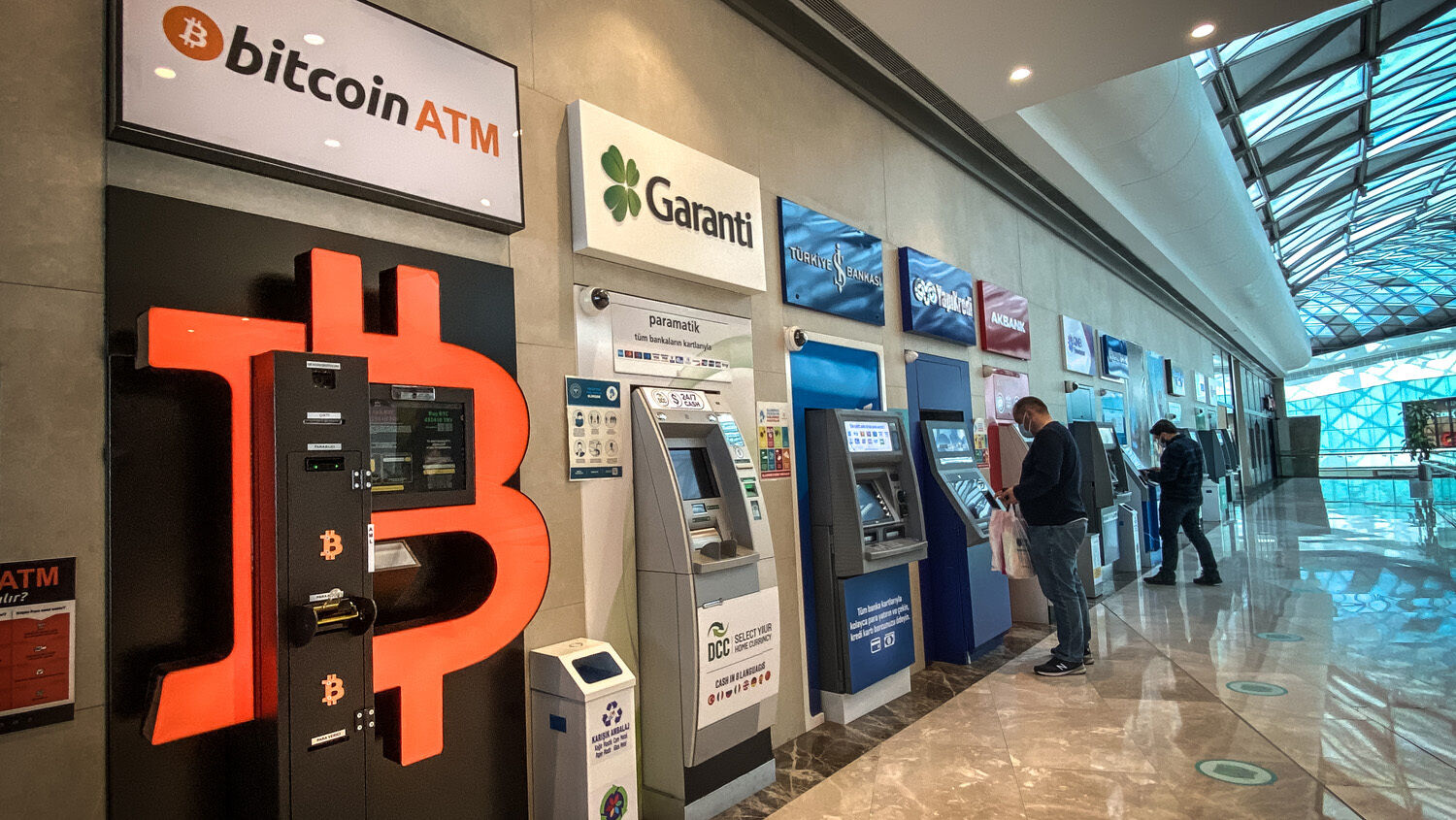 People use bank atms next to a Bitcoin atm at a shopping mall.
Chris McGrath/Getty Images

Alternatives to state-controlled commerce are vanishing.

Cryptocurrencies are failing. Bitcoin, the most well-known cryptocurrency, declined to the lowest level since December 2020. Some still hope it will recover, but other currencies are also struggling. In total, $1 trillion has been wiped out of the cryptocurrency market in a month. Many investors are in despair. But the implications of this are even bigger. People thought cryptocurrencies would give them independence from a state-controlled monetary system. But now, this isn’t going to happen.

Some cryptocurrencies, like Bitcoin, have been around for more than a decade and interest in them has declined. But even Ethereum, which kept up with modern trends, lost 20 percent of its value in 24 hours. Terra luna lost 99 percent of its value over the last seven days.

Rising interest rates have caused investors to turn to global government bonds, which is said to have been part of the reason why the crypto market collapsed so rapidly.

There’s speculation that luna’s wipeout is the result of a deliberate attack—similar to George Soros’s attack on the pound in the 1990s. Soros bet a large amount of money against the pound sterling, which caused the currency to devalue. In the case of luna, a large investor may have walked away with close to a $1 billion in profit; smaller investors would have seen their money vanish.

luna is a so-called “stablecoin.” Stablecoins are supposedly more “stable” than cryptocurrencies because they’re linked to the United States dollar or another national currency. The problem is, when they fail, they fail hard, which is what happened to luna.

The long-term effects of the recent crashes remain to be seen. Some cryptocurrencies may recover; others will not. Even those who hope to recover face the next hurdle: government regulation.

Facebook’s goal with Libra was to connect its nearly 3 billion Facebook users through the exchange of money. Libra failed because of the threat of government regulation. “Facebook wasn’t prepared to address concerns about money laundering, consumer protection and other potential financial risks,” the Washington Post wrote on January 28.

The EU hasn’t passed any specific regulations for cryptocurrency yet, but the discussion alone has concerned some in the community. One distinguished statesman has invested much time and money in the world of cryptocurrency. But he also predicted that government control would come out on top in the struggle for supremacy.

I know that some in this room present themselves proudly as anarchists. … In theory, it sounds fantastic, and crypto maximalists would say that we need to achieve a cryptocurrency that stands alongside fiat currency. We heard about that yesterday. I kind of like that idea, but then again, you’re talking about one of the last remaining elements of power that has not been taken away yet or challenged by the Googles and Facebooks and Amazons—going back to “from government to Googlement” that is still remaining there and that is monetary policy.

Do you really expect, specifically the major players, to wholeheartedly embrace the idea of giving that more or less away and putting themselves as a system at risk?

Guttenberg told Europe’s emerging technology sectors: “I can only promise you one thing, governments are utterly slow, not very often highly logical,” but once the technology reaches a certain level, “then you will face an extremely fast reaction by a government, whether it’s logical or not, but it will come, and you better be prepared.” This is exactly what we see happening today. It appears the EU is leaning toward regulating stablecoins to prevent them from reaching a certain level where they could be a serious alternative to a fiat currency like the euro.

After the recent crash, one can already see the arguments for increased government involvement. Trust in crypto is vanishing. Due to the insecurity of the market, governments need to protect their citizens from fraud, privacy concerns, etc. Yet regulation is exactly what so many investors in crypto hoped to avoid. Does that mean the end of the financial revolution?

In the short term, these trends might sweep out the crypto market. Some will be able to adapt to the regulations; others will vanish. Perhaps this is the end of the hype around Bitcoin and DogeCoin and the hope for the more innovative Etherium and Ripple. But judging by long-term global trends, we may see a different kind of revolution.

Authoritarians are dreaming of new ways to exploit the technology. China is working on advancing its digital currency and banned cryptocurrency trading and mining last year. Russia has its CryptoRuble. The Biden administration is working on a digital dollar and is looking into regulations for cryptocurrencies. The EU is pursuing the same strategy.

There is almost no more future-oriented discussion today than the revolution in finance; however, Bible prophecies from thousands of years ago reveal that governments will win the battle over monetary control. The Bible reveals that in the future, the world’s governments will likely get more control, not less.

The Bible has specific prophecies for our nations today. Revelation 17, for example, speaks of the unification of 10 kings right before the return of Jesus Christ: “And the ten horns which thou sawest are ten kings, which have received no kingdom as yet; but receive power as kings one hour with the beast. These have one mind, and shall give their power and strength unto the beast. These shall make war with the Lamb, and the Lamb shall overcome them: for he is Lord of lords, and King of kings: and they that are with him are called, and chosen, and faithful” (verses 12-14). “Kings” refer to authoritarian rule; that is exactly what these 10 leaders will bring.

A prophecy in Revelation 13 speaks of a mark of the beast—and the state controlling who may buy and sell. There is no indication people will be able to bypass the government with their own cryptocurrency or even cash. This shows that toward the end of man’s rule, governments will have more control, not less.

In Who or What Is the Prophetic Beast? the late Herbert W. Armstrong showed that this prophetic empire that will enforce the mark is the same empire that is now working to regulate cryptocurrencies. In “Is KT zu Guttenberg About to Come to Power?” Trumpet editor in chief Gerald Flurry speculated that the man ruling this empire will be the individual who predicted the government’s regulatory response to cryptocurrencies. Stay ahead of the breaking news by reading the aforementioned materials.